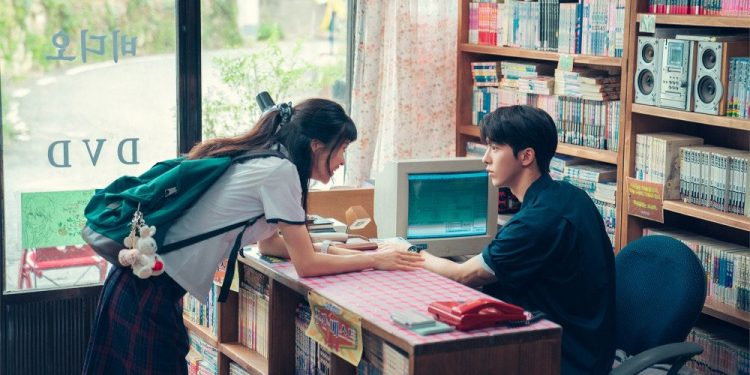 Bringing back the old stories from 1998 to the present time, ‘Twenty Five Twenty One’ will follow a k-drama cliche. When the country was on the brink of economic collapse, it was hard for people to fend for themselves. But time and lives continue to pass by. The story will follow two people, Baek Yi Jin and Na Hee Do. Both struggling to live their life because of the collapse. Hearing that screenwriter Kwon Do Eun, whose previous works include the k-drama ‘Search WWW’, fans’ excitement has just gone through the roof.

‘Twenty Five Twenty One’ has a stellar cast and fans are already been swooning over the leads ever since the announcement. Known for her notable roles in global Korean hits like The Handmaiden, Little Forest, Space Sweepers, and the historical drama Mr. Sunshine. Kim Tae Ri will be taking up the role of the female lead, Na Hee Do. Another badass female character, Na Hee Do is a professional saber fencer who doesn’t hold herself back. And is very passionate about her skill. She is also a part of the national fencing team. On the other side, ‘Weightlifting Fairy Kim Bok Joo’ and ‘Start Up’ fame Nam Joo Hyuk will be taking over the role of the male lead in the show.

He will be playing Baek Yi Jin, a reporter with many talents that needs to survive. Along with working as a UBS sports reporter, he also works as a newspaper delivery boy to fend for himself and his family. Along with working as a salesman, he’s a bodyguard too. Cosmic Girls’ Bona who is well known for her acting debut ‘Girls Generation 1979’ has also joined the ‘Twenty Five Twenty One’ cast. She will be playing Na Hee Do’s fellow athlete Go Yu Rim. Also a part of the national fencing team and a rival of Na Hee Do. Along with her, ‘Real-Time Love’ fame Choi Hyun Wook and ‘Man In The Shower’ fame Lee Joo Myung will also be joining the supporting cast.

What Is The Release Date For ‘Twenty Five Twenty One’?

Finally, after months of creating suspense, tvN has announced that ‘Twenty Five Twenty One’ will release in February 2022. The story of a fencing prodigy going through different stages of love with a sports reporter for the Asian Games. Episode 1 of ‘Twenty Five Twenty One’ will premiere on February 12, 2022, making it a weekend drama. The ‘Twenty Five Twenty One’ Teasers have given a little look at the characters for sure. They meet for the first time when Yi Jin was 22 and Hee Do was 18. But things don’t go well between them as they end up hurting each other. But trying to work things out, a year passes by and they learn to put their trust in each other. Another year passes by and they reach the 25 and 21 when they finally fall in love with each other.