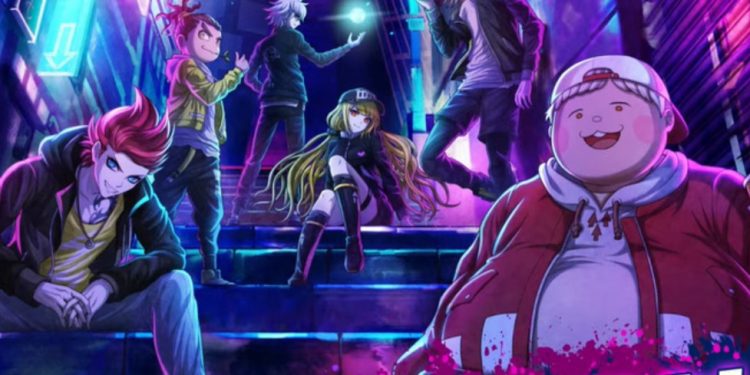 Tribe Nine Episode 1 will premiere this coming week, appearing for the first time on screen. Tribe Nine has also released a video game early in February 2020, with Too Kyo Games developing. Akatsuki publishing produced the game, and after a few days, the first trailer was released. In September, the anime was announced to debut early in January 2022. Liden Films produced the tv series and was directed by Yu Aoki. Michiko Yokote wrote the series’s script, Rui Komatsuzaki and Simadoriru designed the characters. Yosuke Yabumoto adapted the designs for animation, and the music was composed by Masafumi Takada. Tokyo MX and other networks will broadcast the anime this coming week.

This is a story of different tribes that met for the same goal and competed in a tournament they created. The tournament took place for many years, and one man was reigning since no one could dethrone him. The tribes feared the mysterious guy since he was unstable and too good for the new sports. But a group of youth rise to challenge him, believing that they will take him down no matter what it takes. Let’s find more about the new spot that Haru and his friends created.

In Neo Tokyo, a youth group formed a terrible that completely challenged each other on duel sport. The boys name the sports “Extreme Baseball.” All they dreamed about was to become the best; one day, two kids promised that they would meet the strongest guy in the world. Haru Shirogane and Taiga began playing Extreme Baseball and realized they could enter the competitions since the Extreme Baseballs became their food. Since childhood, Haru and Taiga have been best friends and love to explore on an adventure and compete with others.

Santaro Mita, Manami Daimon, Kazuki Aoyama, Tenshin Otori join them and realize they have to come up with something. Haru suggests that the new name of the sport they enjoy playing is Extreme Baseball. Extreme Baseball is an intense sport that every kid enjoys playing. They form a team to compete for a prize, top spot, and trophy. Haru and Taiga believe that they will meet the guy who made them love the sport wholeheartedly. Shun Kamiya has been an inspiration to the youth, and everyone wanted to be like him.

They know that he is the strongest man globally, and everyone wishes to meet with him. Haru and Taiga know that through practice and training while winning the tournaments, they will one day meet the strongest man. The tribes compete against each other to earn the top spot and ranking. Extreme Baseball became like a duel between the tribes, and one tribe had to remain on the top. Shun Kamiya was the world’s undefeated player and vowed never to taste defeat in his life. Haru and Taiga believe that they will one day dethrone Shun.

Tribe Nine Episode 1 will be released on 10 January 2022. They vow to make Shun taste defeat for the first time. Haru, Taiga, and his friend allied to play this cutthroat game against a strange man who had begun taking control of all the tribes. They realize they have to defeat this mysterious man before running out of time since he takes the tribes after defeating them. Let’s look at Tribe Nine Episode 1 official details.