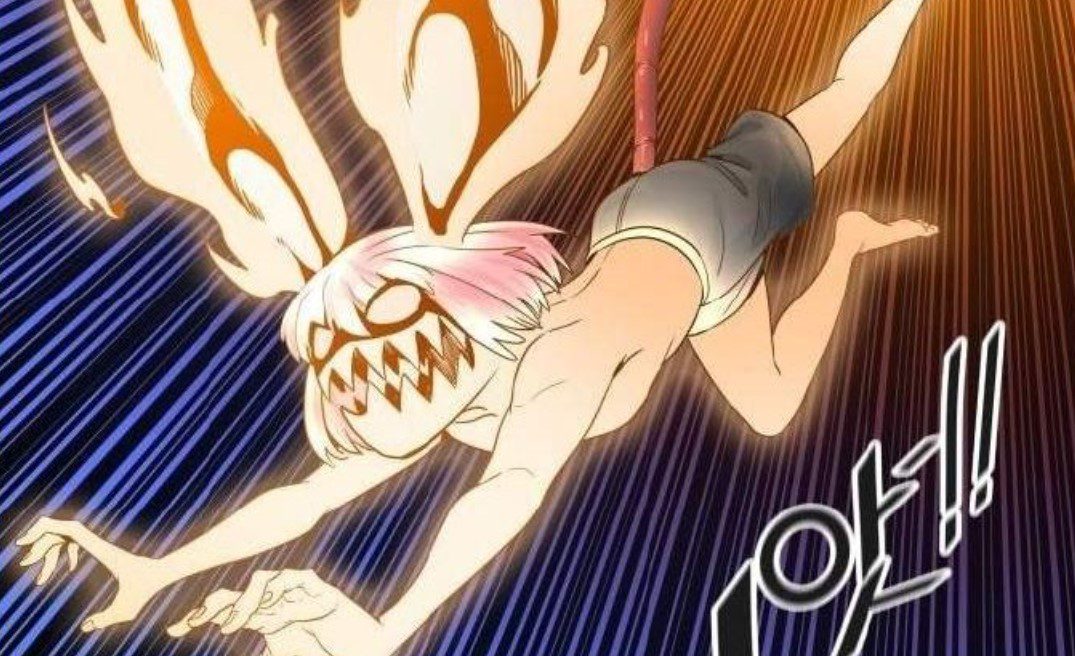 Tower Of God Chapter 512 reveals the Great Rak and special weapon while Bam vs. White continues. The chapter begins with White cursing Bam after realizing that Bam was waiting to thrust his blade into him. He realizes that his power is getting sucked in. Tower Of God has been in this battle since Aira interferes, and the battle is far from ending. From the latest Tower Of God Chapter, Bam comments that he knew that White would hold onto his blade. White still belive that Bam wants to take his powers using his sword as the medium. He swears that he will never allow Bam to come between him and his blade.

On the other side, Nanatao is worried, and Asensio asks Khoon if he is the child of the Khoon Family knows as “Slayer Candidates Companion.” Asensio also talked about  Khoon Aguero Agnis, and as a member of the Khu Family, He joined this war under ”Sister Maschenny under Zahard’s Army.” Khoon asks why he has to join Zahard’s Army, and Asensio replies that he helped Khoon and is joining them. Khoon is confused, and Asensio tells him that they will talk about it later.

He adds that he needs to them to her since Khoon wants to go out and help his friends. Khoon agrees, and Asensio adds that he is giving him the rat, and once he passes through the field, he must do a favor for them. But he must consider it as a decent offer. Asensio thinks that Khoon is doubting him and reminds him not to be doubtful, and he gives him the giant rat and tells him what  Sister Maschenny will do. Khoon thinks that if it is a deal, he can first ask them.

Previously on Tower Of God Chapter 511

Asensio reminds Khoon that there is no time to hesitate since they are both on a mission. Khoon accepted, and Asensio added that he made the right choice. He asks him about the plans of getting out since they have only one rat meaning that only one person can get out. Later the Announcer reveals that  Contestant Khoon has entered the field. Khoon notices Bam and realizes that he has no clues on what is happening. He notices that Bam vs. White is a duel where one wants to take each other’s powers. 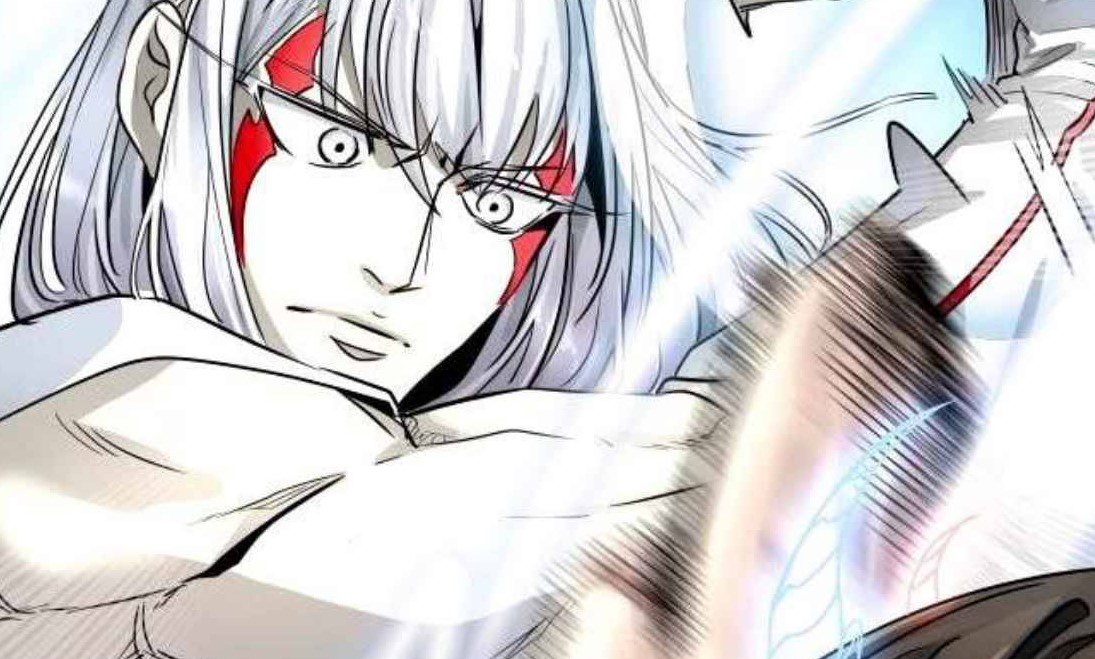 Khoon decides that he has to help Bam and realizes that the Silverfish connect with White’s Sorcery. If he uses it, he can help Bam to devour White’s power. But Khoon realizes that it is dangerous to wield this mysterious power and sends Silverfish to assist Bam. White notices the flames and wonders if it is Khun Aguero Agnis. Khoon feels a tremendous heat in his body but decides to hang on until Bam takes White’s power. Bam screams Uwaaaaaaa, and White be like Keuk, an invader, has appeared out of nowhere.

He reveals how he has held the sword ever since a young age, and no one can understand this better than His Majesty. But their tricks won’t work, and they won’t take his powers away. Cut to Rak and Kaiser; Hockney asks the two if they are alive, and the two reply that they are okay. Rak realizes that they need to go and the same Black Turtle now. Hockney wonders if he can use any item and presses the button that accelerates the Movement Speed x2. Crab is wondering about the next target that he can eat. Hockney exchanged few words with Crab. 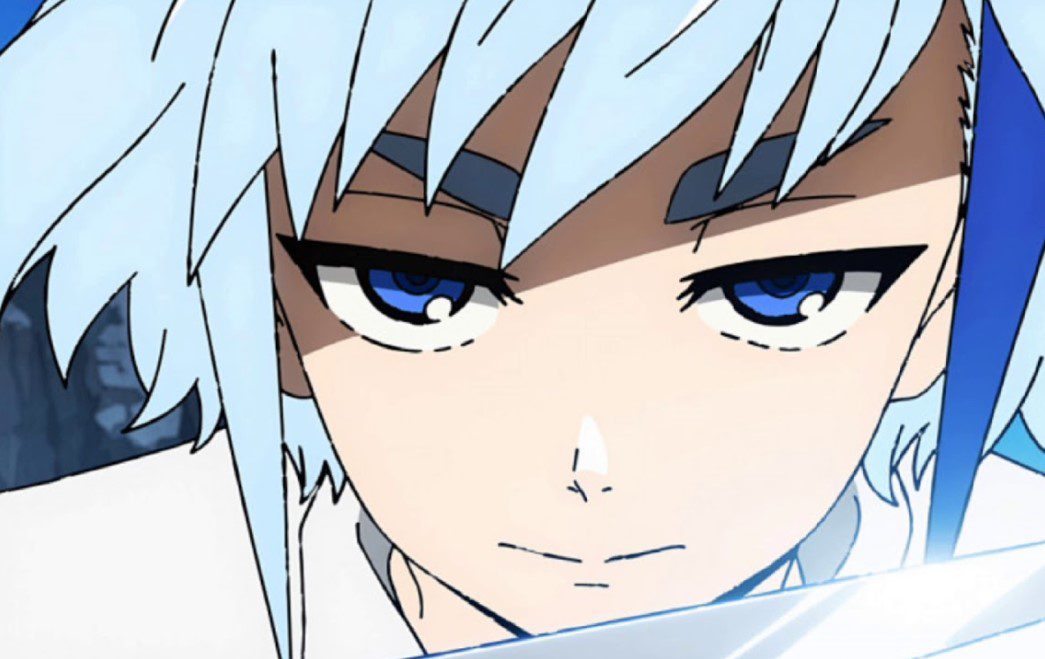 Tower-Of-God Chapter 512 will be released on Sunday, 10 October 2021. Hockney reminds Rak about Bam and striking White with his spear. Rak replies that the ”Great Rak” has brought a special weapon. The “Summon Spearbearer Purchased-GUI: Summon Spearbearer” and told Rak to go help Bam. Rak receives “Ancient Spear Carrier,” and the Researcher asks him if he wants to use the spear used to strike Lord Doom’s head. The duel continues in the next chapter of Tower Of God.