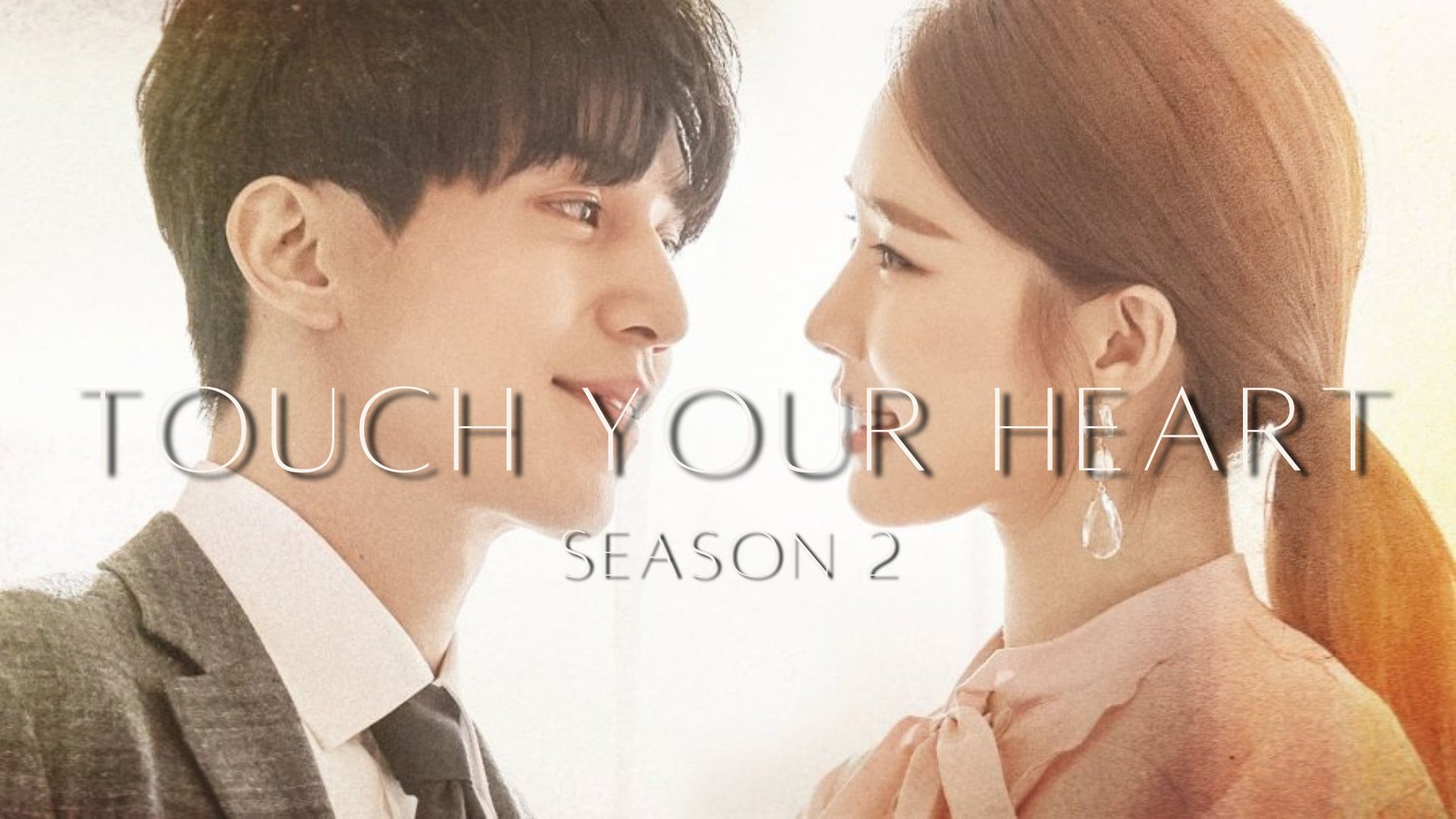 Two years have passed yet, fans are waiting for Touch Your Heart Season 2. The drama had received many positive reviews while it aired due to the lovely chemistry between Yoo In Na and Lee Dong Wook. Previously the two worked together in the fantasy-romance Goblin Korean drama. Even now, In Na and Dong Wook are rumored to be working together in Tale of Nine-Tailed Season 2. Their on-screen chemistry is admired and loved by thousands of fans. The perfect example to prove it is that the fans even launched petitions for the second season of Touch Your Heart. Truly the drama deserves season two.

The Korean drama Touch Your Heart is a simple sweet cotton-candy-like love story of a famous actress, Oh Jim Shim/ Oh Yoon Seo, who joins a law firm to gain experience. However, destiny has decided something else as she falls in love with the cold-blooded, ace lawyer, Kwon Jung Ruk. The drama shows how the two becomes enemies to lovers. Touch Your Heart is based on the web novel of the same title. It is directed by Park Joon Hwa (Because This Is My First Life, What’s Wrong With Secretary Kim) starring Yoo In Na and Lee Dong Wook. Episode 1 premiered on 6 February 2019 on tvN, and the kdrama concluded on 28 March 2019 with 16 episodes. It has made a soft spot in fans’ hearts, and they are still waiting for its season 2!

Will Touch Your Heart Have Season 2?

It has been more than two years, but still, fans are curious about the second season of Touch Your Heart Korean drama. The first season was full of sweet, bubbly romance with a perfect touch of comedy. However, it seems only one season is not enough for viewers. Touch Your Heart is one of the best romance comedy Korean dramas. Yoo In Na and Lee Dong Wook’s chemistry as Oh Jim Shim and Kwon Jung Ruk’s were the highlight of the drama. Throughout the kdrama, the bubbly Oh Jim Shim and cold but sweet Kwon Jung Ruk showcased excellent performances and won over millions of viewers. Therefore, fans even started various petitions to have the second season of it. However, from the ending, it seems a little hard to have one more season. 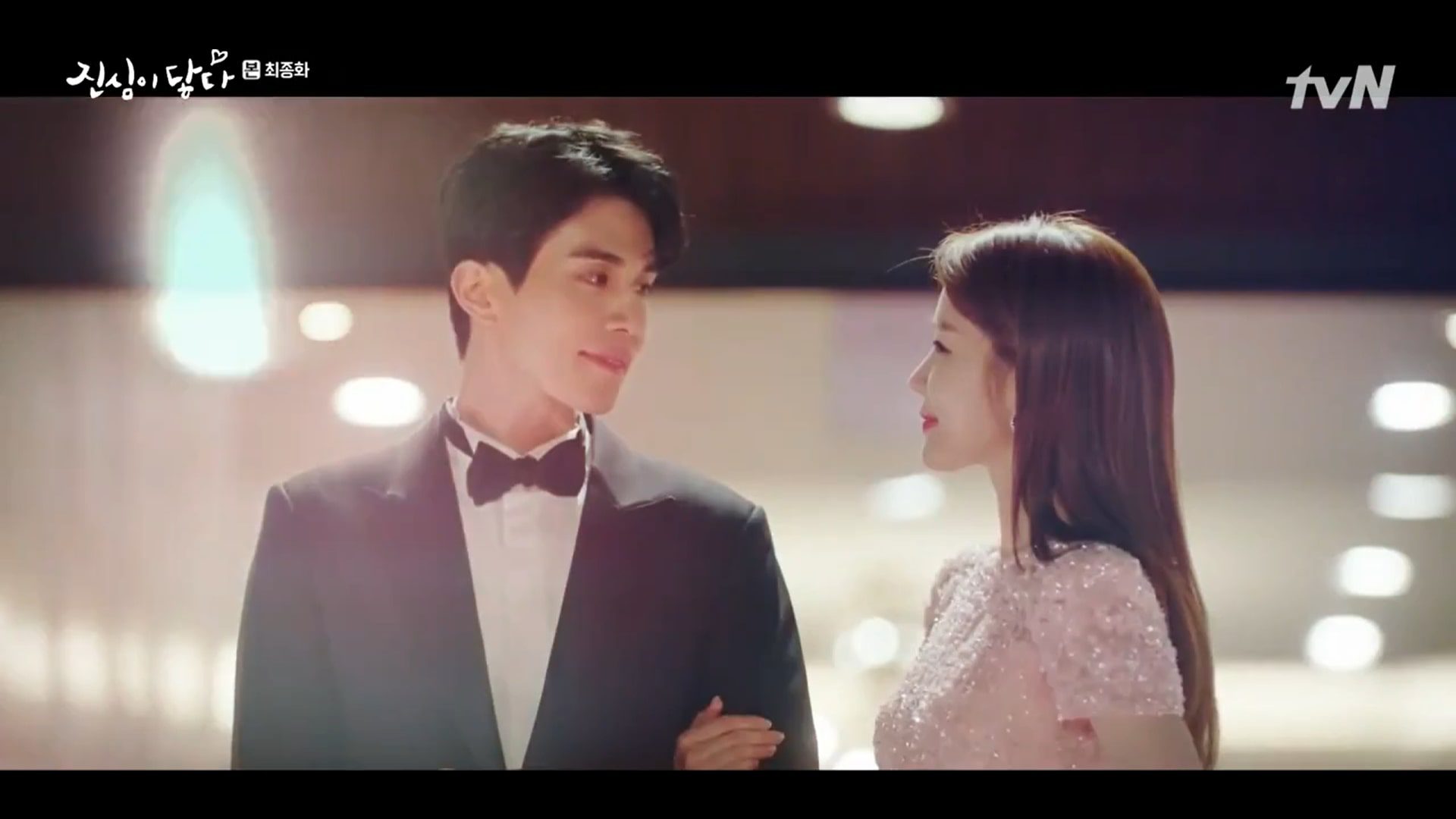 What Is Touch Your Heart Ending?

Touch Your Heart closes all loose ends concluding the drama with giving a sweet happy ending. By ending, Jim Shim and Jung Ruk get back together. Their romantic dating life does not have any full stop. Initially, they date secretly since Jim Shim begins her new drama. Their dating news can bring negative remarks, and thus the pair continues their love behind the camera. However, after Jim Shim wraps up her work, the two come out bravely. Episode 16 shows Jim Shim and Jung Ruk publically announcing their relationship at Yeon Entermaint’s anniversary party. It is truly a magnificent scene where the couple pours out their hidden love without caring about people’s judgemental looks.

The episode concludes with Jim Shim asking whether people have understood her feelings. Jung Ruk replies that her feelings must have touched their hearts just like they did to him. Her sincere love has touched Jung Ruk’s icy-cold heart. It indicates the drama has delivered its message just like its title does- Touch Your Heart. Therefore, the sequence of season one seems difficult to develop. However, if the production team comes up with a new storyline, there is enough room. The new season can narrate a new story that will touch viewers’ hearts!

What Is Touch Your Heart Season 2 Release Date?

Unfortunately, no official statement has been made regarding Touch Your Heart Season 2. It was developed by Studio Dragon and jointly produced by Mega Monster and Zium Content. However, there are no updates about season two from the production companies as well. Fans are anticipating the next season as soon as the first season was ended. As we all know, Touch Your Heart Korean drama is based on a web novel of the same title. If we follow the web novel, there is no scope for continuation. The kdrama is sufficient with its season 1.

#TouchYourHeart
This drama is really touching my heart🥺 They are way too cute💝 it's a sweet nuisance romantic drama, refreshing 💗 i liked it so much! pic.twitter.com/WGKOyqhP6Y

However, when it comes to this drama, kdrama fans’ hearts want what it wants, and it wants Season 2 of Touch Your Heart. After all, who can deny the beautiful dazzling chemistry between Yoo In Na and Lee Dong Wook? Sadly, we have not received any news or updates about the sequel. If the production house decides to do it, the second season will come around 2022 or 2023, considering the current pandemic state. Hopefully, we will get some updates about Touch Your Heart Season Two this year.

Watch Season Two Of Touch Your Heart Online- Will It Be Available On Netflix?

Since Touch Your Heart Season 2 release date is not out yet, it is too early to say its availability on Netflix. After the release date gets announced, we will know about the distribution details. Also, Yoo In Na and Lee Dong Wook are famous for their romance chemistry and even worked together on one of the most popular fantasy-romance Korean dramas, Goblin. There will be no loss for Netflix to take over the second season if we consider the lead couple’s global popularity.

As for Touch Your Heart Season 1, it is already available on Netflix. You can watch it there. You have to create an account and select a subscription option according to your choice. Then you are all ready to watch this dazzling romantic Touch Your Heart Korean drama. Even if you do not have a Netflix subscription, do not worry because season 1 is also available on Viki. Viki does not require any subscription. You can directly visit the website or can even download Viki mobile application for better and easy access. While waiting, you can watch the adorable love story of Jim Shim and Jung Rok on Netflix and Viki!

Touch Your Heart Season Two Plot- Will It Be As Sweet And Lovely As Season 1?

It seems difficult to predict the Touch Your Heart Season 2 plot. As we mentioned, Season 1 ended with wrapping all loose ends. Therefore, the possibility of continuation is less. The ending shows us how Jim Shim and Jung Rok reveals their relationship to the public bravely. The sequel story will show how Jim Shim and Jung Rok manage their publically announced relationship. The plot will present Jim Shim’s career growth or her getting new projects to act, and they will have pass all drawbacks that come with it. The pair may face long-distance issues, jealousy part or some family drama. In short, sequel theory seems a little tricky and risker, knowing the season one was a big hit for its simple plot.

#YooInna and #LDW share such a lovely chemistry – their relationship in the show is so organic, and none of the cheesiness (if any from YooInna’s character) seems forced. #TouchYourHeart pic.twitter.com/IyW2ulVMHB

The second possibility is a new storyline which seems a good idea. Touch Your Heart Season Two will focus on delivering a whole new story. It can be anything such as celebrity and CEO, or Cafe owner and Webtoon writer, etc. One thing is for sure, it will be another hit since Yoo In Na and Lee Dong Wook will be working together. Their chemistry is the primary reason why fans love and admire Touch Your Heart kdrama. Therefore, the second season will be worth viewers’ time just to have their Jim Shim and Jung Rok together on the screen!

Cast Of Second Season- Are We Going To Meet Yoo In Na And Lee Dong Wook Once Again?

It will not be Touch Your Heart if not for the same cast. Another charm of this Korean drama is its whole cast members. Therefore, watching season two of Touch Your Heart without the same cast seems a foreign idea to viewers. Like the previous season, we will see our lovely couple. The second season will cast Yoo In Na and Lee Dong Wook as main leads. The supporting cast members include Lee Sang Woo, Son Sung Yoon, Oh Jung Se, Shim Hyun Tak, Park Kyung Hye, Park Ji Hwan, etc. We can see various cameo appearances. In the last season, we saw Jang Ki Yong, Jo Soo Min, Hwang Chan Sung, Hwang Seung Eon, Song Kang, etc. Fans are looking forward to knowing who will be the new faces we see in the upcoming season of Touch Your Heart.

Dear diary, I never liked an office-themed drama as much as I loved #TouchYourHeart The drama has a hint of comic in it that made me laugh in every eps.

Is Touch Your Heart Season 2 Trailer Out?

Even though there has been no news on the second season of Touch Your Heart yet. Fans do not have to lose their hopes. Some enthuses even launched petitions for the second season. If you wish to see your favorite couple on the screen, go and sign the petition! After all, you never know when your wish comes true. While waiting for season two, you can re-watch this cute couple Jim Shim and Jung Rok’s lovely chemistry on Netflix and Viki.