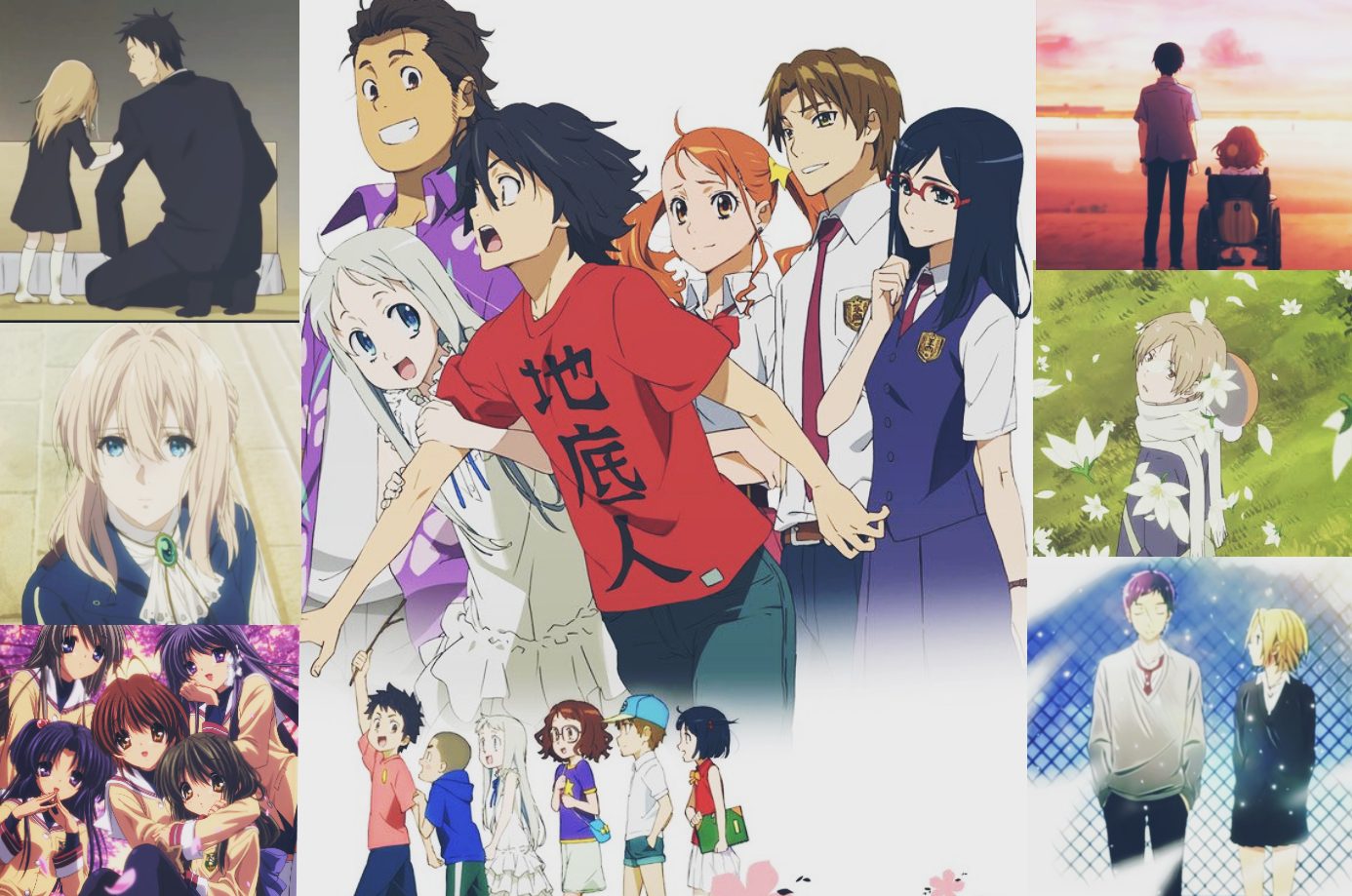 Mystery, psychology, mecha, and genres have such have a very tense frame. Sometimes, on the contrary, we just need some anime to relax with. Slice-of-life anime, much like the name suggests, give the viewers a taste of life. Although a typical slice-of-life anime explores high school lives, it need not always be the case. The slice-of-life genre tends to present us stories about different people in different pinches of life, trying to teach us something or simply give us something to think about. The best slice-of-life anime gives us a reason to see the brighter side of life, all the while illustrating the bad times.

Many people often begin their journey of becoming anime fans through slice-of-life anime. While the shounen genre often comes off as too strong, the slice-of-life genre slowly gives its audience to see the beauty of anime in its raw form. Especially when these anime are followed by jaw-dropping visual effects and concept arts, it is tough to part with them. Slice-of-life anime is bliss in the anime industry. Out of the ten favorite anime that a person likes, I bet there’s at least that one slice-of-life anime that melted their hearts. This is exactly what slice-of-life anime do– they steal hearts before a viewer even knows.

People are always looking for good slice-of-life anime to binge on, and that’s exactly what we are serving today. Here are the top ten slice-of-life anime that every anime fan should watch. The anime mentioned can be streamed online on Netflix, Crunchyroll, Funimation, HiDive, or any other legal website.

Anohana is every bit of what one would expect from a slice-of-life anime. The anime is a finely written work that reflects on loss, regrets, and change. Anohana has its entertaining moments of fun, but it is the sentimental parts that truly won me over. The anime rests on flashbacks of a bunch of childhood friends who have grown apart. Its dialogue delivery is heavy and definitely something that makes a huge impact on the storytelling. As the anime ends, it leaves its viewers in a deep train of thoughts and overwhelming emotions. The plot of Anohana is pretty simple and straightforward. There isn’t much groundbreaking about it either. Adding on to the anime’s beauty are the official soundtracks played on a piano or guitar. 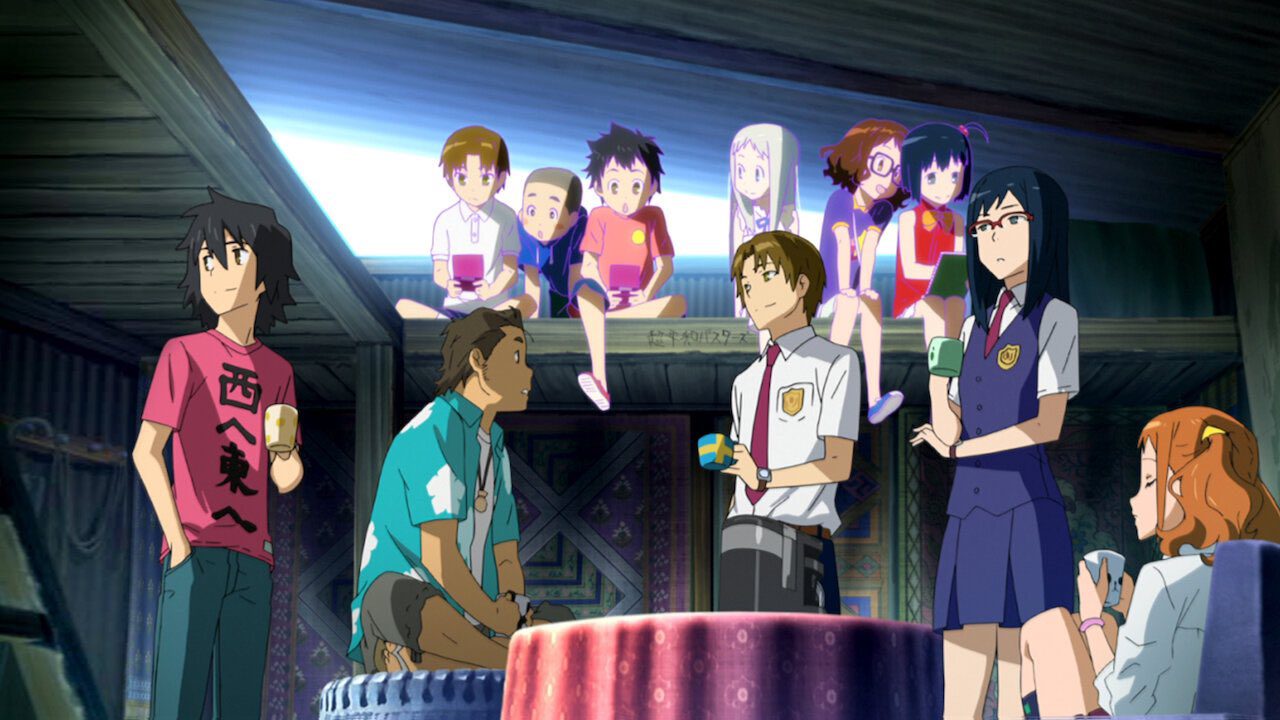 Clannad is a fine piece of work from the studio of Kyoto Animation. The animation of Clannad is one of the first things that had my eyes glued to it till the last episode. It simply depicts the amount of hard work, love, and care Japanese animators put into the anime. The characters of Clannad might come off as cliches at times, but that need not be a bad thing because the overall plot is built uniquely. With its almost life-like animation and brilliantly paced plot, Clannad is no less than the best slice-of-life anime in the industry. Despite the years since its release, very rare anime series can relay the same emotion with such fluency. This anime shall not be missed if relaxation is all you are seeking for. 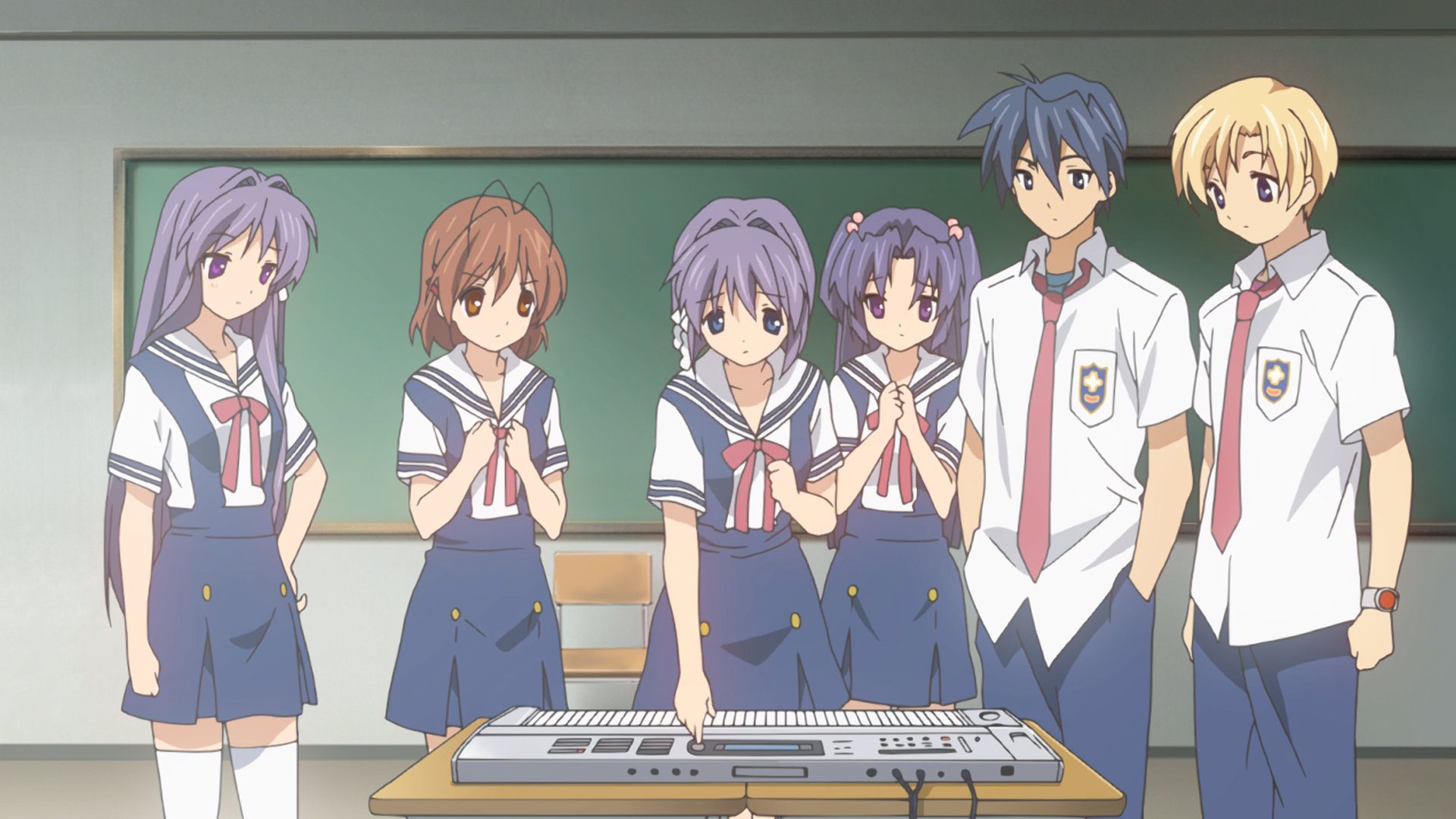 Also Read: What To Expect From Painter Of The Night Season 3?

Another great anime from Kyoto Animation, K-On is also one of the best slice-of-life anime. However, the anime is quite different from Clannad in many ways. K-On’s art style and the moe character design is something that no viewer can get over anytime soon. That anime leans a lot towards the CGDCT genre but chaotically and romantically. Its cute outlook and hilarious details make it very memorable. K-On is just plain silly, and I mean it with complete positivity. Sometimes this is the kind of silly thing we need in our lives to brighten our moods. Since the anime is about music, it has a good musical composition as well. This is a type of anime that makes its viewers happy with cute characters and silly humor. If you have been ignoring this anime, I recommend you stop whatever you’re doing and watch it. 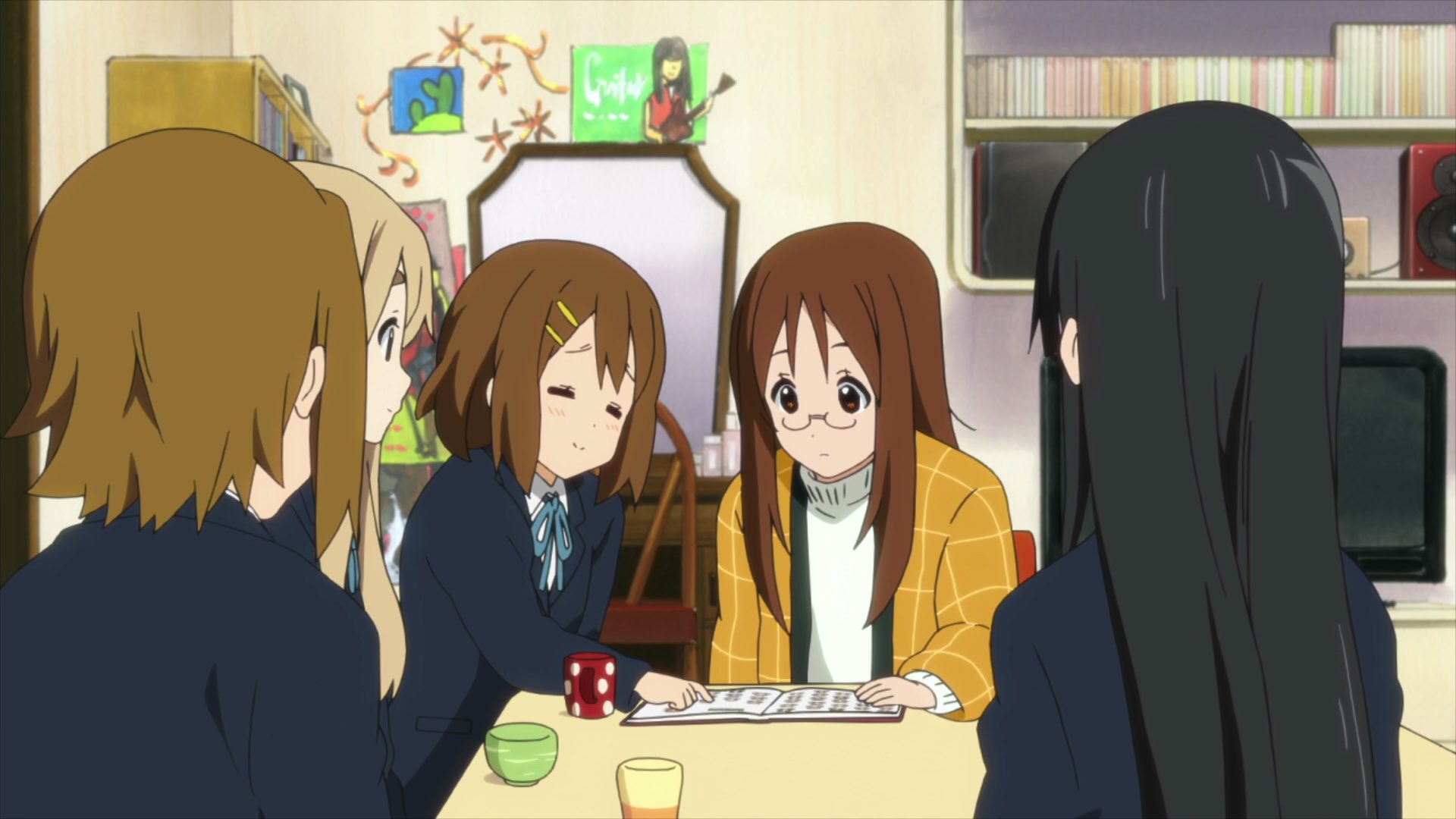 One of the best releases of the year was Horimiya. Horimiya received many great reviews from its audience. The anime is initially a rom-com that focuses on its characters’ development. Horimiya has many things to like. The idea of portraying youth and how different youngsters grow up through its characters were depicted with clarity. While some people might find everlasting love in high school, it does not mean every relationship has to work out, no matter how sincere one’s feelings are. Horimiya is an anime I would recommend to growing teens because the anime does a fine job at explaining how teens should overcome their inner conflicts and grow into responsible and respectful adults. Horimiya’s comedy may not make you roll on the floor laughing, but it sure will give you a real hard grin with how relatable it can be. 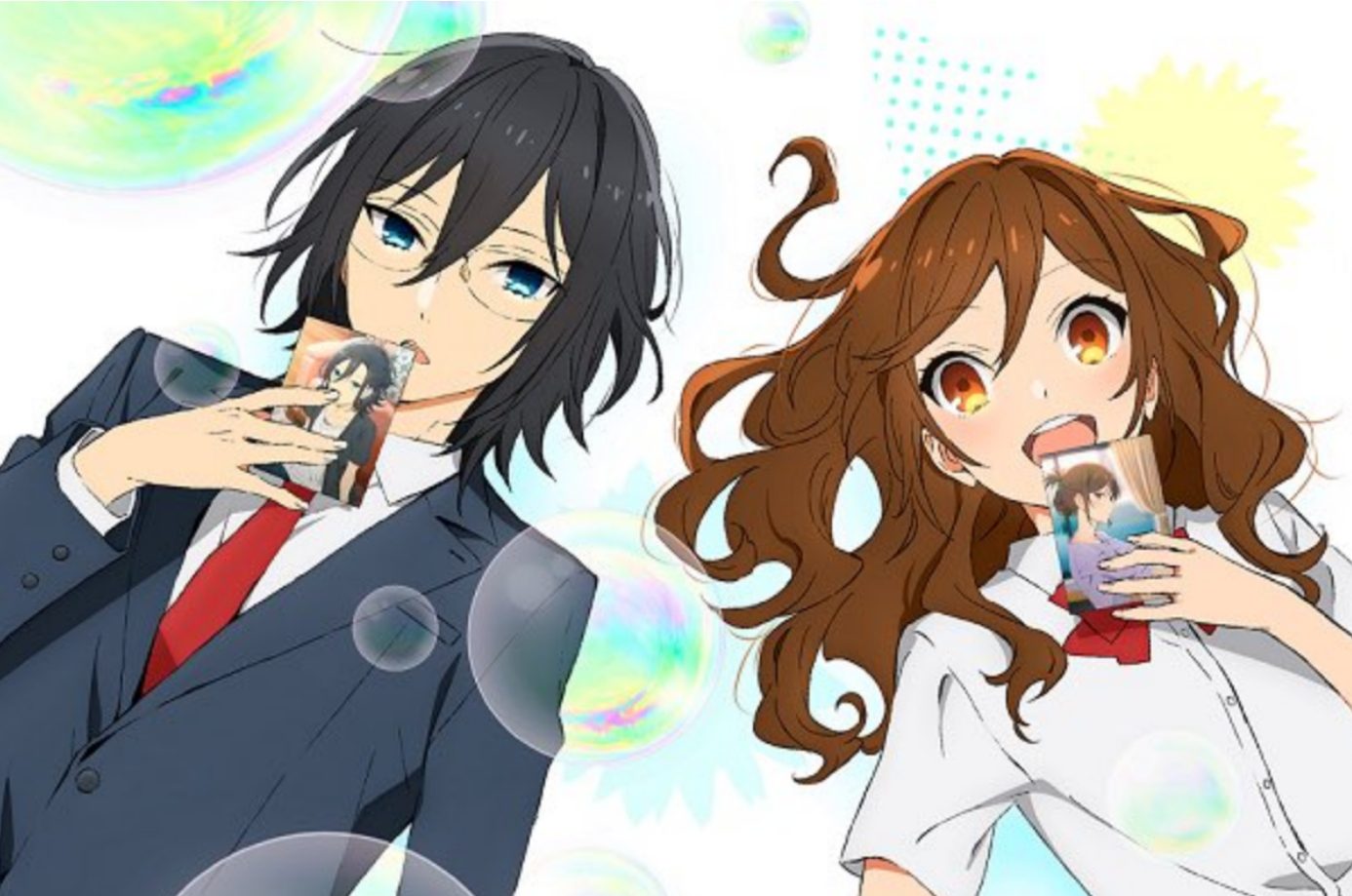 Rather than a series, 5 Centimetres Per Second is a short anime movie. Facing the realities of life is one of the basic concepts of this anime. The anime also won the 2007 Asia Pacific Screen Award for the Best Animated Feature Film category. It is the work of renowned movie director Makoto Shinkai (Your Name, Weathering With You). 5 Centimetres Per Second is no ordinary story. Rather it is a sad story of an unachievable love. Despite all the efforts, all the promises, some bonds break, and the only thing it leaves behind are the memories that haunt forever. This is a beautiful movie. Its visuals are absolutely stunning and give a pleasing effect to the story as well. From an emotional angle and visual standpoint, this is easily one of the best slice-of-life anime. 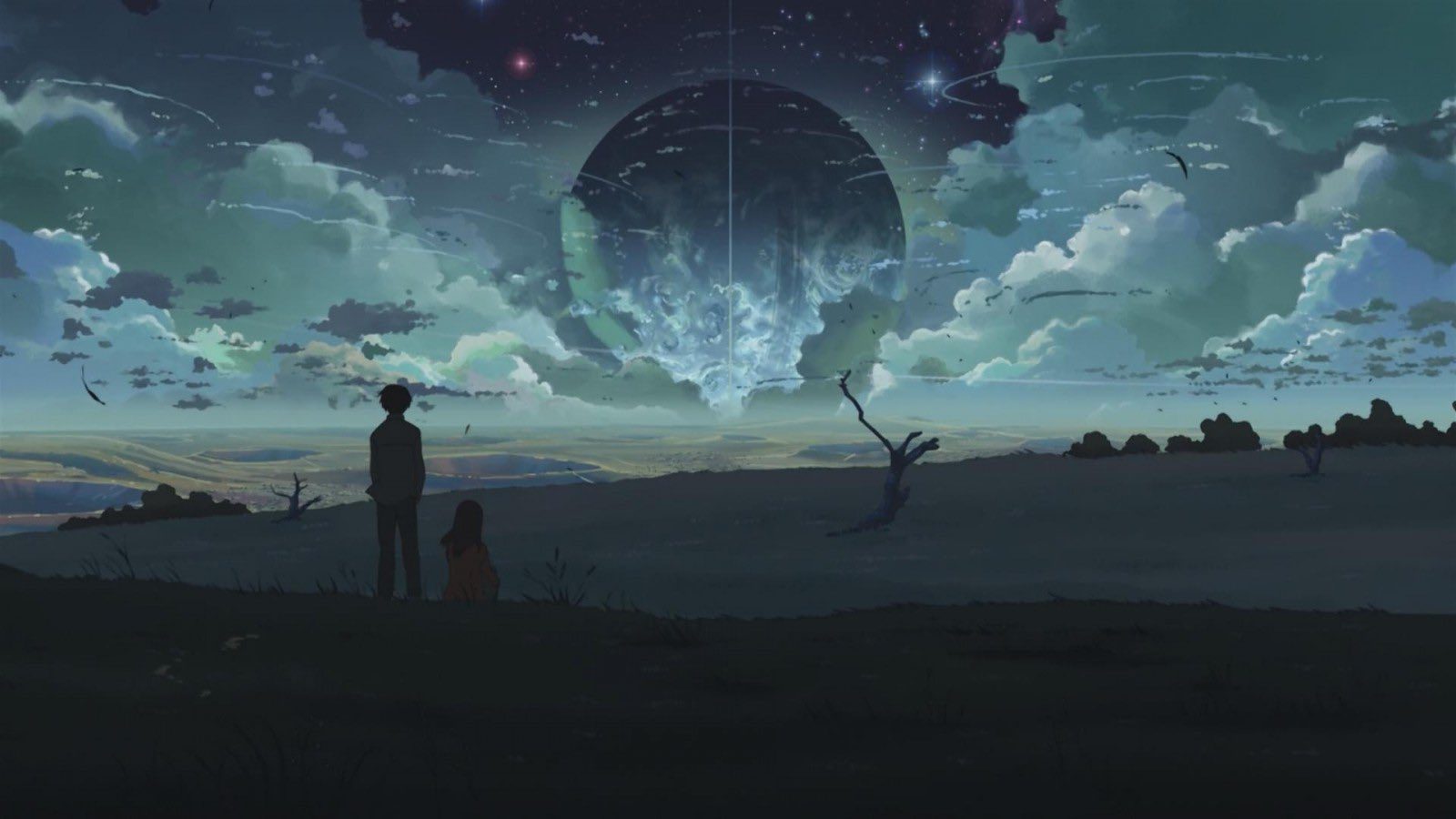 Based on the light novel by the same name, Violet Evergarden is a very successful anime. The anime is primarily popular for its beautiful characters and graceful visuals. It is created with so much patience and so much diligence that every scene seems to be telling a story of its own. The anime’s setting is a fantasy and a beautiful one at that. It gives you so many things to love that its flaws are almost negligible. Violet Evergarden, in its patiently flowing pace, also gives its viewers a lot of drama to witness. The anime has a certain ring of peace and serenity around it that makes watching it a blissful experience. A truly aesthetic anime, Violet Evergarden is a masterpiece among slice-of-life anime. 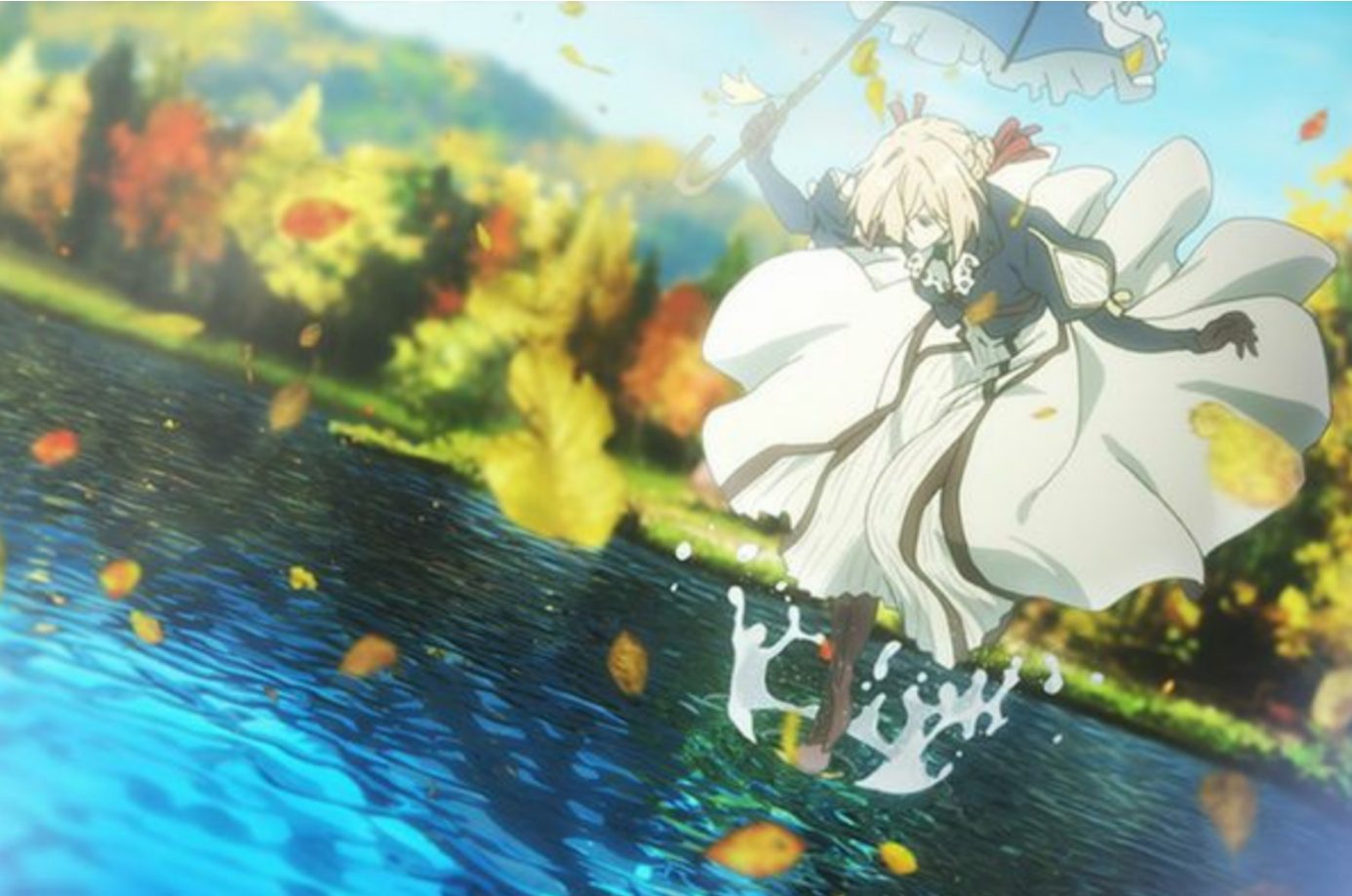 Also Read: Slam Dunk Season 2: What We Know So Far

The scenes of Grand Blue give it a very furnished look. They are aesthetic and a complete treat to the eye. But all the aesthetic vibe is toned down with the chaotic humor. Grand Blue does not have a fixed plot. It is rather a journey of friends who embrace their love for the sea. But that’s not all. It is also a journey of these friends constantly falling in trouble and getting drunk. I do not know what typical Japanese college life looks like, but Grand Blue gives quite an exaggerated look of it, and it’s very entertaining to the fans of the show. The character design is mostly a beauty until things go south. Grand Blue is an outstanding anime that gives a good taste of slice-of-life by keeping things spiced up.

Usagi Drop’s prime focus is on delivering the message about how difficult raising a child is to their audience. It is a mature anime with the motive of relaying something to its viewers. Now Usagi Drop is not an anime that people would usually watch. So what makes it worth watching and being one of the best slice-of-life anime? The anime is so wholesome that I would be lying if I said it didn’t steal my heart after the first fifteen minutes. It truly gives us a tangy yet sweet taste of a slice of life. The relations between the two main characters and how it has been executed with so much innocence make staying till the end worth it. Usagi Drop is an anime I would recommend to non-anime watchers alike for the sake of the sweetness it holds. 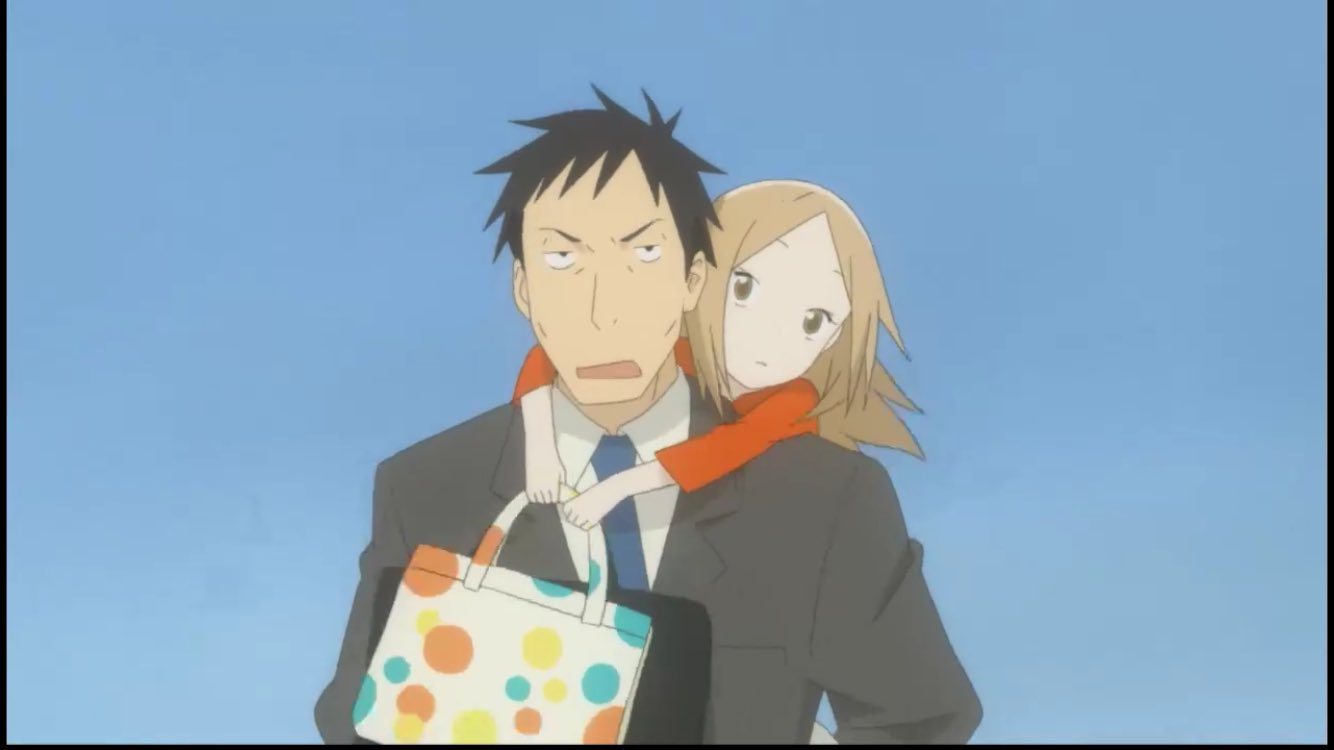 Released last December, Josee, the Tiger, and the Fish is a unique anime film. The film opens up the world we know but from the eyes of a differently-abled woman who has never seen the world. Josee, the Tiger, and the Fish give the regular and boring world a magical outlook. Everything is shiny, and everything is hopeful. The movie has many folds of drama and angst, involving primarily the main characters. Although the anime does not give good developments to its side characters, it makes up for it by giving its two main characters a surprisingly great amount of development. The anime does not have much humor, but it is built on cute moments and a moving story instead. Josee, the Tiger, and the Fish have a great visual animation as well, which pleases its viewers to the full extent.

Josee the Tiger and the Fish.

Also Read: What To Expect From Painter Of The Night Season 3?

This slice-of-life anime has a supernatural touch to it. It centers around spirits (or youkai, as they call it). Every episode deals with a new youkai, each of which leaves a good message for the audience. It has quite a magical aura to it. The story is interesting, even if there is no long-term build-up. Natsume Yuujinchou is very thought-provoking as well. Through the thirteen episodes, the anime takes its viewers on an emotional ride. It takes beautiful sceneries and animation to fill its audience with these emotions. Natsume Yuujinchou is an anime no one should miss for its wonderful execution that goes beyond expectations. 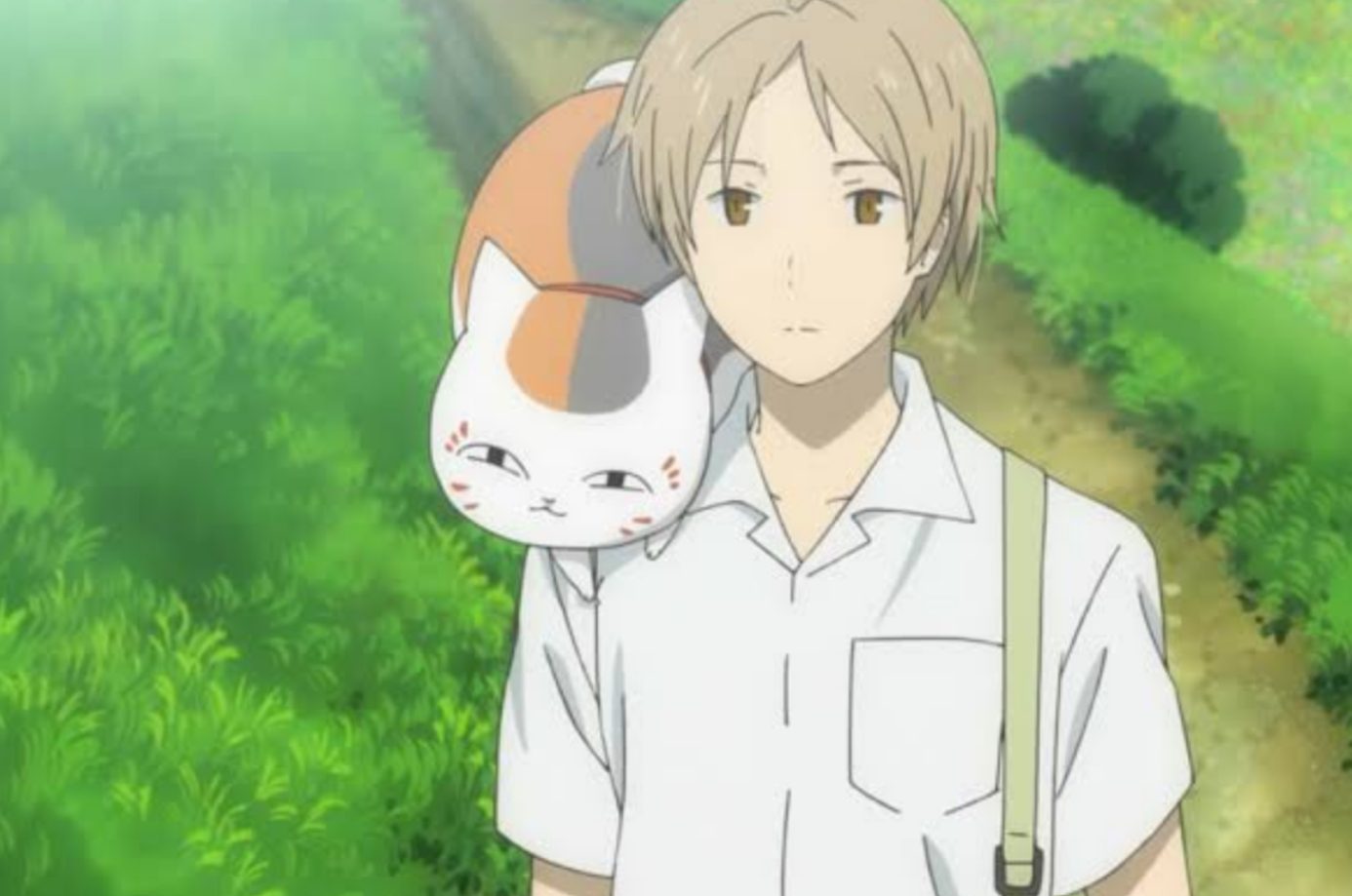