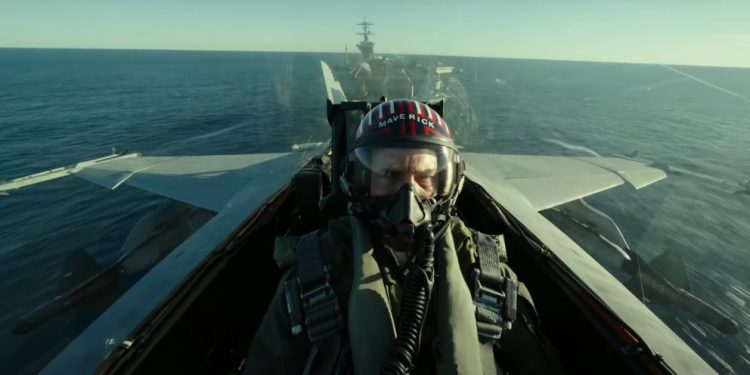 If you remember Tom Cruise’s Top Gun, you will be happy to know when Top Gun 2 will have its theatrical release. Firstly, Top Gun: Maverick is a sequel to the now-classic 1986 aviation war drama Top Gun starring Tom Cruise, Val Kilmer, Tom Skerritt, and Anthony Edwards. This movie came to fruition after legendary producer Jerry Bruckheimer picked up the idea a decade ago.

After a series of delays, mainly thanks to the COVID-19 pandemic and problems with Tom Cruise, the folks at Paramount came up with a definitive release date. The movie was directed by Joseph Kosinski, who directed the movie Tron: Legacy. Additionally, the screenplay was written by Christopher McQuarrie, Eric Warren Singer, and Ehren Kruger. Now without any further ado, let’s begin taking a look at this aviation war drama film here at Otakukart.

After more than thirty years as one of the Navy’s top aviators, Pete “Maverick” Mitchell (Tom Cruise) is back where he corresponds, pushing the boundaries as a daring test pilot while avoiding the progression in status that would ground him. Maverick meets Lt. Bradley Bradshaw (Miles Teller), call sign: “Rooster,” the son of Maverick’s late friend and Radar Intercept Officer Lt. Nick Bradshaw, aka “Goose,” while trying to train a detachment of Top Gun graduates for a highly specialized task the likes that no living pilot has ever seen. Faced with an uncertain future and the ghosts of his past, Maverick is pulled into a conflict with his own deepest fears, resulting in a mission that requires the ultimate sacrifice from those chosen to fly it.

Top Gun 2 will release on May 27, 2022, in theatres everywhere in the United States. Additionally, the movie will also be available on Paramount+ after its theatrical run. Please refer to the where to watch section for more details. Initially, this movie was supposed to be released in mid-July 2019. After that, Paramount Pictures delayed the release to March 2020, and then they tried moving it to December 23. Only to then decide the aforementioned date in 2022.

The project hit some snags along the way — adjusting, different writers actively participating — and in the end, Joseph Kosinski won the directing job, McQuarrie stayed on as a writer, and Cruise returned as the film’s star. Top Gun: Maverick will also reintroduce Val Kilmer’s Iceman, as well as newcomers Miles Teller, Jon Hamm, Glen Powell, Lewis Pullman, and Jennifer Connelly. Also, Jerry Bruckheimer hired notable Hans Zimmer and Harold Faltermeyer for the music. If you’re not familiar with Harold, he composed the original Top Gun anthem and the Axel F theme from Beverly Hills cop. And if you don’t know who Hans Zimmer is, you’ve heard his compositions for sure: He’s done The Lion King, The Dark Knight, Gladiator, Interstellar, among others.

Where to Watch Top Gun 2?

If you want to watch Top Gun: Maverick, you will have two choices. Firstly, you will either have to go to a movie theater starting from May 27, 2022. Or, alternatively, you can wait 45 days after the theatrical release and hop on the Paramount+ platform as that will be an exclusive distribution spot for that film. Initially, Netflix and Apple TV+ wanted to buy the distribution rights for the movie, but Paramount said no, and wanted to use their platform. Luckily, Paramount+ is a very available platform. Additionally, it costs US$ 4.99 with an essential plan, and it has an ad-free plan for US$ 9.99 a month.

Tom Cruise stars in the lead role of flight instructor Pete “Maverick” Mitchell. Secondly, Miles Teller plays Lieutenant Rooster Bradshaw, a pilot trainee and son of a longtime friend of Mitchell’s buddy “Goose” from the first film. Thirdly, Academy Award-winner Jennifer Connelly plays Penny Benjamin. Fourthly, Jon Hamm plays Vice Admiral Cyclone. Ed Harris plays a Rear Admiral in charge of Mitchell. Lastly, Val Kilmer plays Admiral Iceman Kazansky, Maverick’s rival. With this, we wrap up our coverage of this topic here at Otakukart. Thanks for reading our scoop on this website. And please keep coming back for more daily updates on all your favorite movies series and shows.

Star Trek Resurgence: When is it Coming? Trailer & Characters