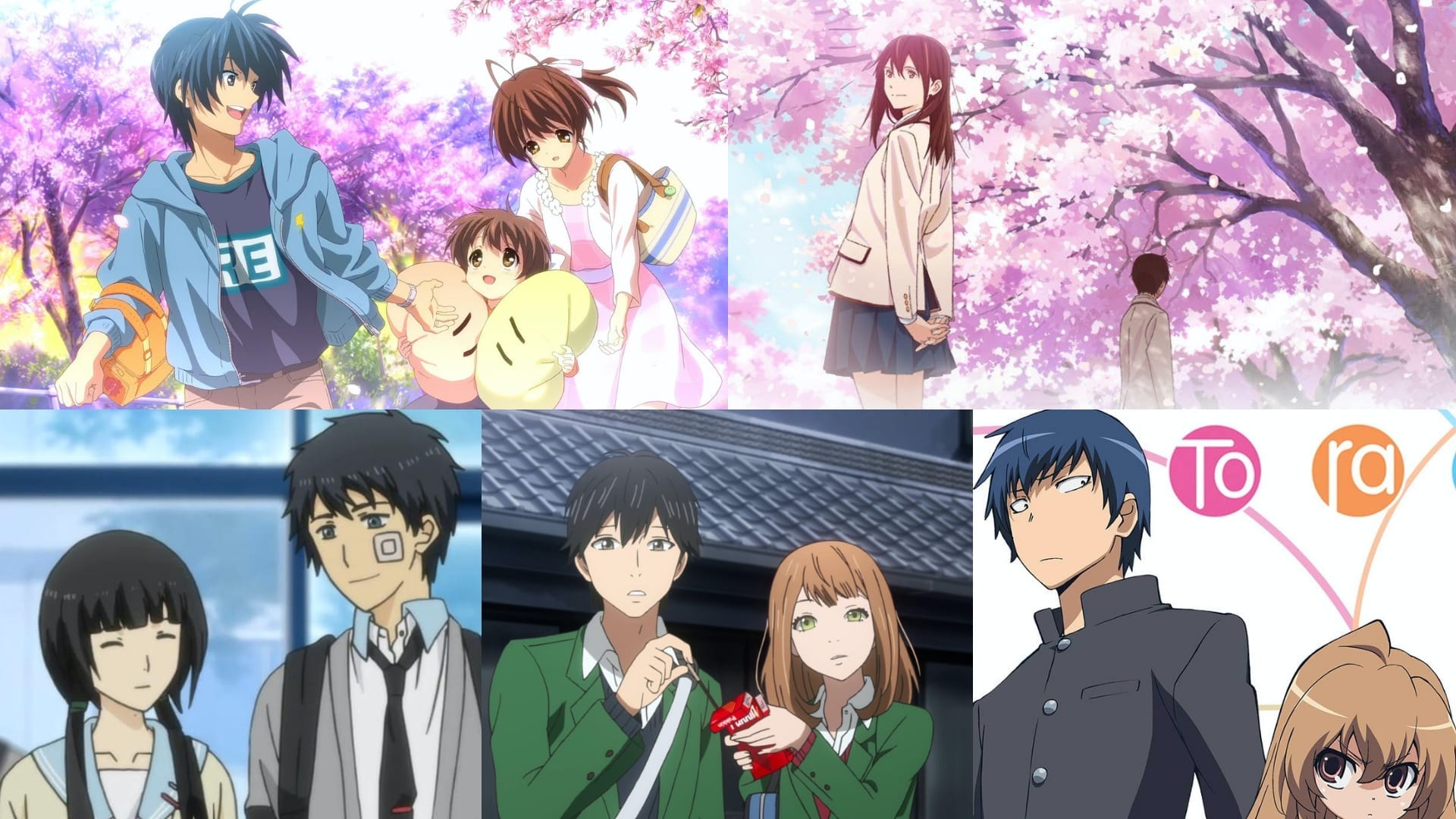 Are you missing your significant other and want to feel comforted? We are here to help you by presenting these beautiful romantic comedies that will make you feel happy and cared for. Yes, true love does exist and these animated television and web series will help you believe in that. Hulu is one of the best worldwide online platforms to stream these series, and they include a dubbed version as well!

We have handpicked these animated series with various genres, but the theme of romance prevails in all of them! Be it a mecha series, a psychological drama, a high school love or a polygamous relationship, you will find the element of romance in each of the names that we have mentioned below. Feel free to browse through this compilation of pure and light-hearted fun!

This famous Anime series consists of a single season, with 26 episodes and a filler episode. Directed by Hiroaki Sakurai, the story of ‘Maid Sama!’ portrays the sweet and simple love story of two high school sweethearts. Seika High School used to be an all-boys high school. Recently, the administration of the school started getting female students enrolled as well. Nonetheless, in comparison, the number of girls were quite less than the number of boys at the school. The first female council president of the high school was named Misaki Ayuzawa. Misaki had a tough life and was just struggling to get through the day. 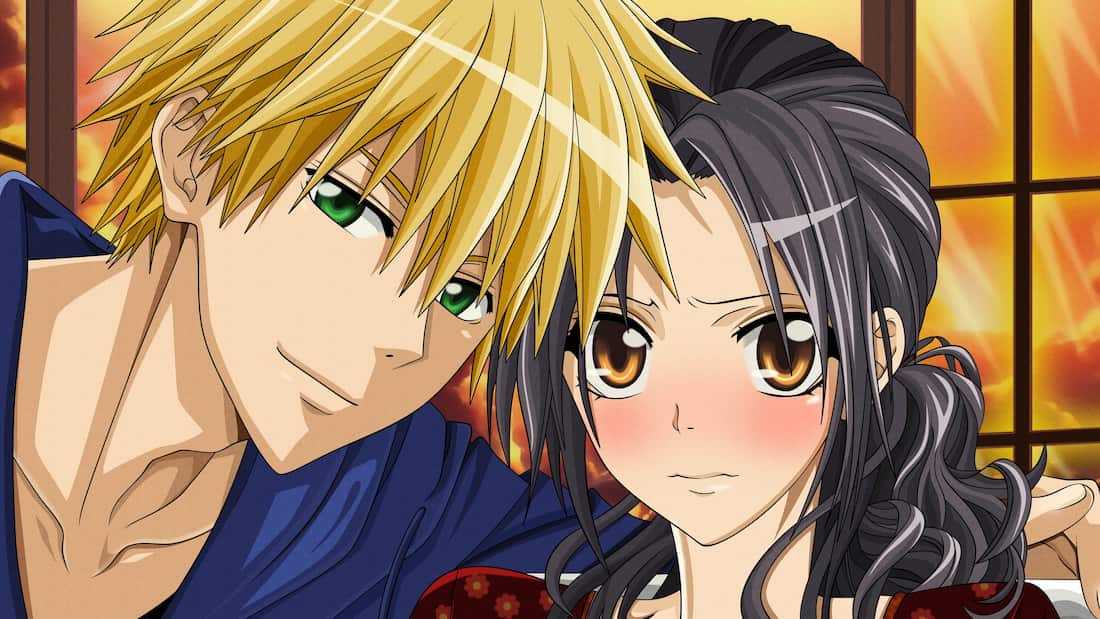 Coming from a poor household, she had to work part-time at a maid café so that she could help support her mother and her little sister. Embarrassed, she did not want her classmates to know about this job or her financial situation and so, she kept it a secret. Eventually, Misaki falls in love with one of the most popular boys at the high school. His name was Takumi Usui and he reciprocated her feelings. Nonetheless,  his family did not approve of the relationship with a girl whose social standing was not up to theirs. Fighting all odds, Misaki and Takumi were able to get married after ten years.

Use this link to watch ‘Maid Sama!’ on Hulu today!

This emotional yet romantic animated series consists of a single season, including thirteen episodes and zero filler episodes. Directed by Yoshiyuki Fujiwara, the plot of ‘Plastic Memories’ was about the relationship shared between a human called Tsukasa Mizukgaki and a ‘Giftia’ called Isla. The setting of the series has been based in the future where humans and androids or ‘Giftias’ coexist. These androids have been specially made to look exactly like humans. 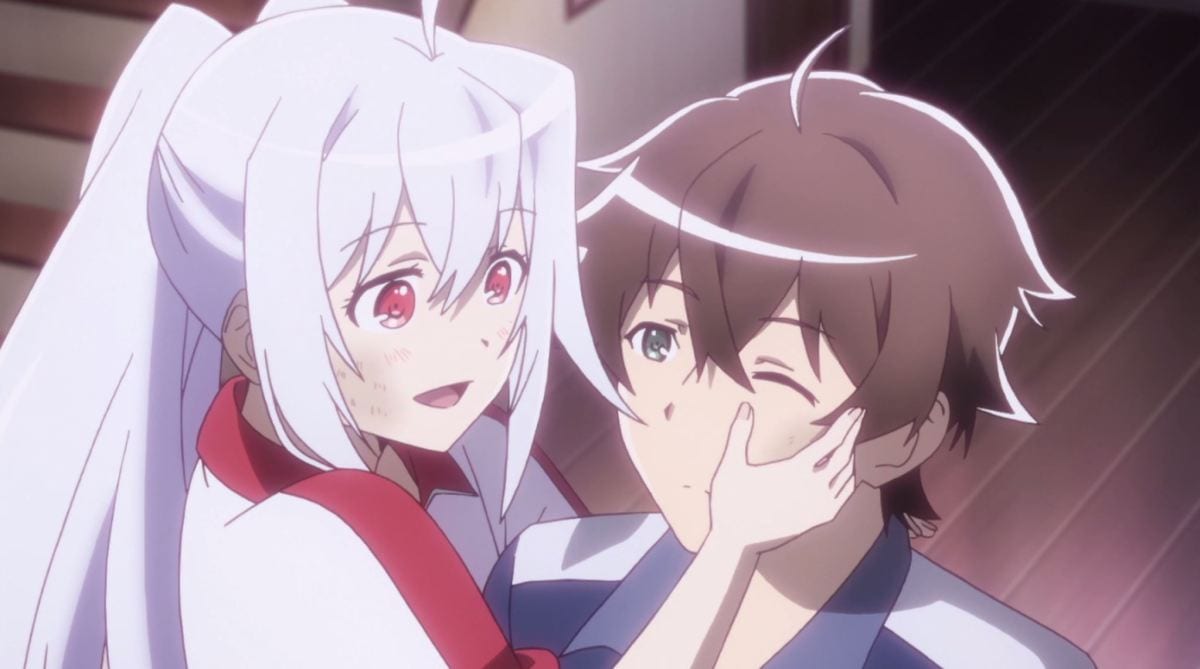 The best company to create androids is the SAI Corp. These androids have a lifespan of nine years along with a few months. If the android is not handed over to the company right before the lifespan of the android is about to get crossed, the androids may malfunction, lose their memories or resort to violence. Tsukasa and Isla are completely in love but, unfortunately, Isla is very close to crossing her lifespan!

Use this link to watch ‘Plastic Memories‘ on Hulu today!

Snow White With The Red Hair

This Anime series consists of two seasons, including 24 episodes and two filler episodes. Directed by Masahiro Ando, the plot of ‘Snow White With The Red Hair’ showcases the forbidden love of two young beloveds. Shirayuki was a pretty girl who used to work at the kingdom of Tanbarun. She was a herbalist and knew quite a lot about medicines and different sorts of antidotes. She was blessed with long and beautiful red hair, which would usually attract unwanted attention. Hence, she would keep her hair tied with a ribbon. 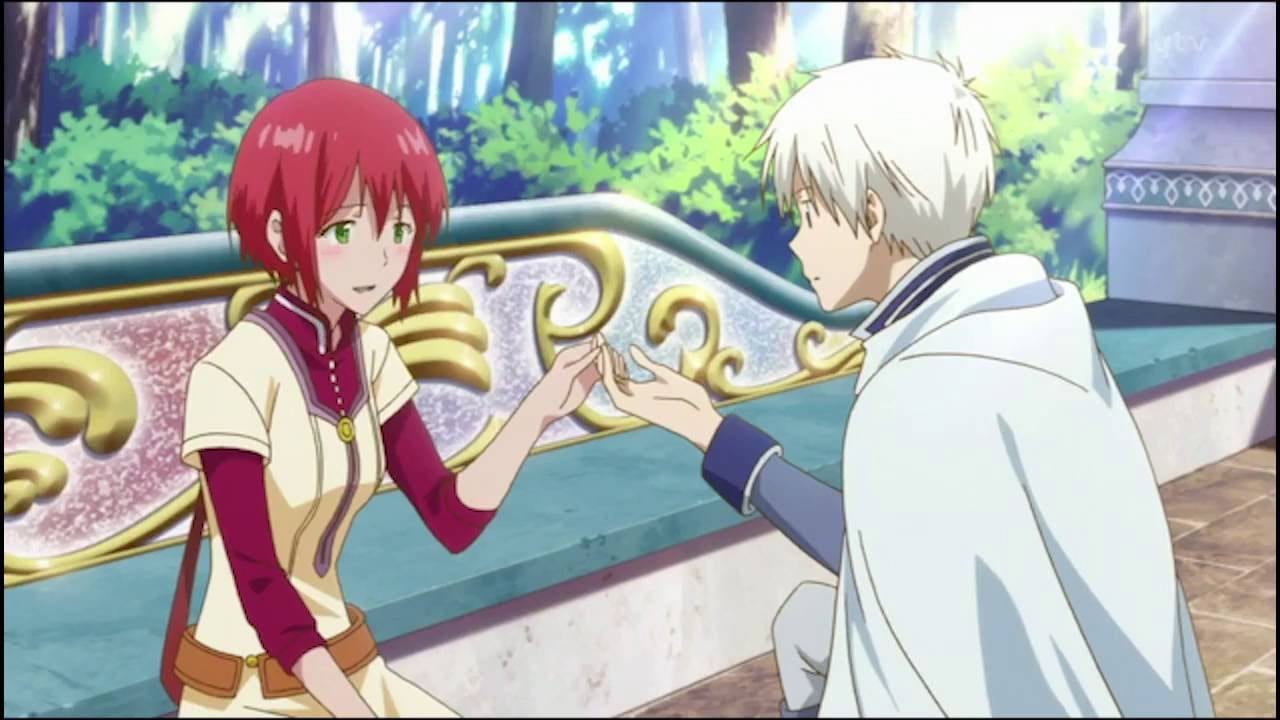 Nonetheless, the selfish Prince Raj wanted Shirayuki for her red hair and asked her to be his mistress. Appalled, she chopped her hair off in anger and ran away to protect her dignity. She came across the kingdom of Clarines, where she met the friendly Prince Zen Wistaria and his two friends, Mitsuhide and Kiki. She eventually becomes friends with the three of them. Even her knowledge of antidotes and various herbs helped them a lot. Prince Zen and Shirayuki eventually started to fall in love, but their relationship was disapproved due to Shirayuki’s social standing. Will they be able to live a happy life together?

Use this link to watch ‘Snow White With The Red Hair‘ on Hulu today!

This romantic comedy and a reverse harem-related Anime series consists of a single season, including 26 episodes and zero filler episodes. Directed by Takuya Igarashi, the plot of ‘Ouran High School Host Club’ revolves around Haruhi Fujioka and her shenanigans. Haruhi was an intelligent yet clumsy student at the Ouran Academy. It was very tough to get enrolled into that school because only the extremely rich could afford it. One day, when Haruhi wanted to concentrate on her studies, she was looking for a peaceful ambiance and thus, she comes across her school’s old and deserted Music Room. This was the room where a group of male students would entertain female clients with refreshments. 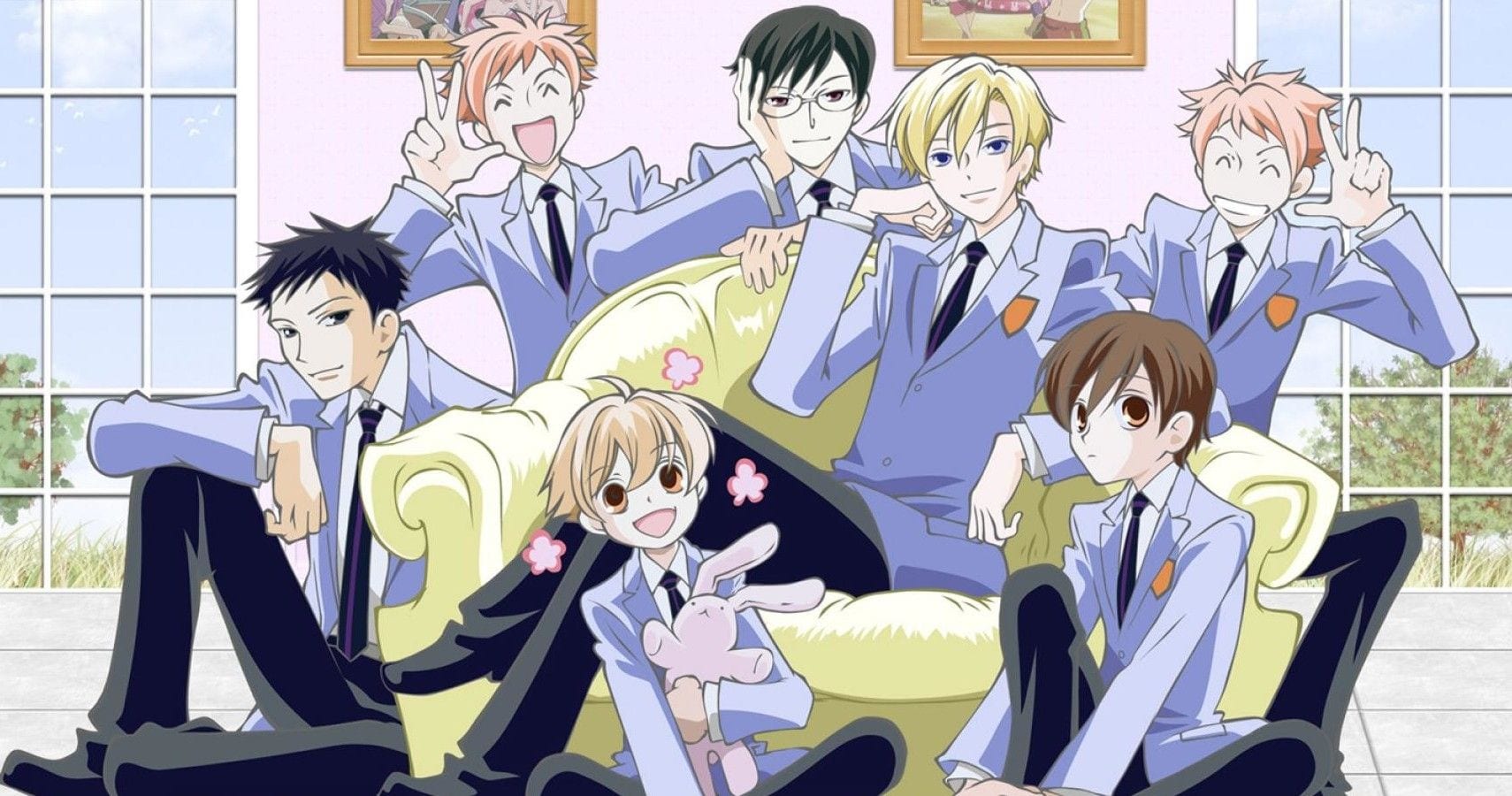 Use this link to watch ‘Ouran High School Host Club‘ on Hulu today!

Rascal Does Not Dream Of Bunny Girl Senpai

This romantic supernatural drama consists of a single season, including thirteen episodes and zero filler episodes. Directed by Soichi Masui, the plot of ‘Rascal Does Not Dream Of Bunny Girl Senpai’ revolves around a boy named Sakuta Azusagawa who was blessed with some abilities. He was able to see things that nobody else could. Mai Sakurajima was a young actress who was dressed as a bunny girl. Nobody was ever able to see her, maybe she was some divine creature. 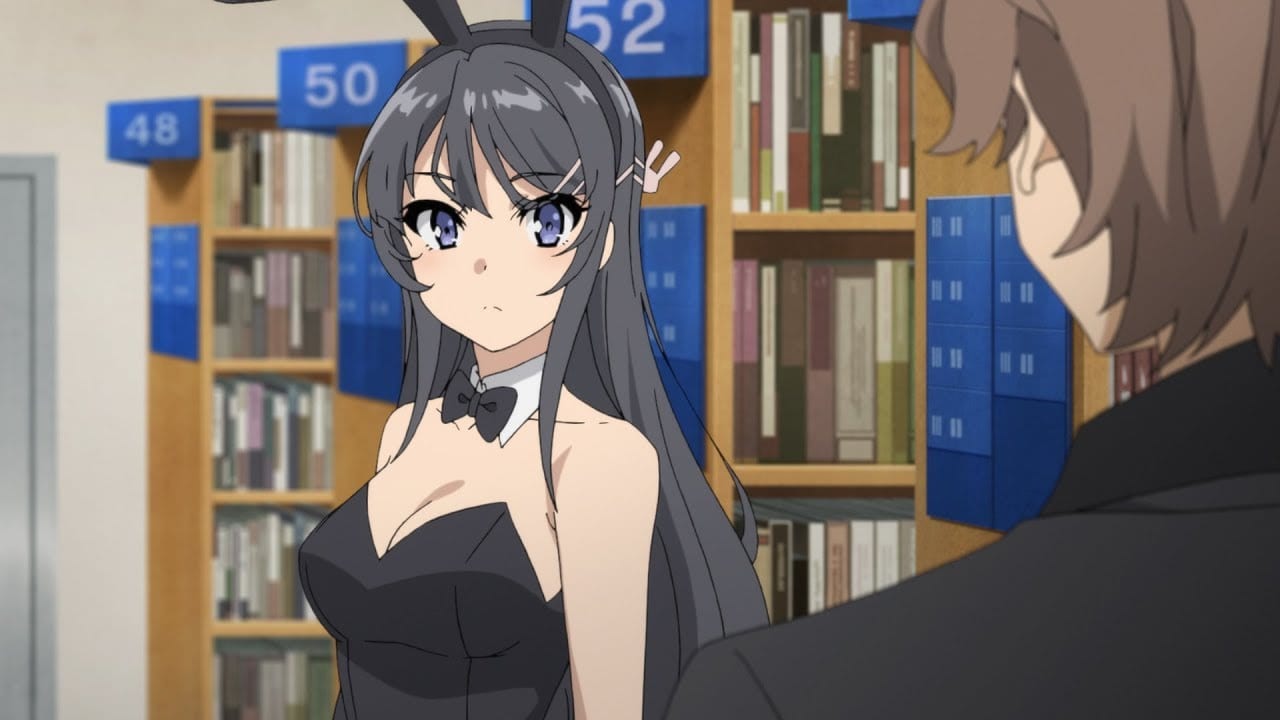 ‘Rascal Does Not Dream Of Bunny Girl Senpai’, C(CloverWorks)

One day, when she was in the local library, she met Sakuta. Sakuta was the first person who able to notice her. He was very confused as to what was going on but termed this condition to be Adolescence Syndrome. He ends up bonding with Mai while also trying to solve the mystery of her existence. While doing so, he encountered many other girls who, Just like Mai, had become the victim of the Adolescence Syndrome.

Use this link to watch ‘Rascal Does Not Dream Of Bunny Girl Senpai‘ on Hulu today!

This romantic comedy consists of two seasons, with an expected third season to be released soon! The first two seasons include 24 episodes and one filler episode. Directed by Shinichi Omata, the plot of ‘Kaguya-sama: Love Is War’ revolves around two senior students of the Shuchiin Academy. Miyuki Shirogane and Kaguya Shinomiya were the student council and the vice president, respectively. They seemed to perfect for each other, and everyone around them would root for them to get into a relationship. By luck, Miyuki and Kaguya did have feelings for one another. 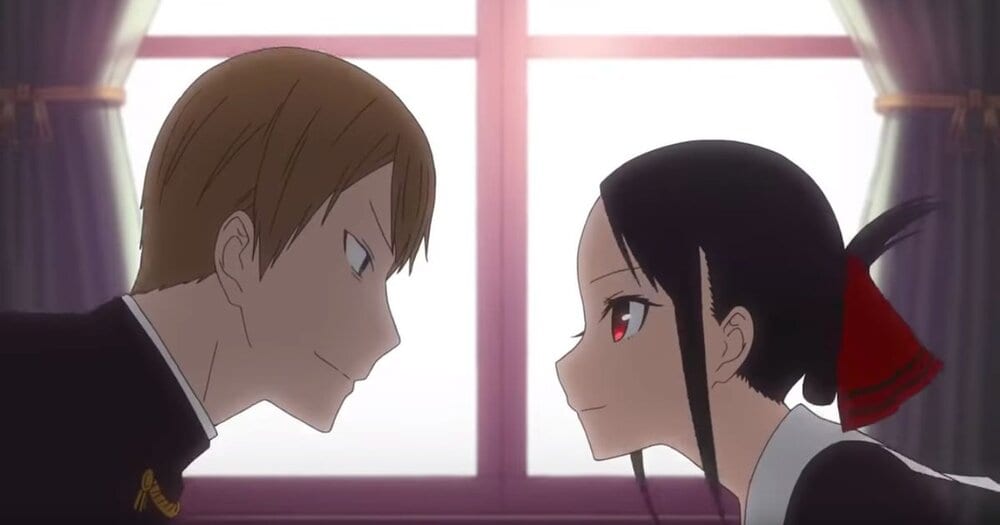 Nonetheless, both of them were too proud, or maybe, too shy to admit how they felt. One was brought up in an extremely rich household, while the other one was famous, throughout the city, for his intelligence. The would come up with various things in order to make the other one admit their feelings. One day, they do finally confess their love for each other and thus, get into a relationship. The narrative moves forward as the daily life of the new couple is portrayed and how their school reacts to it.

Use this link to watch ‘Kaguya-sama: Love Is War‘ on Hulu today!

This popular Anime series consists of a single season, including 24 episodes and zero filler episodes. Directed by Morio Asaka, the plot of ‘My Love Story!!’ follows a cute little high school love story. Takeo Hoda, a high school student was built extremely muscular. He was very tall and strong. Takeo would generally end up towering over most people and objects. Unfortunately, he was not very famous among the girls of his school because they were all very scared of his appearance. 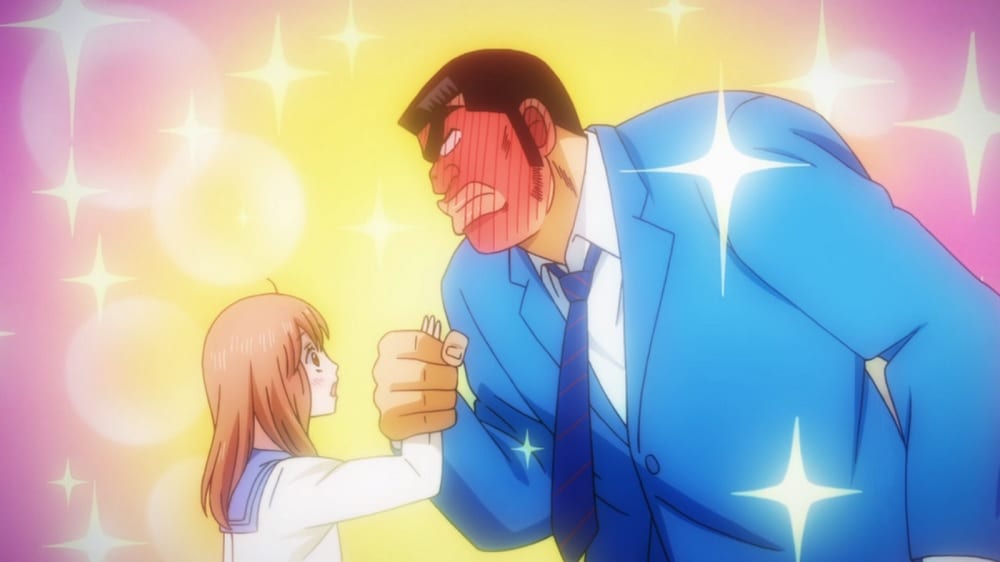 The girls were usually attracted to Takeo’s best friend because he was very good-looking. One day, when Takeo was coming back home, he noticed a man misbehaving with a girl. Takeo immediately went and saved the girl. Her name was Rinko Yamato, who was very small and petite. Takeo looked like a giant in front of her. From the moment Rinko laid her eyes on Takeo, she fell deeply in love with him and eventually confesses her feelings to him. Thus, begins the relationship of Takeo and Rinko.

Use this link to watch ‘My Love Story!!‘ on Hulu today!

This Anime series consists of two seasons, including 38 episodes and zero filler episodes. Directed by Karuho Shiina, the plot of ‘Kimi Ni Todoke: From Me To You’ revolves around a fifteen-year-old high school girl called Sawako Kuronuma. According to her schoolmates, Sawako had a scary appearance with long black hair. Nobody wished to be her friend because everybody used to think that she is an evil ghost who is able to curse people. 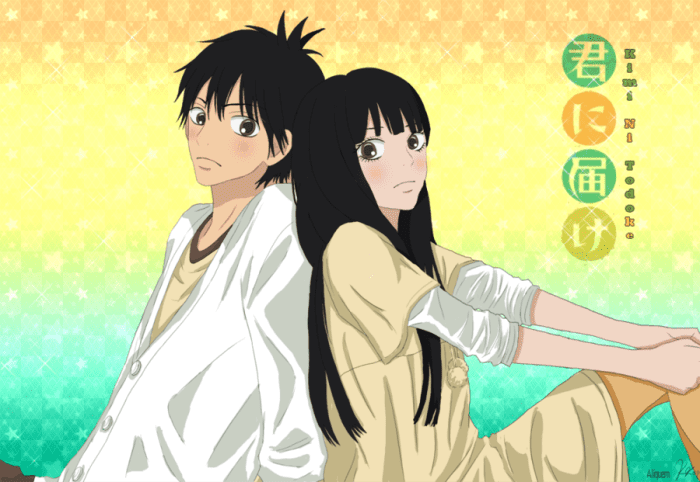 Nonetheless, Sawako is actually a very sweet, caring, and helpful girl who is nothing like what the others describe her to be. One day, the popular boy of the high school starts talking to her. His name was Kazehaya. After seeing Kazehaya approach Sawako, everyone started understanding that she was not an evil girl but was genuinely nice in nature. She gradually was able to make a lot of friends while a close bond started forming between Sawako and Kazehaya. They soon get into a relationship while tackling down various obstacles that would get in their way.

Use this link to watch ‘Kimi Ni Todoke: From Me To You’ on Hulu today!