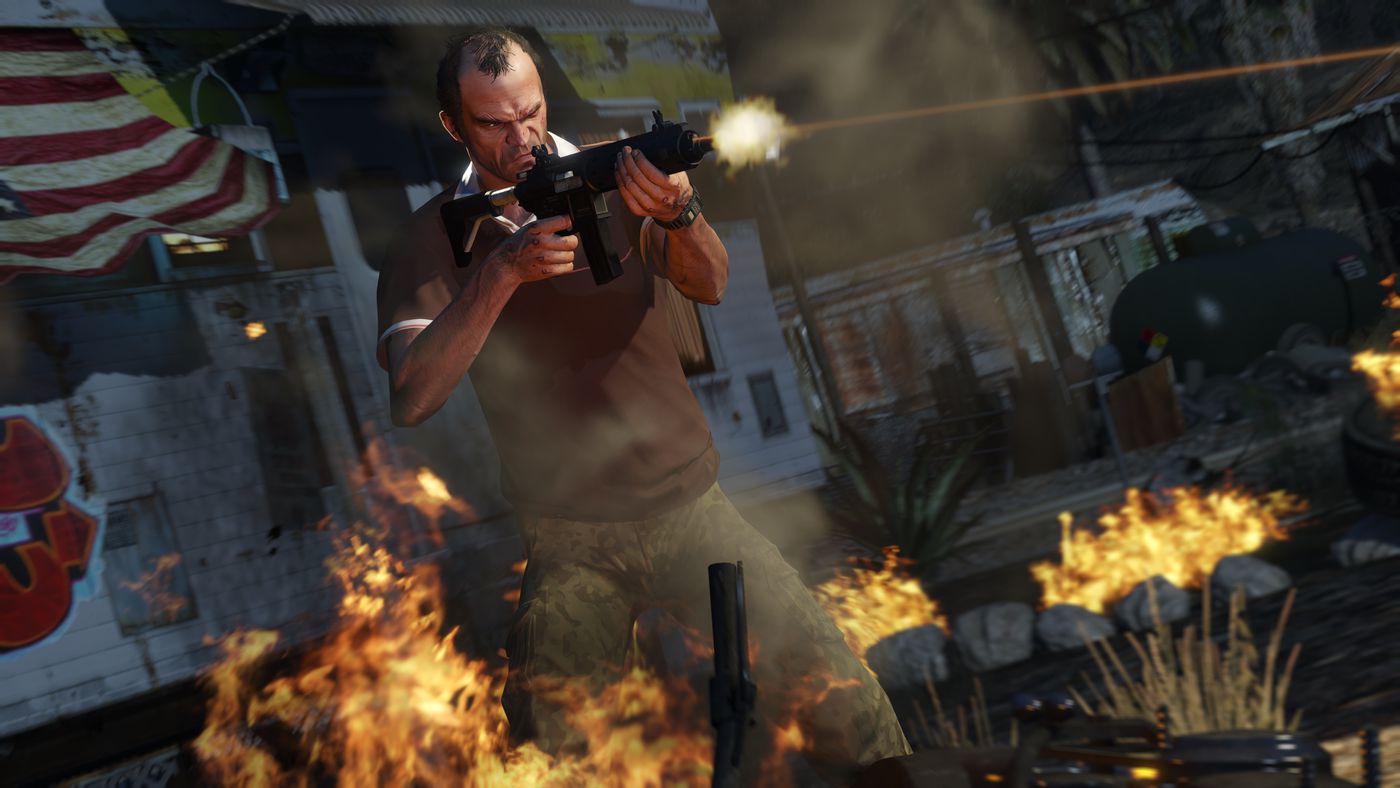 When it comes to open-world games, the first name that pops in all of our’s minds would be Grand Theft Auto games. These games have influenced our childhood and are also part of our culture. For those who are living under the rock, the GTA game franchise is a series of action-adventure games created by David Jones and Mike Dailly and developed by Rockstar Games. As much of an influence this game has on our culture, it has also made that much influence in the gaming industry, too. After the success of GTA games, many studios began focusing more on open-world games where some of them were heavily ‘inspired from the ‘Grand Theft Auto’ franchise’ and turned out to be pretty good. In this article, we will be looking at ‘GTA Rip Off’ games.

Please do note that this is just our opinion, and your opinion may vary in a huge range. This is not to make fun of the games mentioned below but to show the fans of the Grand Theft Auto Franchise that there are a lot of similar games like GTA, which we think they should check out. When released for the first time, GTA games were able to stand out of the crowd because of their heavy focus on the open world where the players are required to complete missions to progress an overall story while exploring the map. Most of the gameplay revolves around driving and shooting, which takes place in the fictional maps, which were inspired by real-life cities.

In this list, we will be looking at games that are similar to GTA. Keep in mind that the games listed in this article may only have some common niches from the game, or some may be heavily inspired by the GTA franchise. But even so, the games listed here are worth checking out even if you won’t play them.

This was a game that no one expected would be great but turned out to be an amazing game. The Simpsons: Hit & Run was the game that many parents had bought for their children who wanted to play the GTA Vice City or the GTA San Andreas. While many may think this game is an absolute GTA rip-off, it is not. While the game combines the Springfield atmosphere with the GTA-style game, the game has great gameplay as well as story.

While it may lack the crime and violence that the players can do in the Grand Theft Auto universe, you can still hit someone and even run over your vehicle over them if you are a fan of doing that in GTA games. Just like in GTA, you will be required to explore around the map according to the story of the game. Where the game shows its strength, is in terms of the humour it packs in it. If you think the nineties Simpsons is better than the modern-day one, then this is the jokes will be more laughable to you as the jokes in the game are more like the one in the nineties.

Next up on our list is the game Mafia, where we see a crime story similar to the one in the Grand Theft Auto series. The series has been loved for its violence and high-octane scenes and was appreciated for the interpretation of the story of the game in a fresh and unique take. Along with the gameplay, Mafia has also been appreciated for its stunning environments are backed up with.

While the series had got further installments, the first game in the franchise still had a lot of fans. Subsequent Mafia titles may have failed to reach the same lofty heights, but the original provides a masterclass in how to adapt a concept into an engaging experience. The latest game in the franchise is called Mafia: Definitive Edition and is available on platforms including macOS and Microsoft Windows PC, PlayStation 2, 3, and 4, Stadia, Xbox, Xbox 360, and Xbox One.

The most obvious difference between the Just Cause series and GTA is how different the approach to their approach to the 3D open world is, despite having actions and explosions. If you are not satisfied enough with the actions packed into the GTA games, then Just Cause will be your weapon to try. This game has far more action-oriented stunts and explosions, which will remind you if you are in an action movie.

As of now, the series consists of Just Cause, Just Cause 2, Just Cause 3, and Just Cause 4. The story of the game primarily takes place in islands and archipelagos. In each title, the players will be tasked with some tools such as parachute, grappling hook, and wingsuit to overthrow a governing body. As of 2018, it has been officially revealed that the game has shipped over 15 million copies worldwide.

The original Watch Dogs was such a sour-hearted affair where we see the game telling us a tale of revenge that becomes almost unbearable by the end of it. But the developer and publisher of the game, Ubisoft, took the criticism and made the sequel much closer to the sentiments and tone of contemporary Grand Theft Auto titles. The game, because of its similarities, has often been called a copy of Rockstars GTA games, but Watch Dogs 2 still holds plenty of laughs.

While many may not have played The Witcher game, we are pretty sure that you may have heard about the publisher CD Projekt Red. The same studio behind Cyberpunk, one of the most controversial games in 2021. The Witcher is a game that was released by the studio before the backslash it received because of CyberPunk. The Witcher is a game series based on the book series of the same name by Polish writer Andrzej Sapkowski.

The story of the game is considered as a sequel to the story of the books. The series began with the 2007’s The Witcher and was concluded with 2015’s The Witcher 3: Wild Hunt. As of 2020, The Witcher game franchise has three main standalone games, two expansion packs, and three spin-offs. The series has been appreciated by both of the critiques as well as the fans and will have sold over 50 million copies worldwide by May 2020. Since Witcher games are also open-world RPG games, it resembles GTA 5’s large, explorable open-world. Just like GTA, players will have to explore the map according to the missions as the game progress.

Far Cry is a franchise of first-person shooter games, which may sound similar to GTA games. Published by Ubisoft, the first game in this franchise was released back in 2004. Since its release, the game has received six installments and has been the favorite game for many players. Open world game fans have been a fan of the Far Cry franchise and the franchise haS sold more than 20 million units.

While it may sound similar to Watch Dogs, the game Sleeping dog packs in a lot of martial arts and B-movie stunt actions in an open-world crime genre, the result turns out to be a Grand Theft Auto combined with a Bruce Lee film.

Because of its success and positive reviews, a sequel to the game was also announced, which was said to include a co-op campaign but was canned in the early stages of development.

Also Read: What is Glenn Scovilles Location in GTA 5? Where to Find and Catch Him?