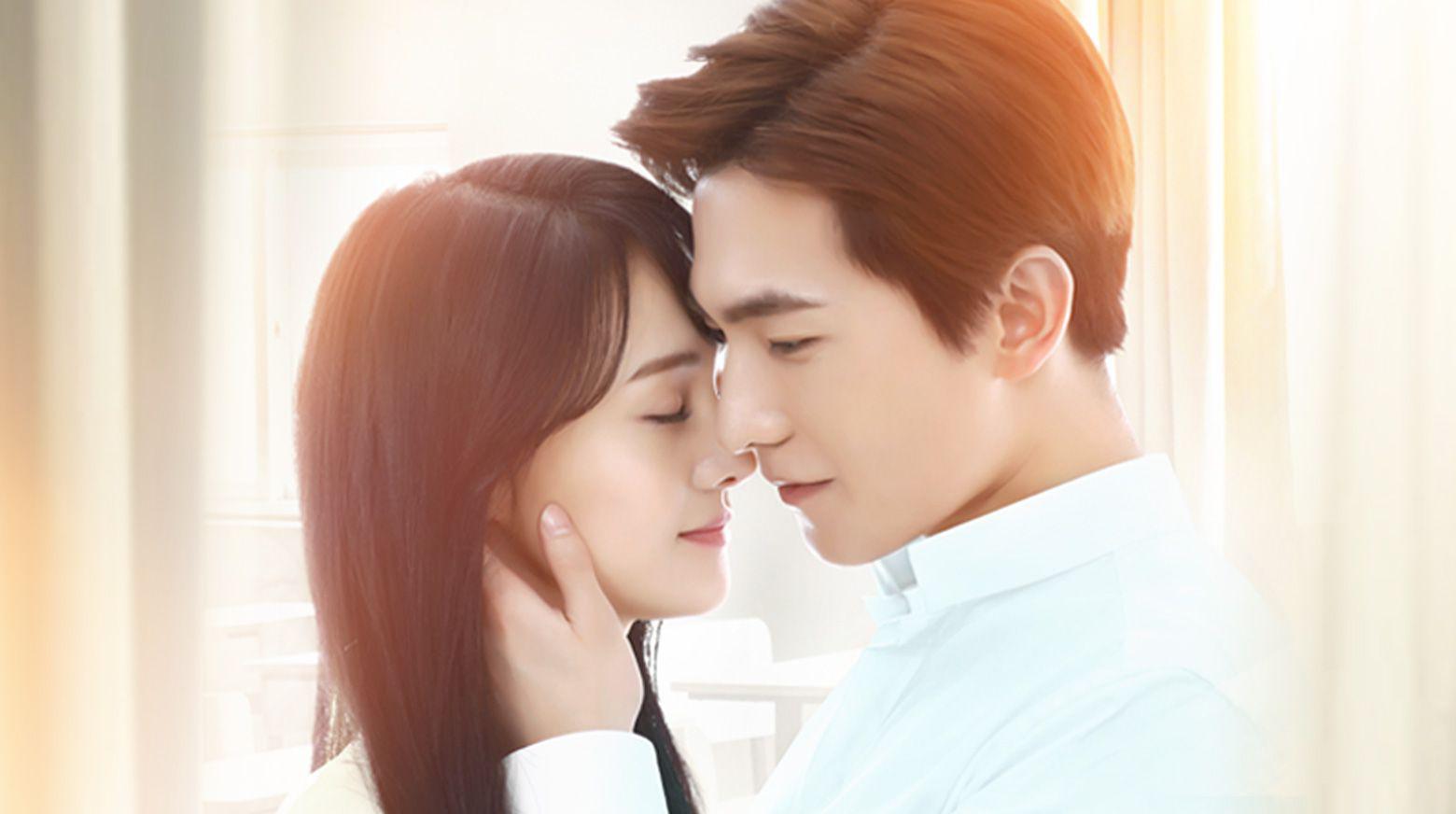 Office romance is one of the most popular genres of the Asian drama world that can never go out of trend no matter how much the industry has become advanced. If an absolutely professional relationship between a boss and his employee gradually transitioning into a loving and sweet one is not something you would want to watch by the end of a hectic day, what else do you need! No matter how different the reality is, a little dose of a romantic comedy set in a workplace is all you need to absorb all your workloads!

However, that doesn’t mean that office romance C-dramas don’t come in varieties! The Chinese entertainment industry has shown a marvelous evolution in the last couple of years and has presented to us several quality content. Let’s discover the top six best office romance C-dramas that you should definitely watch to experience an unrealistic but heart-fluttering romance.

A unique plotline indeed, ‘Miss Crow with Mr. Lizard’ revolves around a talented young architect named Gu Chuan whose life takes a sharp turn after being a victim of a major traffic accident. He ends up going through a heart transplant surgery which saves his life, but upon waking up, he finds that he has a mechanical heart transplant in his chest. Because of this, he is bound to live a life without any excitement or grief as he wouldn’t be able to handle either one of them. 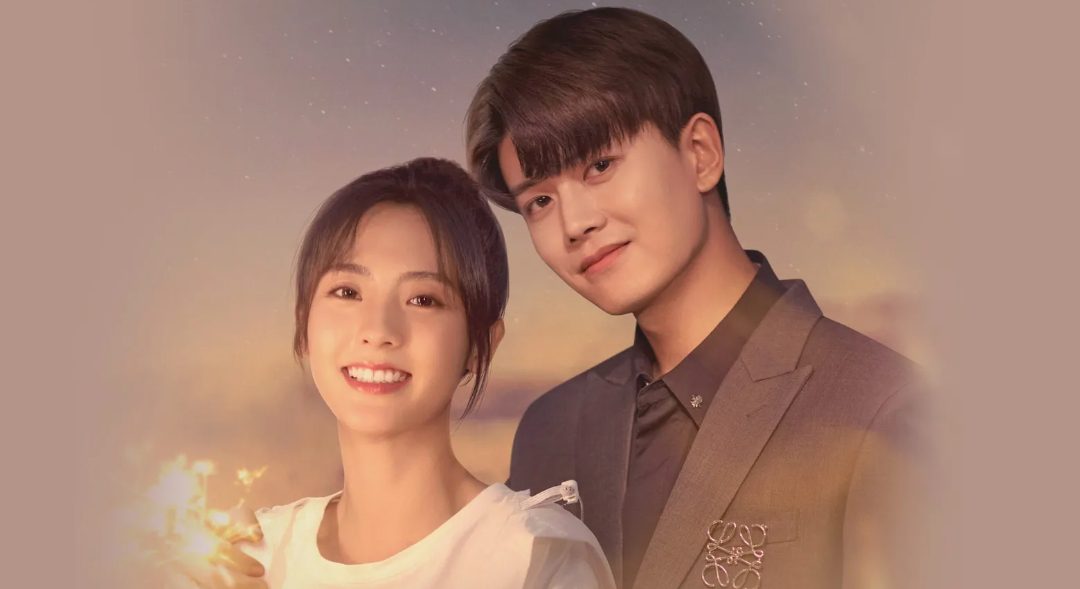 His dark and somber life gets to see the light of a cheerful and optimistic woman named Jiang Xiao Ning, who joins his company as a new employee. As much as Gu Chuan knows that he cannot fall in love with anyone, Xiao Ning keeps on making a place in his mechanical heart, and thus the office romance begins!

While most of the office romance C-dramas spend a lot of time in making the main characters come across each other, ‘Lucky’s First Love’ showcases Xing Yun as the secretary of Xia Ke from the very first episode, thereby giving more time for the development of their relationship. The story follows Xia Ke as the headstrong and determined owner of a self-found game designing company who falls in love with the independent and hard-working Xing Yun, who, despite brimming with potential, is yet to find the right direction. She has never experienced love in her life but is known to have the favor of luck! As the story progresses, the continuous bickering between the boss and employee ends up bringing them closer. 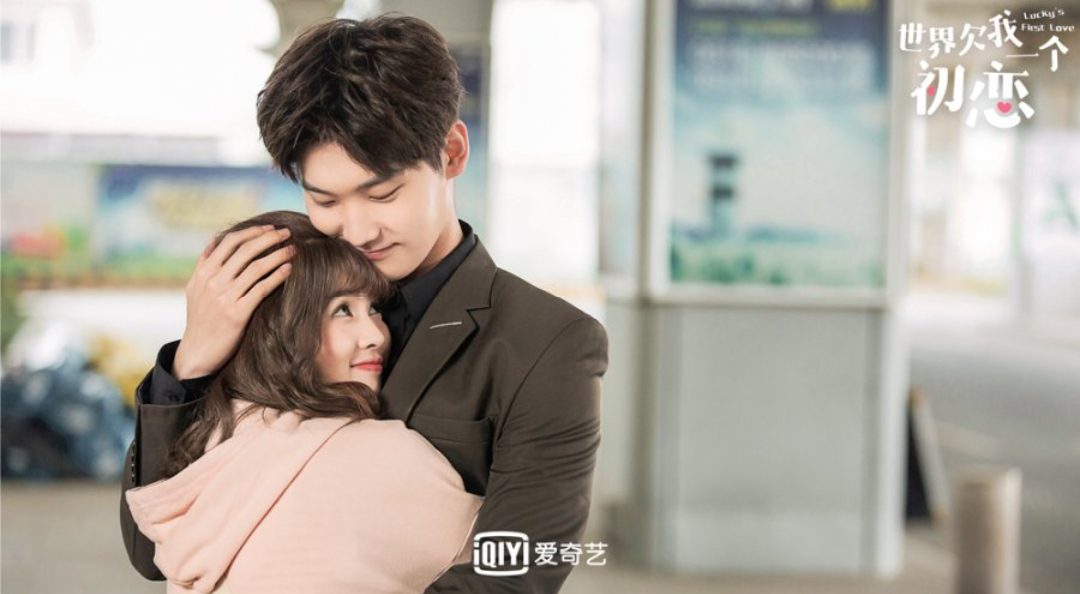 A fan-favorite boss and employee C-drama, ‘Love is Sweet’ revolves around a talented woman named Jiang Jun with a double degree in psychology and economics who has a rare allergy to tears. She comes from a wealthy family who has always supported her, because of which her thoughts are unrestrained and idealistic. She quits her job at a philanthropy organization to work at a top investment company in order to fulfill her late father’s last wish. She encounters her childhood playmate, Yuan Shuai, the President of the company, but to her surprise, she finds out that he is no more the boy who used to protect her in high school. Instead, he becomes someone who wants her to leave the company once and for all. 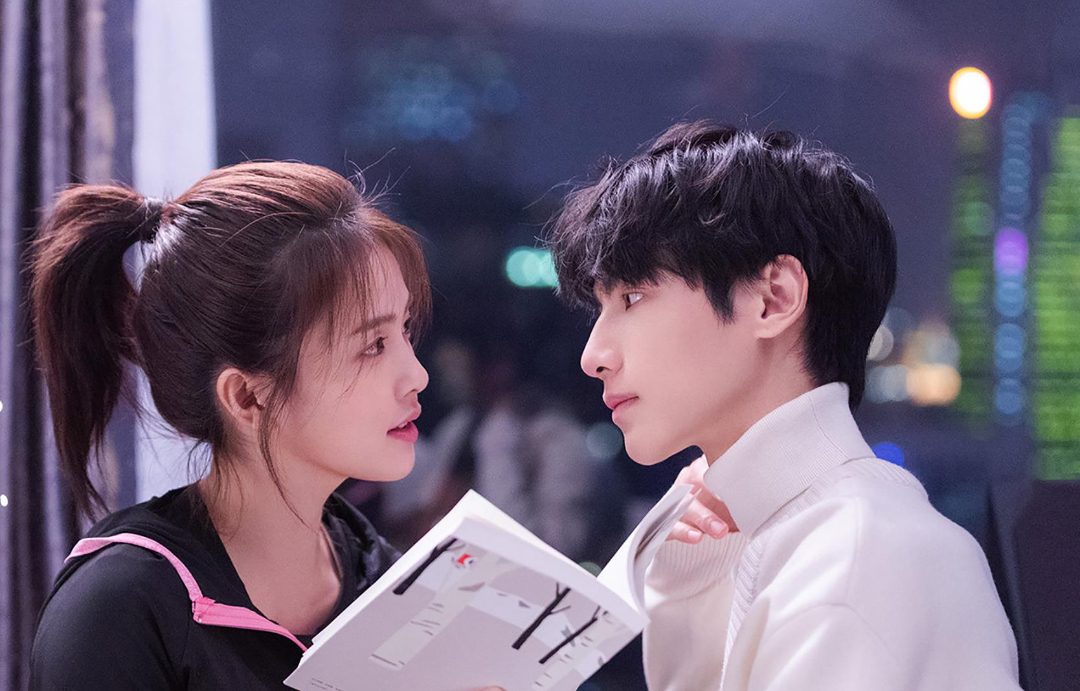 While he tries to push her to the extremes, someone in the workplace has been plotting against Jiang Jun, thereby making her working experience in the company even more difficult. However, her high EQ, attention to details, sense of judgment, and kind nature help to get her through the obstacles.

Read: Best Office Romance K-Dramas That You Must Not Miss

‘My Girl’ is one of the most entertaining office-office C-dramas, which is not only light and fluffy but also make you feel emotional. Meng Hui is a makeup artist who suffers from PTSD because of which she switches to a different personality at random whenever she comes across an intense situation. The disorder is a result of a big scar on her face from her childhood days, because of which she has gone through hell. She comes across the miserly CEO of a cosmetics company, Shen Yi, whose only dream is to make a liquid foundation good enough to cover scars. 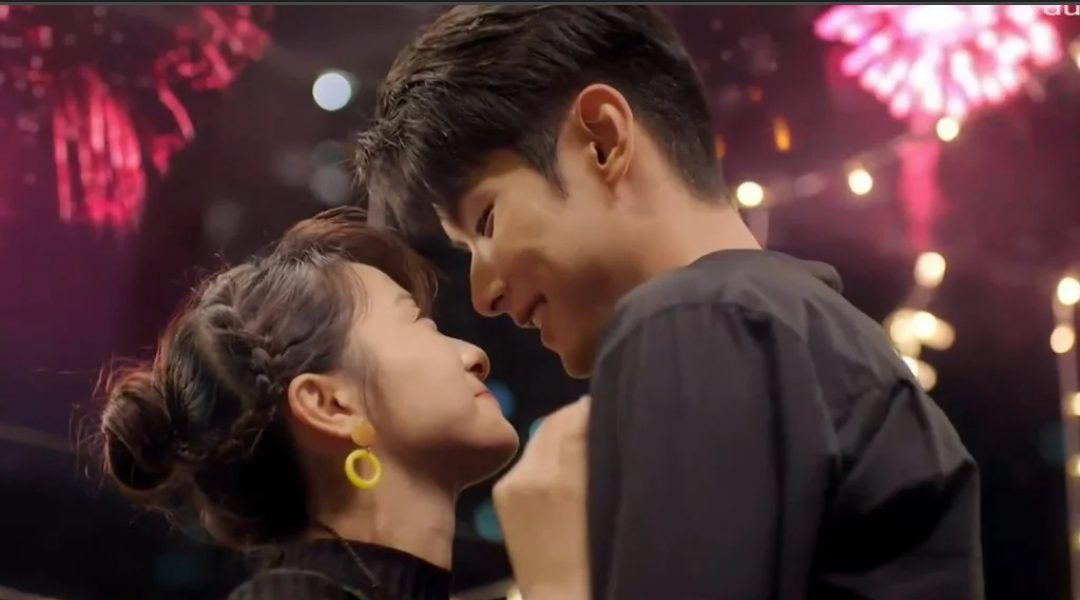 A series of incidents lead Meng Hui to switch to a badass makeup artist who can go to any extent to get what she desires. Her alternate character declares herself as Shen Yi’s girlfriend in public, and the latter decides to play along when he discovers that Meng Hui has developed a revolutionary liquid foundation that can hide scars so well that it doesn’t seem to be there at all! However, Shen Yi finds himself falling for her while pretending to be her boyfriend, not knowing that he is the one who had initially triggered her trauma as a kid.

Rich and arrogant CEO falling in love with a cheerful and clumsy girl is quite common in C-dramas, but what makes the show more interesting is its fantasy elements! The female lead is an alien who lands on the earth unexpectedly after losing her signal and gets stuck here with her assistant tortoise because of the loss of her annunciator. She possesses superpowers of flight, pausing the time and super strength using which she manages to get a job and shelter under the name Chai Xiao Qi. 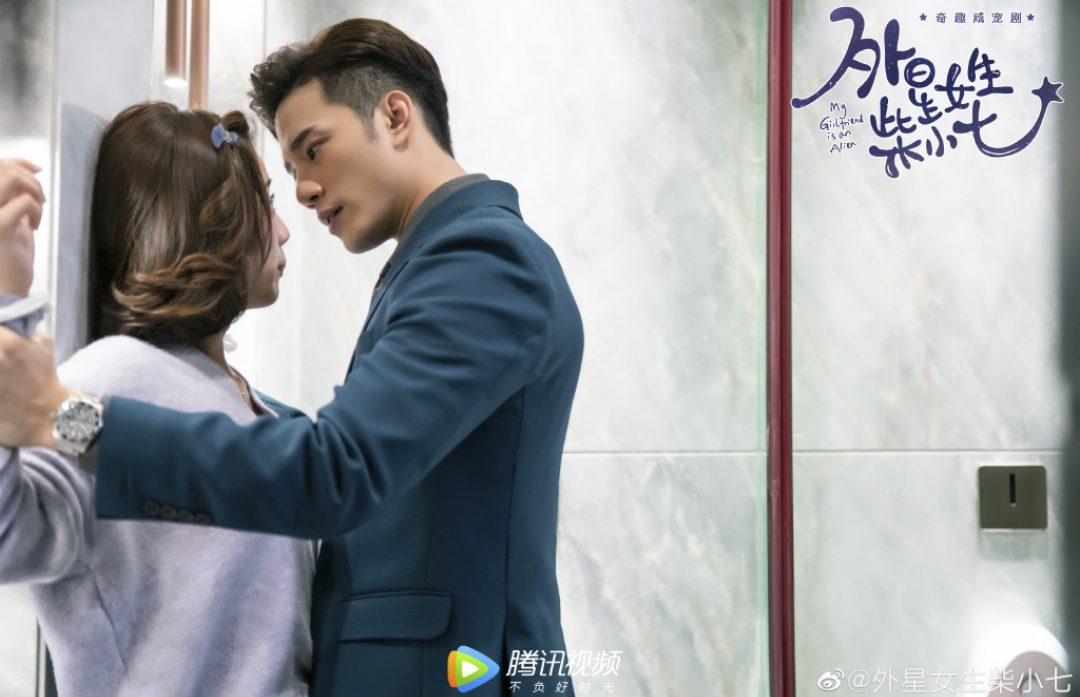 My Girlfriend is an Alien

However, for some reason, time doesn’t stop for the dominating CEO of a large cooperation, Fang Leng, who has been suffering from a rare condition of heterosexual amnesia. According to the condition, he forgets every female around him with whom he has encountered within a few years every time it rains. When Fang Leng and Xiao Qi meet each other for the very first time, while the latter seems to get on Fang Leng’s nerves, Xiao Qi cannot help but get attracted to the male hormone found on the earth. The two end up falling in love with each other after Xiao Qi gets an employee in Fang Leng’s company, but his amnesia doesn’t seem to favor their love!

Love o2o used to be the most-watched Chinese drama on YouTube before it was taken down last year because of a controversy involving the lead actress. Nonetheless, it is one of the most loved rom-com C-drama of all time! The story revolves around a beautiful and hard-working girl named Bei Wei Wei, majoring in Computer Science subject who is also one of the topmost players of an online role-playing multiplayer game. On the other hand, the most popular senior at her campus, Xiao Nai, is probably the most perfect man to ever exist, with exceptional skills in Computer Science, online gaming, academics, and sports. Moreover, he is also the president of his self-founded game company. 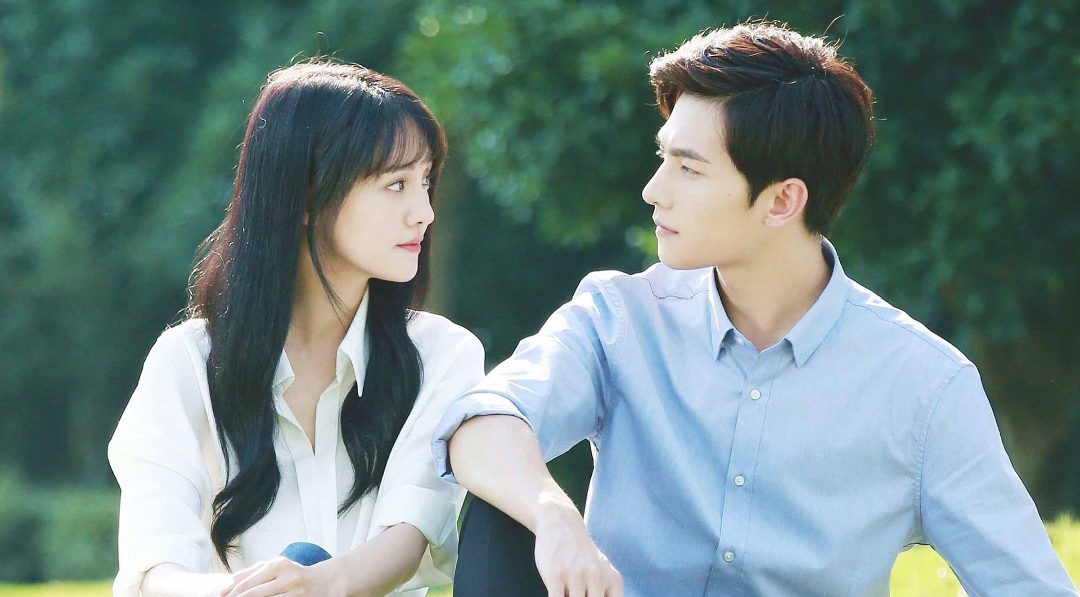 When Xiao Nai comes across Wei Wei for the first time at an internet café, he gets stunned by her impressive gaming skills and the mastery with which she was leading her guild! For winning the heart of department beauty, he approaches her in his unique style— asking her to marry him in the MMORPG game for completing couple quests! The show boasts of a healthy relationship, bromance, friendship, university life, and business.