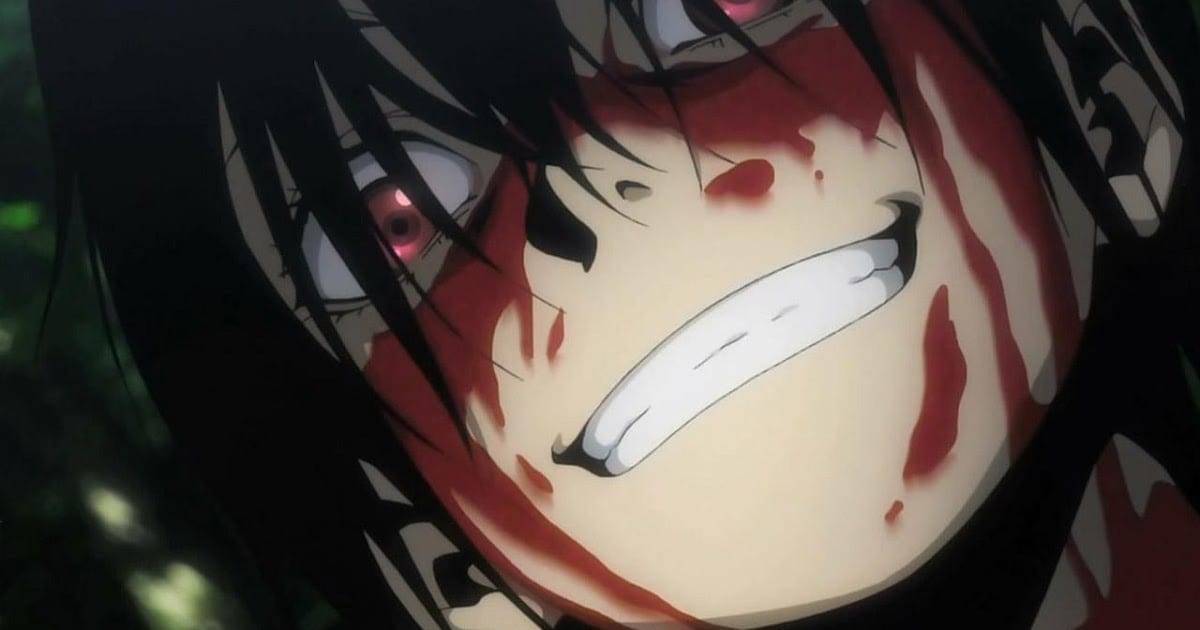 An Anime character is deemed to be extremely memorable and ironically, well-liked by the audience when they are mentally unstable or clinically insane! That’s absolutely crazy, right? The main plot of the Anime series becomes twice as intriguing when these psychopathic characters make an appearance. With their manipulative behaviors, it is hard not to get interested in such personalities.

We have carefully handpicked the most insane compilation of sadistic characters who are ruthlessly self-serving, selfish, antisocial, egoistic, and lack basic emotions like empathy and remorse. These bold characters are often associated with committing violent and abusive crimes. Feel free to browse through this gruesome collection of crazy characters who are not even afraid of hurting their loved ones! 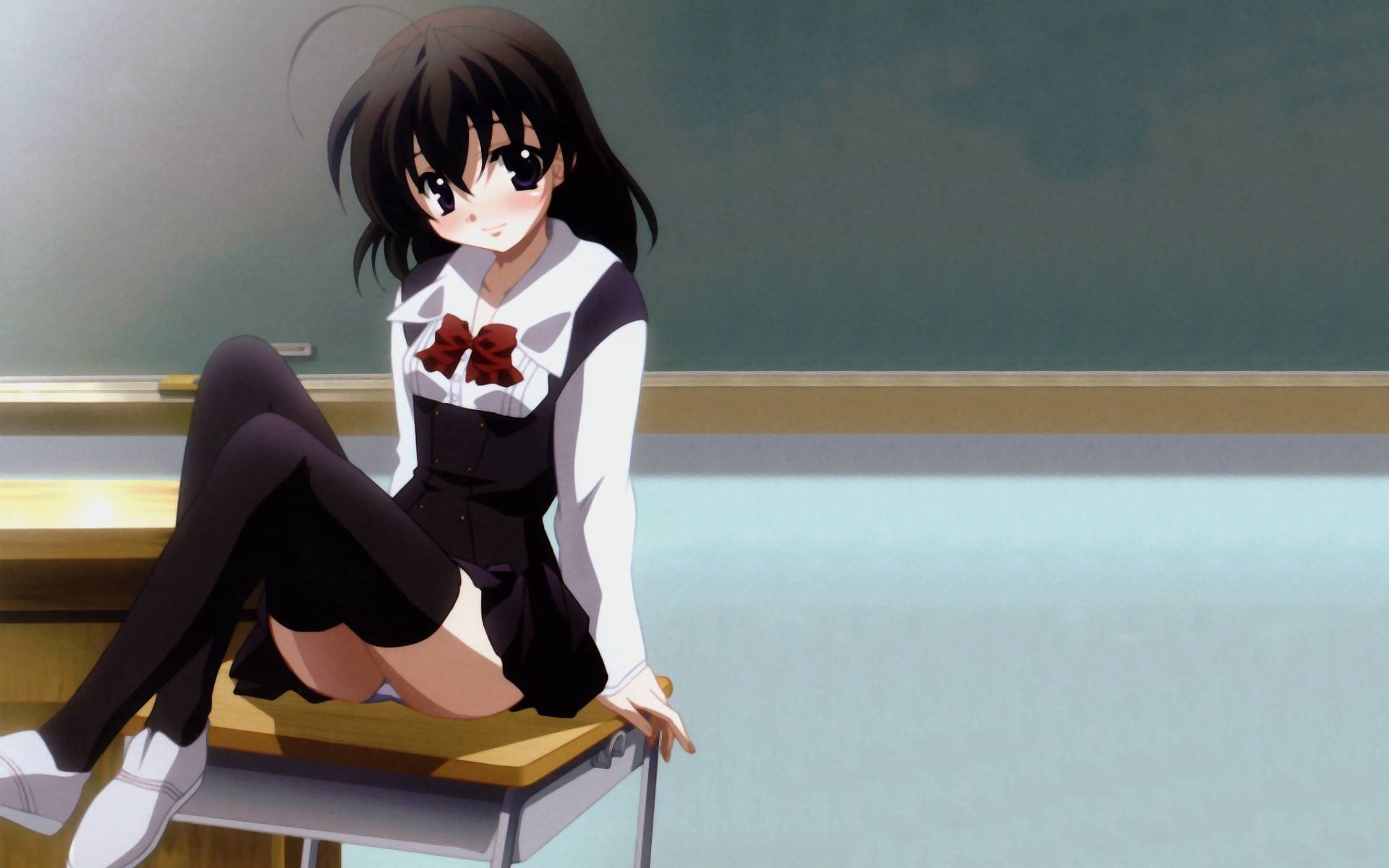 Sekai Saionji is definitely a depressed little school girl whose mind and body are not being able to handle such strong emotions. It is even pointed out by one of her classmates that she has become skinnier than she was and hence, looks a little sick. This, evidently, suggests that she also has an eating disorder that gets triggered each time feels extremely sad or low. Even though she seems like a happy kid, at times, she is battling with all her unwanted sadness from within. She might also be dealing with the disorder of bipolarity. In the end, Sekai ends up killing Kotonoha, her classmate, by stabbing her to death only because she did not want her emotionally hurting Makoto, another friend of Sekai’s, any further.

‘School Days’ is available for you to watch on online platforms such as Crunchyroll. 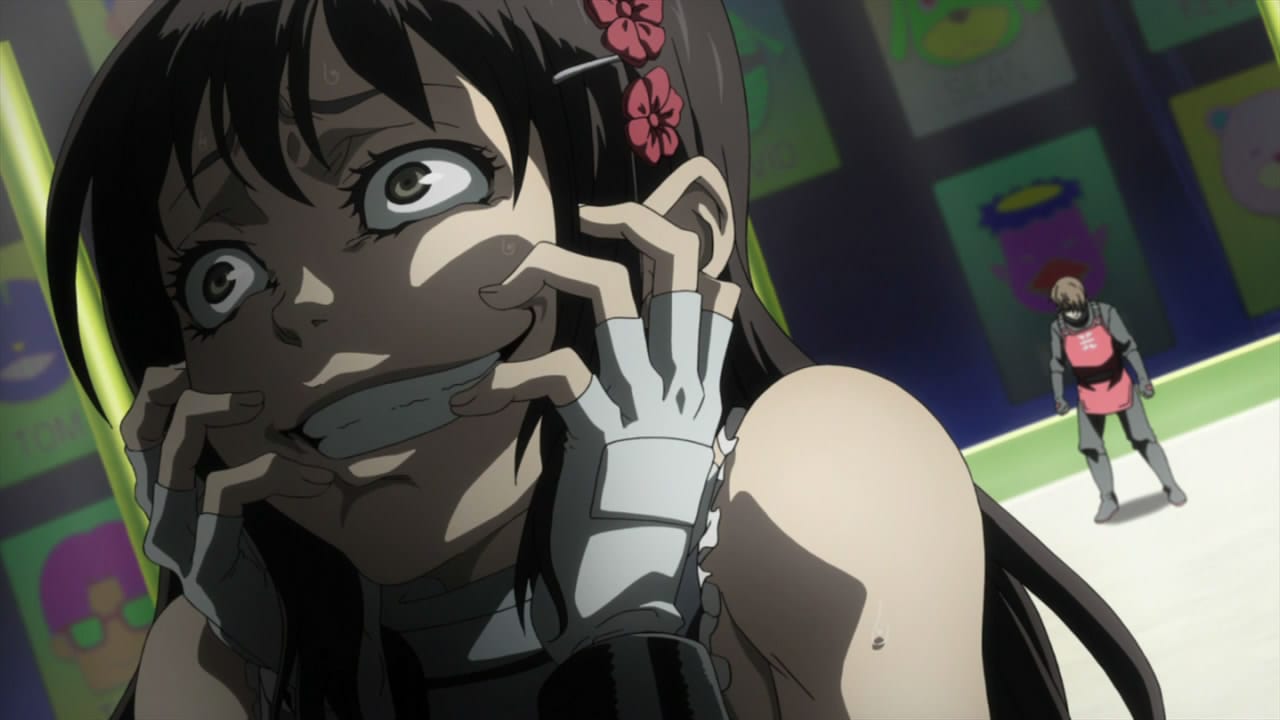 Minatsuki was an emotionally stable girl but a traumatizing childhood event caused her to become a compulsive liar, with a sadistic and manipulative personality. She even gained some ‘Branch of Sin’ powers. Minatsuki lived with her father and her brother. Gradually, with the help of her powers, she started making her brother think that their father was physically and sexually abusing her. Naturally, he tried to protect his younger sister by attacking his father, although their father was innocent. One day, Minatsuki ended up killing her father and manipulated her brother to think that he had committed the murder. She was then sent to the ‘Deadman Wonderland’ and was confined in the G Ward.

‘Deadman Wonderland’ is available for you to watch on online platforms such as Netflix, Funimation, and Crunchyroll. 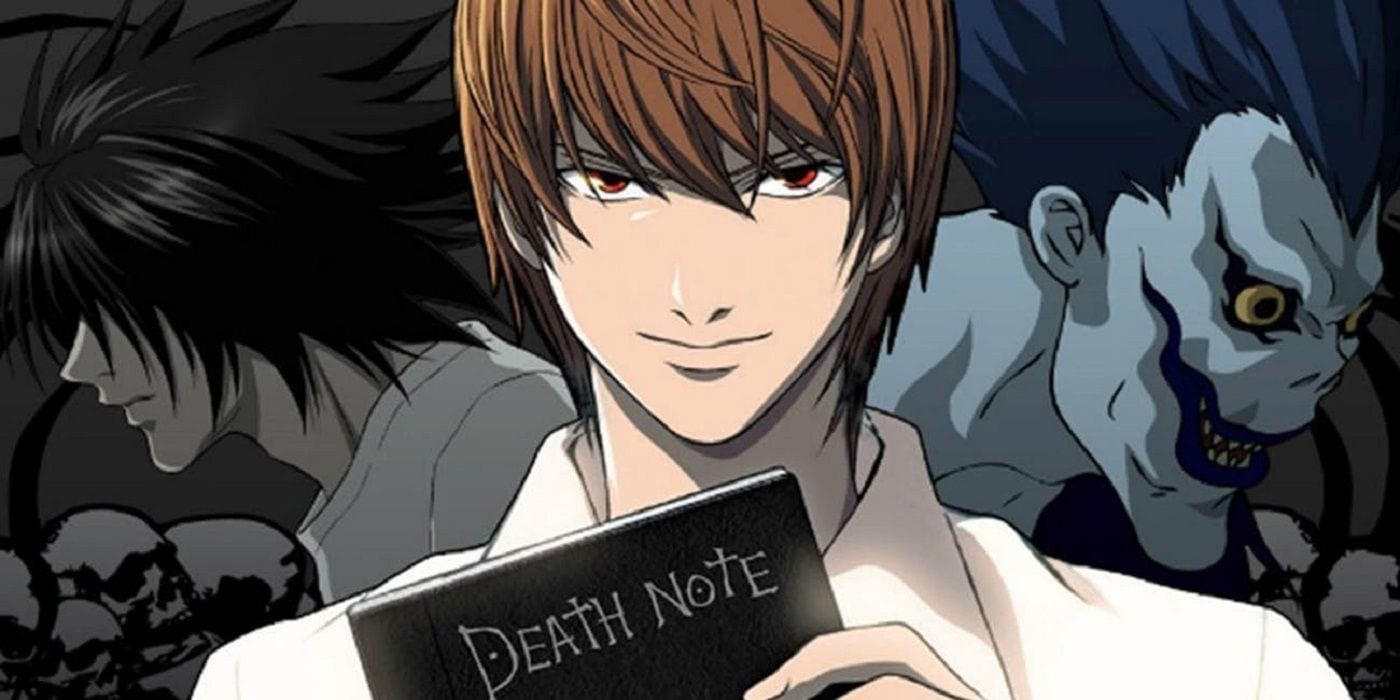 Light Yagami was a brilliant high schoolboy. He was adored by his family, friends, and classmates. Light was also extremely popular among the girls because of his good looks. One day, he came across this notebook called the ‘Death Note’. If he would write someone’s name in the notebook, that person would die in the next couple of seconds. Initially, Light was only using this notebook to wipe out all the bad guys of the country. He enjoyed having so much power. Gradually, this power becomes an obsession when he starts killing anybody who would come his way. He began using his family and his girlfriend for his own selfish needs and eventually, stopped feeling basic emotions because he became a psychopath. 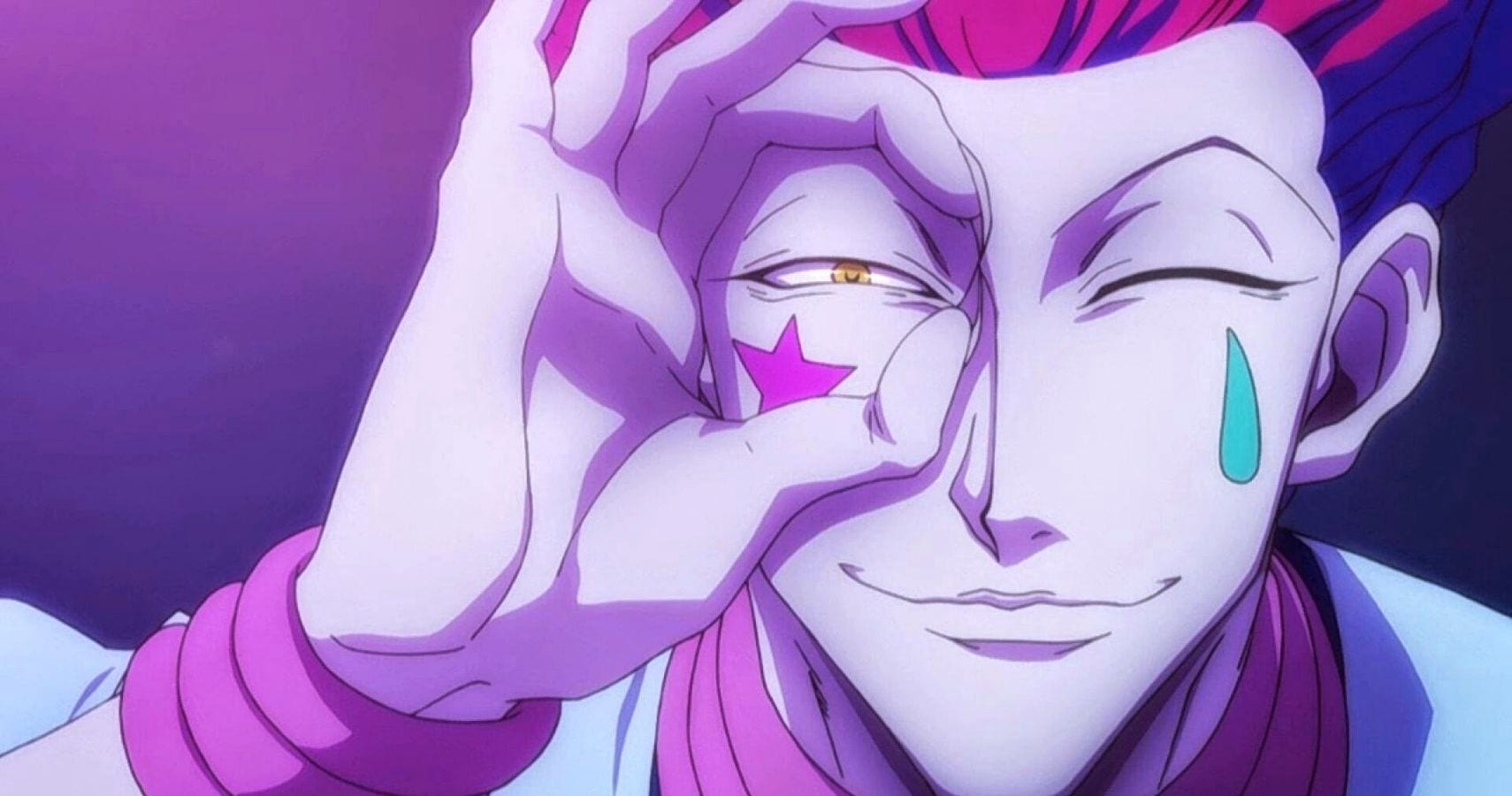 Being a crazy and dangerous serial killer, Hisoka Morow is also a manipulative illusionist or a magician. He kills whoever he wants, be it a small child, a helpless elderly person, or middle-aged people. Obviously, he is extremely sadistic because he extracts pleasure out of the bloodshed. He is even happier when his opponent or enemy is strong, this allows him to battle it out and then kill them. Nonetheless, he likes spending time with Gon and Killua. All things considered, Hisoko is one of the creepiest, deceitful, and most amoral characters in the Anime world. 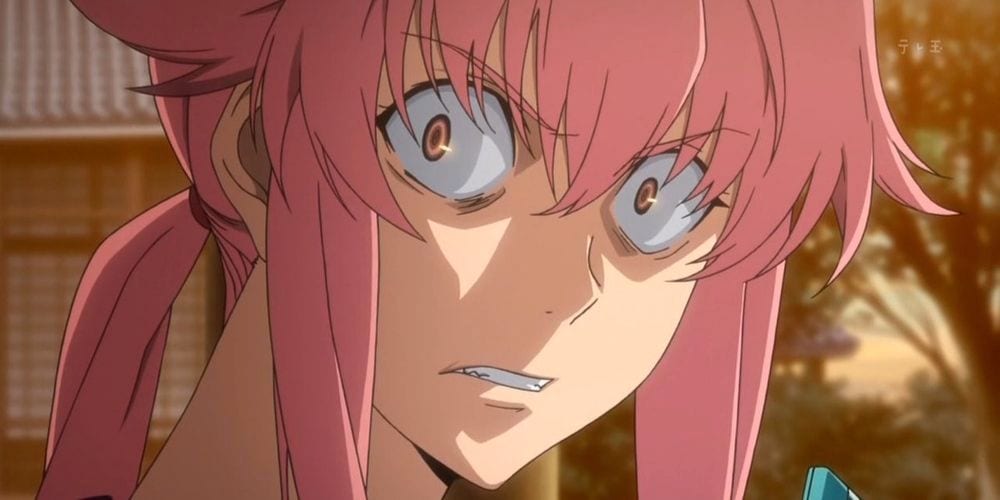 Yuno is a schoolgirl who masks her cruel, violent, and psychopathic personality by being all sweet and shy around others. She was madly in love with her classmate, Yukiteru, and was ready to do anything who would try to come in between. The majority of the time, she would end up killing those people. Yuno did not have a very good childhood. When her parents died, she became delusional and would communicate with their dead bodies, as if they were actually living. Yukiteru ended up being a huge support system for her and she vowed to herself to kill anyone, be it their friends or family, who try to separate the two of them.

‘Future Diary’ is available for you to watch on online platforms such as Netflix, Funimation and AnimeLab. 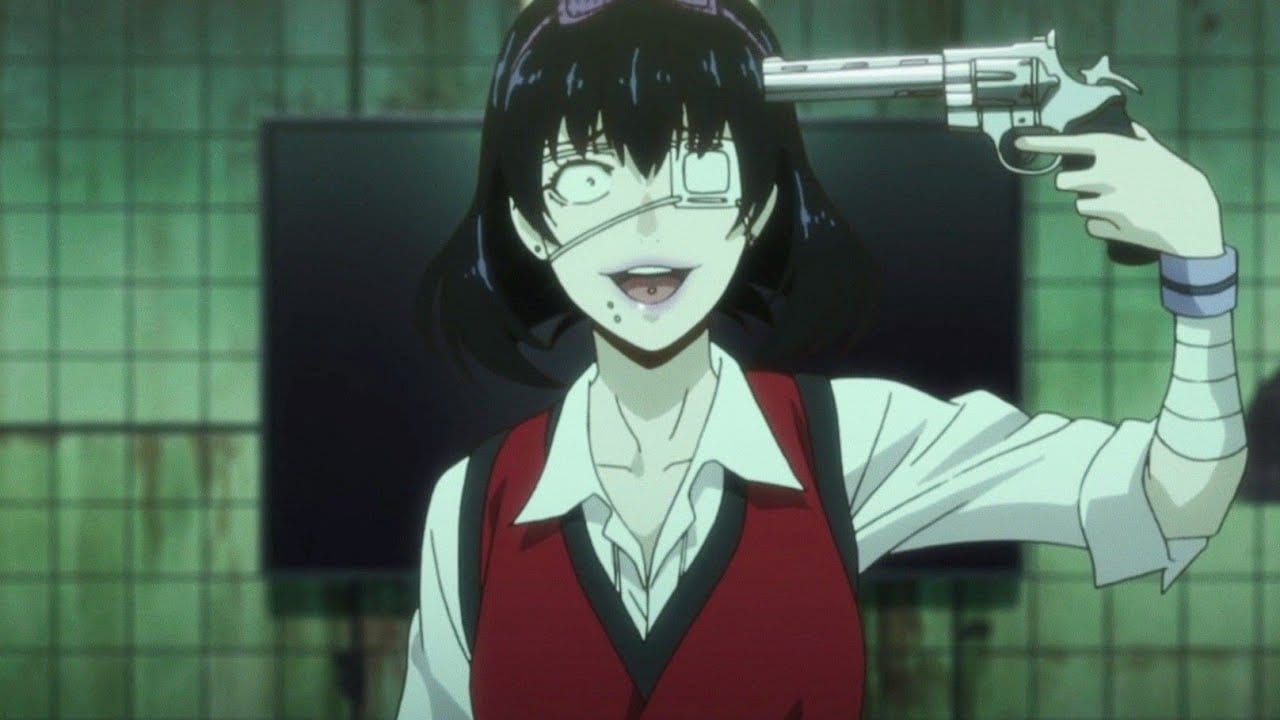 Midari is a black-haired school student who is literally clinically insane. She is suicidal, yet a masochistic girl who stabbed herself in the eye with an ink pen. Midari is also extremely, dominating, intimidating, and manipulating to some extent. The other students of her class often get extremely weird vibes from her. She enjoys playing sadistic games, which includes losing her life if she is not able to win, with a girl called Yumeko Jabami. As Midari is very impulsive, she does whatever it takes to get immediate happiness. She is always ready to gamble with anyone since nobody wishes to play sadistic games with her.

‘Kakegurui’ is available for you to watch on online platforms such as Netflix. 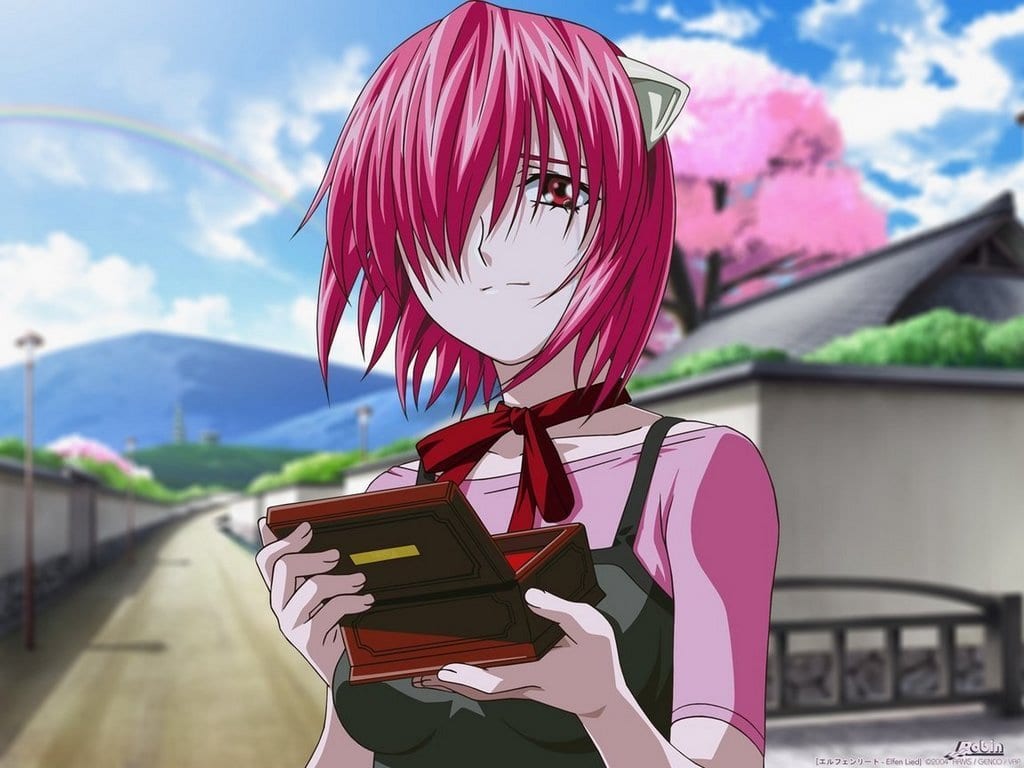 Lucy had a terrible past and was brutally tortured and assaulted. Yet, she indulges in tormenting others even though she had faced the same pain, previously. At a very young, during her childhood, she had to go through a number of mental breakdowns because she was just not being able to tolerate the sick and sadistic behaviors of others. Lucy is a mass murderer who is unable to feel emotions feel like empathy, sympathy, or pity for others. She takes part in various violent acts which are beyond gore and are extremely uncomfortable to watch. Nonetheless, she used to think that she was someone who was too hard to love but remarkably, a boy named Kouta, falls in love with her.

‘Elfen Lied’ is available for you to watch on online platforms such as Hulu, Crunchyroll, and AnimeLab. 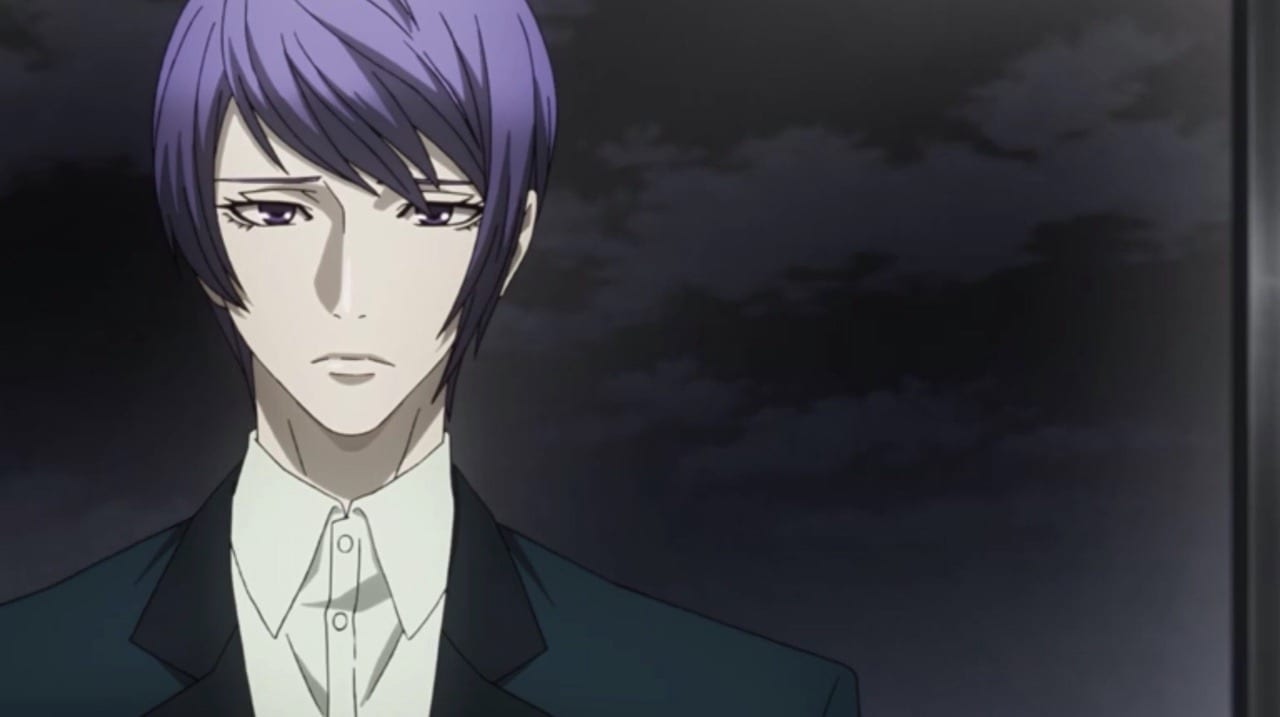 Shuu tries to hide his cruel and evil personality by acting as a friendly person. He was a confident man who had selfish traits. He could do anything he wanted to consume and gobble up his prey. In addition, he would indulge in merciless, violent, and sadistic acts and behaviors before he killed them by devouring their flesh. He was extremely ruthless towards people who insult his taste in food. Shuu did not even know how to control his own emotions – his feelings were literally all over the place. He was extremely and crazily obsessed with Kaneki, even though Shuu was going to kill and eat him, initially.

‘Tokyo Ghoul’ is available for you to watch on online platforms such as Netflix, Hulu, Crunchyroll, Funimation, and AnimeLab. 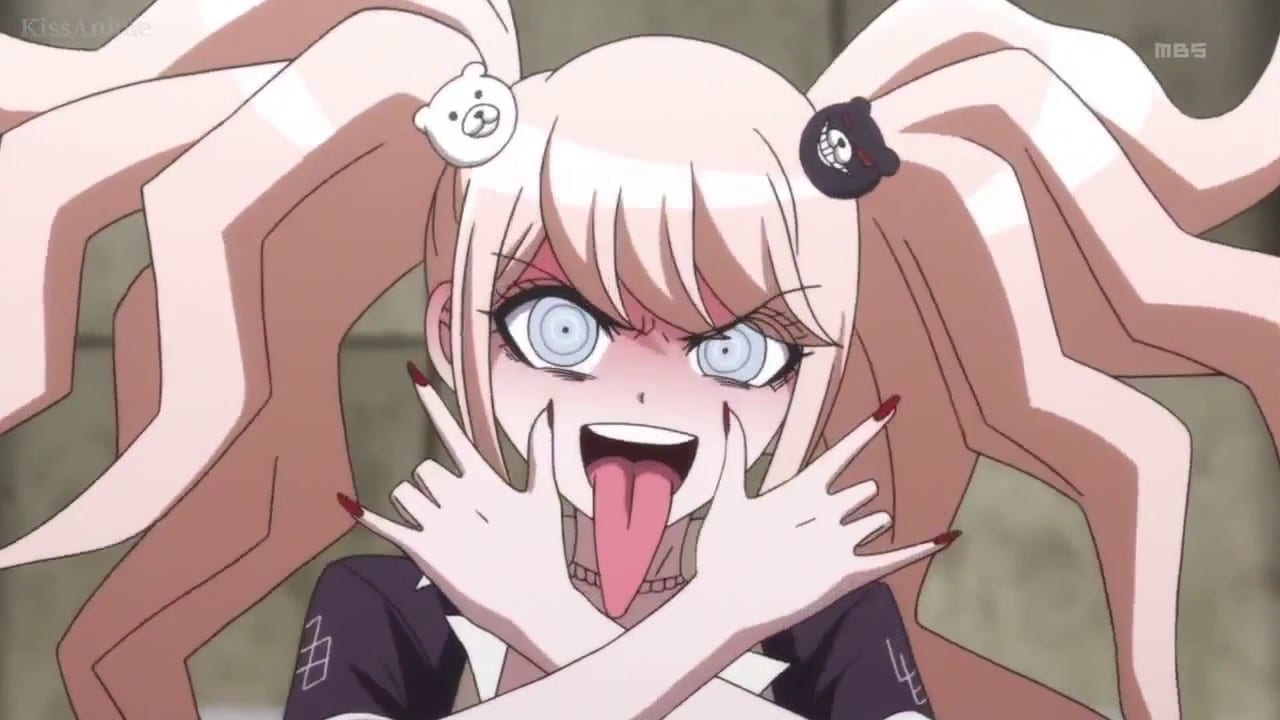 Junko Enoshima was considered to be a young and beautiful fashionista. She was extremely charismatic and well-liked by other people. She seems to be an absent-minded little girl who is very short-tempered. Nonetheless, this persona of hers does not last long since her true colors start coming out. Even though she looked as though she is carefree, Junko was a very violent girl. She was sadistic and abusive towards the people she loved. For instance, her sister and her love interest. She ends up killing both of them. She enjoyed making them both believe that she did not care about them but actually, she did. The killing is how she expressed her love and affection.

‘Danganronpa’ is available for you to watch on online platforms such as Crunchyroll, Hulu, Funimation, AnimeLab. 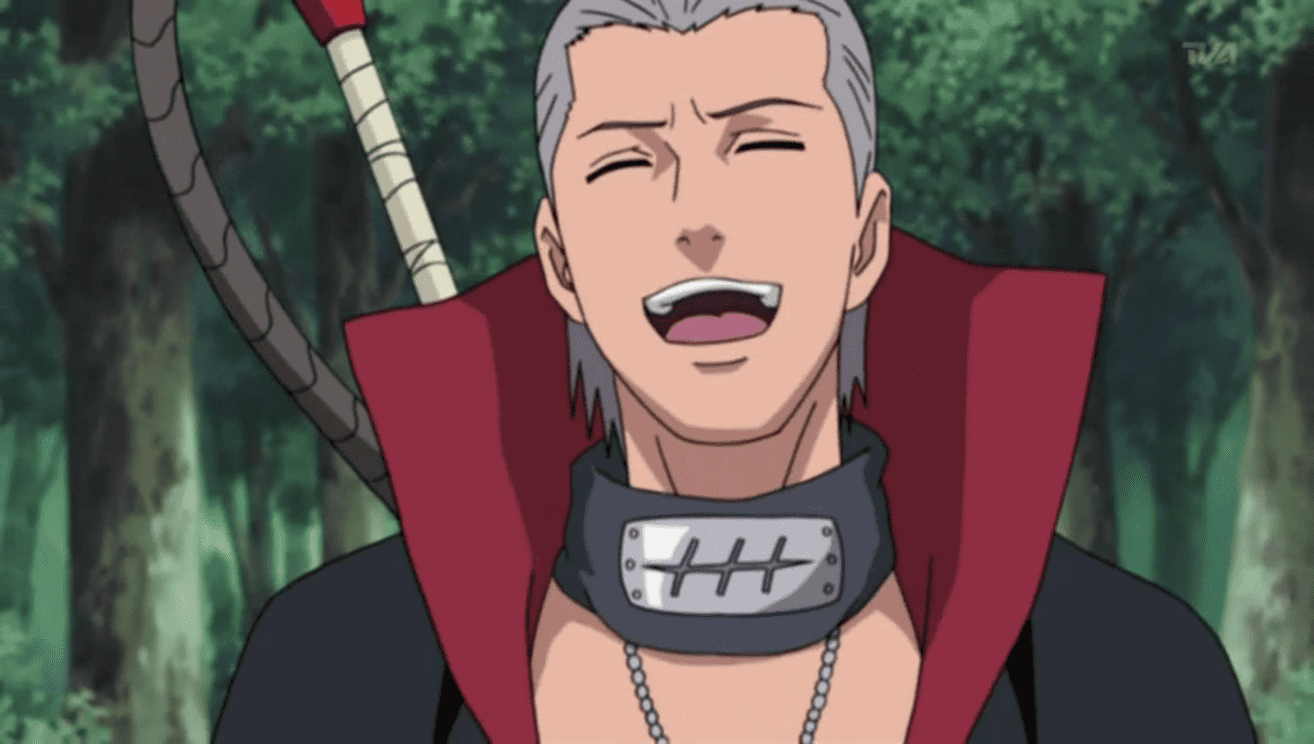 Hidan is one of the most insane and craziest people from ‘Naruto Shippuden’. He lacked empathy and was extremely sadistic. He extracted pleasure from the deaths of numerous people that he had mercilessly and brutally murdered. Being immortal, he had a sense of arrogance in him. The murders that he would commit, were considered to be a part of his religion to please his God, according to him. He was a verbally abusive man, even though he said that he was religious. A masochistic side of him was also portrayed when he started laughing in mania when he, himself, got inflicted with pain.