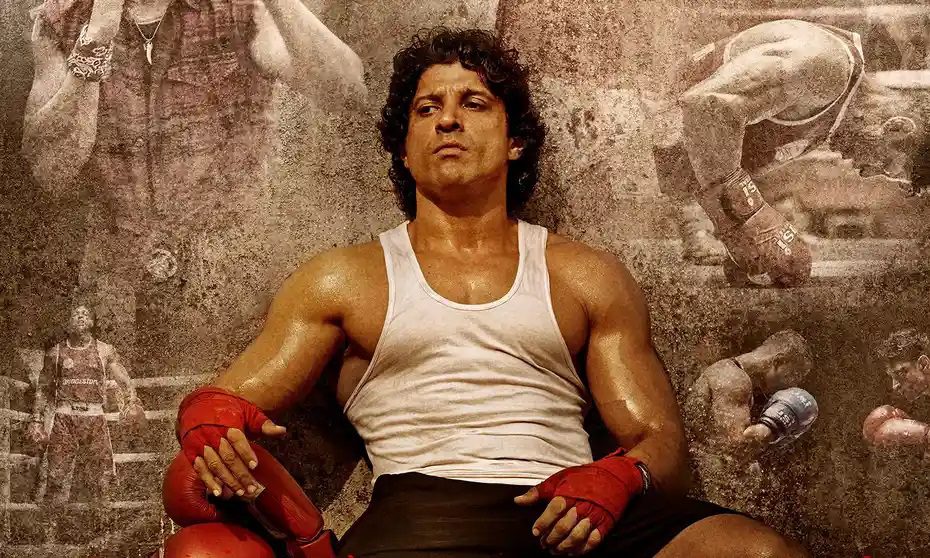 Toofaan, translated from Hindi as Storm, is a sports drama film directed by Rakeysh Omprakash Mehra, with Farhan Akhtar in the lead role as a national-level boxer. The film was recently premiered on 16 July 2021 on Amazon Prime Video. And we will be looking at the Toofan review to help you to make a decision on whether to watch this movie or not. Toofan is the second collaboration between Akhtar and Mehra after Bhaag Milkha Bhaag, which was also a sports movie based on the story of Milkha Singh that was released in 2013.

Over the years, Farhan Akhtar has proven that he is a consistent and flawless actor in every role in which he is assigned. This is the same case for Toofan too, as Farhan Akhtar has showcased a commendable performance in this new Sports film, even after it being how predictable and at times laggy to a good one-time watchable movie. His dedication to his craft can be seen through every frame where we could see him, but unfortunately, the movie wasn’t able to keep up with his high standards of performance by Farhan. This is our Toofan review, and we will be looking at how Farhan saved an average sports movie. 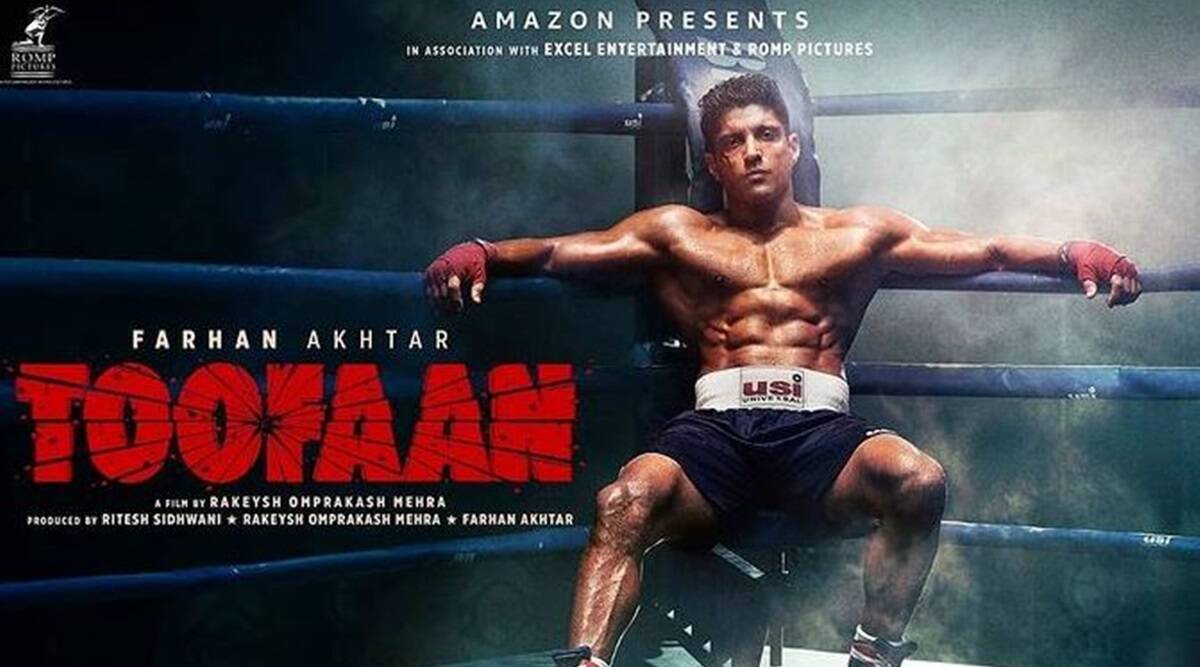 Toofaan, translated from Hindi as Storm,  is a sports drama film directed by Rakeysh Omprakash Mehra, with Farhan Akhtar in the lead role as a national-level boxer.

This movie has it all, the underdog period, personal tragedy elements, trials and tribulations, the training period, and every cliches an average sports film should have. After seeing the pic of Muhammed Ali, Small-time gangster Aziz Ali, played by Farhan Akhtar, decides to try boxing since he is known around for his strong punches in street fights.

After making up his mind, Ali dedicates himself to reaching his objective. He finds a sought-after coach Narayan Prabhu, played by Paresh Rawal, to accept him as his student. But Prabhu is not an all-good person since he was blatantly prejudiced towards Muslims, he even tries to sneak in his Islamophobic thoughts even in casual conversations. To show how far-fetched his bigotry is, he is not even ready to order food from a Muslim-owned restaurant. 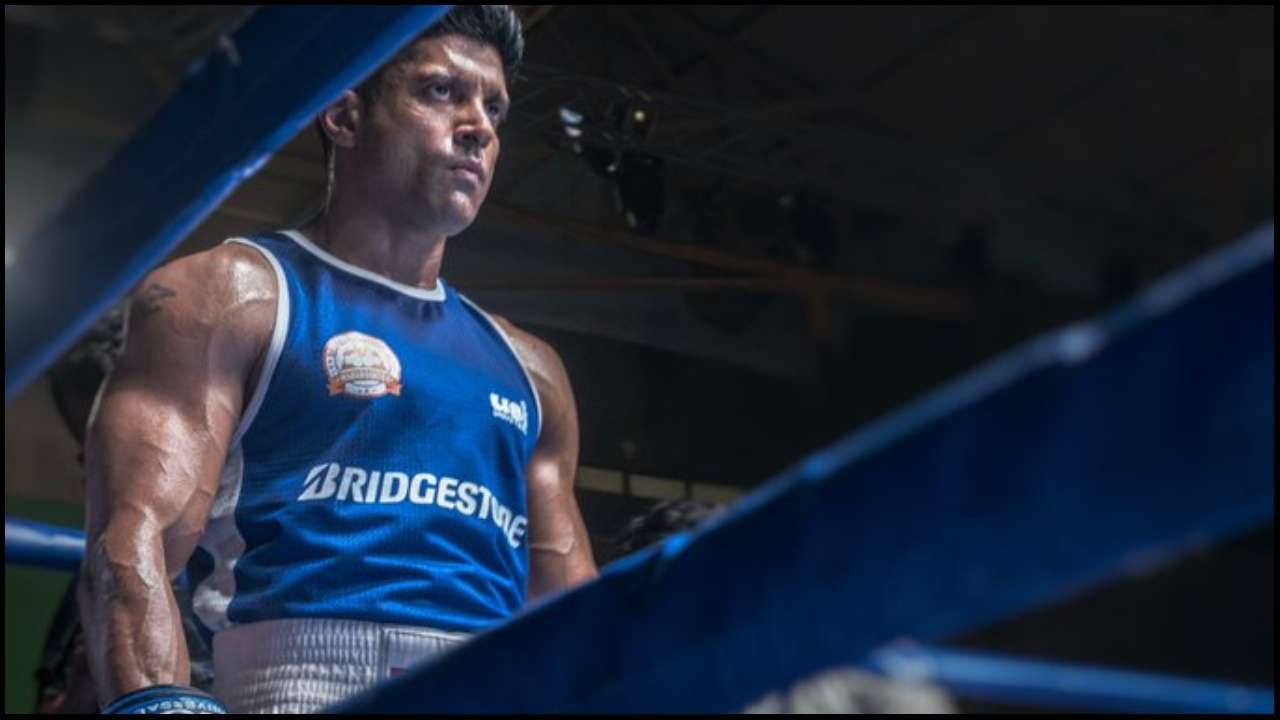 This movie has all the cliches that an average sports film should have.

But even after being a bigot, somewhere in him still lies the values of humanity, this can be seen when he believes in Aziz’s potential as a boxer and decides to train him. When things go well for Ali, he falls for Ananya, played by Mrunal Thakur. Ananya is a Hindu doctor working at a charitable institution. The movie doesn’t seem much interested in opening up more about her since we only know about her profession, and also she likes to pair gajjar halwa with vanilla ice cream.

If you are a long-time Bollywood movies viewer, you will know the purpose of Ananya in the movie. She is the one who gives mental support to Ali and dreams that one day he will become a celebrated boxer. While a supporting character for the lead character is a good thing, the story should have opened up more about her. It’s not like the audience will only root for her if they just explore her character some more, so showcasing her own interests or ambitions wasn’t a bad idea.

The movie was also courageous enough to discuss the terms like love jihad. Ali refuses the idea that his neighbors put forward to convert Ananya’s faith and even change her name. The movie has also been careful in handling their relationship, showing their love, compatibility, and light-hearted banter. The movie also discusses, Hidden prejudices showing up in the professional space along with the struggles that an inter-faith couple goes through are also portrayed in a good way.

Even after having good values in the movie and a good way of executing the idea, the predictable story, along with the stretched duration of almost 3 hours, affects the overall experience of the movie. But it qualifies as a one-time watchable, thanks to Farhan’s amazing performance and few heartfelt moments, along with the exploring of various topics that needed to be discussed. Toofan is worth your time.