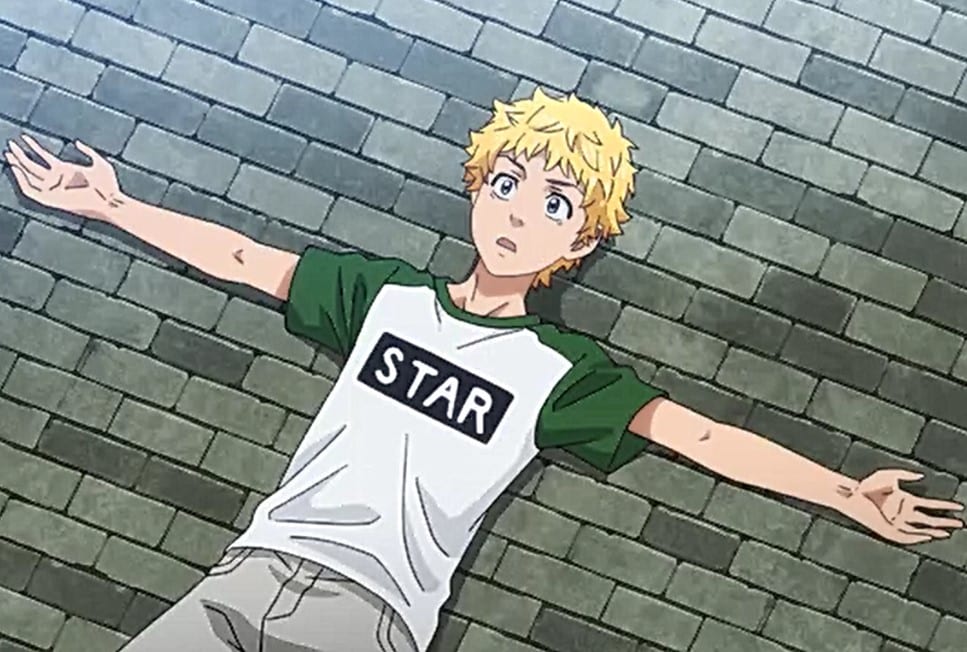 After punishing Moebius and his gang, Ken and Sano fought over Takemichi. Takemichi gets furious, noticing that the two are breaking his stuff. Sano and Ken are surprised when Takemichi tried to stop them. Takemichi’s friends think it is a farewell for Takemichi since he is challenging Ken and Sano. Sano wonders what Takemichi is doing and dodges all the punches that Takemichi is throwing. Takemichi ends up tripping, and he falls on top of trash bags. Sano asks Takemichi if he is okay.

Takemichi gets up and reminds Sano with Ken that they have destroyed his precious memories. Ken told Takemichi to calm down, and Takemichi picks Ken with his collar for the first time in his life. Kazushi notices that Takemichi asks for his death wish and pulls Takemichi away from Ken. Ken apologizes and comments that he didn’t mean to hurt Takemichi. Takemichi replies that if they care about his feelings, they would have picked a fight. He also reminds Ken and Sano about the trouble they cause.

Takemichi falls on his knees and speaks his heart out. He told Ken and Sano that they would split Toman apart one day because of the fights. Takemichi also said he doesn’t want that to happen, and he is tired of seeing wars. Sano wanted to say something, and Takemichi told Sano to go home. Takemichi thought that Sano wants to console him. But Sano asks Takemichi if he has been aware of this the whole time. Takemichi got surprised and wonders if Sano has found that Takemichi has traveled to the past.

Takemichi comments that he has washed his hair. Ken apologizes to Sano, and Takemichi asks why the two were fighting. They surprised Takemichi by saying that they have forgotten. Sano stood on his feet and comment that Ken was right since Pah received terrible beatings. He reveals that he didn’t want Pah to be guilty, even if he knew that would be wrong. Sano also said that he wanted to help Pah because they are friends. But Ken wanted to hor Pah’s resolve. 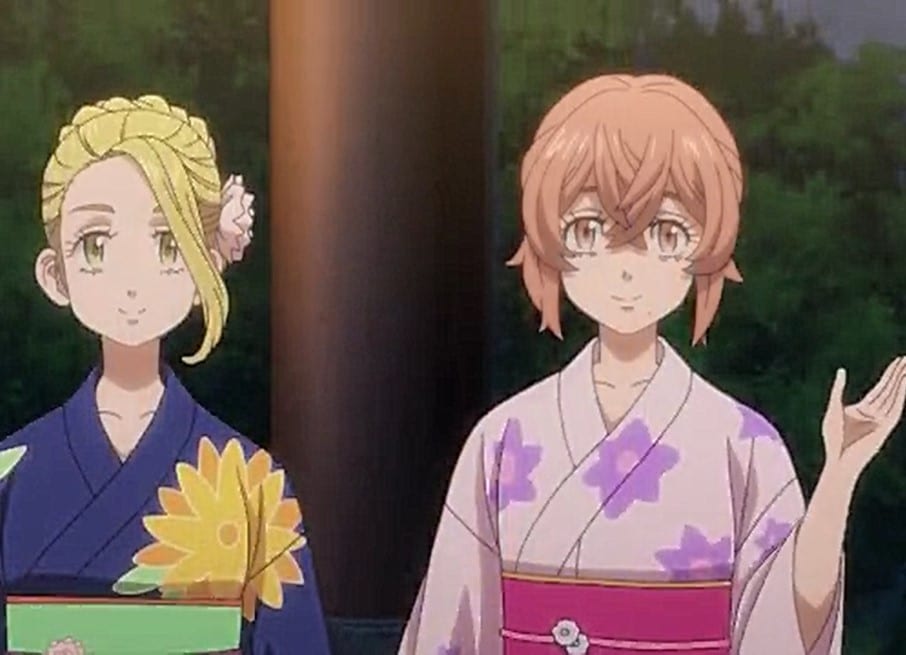 Sano reveals that Ken and Pah had something they couldn’t back down. Takemichi comments that they must celebrate when Pah is a free man. Sano smiles, and Ken realizes the smile is a signal that they will throw a big party. They both join Kazushi and other members of the crew who are playing soccer. Takemichi is glad that everything is falling into place. He realizes that he has to make Sano and Ken remain like this until the day of the incident pass.

Hina asks Takemichi to go with her out on the 3 August since there will be a festival. Takemichi comments that he will go thinking that the war is over. Hina’s friend remarks that she knew that Takemichi would go since he is Hina’s boyfriend. Emma is surprised that Ken and Sano are playing together. The day of the festival arrives, and Takemichi went to the festival with his friends. The festival took place on 3 August 2005. Takemichi is stunned to see Hina looking beautiful. Later, Takemichi finds that Kiyomas wants to kill Draken.