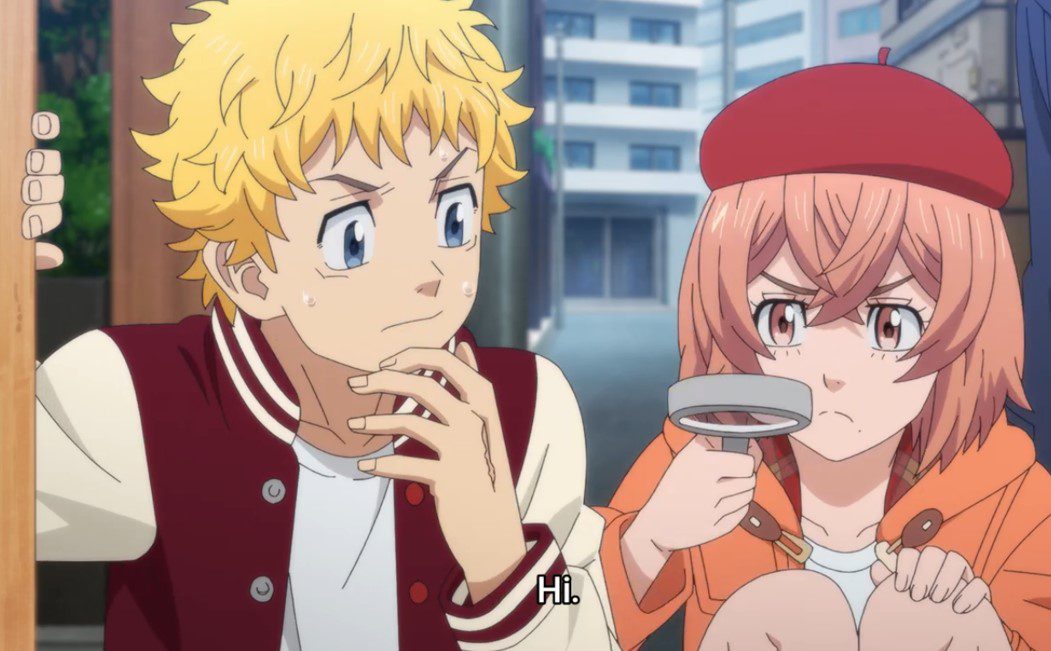 The end of Valhalla vs. Toman begins with Tokyo Revengers Episode 24, with Kazutora getting sentenced to ten years in prison. Tokyo Revenger has come to an end since this is the season finale of this anime. From the recent episode of Tokyo Revengers, Takemichi and Draken visited Kazutora after he got arrested. Kazutora regrets that he was part of Baji’s death, and he wishes he could change things. Draken told him not to worry since Baji wants everyone to reunite, and Mikey, along with the rest of the Toman members, have forgiven him. Kazutora feels like he has lost hope in living, and he doesn’t know what to do.

Draken told him not to die inside the prison since he is still part of Toman. Mikey and Chifuyu are paying respect at Baji’s grave, and Mikey realizes what Baji wanted the most. Takemichi and Draken head to Draken’s place, and on their way, Draken tells Takemichi about the gathering at the shrine. He told him to show up since it is essential. Takemichi wonders what Mikey wants to talk about, and he is nervous. The two arrive at Draken’s place, and Takemichi is surprised to see the hotties and wonders why Draken has to stay in a place like this.

One of the hotties thought that Draken had brought Takemichi as a customer who would hit on her. Draken heads to run a few errands and leaves Takemichi on the sofas. Takemichi wonders why there are pictures of naked chicks around and wonders how Draken lives in a brothel. One of the workers arrived and told Takemichi that her name was Remi and he had to take a shower first. Takemichi goes to the shower, and Remi begins to seduce him, and she asks if she can enter.

Takemichi wonders if this is a surprise present from Dranken, and he might be telling him to man up and lose his virginity. He gets excited and wants Remi to get inside the shower, but Draken comes back and reminds Remi to know her customer. Remi got disappointed and left since she thought that Takemichi was her customer. Draken told Takemichi that everyone here treats him like a family member and clears the confusion. The two went to Draken’s room, and Takemichi noticed that Draken had grown up and cared about everyone. 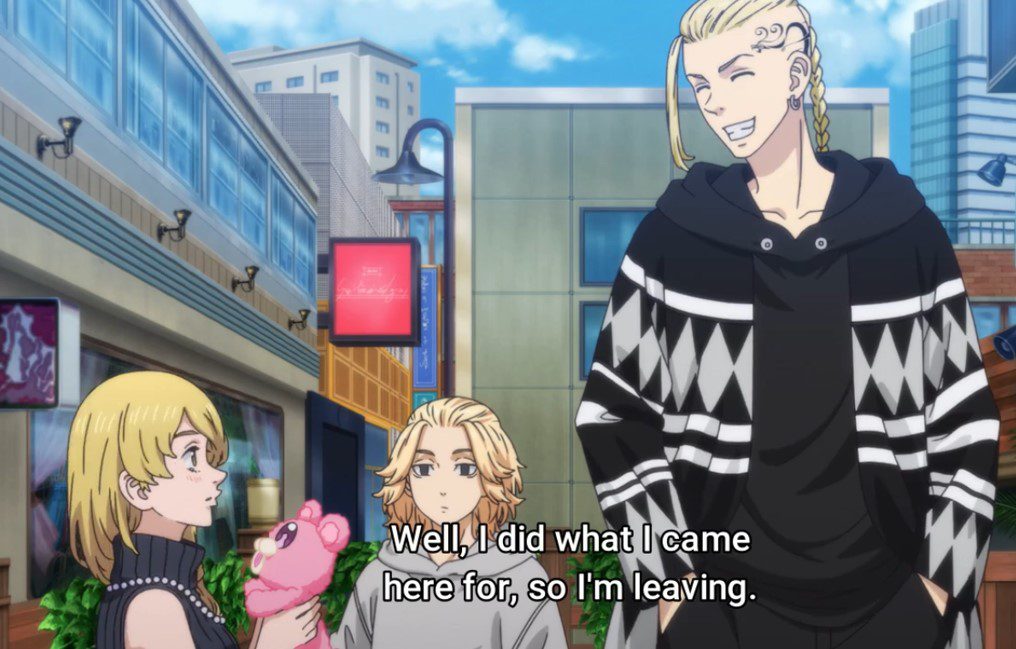 He sees Emma’s picture and realizes that she is important to Draken. Later Takemichi heads out and sees Emma walking alone. He chased her and witnessed Emma hugging Mikey while telling Mikey that she loved him. Takemichi realizes that if Draken finds the truth, it will be an unstoppable war. He decides to find out what is happening, and Naoto with Hina arrives. The trio begins to investigate since they know that Emma is dating Draken, not Mikey. They followed Mikey and Emma everywhere and saw the two feeding ice cream to each other.

Hina gets furious and decides to confront them. Yamaguchi arrives and reveals that Emma has been spending a night at Mikey’s house. Takemichi is surprised to see Draken coming and realizes that it will be a final battle between Toman members. Draken passed them and went straight to Mikey, asking what Mikey was doing with Emma. Draken asks if he never told the crew that Emma is Mikey’s sister. It is Emma’s birthday. They celebrated her birthday, and they were ashamed to think that Emma and Mikey were dating. In the evening, the meeting begins, and everyone is surprised to see Mikey with Hanma.

Tokyo Revengers Episode 24 will be released on 19 September 2021, at 2:08 AM. This was the episode finale of Tokyo Revengers, but it will return soon since the manga continues. Let’s look at the Tokyo Revengers’ recent official developments below. 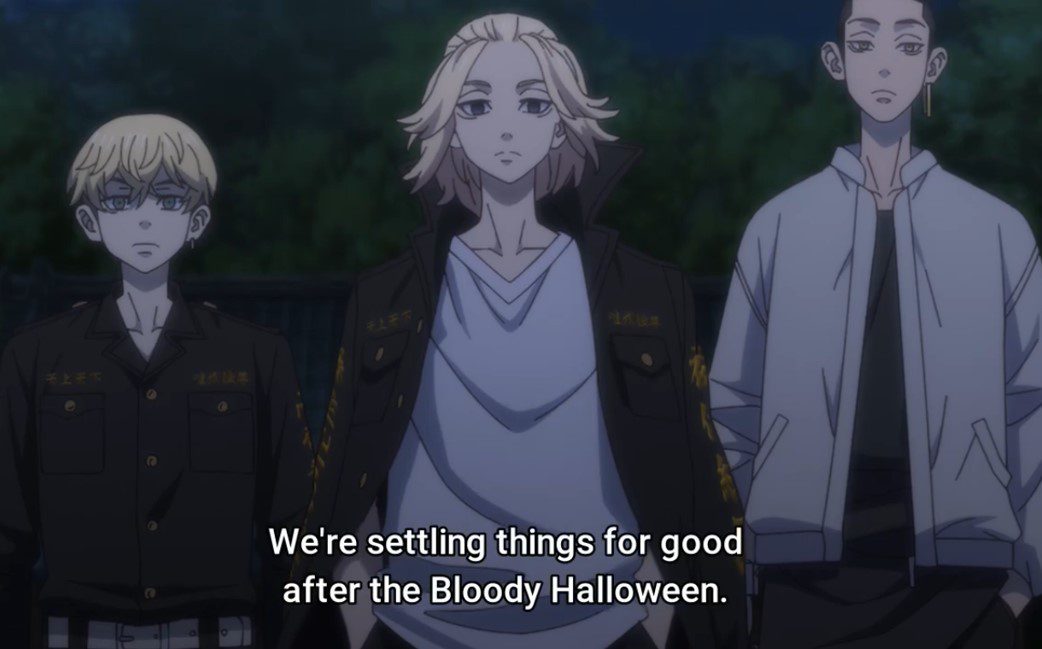 Where To Watch Tokyo Revengers Episode 24

You can watch Tokyo Revengers Episode 24 online on Crunchyroll, Muse Asia, and ANIPLUS. Tokyo Revengers’ latest episodes are available for rewatching with English subtitles online. The next season of this anime will be revealed soon.

Also Read: How Old Is Mikey in Tokyo Revengers?