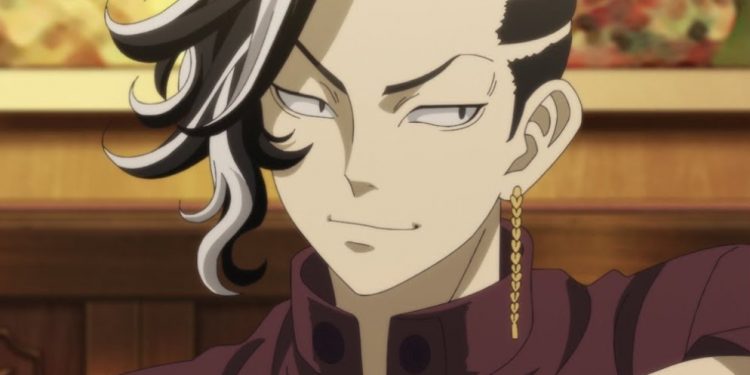 Tokyo Revengers Chapter 238 reveals the new gang that Takemichi recently created, calling it Thousand Winters. Takemichi decided this after he met with Hina, who consoled him that it is not the fight that he can fight alone. Hina also reminds Takemichi about the past, and Takemichi realizes that he can create a new team that is potent to bring peace and Mickey bak. Tokyo Revengers reveals new members of the team called Thousand Winters. This began after Takemichi recovered from his injuries and met with Chifuyu.

Chifuyu makes it hard for Takemichi, but when he apologizes, he accepts to be part of the gang, and they come up with that name. He has also quit his job to join Takemichi. Chifuyu and Takemichi walk around Tokyo, gathering people that would join Thousand Winters. Takemichi was amazed that the guys were joining him without hesitating. He thought they would need some time to think, but things were different. The boys told Takemichi that they would never turn him down if he asked them to help him.

Takemichi realizes that Hakkai will never change. Chifuyu gave Hakkkai their new uniform of Thousand Winters. Hakkai wears the t-shirt and notices that it has a symbol of a cat’s head with a T and W. He asks them who came up with an idea, and Takemichi smiles, and Hakkai realizes that it is Takemichi who came up with that idea. It is the funniest uniform that any gang around Tokyo has ever worn. Takemichi told Hakkai not to be shy since it is the Thousand Winters uniform. Hakkai can’t believe that they came up with a weird uniform and a weird name.

The chapter title is “Make Allies.” Hakkai wonders if they will be wearing that when fighting Kantou Manji Gang. Chifuyu agreed and said that it was cool. Takemichi told Chifuyu that they could talk about a few things. They realize that they now have a team of three. Hakkai commented that he would not be happy for a 3-man team; Chifuyu admits they need more people to fight against the Kantou Manji gang. Takemichi wonders if they have someone they can think of, and they both try to think of boys that they can count on.

Takemichi asks them if they have friends, and Hakkai reminds Takemichi that it is not good to say that. He realizes that he has a name on his mind, and they head to Dranken and Inupi’s shop. Chifuyu wonders if they are doing the right thing by visiting Draken’s place. Inupi arrives and greets Takemichi. The trio sat with Inupi and told him that Drunken had entrusted Takemichi to help Mikey. Takemichi reveals that he will fight the Kantou Manji gang and Thousand Winters shares the same goal. He asks Inupi if he would like to join their Thousand Winters. Inupi got up and told Takemichi that there was no need to ask.

Tokyo Revengers Chapter 238 will be released on 19 January 2022. Inupi realizes that the Era of Three Deities has ended, and Coco admits that day that the new Era has begun, and it is Sano Manjirou’s Era. Coco left, and Inupi took care of Takemichi until Hina arrived. Takemichi didn’t know about that until he met with Inupi at present. Coco has returned to the other side to clean up the aftermath. Let’s look at Tokyo Revengers Chapter 238 official details.

You will be able to read Tokyo-Revengers-Chapter 238 online on tokyorevengers.com. Inupi wonders if Coco is happy with what has happened, and Coco knows that serving Mikey is like betting on a winning horse. But Inupi chose Takemichi over Mikey. Takemichi was glad to hear that. Chifuyu said it was settled, and Inupi officially became a member of Thousand Winter, and they gave him that funny t-shirt. Let’s meet when Tokyo Revengers Chapter 238 is released.

Emily In Paris Has Been Renewed For Seasons 3 And 4!

Jeff Davis Returns on Whose Line Is It Anyway? Season 18 Episode 9