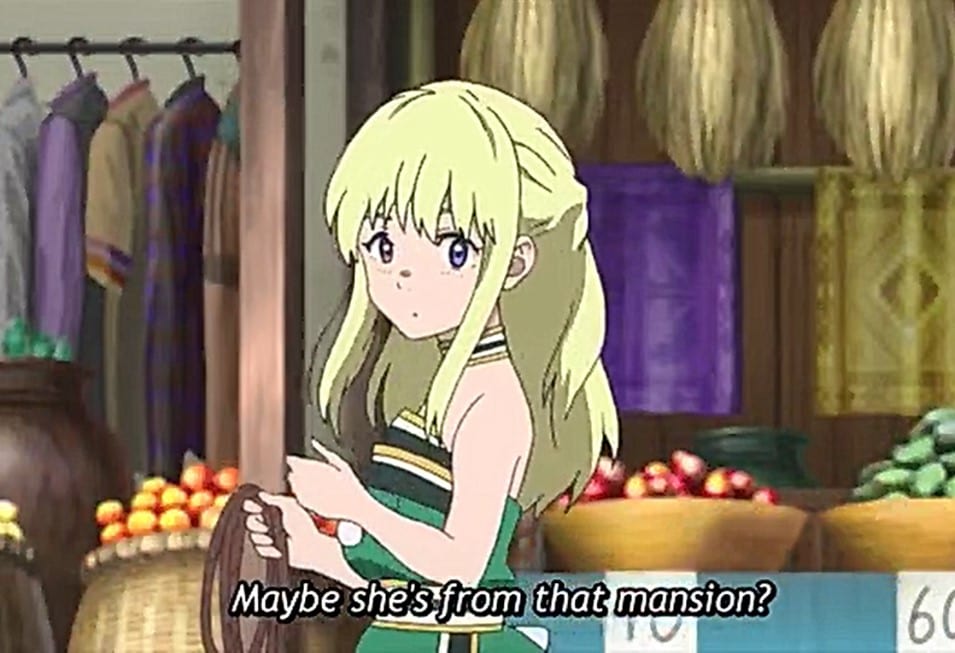 After losing all of his friends, Fushi travels with the old lady working as the Fake Shaman. During his travel, Fushi encounters the monsters in the forest and battles with them. He met with a guy who claims that he is Fushi’s maker. The maker reveals that they have a grand objective, and they have to preserve this world. The maker copied the version of March before Fushi transforms back to his normal body.

He told Fushi that they would meet again and have fun. The maker vanishes after talking with Fushi. Meanwhile, the twin boys are bathing at the river, and one of them wishes he was born in the mansion over the mountain. The other twin comments that he also feels the same way. He also said that is why they are brothers, and they are working every day. The big brother remarks that they will first save up a ton of money and then build a house like that to live in together. The younger brother feels that this dream will become a reality.

Previously on To Your Eternity Episode 7

The episode is titled The Boy Who Wants to Change. In the morning, the brothers head to work at the settlement nearby. The old geezers introduced the brothers to other workers and revealed that it is Shin and Gugu. Gugu got given a task to sell vegetables at the market. Shin is told to stay on the field helping other workers.

Gugu realizes that he has to sell all the vegies before sundown. He heads to the village, whistling his favorite song. Later he arrives at the village and begins to sell veggies. Gugu saw a girl that stole his heart and realizes that she comes here every day. He wonders if the girl comes from the mansion over the mountains. Gugu got confronted by an old geezer asking if he sells seeds. Gugu replies that he will ask his master, and he has no seeds here.

The old geezer left, and one of the sellers commented that the old geezer is involved with illegal business and stays at the top hill. Later, Gugu headed home and saw Shin talking with the boys, who told him that he better win tomorrow. The boy left, and Gugu asks who are those two, Shin replies that they are his friends. Shin opens the box of their savings and notices that some of the money is missing. 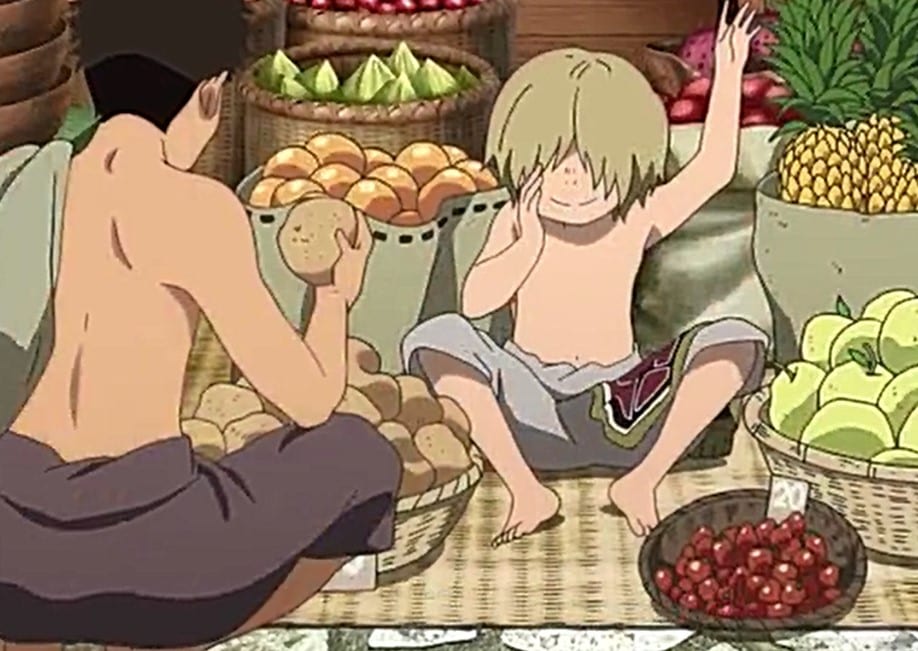 He asks Shin if he took some money today. Shin replies, why would he do that and Gugu comments that some are missing. Gugu asks if they were robed or if Shin’s friend has found out about their hiding spot. Shin replies that his friends are not criminals. Gugu apologizes for accusing Shin’s friends and comments that he has heard about an old geezer that runs an illegal business.  Shin told Gugu that what is lost is lost, and he must not let it get inside his head.

Gugu replies that Shin is correct, and they will work and earn more money. He changes his hiding spot, but only Shin saw him. The next day Gugu helps the girl who stole her heart to find her cat named Meer. The girl gave Gugu an expensive ring as a gift thanking him for saving her cat. She told Gugu to change his life and sell this ring, and he will stop selling veggies. The girl realizes that it the only way she can help Gugu since she can’t see a kid like him suffering.

Gugu heads home and finds that his brother Shin is not around, and he saw his box of money. When he opens it, he finds that the money is missing and only a note left by Shin. Gugu works alone and realizes that his brother robbed him and flee. Later, Gugu saves the girl and falls over the mountain, and finds that girl is Rean. He got save by that old geezer that is accused of doing illegal business. Later, Gugu met with Fushi, and they become friends. Rean visits his store every day.

To Your Eternity Episode 8 Release Date