Titletown High: Is It Available On Netflix? 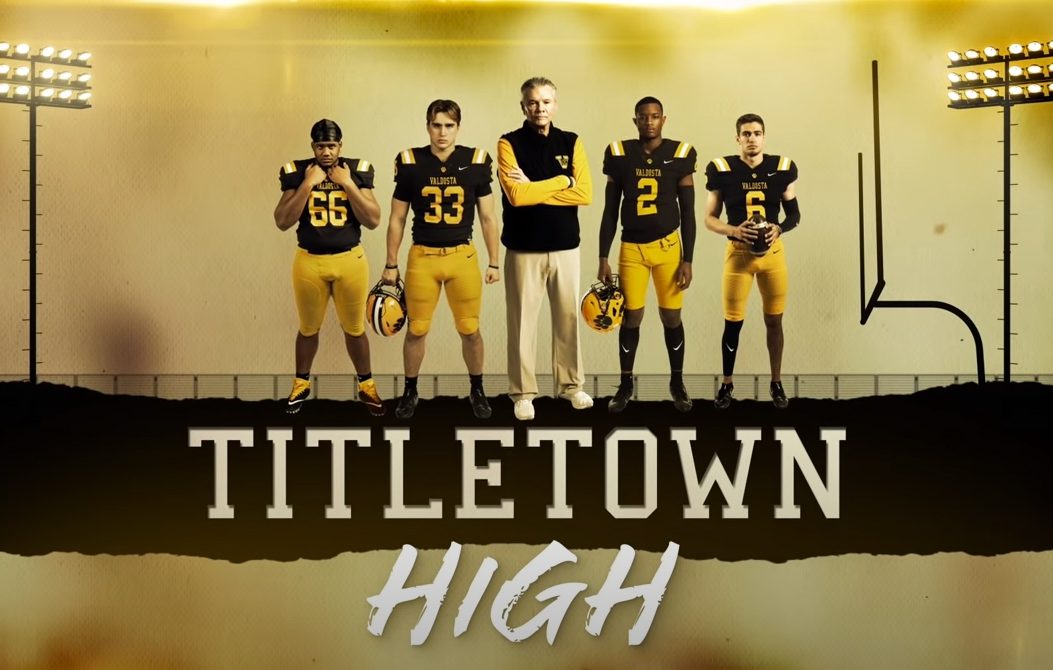 Is Titletown High available on Netflix? The recently released television reality show Titletown High has become the talk of the town. The documentary reveals chronicles of Valdosta Wildcats, a sports team in Georgia, one of the most legendary high school football teams in the United States. The show starred Samuel Brown, Jake Gracia, Lenley Gross, Kendall Haden, Amari Jones, Grayson Leavy, etc. If you are a fan of the football game, the show Titletown High is a perfect match for you. It shows how the team trains both on and off the pitch under the infamous coach Rush Propst. Each episode of the series presents a different side of the game as well as the team players.

The reality TV show Titletown High premiered in August 2021. The show seems to receive mixed reviews so far. Whereas some viewers enjoy watching different sides of the football industry, the others seem very disappointed as it seems the shows mainly focus on the romantic relationships of the players. Which is understandable. Titletown High is a package of drama, relationship conflict, competitions, and how the players carry out their duties on the field. The high school football team Valdosta Wildcats has shown the real side of the game without buttering any content. Even with mixed reviews, the show seems to gain international attention.

Titletown High: Is It Available On Netflix?

Titletown High is available on Netflix. Netflix’s original reality show Titletown High Season 1 premiered on 27 August 2021. The show contains eight episodes, and all episodes are already dropped at once on the premiere day. Each episode runs for 35min. You can easily binge-watch Titletown High with such a short duration if you have not yet.

To watch Titletown High on Netflix, all you need is to create an account and subscribe plan according to your choice. You can watch the show on the Netflix website or even can download the mobile application. Hence, watch all eight episodes of Titletown High on Netflix and see how the famous high school football team Valdosta Wildcats embark on a journey to success.

Titletown High is a competition reality TV show that revolves around one of the most legendary high school football teams in the United States, Valdosta Wildcats. Since it is a reality show, it shows us a new different side of the game industry which is mostly unknown to the outside world. As we mentioned, the show covers the Valdosta Wildcats team on and off the court as the players compete for honor under the famous coach Rush Propst.

Throughout the season, it shows how the players face massive pressure while competing since the game holds so much value to the small community of Valdosta. Titletown High focuses on the actual experience of teenage football players, including real-life drama, love problems, rivalries while striving for a championship title. If you want to see a different side of the football game, you may give it a try. The trailer of Titletown High is out. Watch the trailer and see how the show unfolds the drama and the game.

The Cast of Titletown High

Season 1 of Titletown High comprises 8 episodes. Each episode is filled with drama, romance, rivalries, training, and determination to win. The show starts with the Wildcats preparing for their first game of the season. The series is full of drama as we see Grayson and Lenley get into an argument at a pool party, Jake’s parents cause a stir against Coach Propst’s former team before a game. The show also includes love problems, such as Morgan ignores Amari after finding out his texts with another girl. Lastly, it contains lots of sports drama, like Wildcats competing in the first round of playoffs, one game away from playing for a state-level title, an unexpected halt on Grayson’s season, etc. All in all, watch Titletown High and see how a high school football team tackles rivalries, romance, and game pressure while vying for a state title.

Prime Video September 2021: What Is The Release Schedule?