Tinted With You Episode 4 is going to hit the screen soon enough. The BL drama series has become the most in-demand. 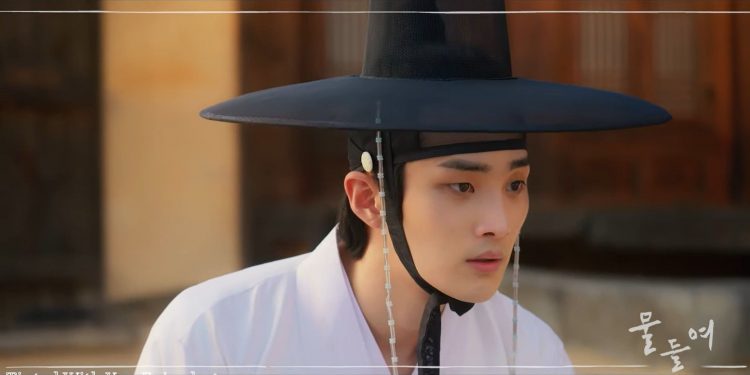 ‘Tinted With You Episode 4’

‘Tinted With You Episode 4’ is going to hit the screen soon enough. The BL drama series has become the most in-demand in a very short period of time. The viewership scale for the same has broadened by a lot, and there are many speculations going around the internet about the same. Portraying the genres of romance and fantasy, the BL South Korean drama series has reached an admirable level of popularity in no time. It won’t be wrong to say that the show is doing great on all the grounds and soon will become the top on the list.

There are several fan-made edits and theories about the show floating around the internet. All social media platforms are stacked up with the same, and all of this clearly tells us everything about the success of the drama series. Moreover, the perfectness in every scene of the previous three episodes of the show has done a great job in attracting new viewers. The cast lineup of the show has done perfect justice to the plot of the series, and all their hard work has led to an overwhelmingly positive response from the viewers.

Here we have gathered all the details about the upcoming fourth episode of the show. Therefore, let’s have a quick peek inside.

‘Tinted With You Episode 4’: When is The Release Happening?

The drama series is going to release its second episode on December 31, 2021, at 8:30 PM. The cliffhangers from the previous episode have been really painful for every viewer out there. Therefore, the good thing is that the wait is going to end really soon with the release of the fourth episode of the show.

The 12 minutes episodes of the show have managed to captivate all the viewers of the show. In such a short duration, the series has managed to deliver very engaging content to all its audience. This part of the show has played a big role in its success and popularity.

Furthermore, the drama series is relatively a short one with only eight episodes. Though this fact has not affected its viewership in any way as all the viewers out there are hypnotized by the chef’s kiss content it is delivering. If the drama series follows the same release schedule, then the final episode will premiere on January 14, 2022. Though if there are any changes made, we will keep you updated about the same.

‘Tinted With You Episode 4’: Where to Watch?

The BL drama is not available on many streaming platforms out there. Despite its growing popularity, the options have been really limited to only a few of them. If you are comfortable buying a subscription plan, then Viki is the spot for you. It is easily accessible to both domestic and international audiences. Once you are done with the process, then you can proceed with all the released and upcoming episodes of the series.

‘Tinted With You Episode 4’: Spoilers & Recap

The previous episodes of the show have been a rollercoaster ride for the audience. The characters have interacted with each other and have formed particular relation together. The growing closeness between Lee Heon and EunHo is very obvious, and we can clearly see our crown prince getting whipped for the boy from the 21st century. However, the development of this new friendship between Lee Heon and EunHo is not much liked by the prince’s bodyguard Geum. He is always suspicious about EunHo and is also quite jealous of him.

But the perfect and certain reason has not been discovered yet. Maybe the suspicion is because of the several life-threatening attacks on Lee Heon or because Geum is not able to tolerate the EunHo with the prince. We are sure that the details will be revealed in the upcoming episodes.

With a series of events happening in the previous episode, we are expecting something nerve-wracking to take place in this upcoming one too. Moreover, the fans out there are whipped for the sweet and giddy developing romance between Lee Heon and EunHo. Their chemistry together has melted hearts, and we are sure that they have already become the favorite couple for everyone. Furthermore, EunHo has come in as a ray of light for Lee Heon. He has become his anchor, and we are sure that he will guide him through the thick darkness of his life.