‘Through The Darkness’ Episode 1: Watch Kim Nam Gil Talk About His Role & Aim At The Set 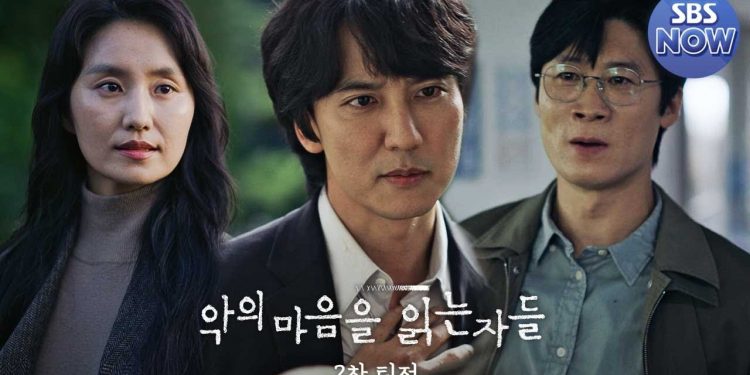 'Through The Darkness' Episode 1

With Episode 1 of the upcoming SBS k-drama ‘Through The Darkness’, another Korean thriller is on its way. Taking the viewers back to the 1990s, when serial killers used to be one of the biggest threats in society. And not even the police officers were able to do anything about them. The k-drama is based on one of the important moments in Korean history. ‘Through The Darkness’ tells the story of Korea’s first criminal profiler Kwon Il Yong, and journalist-turned-author Ko Na Mu. The k-drama is based on the 2018 non-fiction book written by Ko Na Mu, where he talked about Kwon’s field experiences.

‘Long Live The King: Mokpo Hero’ Jin Seon Kyu will be playing the role of Kook Young Soo. The head of the Criminal Behavior Analysis team is sick of what’s going on in society. Inspired by the way the American FBI is using criminal profilers to build “profiles” of killers, he wants to do something about it and turns to Song Ha Young. ‘Live Up To Your Name’ fame Kim Nam Gil will be taking over the role of Song Ha Young. He is a quiet, reserved, but an incredibly perceptive team member. Thinking that with this new method, the police might stand a chance of identifying the killer. But as the homicide expert, Yoon Tae Goo is now in totally uncharted territory. Things aren’t that easy. Kim So Jin will be playing Yoon Tae Goo.

‘Kim Nam Gil’ On His Role In ‘Through The Darkness’

In an interview with OSEN!, Kim Nam Gil talked about his role in the upcoming k-drama. Talking about the challenges he faced with his character, Nam Gil revealed that likes the idea of being able to play the role of the character as Korea’s first profiler. ‘Through The Darkness’ being non-fiction, he likes that the drama sends the message that everyone has to be responsible for their own lives. As the world is meant for people to work together and socialize. Sharing the deep analysis of his character, he revealed that Song Ha Young emphasizes justice and is very responsible. Even though he looks like a cold person, he is an empath.

Also Read: So Ri And Ha Ru Break off Their Marriage In ‘Love Twist’ Episode 25

He’s sensitive and has great attention to detail. And is determined to finish what he starts. As the show is based in the 1990s, a lot of golden filters have been used to portray the previous decades. Ever since the k-drama has been announced, the fans have been really excited to see Kim Nam Gil back on screen. The k-drama was previously known as ‘Those Who Read Minds of Evil’, but SBS decided to change the name. Some fans are already calling ‘Through The Darkness’ the Korean version of the TV series ‘Mindhunter’, hoping the show will reach their expectations.

‘Through The Darkness’ Episode 1 will release on January 14 at 10 p.m. KST. The production team has released a teaser, giving a look at what’s about to happen. At the beginning of the trailer, we see a woman walking in the pouring rain as a strange man watches her from a distance. And there comes the news of another woman being murdered ruthlessly by a stalker. Sick of the fact that there is no Criminal Behavior Analysis team yet, Guk Young Soo wants to start one as soon as possible. We see Young Soo introducing Song Ha Young to everyone as he joins the team. Asking him if he has ever heard about the ‘profilers’, he gave him a book titled “Mind Hunter”. Telling himself that he has found the right person for the job.

‘Through The Darkness’ Episode 1 will be available to watch on the streaming platforms Rakuten Viki and Kocowa. The k-drama will have 12 episodes in total premiering from January 14, 2022, to February 19, 2022. Each episode will have a runtime of around 1 hr. 10 min. And will premiere every Friday and Saturday.