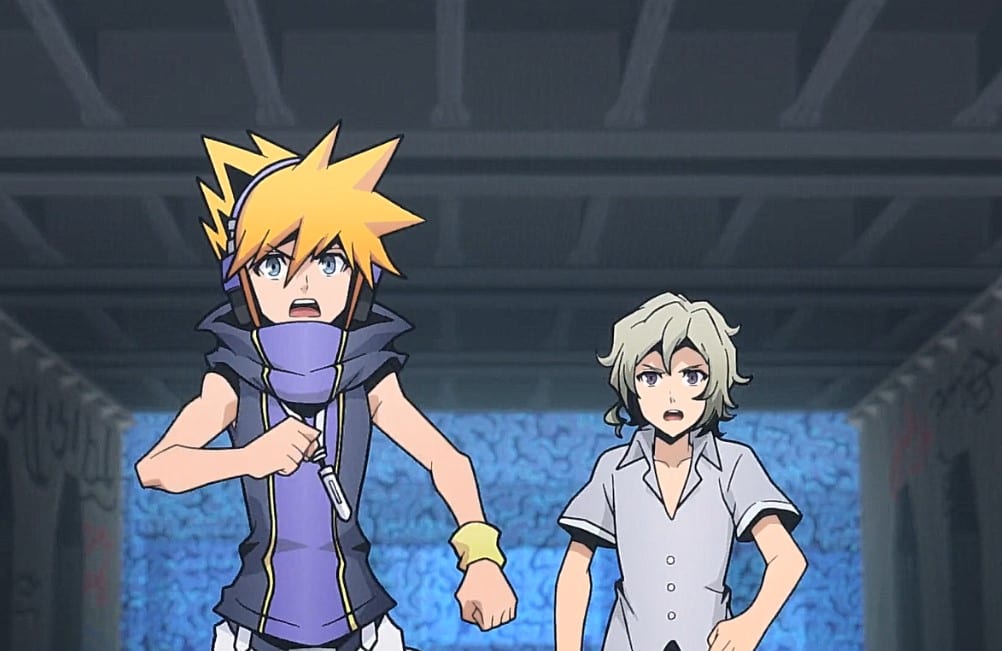 Neku had a vision and realizes that Joshua will end up murdering him in the future. Joshua notices that Neku is acting weird and asks if he is okay. Neku grabs Joshua by collar since he got convinced that Joshua is planning to kill him. Neku asks Joshua why he pretends to know nothing and why he is looking at him like that. Joshua smiles and reminds Neku that to win the game, he needs a partner. If he messes up, he won’t be able to save Shiki. Neku realizes that guy he suspects might kill him is the guy who will help him save Shiki.

Joshua told Neku to remove his hands if he still wants to save that girl called Shiki. Neku pushes Joshua away without telling him why he was grabbing his collars. Joshua reveals that until the Reapers Game is over, he will protect Neku. Neku can’t believe that the guy who might kill him is talking about protecting him. Joshua insists that he wants to help Neku. Neku is not convinced that Joshua is here to help him. Neku asks Joshua about his plans. Joshua reveals that he wants to guide Shibuya properly.

Previously on The World-Ends with You The Animation Episode 6

Neku reveals that he is tired of hearing that, and he wants more details. Joshua asks Neku if he remembers who is controlling Shibuya. Neku replies that it is The Composer and Joshua if he is trying to meet the Composer. Joshua smiles while picking up his cellphone. He finds that his cellphone got broken the time Neku grabs him by his collars. Joshua reveals that there is a high-energy signature down this alley. Neku wonders if they can find the Composer there. Joshua comments that they will see about that when they reach there.

He asks Neku if he will not help him to accomplish his goal. Meanwhile, the Game Master is in the town. He is drawing something on the ground, singing his favorite song. Neku and Joshua arrive nearby and notice that the Game Master is doing something. Neku asks if the Game Master is Minamimoto from Celestial sprites elucidate. Joshua agrees and told Neku to be quiet of Minamoto might spot them. Minamoto finished drawing his spell and comments that everything is ready. He unleashed his wings and flies away. 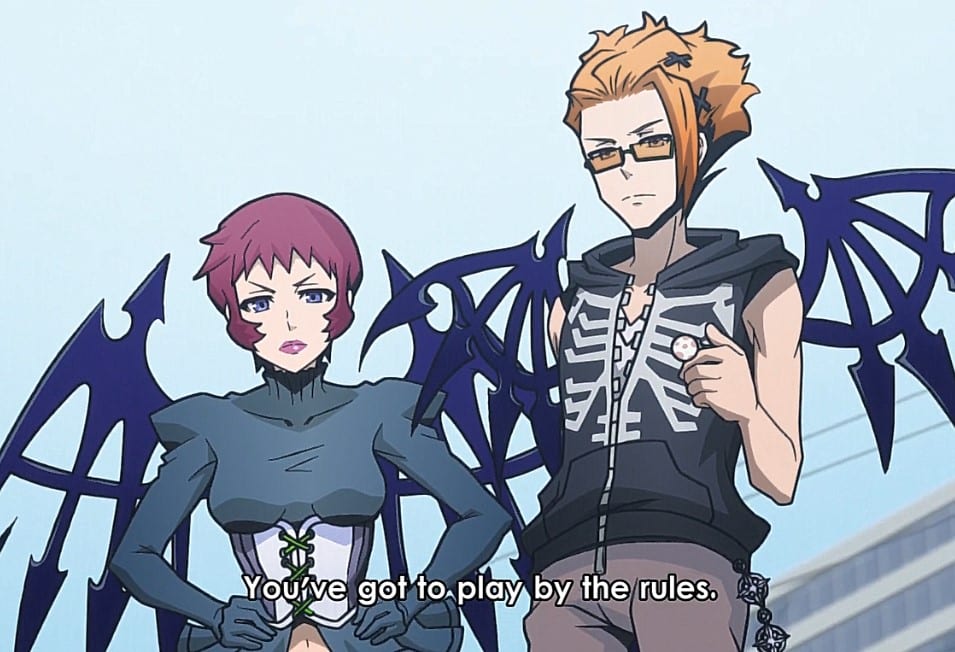 Neku wonders what is going on, and Joshua reveals that his cellphone was reacting to the spell tha Minamoto created. Meanwhile, the Reapers and are watching everything standing on the rooftop. Koki comments that the magic is a Taboo Noise Refinerybut it looks unfinished. Koki thinks that something is smelling fishy. The next day, Neku notice that they are left with 26 days to save Shiki. Neku met with him at the place where he appeared when he arrived in this game world. He heads somewhere talking with someone on his cellphone. Joshua said two more days, and there is no mission today. He told the guy that they should not meet.

Meanwhile, Neku is thinking about completing more missions to save Shiki. He is still worried that Joshua will kill him, but that will happen when they have saved Shiki. Neku decides not to trust Joshua, and he must keep an eye on Joshua. He realizes that Joshua’s actions are suspicious. He decides that he has to win this game at any cost. Neku vows to save Shiki even if it cost his life. Joshua finished with his call and talk with Neku. He told Neku that he is going to see Mr. Hanekoma and he can come with him.

He reveals that there no missions today, and they have to meet with Mr. Hanekoma. Neku agrees, and they head to Miyashita Park Underpass. But the wall is blocking their path. Joshua comments that they should open the wall, but the Noise monsters appear. Joshua saves Neku from a huge blast and comments that the wall might open if they beat the Noise. After they defeat the Noise, Beat arrives and claims that he is the Reaper and is here to beat Neku. The Reaper’s Gang arrives and reminds Beat about the rules of the Reapers. They don’t fight during the week, and they fight on the seven days of the week.

The World Ends with You Animation Episode 7 Release Date

Also, read The World Ends With You The Animation Episode 6: Release Date & Spoilers.