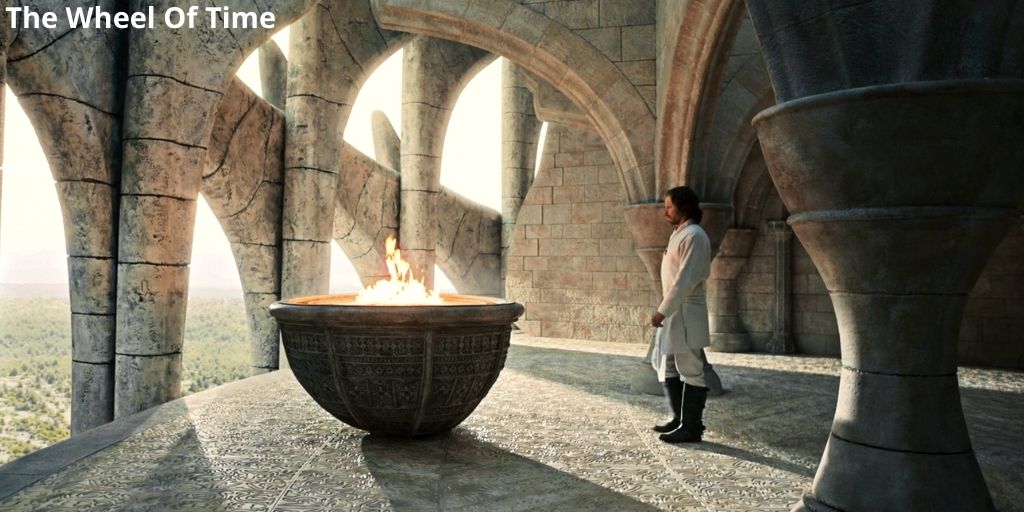 Things are about to get intriguing for everyone when The Wheel Of Time Episode 6 arrives next. The previous episode showed us how all the different groups finally made it to Tar Valon after a month-long journey. While Moiraine, Nynaeve, and the other Aes Sedai went to the White Tower, Rand and Mat entered Tar Valon and got a place to stay. However, things took a dangerous turn for Perrin and Egwene just before they were about to reach Tar Valon.

They came across the Whitecloaks and Eamon Valda captured them suspecting that Egwene has the power to channel. On the other hand, things got tough for Kerene’s Warder Stepin who was filled up with the grief of Kerene’s death. Meanwhile, Perrin seemed to discover his powers while he was tortured by Valda.

The American television series is another addition to the epic fantasy genre. In addition to that, it has taken the viewers by storm with its fascinating storytelling and characters. The show is an adaptation of the novel series of the same name. Moreover, it has been developed under the banner of Amazon Studios and Sony Pictures Television. The show kicked off on 19th November 2021 with the first three episodes released altogether. It has already aired five episodes and now the viewers are eager to watch The Wheel Of Time Episode 6. However, let us first take a quick look at what went down in the previous episode. 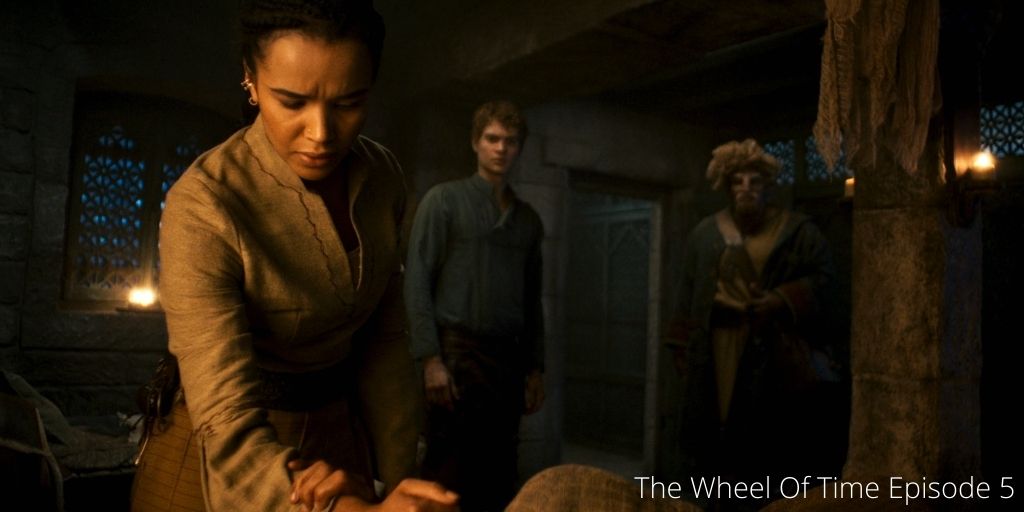 The Wheel Of Time Episode 5 Recap

Episode 5 of The Wheel Of Time came out on 3rd December 2021. Moreover, the episode was titled “Blood Calls Blood”. The episode opened up with Moiraine, and the other sisters burying their fallen soldiers and sisters in the battle against Logain’s army. Then, after traveling for a month, they finally reached Tar Valon and entered the White Tower. Meanwhile, Rand and Mat had also made it to Tar Valon and got a room for their stay as they waited with the hope for others to arrive. On the other hand, Perrin and Egwene were almost close to Tar Valon as well but they were spotted by Eamon Valda of the Whitecloaks.

So they tried to escape with the help of Aram but were eventually captured. At the Whitecloaks camp, Valda asked Egwene if she was an Aes Sedai and she convinced him that she was not. Although, he wanted her to use the One Power so he can kill her afterward. But if she did not show him her power, he would bleed Perrin to death. Meanwhile, in Tar Valon, Rand met an Ogier named Loial who had connections in the White Tower. Eventually, he helped Rand and Mat reunite with Nynaeve and she saw the depreciating condition of Mat.

Whereas, Alanna had a talk with Moiraine and warned her about the politics taking place in the White Tower. On the other hand, while Egwene fails to use her power properly, Perrin somehow unlocks his power which seems to have a connection with the wolves. The wolves attack the Whitecloacks and help Perrin and Egwene escape. The next day at the tower, Lan finds a dead Stepin near the Warder statues as Stepin commits suicide due to the grief of Kerene’s death. In the end, everyone mourns Stepin at his funeral. Whereas, Lan is given the responsibility of the primary mourner and he shouts in pain as he feels the grief within him.

Also Read: House Of The Dragon: Prequel of Game of Thrones

Things are taking an interesting turn as we are already halfway through the season. “The Wheel Of Time Episode 6 will release on 10th December 2021 at 7 pm ET on Amazon Prime Video.” Furthermore, the episode will be titled “The Flame of Tar Valon”. It will another episode full of exciting moments. We will get to see whether Perrin and Egwene finally make it to Tar Valon or not. Meanwhile, Nynaeve will try to figure out a way to heal Mat. So stay tuned and don’t forget to watch the upcoming episode.

The American television show has been turning a lot of heads since the day of its premiere. That is why the viewers are searching about where to watch The Wheel Of Time Season 1? The answer to that is a rather simple one. “The Wheel Of Time Season 1 airs every Friday at 7 pm ET on Amazon Prime Video in the United States.” Moreover, the show airs every Friday at 12 am GMT on Amazon Prime Video in the U.K. as well. Other than Prime Video, the show is not available anywhere else to watch as it is an Amazon Original.