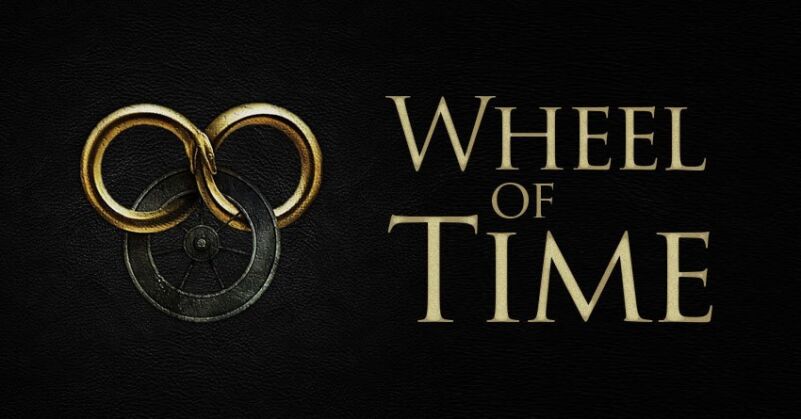 When is Wheel Of Time Releasing?

Amazon has debuted the premiere date, poster, and teaser for its upcoming fantasy tv series, The Wheel Of Time. The highly anticipated Rosamund Pike starter, epic fantasy, updated the fans on its release, expected from the show, and more. Fans are all set to experience another world at Amazon. But, when? Thankfully all the details are here. And you can find all the other updates on The Wheel Of Time further in the article. Just like Amazon’s Lord of the Rings adaptation, The Wheel Of Time is getting its own hype. The upcoming Rafe Judkins “Wheel Of the Time” is adapted from Robert Jordan’s novel series of the same name. The book is tremendously popular. And the digital Tv version is expected to have the same popularity.

The Wheel Of Time is an upcoming American fantasy television series that will debut on Amazon Prime. Sony Pictures Television and Amazon Studios will produce it, while Rafe Judkins will serve as the showrunner. The series hasn’t been released yet. However, Amazon Studios have already renewed it for a second season.

The decision has enticed the audience. And, they cannot wait to experience another masterpiece by Judkins. The screenwriter-showrunner is also known for My Own Worst Enemy, Chuck, and Marvel’s Agents of SHIELD.

The Wheel Of Time is releasing somewhere in November 2021. Although there is no specific date, it is confirmed that the show will premiere in November this year. The brand new poster by Amazon also reveals the same. The first look of the show was displayed at the San Diego Comic-Con. Amazon’s home panel consists of showrunner, Rafe Judkins who gave some general insight into the upcoming tv series. He also shared a few reasons why the audience will also enjoy the show just like him. Judkins was passionate, and he enthusiastically talked about his new project during the SDCC.

During the comic con, Judkins introduced the first poster of The Wheel Of Time. Although the poster did not explain much about the plot, it was intriguing enough to get our minds stuck on it. Rosamund Pike features on the poster as it reads, “November 2021.”

Judkins shared that she thinks fans of the book will recognize this as a very iconic moment in The Eye of the World. Also, what he likes about the show is that people who don’t know anything about the books will be in the moment as they will witness our lead, Rosamund Pike (Moiraine). He explained how Pike is looking back over her shoulder and saying, ‘We don’t know what’s through here, but come along for the ride.’

He explained it as a reason behind why people like books so much. “It’s not necessarily that you need to know every specific of what’s in them, but you know that 90 million people have read and loved this thing,” Judkins explained. Indeed, the popularity of the book will lead more people to the series.

Watch the poster down below: 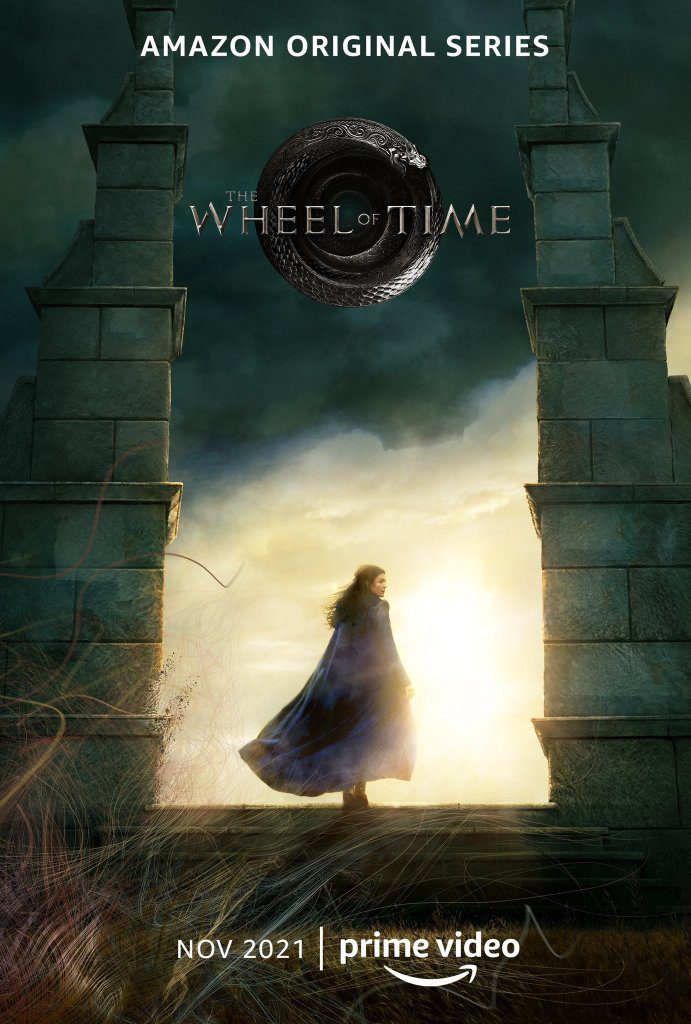 Wheel Of Time follows the story of Morraine (Rosamund Pike). She is a member of Aes Sedai, a powerful all-female corporation of magic users. Morraine, one day, decides to take five people along with her on a journey around the world. She believes one of them might be the reincarnation of a Dragon (a powerful entity prophesied to save the world or destroy it). 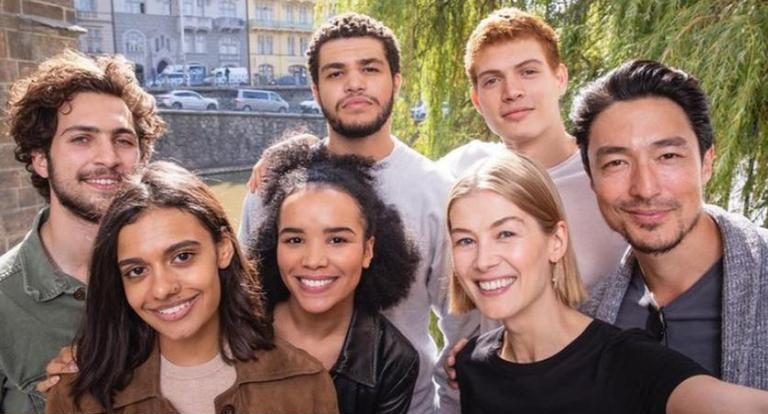 The cast of ‘Wheel Of Time’