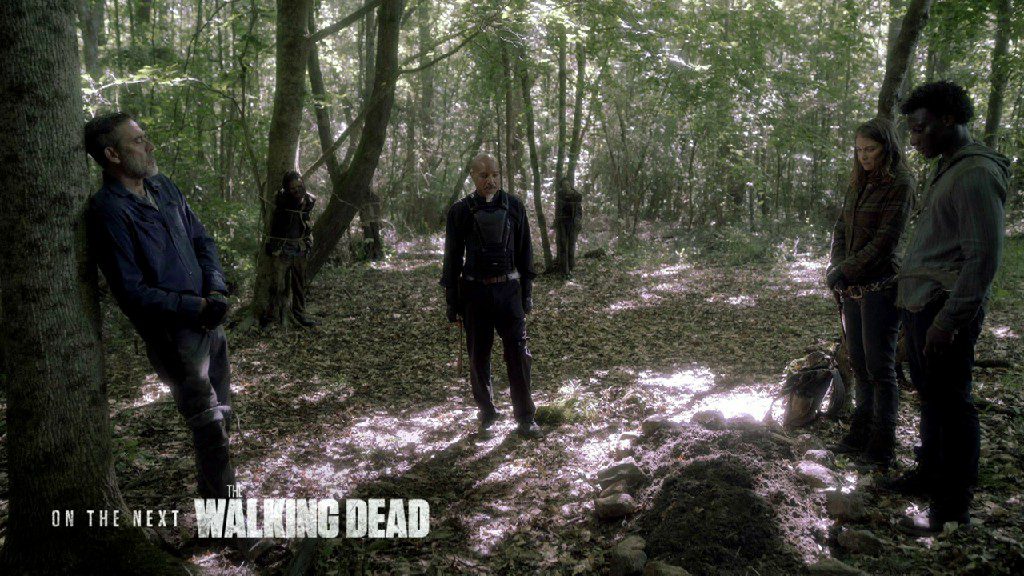 The Walking Dead Season 11 Episode 7 May see the Alexandrians opting the ways Whisperers had preferred in the previous season. Thus hiding inside the skins of walkers if they want to leave the Reaper’s territory alive. For the past few episodes, the Alexandrians have found themselves splits ever since the day Maggie brought them to where she kept supplies. But, at that time, the Reapers had already invaded the place and didn’t hold back to attack the Alexandrians. Now they have reunited but still under Reapers territory and one of their own, as in Daryl is on Reaper’s side in order to protect his people.

Apart from the Reaper situation, after a long time in a while, the group at Alexandria led by Carol and Aaron found out Connie is alive. Kelly went on to go all alone to look for her sister. Later Rosita, Carol, and Magna joined her too. At the same time, Connie was out there struggling to live alongside Virgil. They found themselves inside a house to take shelter. Only to later realize that someone lives there who is hungry for their flesh. Here is a complete breakdown of what has happened recently on the show and what we can expect from The Walking Dead Season 11 Episode 7

Previously on The Walking Dead, we opened up with Connie and Virgil running away from the walkers around. Until Virgil spots a house that may help them to take shelter. Carol, Aaron, and Rosita were coming square to a plan to look for Connie. Until Magna came asking for Kelly who is already on her way to find her sister. Back to Connie and Virgil, she is following some map. Virgil makes sure nobody is home and asks Connie to sleep as she hasn’t for days. Connie denies stating it’s unsafe. At the same time, she is also struggling from visions from the time she was trapped inside Alpha’s cave. 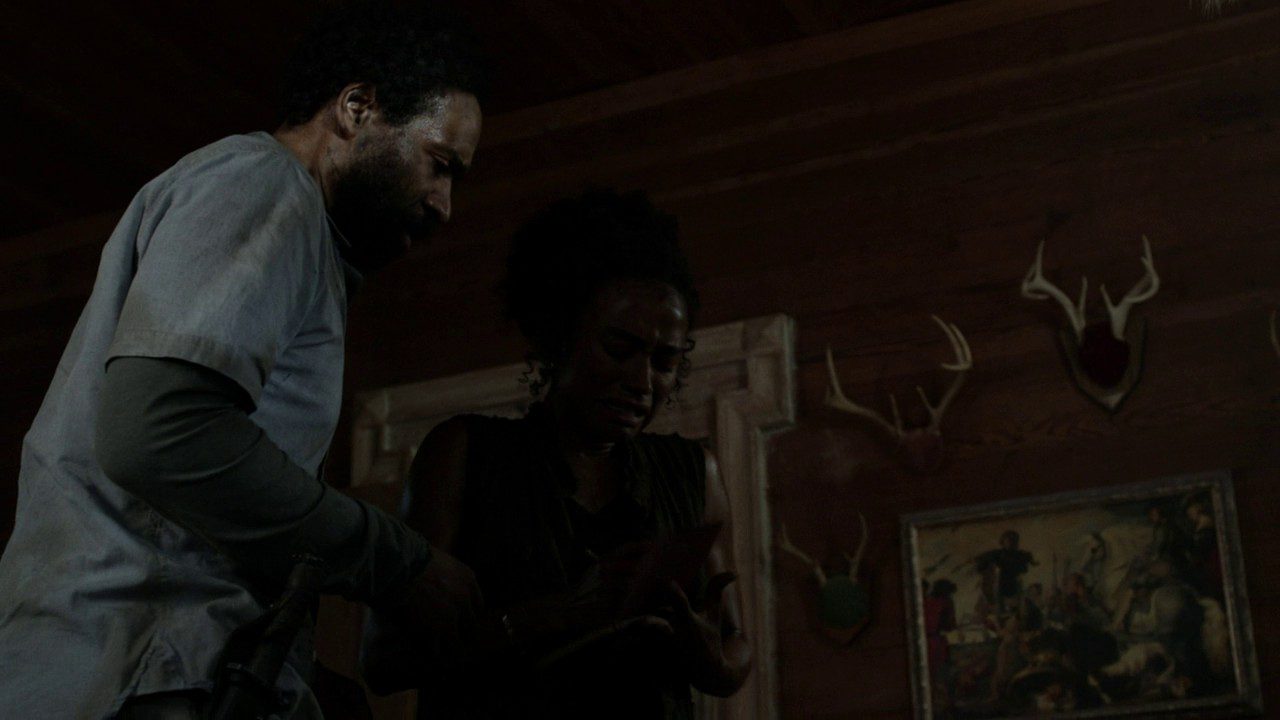 The Reapers continue to torture Frost for the location of Maggie. When Daryl claims he can do worse, Pope allows. Daryl manages to get a location before Brandon turns to use his gun. Connie explores the house they are staying in to see portraits with their eyes scratched off. It’s a matter of time in the bathroom when she sees someone’s eyes through the hole. She lets Virgil know and he checks on but at the moment believes that she is just having visions because she hasn’t slept.

Daryl, Leah, Brandon, and Reapers reach the location Frost told. The Yellow House is where the people of Alexandria are hiding. As Reapers explore the place, Daryl gives all the signs Maggie can understand to keep her and the group safe.  He realizes Maggie and the group are hiding in the basement and tries to convince the Reapers to leave. Brandon finds it weird and arguments break out. Until Brandon urges to see the basement. By that time though, the Alexandrians have already marked their escape. 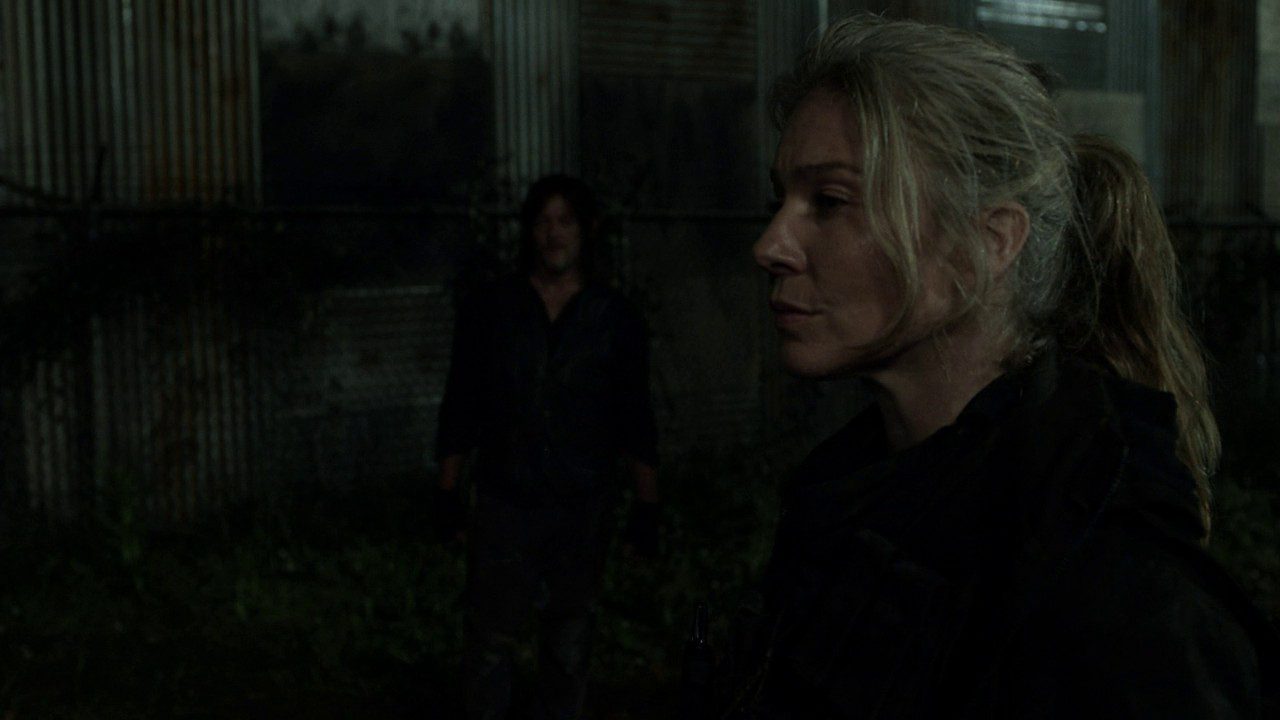 Kelly comes closer to her sister when she finds her book. Carol, Rosita, and Magna come looking for Kelly and reunite with her. She assures her sister is alive. Virgil and Connie don’t agree on someone being at the house until a wall comes between them and Connie is chased by a wild human being. It took a lot of fighting and chasing for them to come together against these wild human beings. Virgil asks Connie to promise she will leave him behind if anything goes wrong. But she is adamant that if they run, they run together.

The episode comes to a close with Connie and Virgil escaping the house with a little damage. But once they leave Connie finds Kelly and her group. The two sisters reunite after a very long time. Meanwhile, Pope says the day didn’t go to waste. Before killing Frost they got some credible information as they staredown Daryl. For Daryl, he looks at Leah to close the episode.

The Walking Dead Season 11 Episode 7 is titled, “Promises Broken”. The official synopsis of the episode suggests Negan is about to teach the Alexandrians a new skill. Something he borrowed from the book of Whisperers in order to survive the wave of Reapers. Meanwhile, Eugene, Ezekiel, and Princess clear out walkers to pay for the crime they committed. Yumiko opts to go for an upper-class job at the Commonwealth. Furthermore, Lance Hornsby is willing to offer help to Yumiko and her people as seen in the promo.

Lastly, whatever Reapers are planning, Daryl may come close to finding more about them. Leah could turn out to be the source. Gabriel might see a mirror after all these years as he meets a man of God.