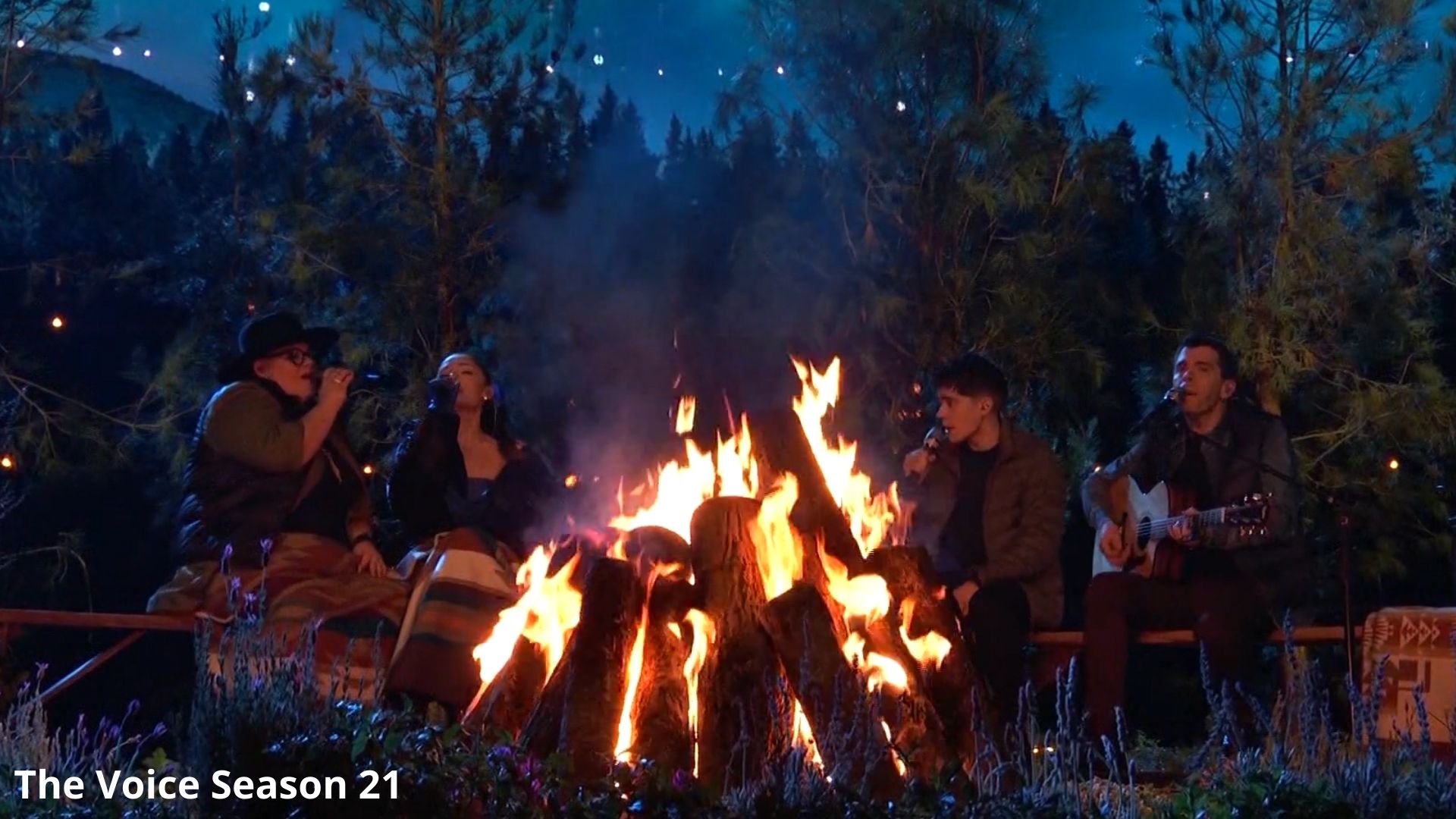 Another episode of the latest season of The Voice brought one of the contestants’ journey to an end. Meanwhile, we saw another contestant take an unfortunate fall on stage after the live performance. But now that we are heading to the next week, the viewers are excited to watch The Voice Season 21 Episode 21. The previous episode gave us a look at two of our judges performing with their respective teams. Moreover, their performances with their respective were the first ever on this season. Therefore, it got the viewers, and the fans quite hyped up and excited.

Moving on, it was the results night also. Therefore, the contestants and their fans were once again dealing with high-paced heartbeats. On the other hand, it was a tough time for the judges as well to see if any singers from their respective teams had to go home. Meanwhile, at the end of the night, we finally got our Top 10 performers as they move forward to the next week. The American singing competition show is one of the most popular reality shows out there. Its fanbase is not only limited to the viewers in the United States but expands all around the world.

However, the show is not original and had taken inspiration from the original show “The Voice of Holland”. Even then, the American reality show has managed to become the most famous and successful among all the shows in the “The Voice” franchise. Coming on to the judges, Blake Shelton, John Legend, Ariana Grande, and Kelly Clarkson are the current coaches and judges of the season. Whereas, Carson Daily serves as the host of the show. The twenty-first season has been going great so far, and the fans are now awaiting the release of The Voice Season 21 Episode 21. But first, let’s find out whose journey came to an end in The Voice Season 21 Episode 20.

Episode 20 of The Voice Season 21 came out on 23rd November 2021. Meanwhile, the episode was titled “Live Top 11 Results”. As the night began, we saw all of our Top 11 singers join our host on the stage. Whereas Carson announced the first two singers moving to the next round. Joshua Vacanti from Team Legend and Hayley Mia from Team Kelly were the first two to get safe on the results night. Then we got a beautiful performance from the newest coach of the show, Ariana Grande, along with her team. They performed on the song “FourFiveSeconds”.

After that, we got another two artists, Paris Winningham from Team Blake and Holly Forbes from Team Ariana, making it to the next round. Meanwhile, the next announcement from Carson was the names of three other artists getting safe. They were Wendy Moten and Lana Scott from Blake’s team and Girl Named Tom from Kelly’s team. On the other hand, it was now time for another performance. Blake Shelton came out to perform with his team for the first time this season, and they chose the song “I Can’t Help Myself (Sugar Pie Honey Bunch)”.

Although the performance was great, Wendy Moten suffered an unfortunate fall on the stage while she was leaving the stage. Meanwhile, we moved on to the next two artists, making it to the next round. They were Jeremy Rosado from Team Kelly and Jershika Maple from Team Legend. Whereas, the bottom two artists, Gymani and Jim and Sasha, performed for the instant save through voting. Eventually, Jim and Sasha Allen from Team Ariana made it to the Top 10 performance night meanwhile, Gymani from Team Kelly had to go home.

“The Voice Season 21 Episode 21 will release on 29th November 2021 at 8 pm ET on NBC.” Furthermore, the episode will be titled “Live Top 10 Performances”. The previous episode gave the viewers their Top 10 artists for the next round. Therefore, now they are looking forward to the release of the next episode. The next round will be a crucial one for every contestant. They will have to give their best as it will take them to the semi-finals. So stay tuned for the upcoming episode coming out next week on Monday.

The American singing competition show has been the topic of discussion among a lot of viewers around the world. That is why they are searching about where to watch The Voice Season 21? The answer to that question is a rather simple one. “The Voice Season 21 airs every Monday & Tuesday at 8 pm ET on the NBC television network in the United States.” Meanwhile, the viewers can also watch the show on Youtube TV with a premium subscription. In addition to that, the viewers can stream the episodes on Hulu as well.