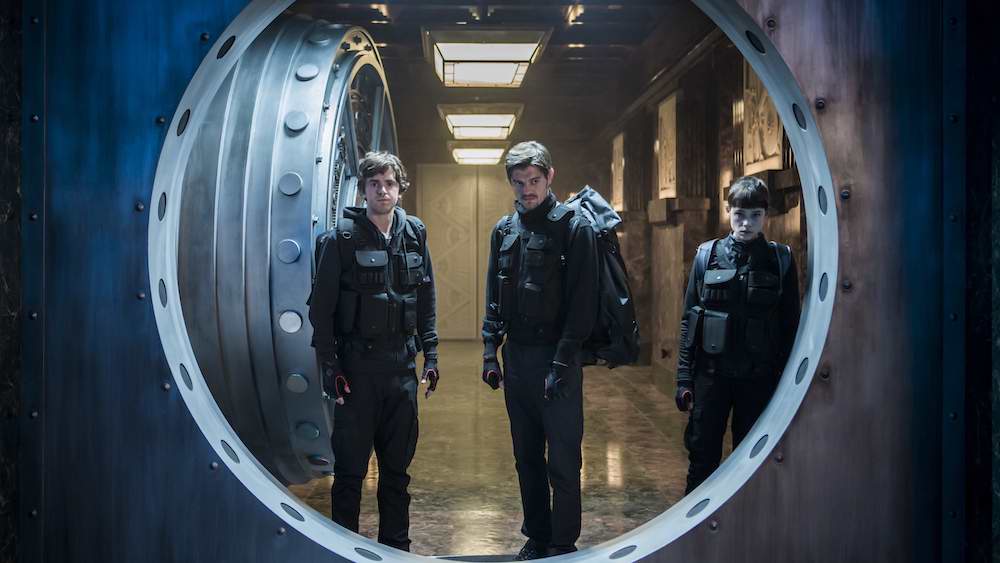 The Vault is a Spanish heist thriller film that hit theatres in 2020. In various regions, it’s also known as Way Down. Jaume Balagueró is the director of the thriller, and the language used in the film is English. Rowan Athale, Michel Gaztambide, Borja Glez. Santaolalla, Andres Koppel, and Rafa Martinez have penned the screenplay. While Álvaro Augustin, Ghislain Barrois, Freddie Highmore, Eneko Lizarraga, and Fransisco Sánchez serve as the producers for the film. Arnau Bataller has composed the music for the film. While Daniel Aranyó handled the cinematography, David Gilbert served as the editor. The Vault is a co-production between Ciudano Ciskul, El Tesoro de Drake AIE, Telecinco Cinema, and Think Studio. Distributor Sony Pictures released the film in Spain, while TF1 distributed the film worldwide.

The cast includes Freddie Highmore, who plays the lead character of Thom Laybrick, a genius engineer. Ástrid Bergès-Frisbey plays another lead as Lorraine, she recruits Thom to the heist team. Sam Riley plays the character of James, while Liam Cunningham plays Walter Moreland. Luis Tosar plays another one of the heist-team members, Simon. Axel Stein plays Klaus, while José Coronado stars as Gustavo. Finally, Famke Janssen stars as Margaret, while Emilio Gutiérrez Caba plays the character of Chairman. The film saw a theatrical release in Brazil and Taiwan on January 15, 2021, and has been made both in Spanish and English. 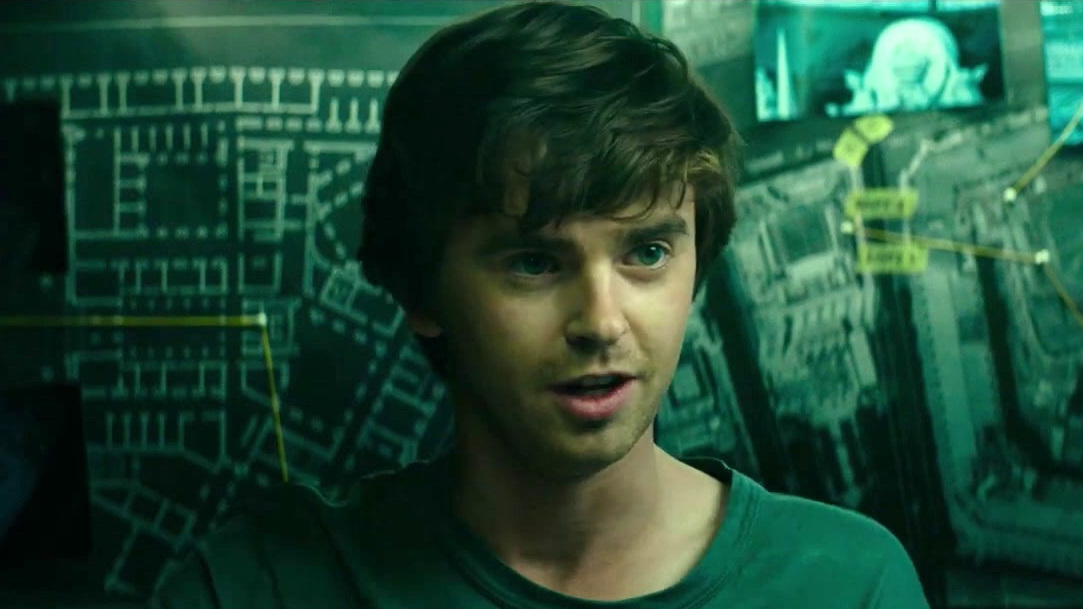 What’s the Premise of the Film?

The Vault revolves around a heist that involves stealing a treasure from a vault inside the Bank of Spain. And the vault is no ordinary one. It is supposed to be the safest vault in the entire world. Now let’s delve into the making of the heist team. It starts when a marine archaeologist discovers and extracts a treasure from a drowned ship. However, he doesn’t get to keep it. The Spanish government seizes the treasure and locks it up inside a vault that’s kept inside the Bank of Spain. The marine archaeologist, Walter, plans to take his treasure back. He forms a team to pull off a dangerous heist and steal the treasure back from the infamous vault. The team, led by Walter, includes his pseudo-daughter Lorraine and his business partner James. It also includes a hacker named Klaus and a resourceful man named Simon.

But breaking into the vault is seemingly impossible. One cannot simply hack, drill, or tinker around with the vault. It doesn’t have the title of “world’s safest vault” for nothing. What’s more, is that the bank is more than 100 years old and doesn’t have any blueprints. The security system is also pretty tight. Adding to the list of impossibilities is the limited amount of time the team has to pull off the heist. There’s also a river underneath the bank that will flood the vault in case of a breach. How does the team contend with such impossibilities, then? Well, enter Thomas, a 22-year-old genius engineering graduate. Lorraine goes and coaxes him to join in the heist. And he does, eventually. Thomas, along with the crew, concocts a plan to pull off the heist.

A still from The Vault (2021). Credits: Paramount Pictures.

The crew comes up with a plan to use the 2010 FIFA World Cup as a distraction. It will be broadcasted all over the country. And there’s a huge screen just outside the bank, and it’s also going to broadcast the game. The employees are all going to be busy watching the game, presenting the crew with an opportunity. The crew will have to do all maneuvers possible as they try and pull off the insane heist. With the premise out of the way, let’s now dive into what happens at the end of the film.

ThomVaultas figures out how the vault works. He finds out that it uses a scale system, which is how it floods inside of it. However, being the genius he is, he figures out a way to tackle the problem and solve the scale problem. He discovers that the weighing mechanism uses copper. And if he has enough nitrogen, he can freeze the scale, just long enough to get the coins and get out without detection. However, there are a couple of complications with the plan. One of the complications is Gustavo, who catches on to what Walter’s team is up to. He catches on to it when the custodial team reveals that it wasn’t them who were working the previous day. Another giveaway was the pigeon who came into the bank when it was on lockdown. The pigeon revealed that Walter’s teams got in through the roof.

Adding to the troubles is James, who betrays Walter in a double-cross twist. He leaves Thomas and Lorraine for dead. With the situation seeming dire, Thomas thinks quickly and instructs Simon to add weight to the scale. Lorraine and Thomas exit through the tunnels where the water comes flowing in from. But instead of going getting out, they head to the chairman’s office. They then escape through the FIFA crowd. Meanwhile, we learn that Lorraine had also switched the coins with James’ coins with a sleight of hand. Margaret was supposed to get the coins stolen from the vault. And James was to steal the coins away for her. Instead, he ends up with coins pointed to the British Embassy in Madrid. Walter gets the coordinates to the Bank of London, hinting towards another heist and a possible sequel.