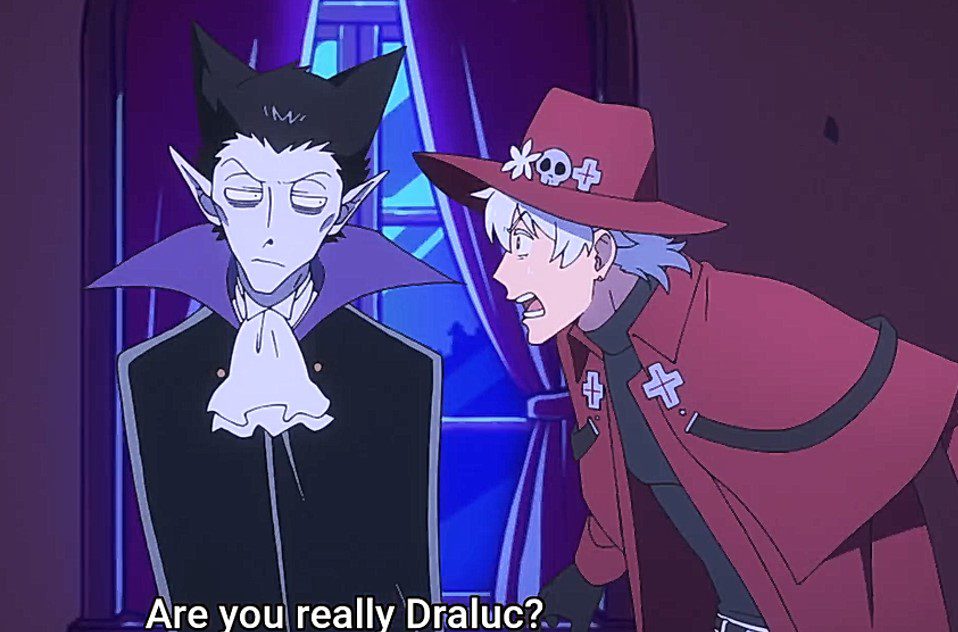 The Vampire Dies in No Time Episode 2

Ronaldo opens the door, and it hits Draluc’s head, which turns into sand. He wonders if the door has holy power and sees Draluc revving. Draluc tries to scare Ronaldo, who takes his gun out and reveals that he is Vampire Hunter Ronaldo and is her to eliminate him. Draluc dies again, and when he revives, he shows a surrender note and asks Ronaldo to spare his life. Ronaldo is surprised since this is the most feared Vampire and asks if Draluc is trying to be the real Draluc. He can’t believe that this is the famous invincible Draluc he heard about.

Draluc reveals that he would have killed the tourist if he were scaring people, but he never messed up with any human. He admits that he is Vampire Draluc, and he is not what humans think he is, and he is just a weakling amongst the vampire race. Ronaldo asks about the part where Draluc was an invincible progenitor. Draluc talked about the Invincible Prognator, Castle Draluc Tour, and it ended up spreading. Ronaldo told Draluc to deny something like that. Draluc replies that the locals believed it and used it to revive the town.

Ronaldo realizes that it means Draluc is a small fry that is considered to be the scary one. Draluc asks Ronaldo if he is mocking him and adds that he is strong in fighting games and he can have a battle with him in a video game. Ronaldo replies that he doesn’t do video games, and Draluc asks why and he has Vamperman. Ronaldo taps Draluc’s head, and he dies again. He can’t believe that this guy is weak and he likes weird stuff. Draluc feels that Ronaldo is mocking him and replies that a slander like Ronaldo should stop talking. 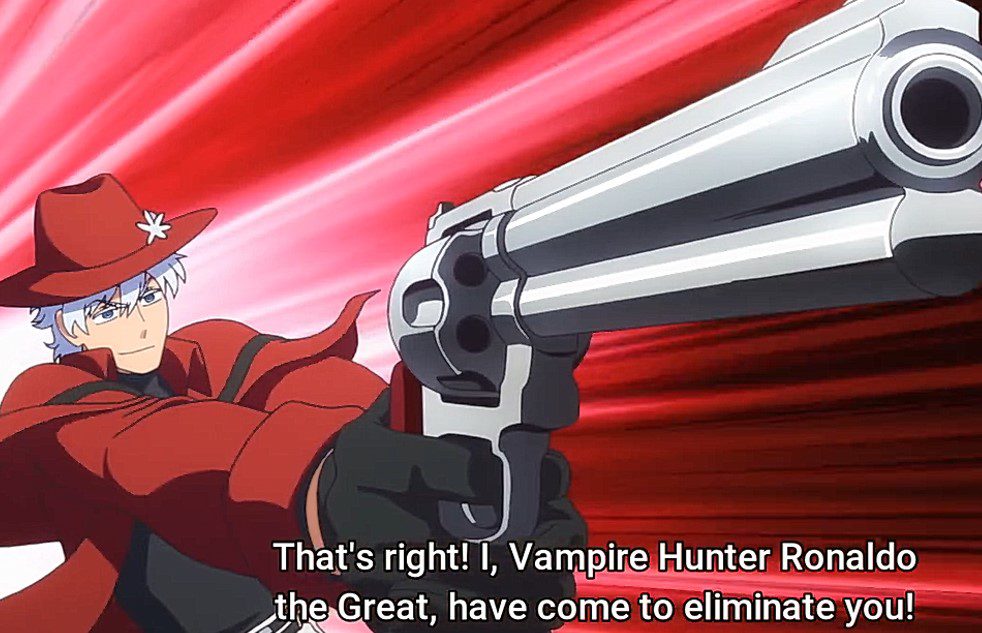 Ronaldo told him about the kid he kidnapped, and he must hurry up and bring the kid back. The two exchange words while the boy plays video games, and no one has seen him. They notice the boy, and he tells them that he is playing games, and he sneaks here every day since there are many games. The boy reveals that he does that while Draluc is sleeping every day. The two realize that the Vampire sleeps during the day, and the boy enjoys the luxurious castle at that time.

Draluc asks the boy if he thinks he can get away with trespassing into his castle. He tries to scare the boys, and the boy asks him, so what if he is vampire Draluc. The boy adds that Draluc is uglier than he expected. Draluc dies after hearing that he is ugly and then revive. Ronaldo can’t believe that the Vampire keeps on dying. He told the boy that they were going home since his parents needed him. Later Draluc and Ronaldo begin to work together and find a troublesome idiot that wants to be a vampire.

The Vampire Dies in-No-Time Episode 2 will be released on 11 October 2021. Ronaldo and Draluc settle the score with the vampire guy who forgets his lines and stutters while talking. They try to convince that idiot that Vampire dies in no time and prove it using Draluc. Draluc revives and tells the idiot that a pseudo vampire cannot become a vampire. The idiot apologizes and reveals how he wanted to make Eri love him. Let’s look at The Vampire Dies-in-No-Time Episode 2 official updates below. 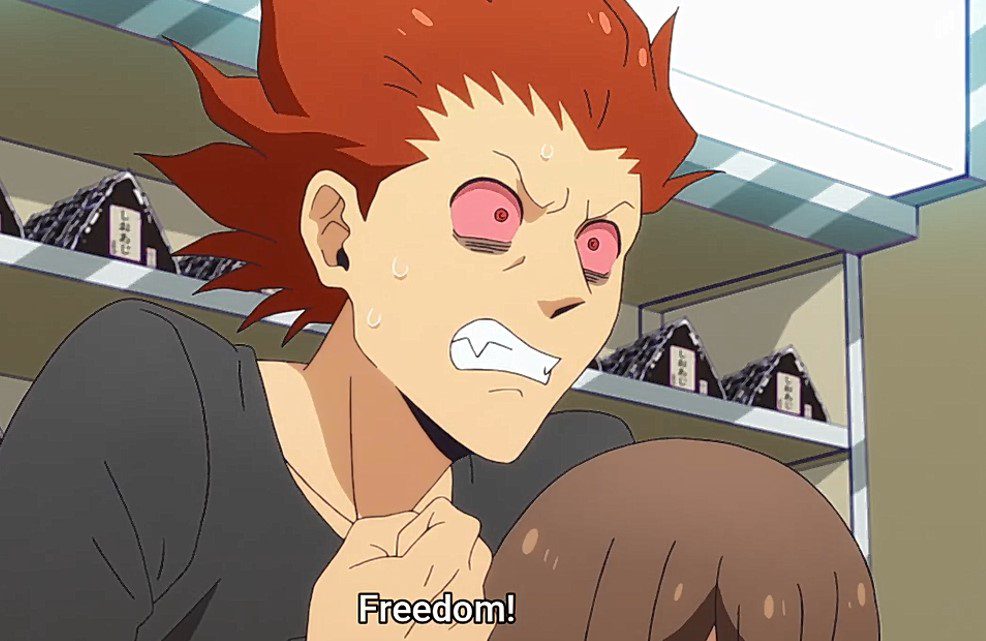