The coming Station 19 Season 5 Episode 9 teasing a Grey's Anatomy crossover sees the team rescuing a victim of car accident who crashed 100 feet below. 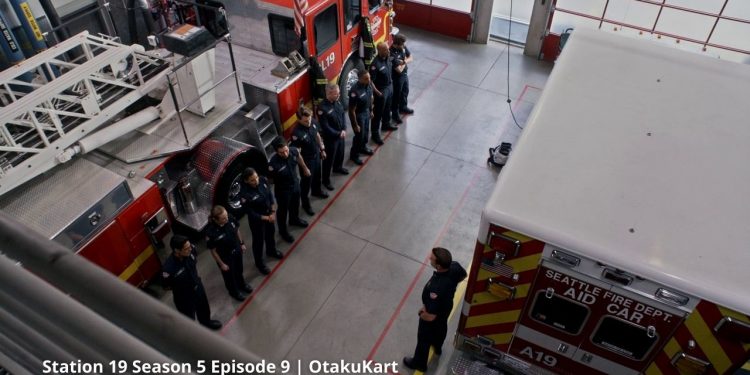 Station 19 Season 5 Episode 9 may see the show going on another crossover with Grey’s Anatomy. This time around, there is another critical situation that sees the team climbing 100 feet down to save a person. Going down is like fighting the death itself as the team takes all the chances they have. Before we move to the same, let’s not forget the loss the team is already suffering from. They lost their own Dean Miller, a dedicated firefighter who was no less than a family. Clearly, some of the firefighters haven’t gotten over his death and a recent case was proof of the same.

So, Vic became a victim of the same. At this point, she was going through a number of things. Dean’s death is one thing, now she was also keeping away the fact that she kissed Gibson from Ruiz. The pressure saw her taking the wrong path. She went on to make things right on a Crisis One call that saw her crossing lines. Apart from that, Ben and Bailey recently welcomed Miller’s daughter’s family. A recent emergency call with a father’s life on the line made Ben emotional as he went all out to save him.

Previously on Station 19 Season 5, it was Christmas and many faces returned to work. This included Gibson and Vic who now have an awkward situation with Ruiz. Especially with Vic who hasn’t told Ruiz that she kissed Gibson. Also, there is a new captain, a lady becoming Seattle’s first female Fire Chief. 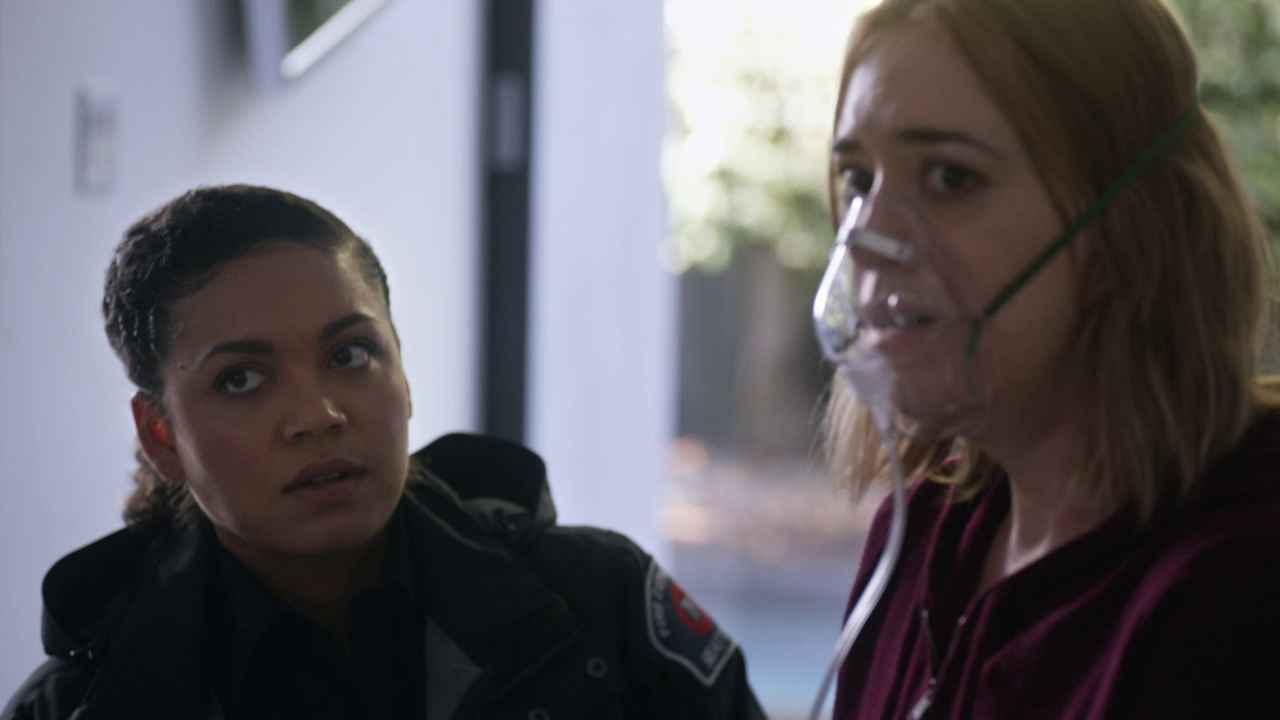 Jack and Vic responded to a Crisis One call from neighbors who reported noise from the neighboring house. They found a woman going through a panic attack and signs of domestic abuse. The husband on his side was taking care of the baby and chilled out about the situation. Jack opted to call cops as it’s their job but Vic went out of line to rescue the mother and her child. This only resulted in the husband reacting and scaring his wife who was already suffering from panic attacks.

Also Read: Natasha Returns In ‘And Just Like That’ Episode 3

The cops came in time. Still, Jack was furious over Vic for crossing the lines. On top of that, she did it twice by going to apologize and asking the mother to leave the place with the baby. Then to charge her husband and go live with her cousin. Crossing the lines twice, led Jack to bench her. She believed Jack is punishing her for kissing him the other day. Jack only wanted her to keep Crisis One alive, the only thing that is left of Miller. 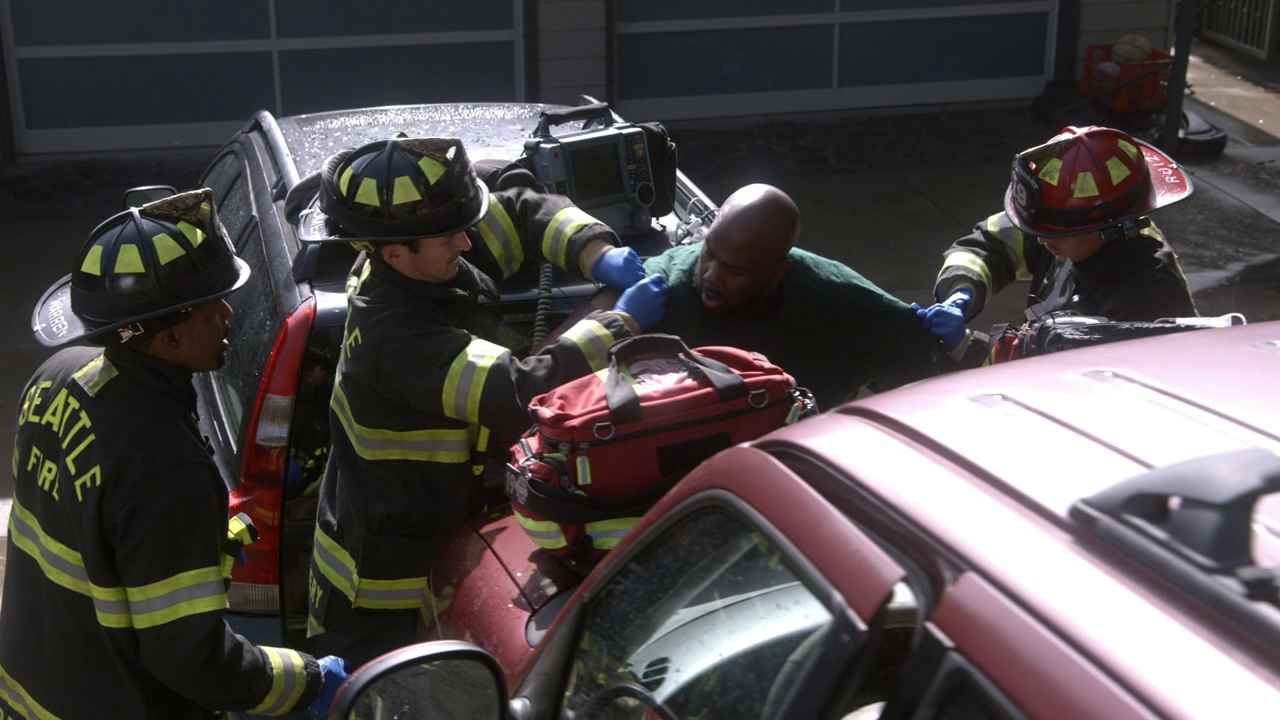 Meanwhile, the rest of the other team was helping a man wedged between two cars. If they move the cars, the man will bleed to death. To save him, PRT was required and the team had to wait for permission. Realizing the man has three kids waiting for him saw Ben pushing PRT without allowance anyway.

The man’s wife coming to aid and singing with his kids made the rescue emotional. A Christmas Miracle saved him as the team celebrated at the hospital. Vic confessed about kissing Jack and about Miller to Ruiz but they still weren’t on the same page anymore. Lastly, Bishop and Carina announced that they will be having a baby.

There is no release date for Station 19 Season 5 Episode 9 as of now. So far, there are no official details on where the show is headed. We only know that the show will be crossing over with Grey’s Anatomy as the later’s promo sees the characters of Station 19 involved heavily. The promo sees the team rescuing a man probably down 100 feet after a car accident.

Apart from all of that, we will also be looking forward to the personal dramas of the characters. For most of the season, Andy and Sullivan might have locked horns with each other. The recent episode 8 saw them getting along somewhere which may or may not continue. This may decide where Andy wants to go with divorce papers. Coming to Vic, she still has to get her mind together since losing Miller. Vic’s recent decisions have certainly not worked in favor of her personal or work-life.

Check out the Grey’s Anatomy Promo For Season 18 Episode 9 that teases glimpses of a crossover with Station 19 Season 5 Episode 9:

Whenever Station 19 Season 5 Episode 9 returns, we are hoping it continues its airing on  ABC at 8 pm ET in the United States and in Canada at the same time on CTV. Until then, watch the rest of the episode of Station 19 Season 5 on ABC’s official website and Hulu. Video-on-demand services of Amazon Prime Video, VUDU, iTunes, Google Play Movies and TV, Microsoft, and YouTube TV may also offer Station 19 Season 5 to buy and rent.