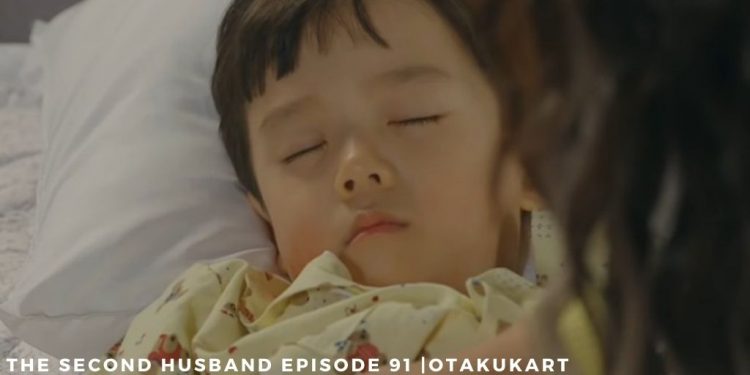 The Second Husband Episode 91 is just a few days away. There have been big reveals throughout the last few episodes. Also, in the last few episodes, Hae Ran has been getting on the nerves of the audience. Fans don’t like the way she has been treating Seon Hwa at all. They do not get what makes her hate Seon Hwa so much. Her attitude towards Saron changed drastically when she found out that Sharon was Seon Hwa. Sure Sharon did fool you mercilessly, but she also had her own solid reasons to do so. The audience is baffled by how she doesn’t care about all the wrong things Jae Kyung has done and is belittling Seon Hwa. However, it doesn’t mean that Seon Hwa didn’t stand up for herself.

She told Hae Ran that she would be staying here as Sharon to take her revenge and then will disappear just as Hae Ran wishes. Other than that, Seon Hwa and Jae Min had finally caught up on Jae Kyung and Sang Hyuk’s lies. Upon hearing about Tae Yang getting terribly ill, Sharon was rushed to the hospital. Thankfully, Sang Hyuk and Jae Kyung had gone to pick up things for Tae Yang, Hae Ran, and Yoon Dae Guk had gone to the hospital’s director, leaving Jae Min alone with Tae Yang when Sharon came. As Sharon had gone through the allergy before, she knew how painful it would be for a child. But when she saw the burn scar on Tae Yang, which was exactly like and on the same spot as Sae Byeok’s, Sharon suddenly realized the truth.

Don’t miss out on what she does next, and check out the release date, streaming details, and predictions for The Second Husband Episode 91.

The Second Husband Episode 91 will be released on December 24, this Friday. The kdrama updates fan almost every day with new episodes at 7:15 PM KST. In the latest episodes of The Second Husband, Hae Ran has come to know bout a lot of secrets that the main leads were hiding. She found out about a number of Jae Kyung’s secrets, such as her adopting Tae Yang, murdering Seon Hwa’s grandmother, and also murdering Mr.Nam. She even found out that Sharon is Seon Hwa. But what fans don’t like is that she is using their secrets to threaten them to do things she wants them to do. Moreover, fans want to know how she will react when she finds out that Seon Hwa is her real daughter. She will be in complete denial for sure!

Where To Watch The Second Husband Ep 91?

What To Expect From Second Husband Episode 91?

Seon Hwa will be losing control over her anger in The Second Husband Episode 91. Finally, the time has come that both Seon Hwa and Jae Min connected the dots and found that Tae Yang is Sae Byeok. This was even confirmed by the file, Seon Hwa and her friends had stolen from the adoption agent’s office. In the preview, Jae Min and Sang Hyuk could be seen fighting about Tae Yang. Jae Min wants Sang Hyuk to reveal the truth about Tae Yang to everyone by himself.

Also Read: Top 8 Spectacular Kdramas Of IU That Prove She Is A Talented Queen