Is she going to find out the true identity of her birth mother soon? 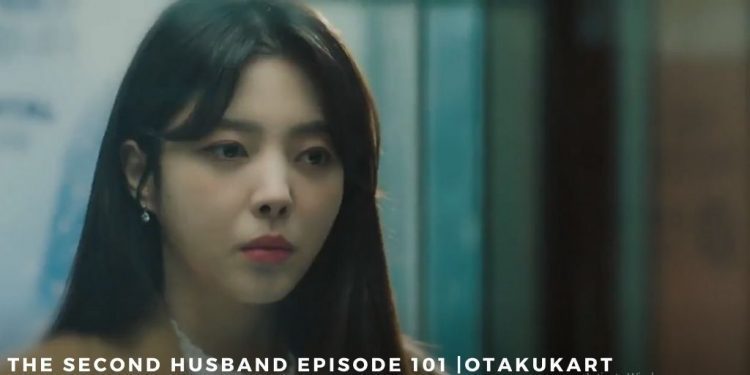 The Second Husband Episode 101 is just a few days away! Hae Ran and Seon Hwa have finally made up after the big misunderstanding they had! Even Seon Hwa and Bok Soon were surprised when Jae Min told them Hae Ran suddenly realized that she had the wrong misconception of Seon Hwa. Later on, Hae Ran herself came to the cafe to apologize to Seon Hwa face to face. Hae Ran told her that now that she looks back, she understands her desperation very nicely. Although Seon Hwa didn’t understand what she meant by that, the audience understood her completely. She herself had lost her child and husband because of Yoon Dae Guk and has been plotting her revenge for years by now.

For now, the audience is worried that Yoon Dae Guk might find out about Seon Hwa being Bit Na. Will he plan to finish her off if he does find out? Also, the fact that Jae Min would have to find out that he is adopted before he finds out that Seon Hwa is Bit Na makes the audience more anxious. If any one of them finds out that Seon Hwa is Bit Na, then things could turn very awkward between the male leads of The Second Husband. This is one of the reasons why Jae Min finding out the truth is really important! Don’t miss out on what happens next, and check out the release date, streaming details, and predictions for Episode 101 of The Second Husband.

What To Expect From The Second Husband Episode 101?

The Second Husband Episode 101 is finally going to grace our screens! Fans couldn’t help but scream with joy when they saw the preview for the upcoming episode! Believe it or not, but Jae Kyung and Sang Hyuk will be thrown out of the Daekook household because of something that Hae Ran told him. How much of the whole truth did Hae Ran tell him? Did she somehow convince Soo Chul to accept that he was just covering for Jae Kyung a while back? Fans are extra curious to see what Hae Ran had fed Daekook to throw his own daughter and son-in-law out of his house. There’s no doubt that Mal Ja is going to get annoyed by the presence of Jae Kyung in her house.

The audience can already see Jae Kyun walking around the house as if she is a queen, even after her parents threw her out of their house. Other than Sang Hyuk and Jae Kyung being banned from their own household, there is another good news for the audience. Fans were thrilled when a lawyer came up to Mr. Bae’s cafe and told Seon Hwa that he wanted to talk to her about her late father. The lawyer, Park Ju Won, told her that they found out that she is the daughter of Bong Man Sik. Of course, Seon Hwa was really shocked to come to know about her birth father for the first time. The lawyer told her that her father was the owner of Bong Confectionary and had passed away some 30 years ago.

Now that Seon Hwa has found out about her father, will she find out that Hae Ran is her mother? Keep watching to see what happens next!

Where To Watch The Second Husband Ep 101

The Korean viewers of The Second Husband can choose to watch its episodes right on their TV screens. The Korean international viewers of the K-series can watch it on MBC Mon-Fri at 7:15 PM KST. The international audience can watch it either on Rakuten Viki or Kocowa. Additionally, the release time of the 101st episode of The Second Husband is 3:45 PM in India, 10:15 AM in the UK, and 8:45 PM in Australia.

Also Read: Top 8 Spectacular IU Kdrama’s That Prove She Is A Talented Queen