“The Scent Of A Woman”: Everything You Need To Know About The Tear Jerker! 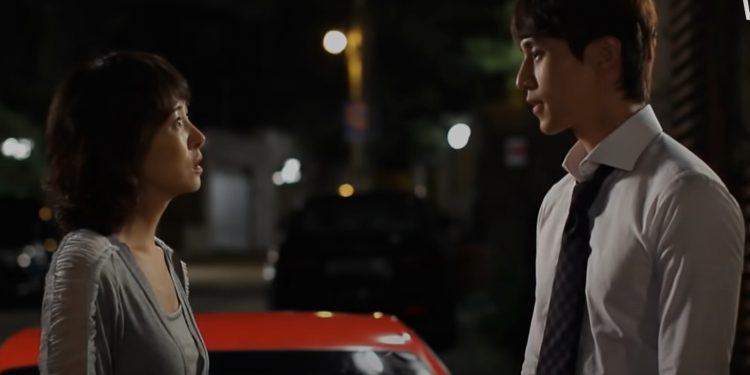 "The Scent Of A Woman"

Want to have clear skin? Watch the 2011 SBS k-drama “The Scent of a Woman” and cry all the toxins out. A beautifully written emotional melodrama with an amazing cast and production team. “The Scent of a Woman” tells the story of a woman, Lee Yeon Jae, who has only six months to live. Finally deciding to leave the demeaning and painful job behind, Yeon Jae decides to do things she was too afraid to do before. Marking her journey to find the love of her life and a rememberable trip, she decides to do it all. While encouraging the people in her life to do the same too.

While it wasn’t easy for Yeon Jae to take charge, leading a devasted life, her dreams were way too different than reality. While dreaming of waking up on a beach all alone, Yeon Jae called out for people and found no one but a smiling ball. As the ball got submerged in the ocean, she cried out for a “William.” A handsome man comes out to kiss her. Kissing back, she woke up in a hospital with a tube going in her throat. While hearing about the characters makes it sound like another k-drama cliche.

A rich guy and a poor girl meet, and miracles happen as they fall in love. But with the development of secondary contradictions and side stories, “The Scent of a Woman” becomes an air-tight storyline with minimum loopholes left behind.

‘My Name is Kim Sam Soon’ and ‘The City Hall’ fame Kim Sun A takes the lead role of Lee Yeon Jae, a regular clerk and looks after her mother. Yeon Jae works at a travel agency and is a victim of exploitation at work. Knowing that the job is her only option so she could continue living. She never stood up for herself whenever she was belittled, sexually harassed, & tasked to do menial jobs by her boss. But the day she got to know she had cancer and just six months to live. Yeon Jae has had enough of her boss’ arrogance and went on to resign from the worthless job.

Also Read: When Is Lee Dong-Wook’s Birthday? His Career and Personal Life

Lee Dong Wook is popular for his notable roles in globally popular dramas like “Goblin,” “Tale of the Nine-Tailed,” “Strangers From Hell,” and a lot more. Dong Wook plays the role of Kang Ji Wook, the only son of Line Tour’s company president. He is good-looking, physically fit, wealthy, and the successor to the company; he is dead inside. But still, he tries to appreciate life and to live life diligently. With his father fixing his marriage with Im Se Kyung, the daughter of conglomerate Seo Jin, his will to live declined a bit more.

Seo Hyo Rim, who is known for her roles in “Beautiful Gong Shim” and “The Red Sleeve,” plays Im Se Kyung. A beautiful and ambitious but arrogant rich girl. And becoming Ji Wook’s fiance might’ve fueled her ego a bit more. She isn’t afraid to take charge, let it be her life or the company. And unknowingly, she even became the very reason for Yeon Jae to give her resignation as she was the one who called her a thief to begin with. Before, he was the ruthless and class discriminator Joo Dan Tae living in the Penthouse and having a war of life. Uhm Ki Joo was Chae Eun Suk, an old school friend of Yeon Jae who became a doctor. But after growing up and going different paths, he refused to recognize her. But was the one to tell her that she might not have much time to live.

A Look At The Beginning of “The Scent Of A Woman”

After an embarrassing day at the office outing, where she fell in the huge bibimbap bowl because of her co-worker and had to take the blame to her head, Yeon Jae went back to work. While her mother keeps telling her to get better and put herself out there. And maybe marry a rich man and have a good life. Going back to work, she was on a task to arrange a luxury car for a Chinese star coming to Korea. Even though it was the first time, she saw Kang Ji Wook as she followed his car, hoping to get it for the actor. But while Ji Wook went on to introduce himself in the board meeting as the new general manager. She ended up getting in a car accident just outside the office.

And that wasn’t even the bad thing as she didn’t get hurt much. But meeting a childhood friend (whom apparently she used to call poop sik). And that friend delivering the news of her possibility of being terminally ill wasn’t the thing she was expecting on her to-do list. Getting to know about the tumor and coming back to the office and seeing another employee taking over her tasks, and bad-mouthing her back and calling her a doormat for men. She’s being treated like an extra being the main character of her story.

On the other side, dead inside, Ji Wook went to meet his fiancee Im Sae Kyung along with his father. The heiress to Seojin Group, and works as an executive director of Seojin Cards. She asked Ji Wook to arrange a sightseeing day for her very important guest Allen Wilson. Later on, going to his apartment, she told him not to mess with her personal affairs till their wedding as she wouldn’t be messing with his.

Taking up the Allen Willson project, Yeon Jae went on to do everything she could. But they end up offending them as their food got mixed up from the restaurant side. Trying to make it up to them with Ji Wook’s advice to calm Willson’s anger. She decided to get a box of pastries that his mother used to make him for him. The trick worked, making Willson a bit satisfied with Yeon Jae’s efforts. But everything went done as the following day; she was accused of stealing Willson’s diamond ring when the ring was actually stuck on his sweater.

Going to the hospital, Eun Sun refuses to do the biopsy seeing her alone. But when she doesn’t budge, he gives in and ends up telling her that she has cancer and not much can be done after getting slapped by Sae Kyung over misunderstandings—not being able to prove her innocence, and getting criticized by Manager Noh, and hearing that he should’ve fired her when he had the chance. Yeon Jae finally stood up for herself. As he threatened her with another warning, she just went on to quit the job. Giving him the resignation letter that had been sitting on her desk for five years. And on her way out, she went on to smack Sae Kyung right in her face after she kept accusing her of stealing the ring. Later on, drinking the night away with her friend, Yeon Jae decided to start her new life by deciding to seduce Ji Wook, who was sitting across her.

Where To Watch “The Scent Of A Woman”?

The K-drama, “The Scent of a Woman,” is available to watch on the streaming platforms, Viu and Rakuten Viki. While the episodes are also available on SBS World, SBS’s official Youtube channel. With each episode having a runtime of around 60 minutes to 70 minutes. The k-drama has 16 episodes in total and can be binge-watched in a day or two. Known to be an emotional rollercoaster but a must-watch, along with crying buckets worth of tears. The viewers have also reported falling in love with Lee Dong Wook and Kim Sun-A.

Who is Virgil Abloh? Everything About The Fashion Designer