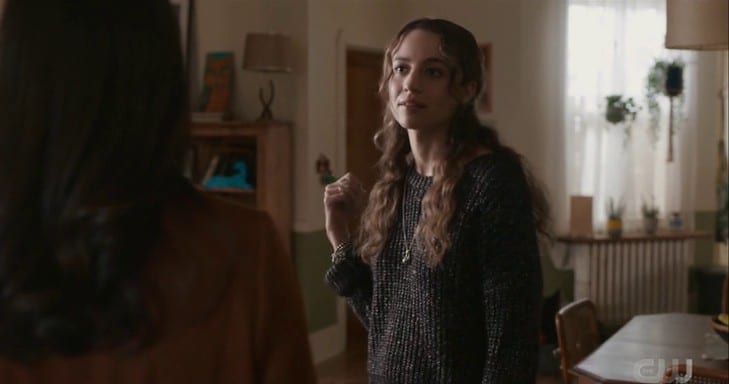 Yes, the lockdown on borders is lifted after all in The Republic Of Sarah Season 1 Episode 4. But there are more problems coming in Greylock in its process of getting recognition. Now one of the first ones will make its presence felt in the coming fourth episode of the series. How Sarah will tackle, it is something to look at. Keeping these problems aside, there are a lot of family issues Sarah needs to deal with too. Danny keeping secrets from her and Ellen didn’t work well. Danny made up with Sarah, but what about Ellen?

So before we take a look at the coming fourth episode of The Republic of Sarah, we need to shine a light on the previous episode. There were quite a few ups and downs.  A lockdown of its own with protests going all over the city. There were attempts to escape, and protests went violent. But at the end of the day, it worked for town and Sarah’s favor. But with that comes some consequences. So let’s break it down what were they and what they mean for The Republic Of Sarah Season 1 Episode 4.

Recap For The Republic Of Sarah Season 1 Episode 3

Previously on The Republic Of Sarah, we opened up with what it feels like living in a town locked from the borders. Greylock residents have no in or no out from the town. Sarah, Corinne, and AJ discuss the situation, and Sarah hopes to convince the leaders from around to open the borders. On the other side, Danny finds out about the situation and leaves for help. Sarah tries to approach Grover, but he needs some time out as he makes the leave from the house. 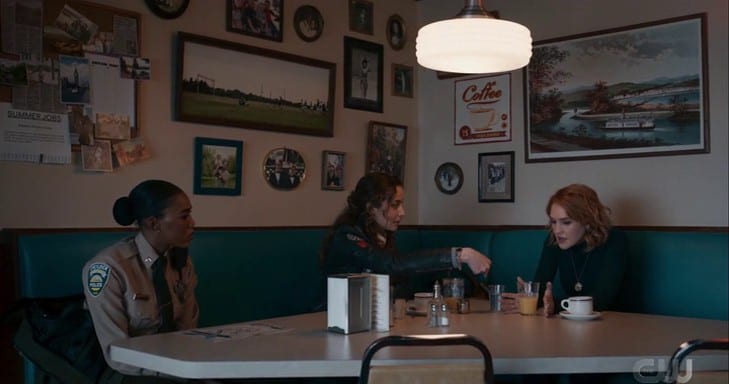 The people in town start going crazy about locked borders. Sarah continues to make connections until Danny comes in to confront her for not telling. Meanwhile, Ellen comes across Danny’s fiancee and notices her mother’s ring on her finger. Ty and his friends have a plan to protest at the border. Ellen tries to tell Sarah about the ring, and Sarah asks Ellen to understand Danny’s situation. AJ arrives, telling Sarah about the kids doing the protest attempt as they leave to rescue the kids. Sarah receives a call from Governor Taggert, a conversation that doesn’t go down well with SWAT coming to the border.

As Sarah is proud of her students, she has a plan to use waters that arent locked. This way, the essentials can come into the town. She handles the plan to AJ. Sarah and Danny have a tiff while Bella’s father finds out about the protest attempt. The cops arrest AJ for smuggling supplies. Meanwhile, the protest video goes viral, and the governor has organized Political Asylum for whoever tries to leave the town. Ellen tries to connect with Danny to fail. 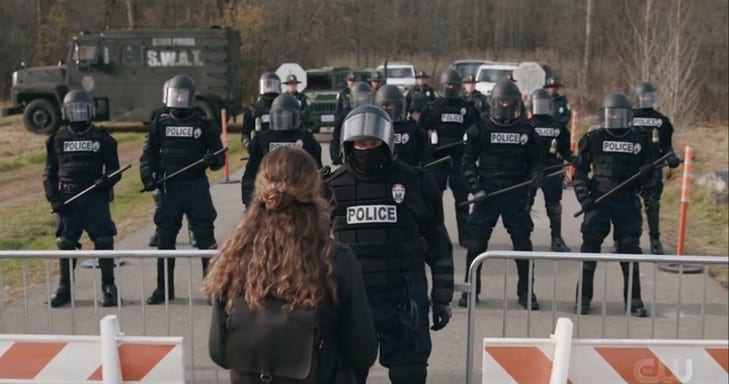 Sarah decides to go in to step over the border with a big group of protestors to define that Lines on the map don’t define them. The protest turns and violent and leads to the arrest of many including Sarah. But the good news is that borders are reopened. Sarah later makes a deal with Governor for getting Greylock recognized. The episode ends with Bella sent to boarding school and Sarah reconciling with Danny and Piper.

The Republic Of Sarah Season 1 Episode 4 is titled “In Us We Trust”. The official synopsis of the episode says that the town of Greylock is facing a foreign transaction fee. This may lead Sarah to create a currency for the town of its own to tackle such things. Meanwhile, Danny shares some time with Grover. He lets him know about his situation with Corinne from the time he left.