The Red Sleeve episode 3 will take fans back to the magical era of Joseon. We have seen multiple Korean historical dramas about kings and Princesses, but not many focusing on the court ladies. However, The Red Sleeve or The Red Sleeve Cuff tells us the tale of an intelligent and undoubtedly stunning girl Seong Deok Im, a court lady to King Jeongjo, the 22nd ruler of Joseon. This drama became the talk of the town even before its release as it is based on the popular love story of King Jeongjo and Court Lady Uibin Seong. However, the drama is based on Kang Mi Kang’s novel that goes by the same name. The drama will take us more in-depth into the royal historical romance of the King and his royal concubine.

The Red Sleeve has intrigued fans with the release of just two episodes. The back story of the characters and how they met in their childhood is brilliantly carried out. We see the Crown Prince Yi San and Seong Deok Im bantering cutely as Kids. When Yi San was crying hopelessly after seeing his grandmother passed away, Seong Deok Im was the one who wiped his tears with her red sleeves. Seung Deok unintentionally helps the Crown Prince. This stays true to a promise she will make later on to the crown prince as a beautiful court lady ”I will protect you with my life”. Fans are beyond excited to see more of this swoon-worthy chemistry in The Red Sleeve Episode 3.

The Red Sleeve Episode 3 will be released on 19 November 2021. The Red Cuffed Sleeve will tell the story of a strong-willed court lady who refuses to be a concubine to the King of Joseon. The first two episodes introduce us to the characters and how they were meant to be. Upon hearing that she will be thrown out of the palace if her master, i.e, the Crown prince, dies. Seong Deok Im’s makes it her motto to protect her master no matter what. We will learn about how her will to live freely becomes a road blocker in her love life over the course of sixteen episodes. Becoming the concubine of the King is an immensely respected role, but Seong Deok Im refuses the proposal. Furthermore, she gives priority to her freedom and the choices that she wants to make.

Even as a young girl Seong Deok Im was unlike all the other young court ladies. She refuses to be treated lower than anyone and has learned how to write excellently. Seong Deok Im does not even spare the Crown Prince when he keeps dismissing her letter of apologies. Make sure to watch The Red Sleeve Episode 3 to know more about Seong Deok Im’s life.

How to Watch The Red Sleeve Episode 3?

The Red Sleeve starring Lee Se Young and Lee Jun Ho from 2 PM is currently airing on MBC. Moreover, The Red Sleeve has the highest viewership rating among all the dramas airing in its time slot. It airs at the 22:00 time slot according to Korean Standard Time on Fridays and Saturdays. This historical Korean drama first showed off its star-studded cast on 12 November. Moreover, The Red Sleeve is brilliantly written by Jung Hae Ri (The Emperor: Owner Of The Mask) and directed by Jung Jae In (Victory for Tomorrow). In a press conference, the cast members expressed their delight in working with such a talented crew. Lee Deok Hwa, who plays King Young Jo, confessed that it was his first time working with a female director, and it had been amazing.

The amazing work of the cast and crew shines when you watch The Red Sleeve. For international viewers, The Red Sleeve is available to watch on Rakuten Viki with subtitles in the language of your choice. So do not miss out on The Red Sleeve Episode 3.

What Went On In The Previous Episode of The Kdrama?

The series begins by showing the viewers how Seong Deok Im and Crown Prince Yi San met as kids. Yi San meets a bossy little court lady while he disguises himself as a servant to pay his last respects to his grandmother. Not knowing that he is the Crown Prince, Seung Deok Im tells him to watch what he says. This is because she might become a 5th rank court lady someday. She stays beside him and wipes his tears as he bids his beloved grandmother goodbye. Although the young prince wants to thank her, he stops himself thinking that it will mess with his sense of responsibility. 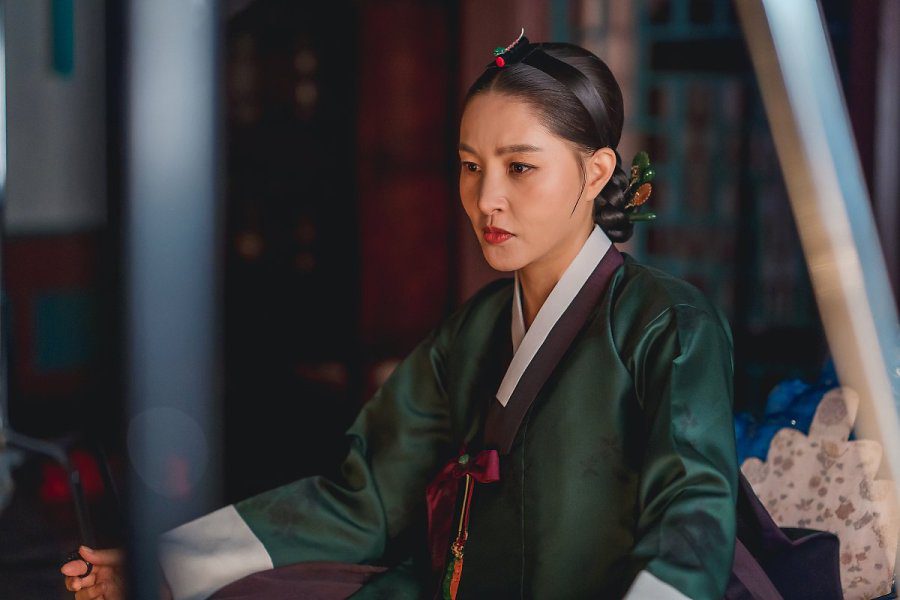 However, when they meet as adults. Will the crown prince Yi San be able to stop himself from getting closer to the court lady Seung Deok Im? Will Seung Deok Im be able to become a 5th rank court lady? Keep on watching The Red Sleeve to find out.