While helping others, the psychologist, He Dun, slow but surely, is falling into the deep abyss of pain and sorrow. Everything is on the verge of a breakdown. Will Qian Kai Yi be able to save her? 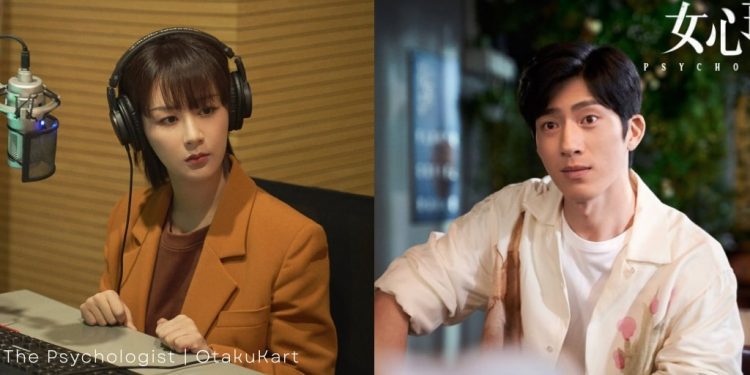 We have brought The Psychologist cdrama episode schedule to clear viewers’ confusion! With kdrama, cdrama’s fandom has also increased on the international level. There are numerous ongoing cdramas famous among global fans, and The Psychologist is one of those dramas! It narrates the tale of the psychologist, He Dun, who helps others untie their emotional knots and leads them towards a brighter side of life. To help more people, she even becomes part of a radio program that deals with emotional issues with the co-host Qian Kai Yi. However, the old memories have begun to form knots, tieing her to the pain and anguish she once had buried deep in her heart.

The latest episode shows He Dun finally encouraging her best friend, Tang Li Li, to get out of her toxic relationship. It reveals that Tang Li Li’s boyfriend is actually married. After his wife finds about Li Li and her husband’s relationship, she releases all anger on Li Li and beats her badly. Thankfully, He Dun and Qing Kai Yi help her out. Meanwhile, Qian and He Dun continue their counseling radio show, ranking first in their time slot. However, a new problem is ready to knock on their door! He Dun finally discovers something wrong going on with her mother. To find out how He Dun and Qian Kai Yi help her mother, watch the upcoming episodes of The Psychologist cdrama!

Also Read: My Girlfriend is an Alien Season 2 Announced: The Chinese Drama Returns

The Psychologist cdrama was premiered on 23 November 2021 on Youku, and it is scheduled for 40 episodes. Each episode brings different cases, enlightening various mental health issues. So far, the story pace has been perfect. The leading cast member has showcased wonderful performances, especially Yang Zi and Jing Bo Ran. Many viewers adore their on-screen chemistry.

Where To Watch The Psychologist Chinese Drama Online – Streaming Details

The Psychologist Chinese drama is airing on the Youku YouTube channel. It is available for domestic as well as international viewers with English Subtitles. To watch the latest episodes, you need to buy Youku’s membership. As mentioned above, membership viewers can watch The Psychologist’s two episodes every Wednesday, Thursday, and Friday. However, for non-membership viewers, one episode releases every Wednesday, Thursday, Friday, and Saturday. Besides, it is also streaming on Rakuten Viki. But keep note that Viki streaming episodes are slightly behind.

What To Expect In The Next Episode?

The upcoming episodes of The Psychologist Cdrama will revolve around He Dun’s mother’s health condition. There have been many events happening around He Dun and her mother. However, no matter what the outcomes will be, He Dun will not give up! This time, she even has Qian Kai Yi, who is willing to be there for her. The latest episode shows her mother getting counseling in pretense by telling her daughter’s story as hers. However, it has led to some unexpected consequences. Also, He Dun has found her mother’s medicine bag.

Therefore, in the upcoming episode, He Dun will confront her mother about the medicine bag. In the worst scenario, the two may end up opening each other’s wounds and the pain buried deep inside their hearts. After all, He Dun’s brother’s death has left a huge scar on their souls. Besides, the cdrama will also continue the dark mystery of Ye Jia Hui. So far, no one has been able to see his real evil face. However, how far he is willing to take it, is no one knows. Therefore, the upcoming The Psychologist cdrama episodes will be narrating the darker but emotional tale of characters!