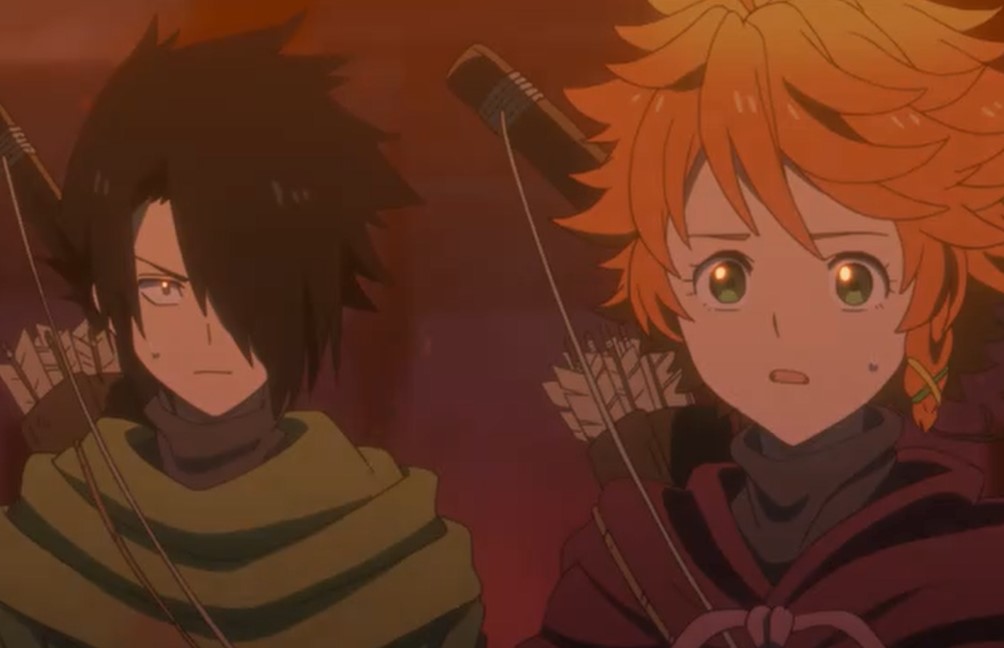 Emma and Ray find that Norman has betrayed them. He lets them go and find Mujika and Sonju. But he was planning to keep all the demons instead of keeping his promise. When the two arrive at the scene, they find that Norman has attacked the demon village. Emma stopped Norman when he was about to kill the village chief of the demons. But the demons are rampaging. The Promised Neverland Season 2 is left with a single episode.

Norman told Emma that he thought he would never come back with them. Norman said that it is over, and if the farm gets to know everything, it will worsen. Emma tried to convince Norman that they can stop killing the demons since Mujika and Sonju is here. Norman refuses and insists that the demons must die. Emma told Norman that he must not intend to play god. She gave him heartfelt talks, and Norman decided to give up. He drops his sword and sheds tears that he wants to live.

The Promised Neverland Season 2 Episode 10 will release on Friday, 19 March 2021, at 12:00 AM JST on Funimation and AnimeLab. Let’s find out what will more about Norman and his plans for the demons below.

Norman reveals that due to the drugs administered to him at Lambda, he won’t live long. The village chief cuts his hand after seeing that there are demons that want to attack Emma, Ray, and Norman. Sonju also cut his hand and feed it to that demon. Mujika also offered her blood to other demons for them not to regenerate. The demons started to drink the blood and return to normal. The demons are glad that Mujika is alive and saving everyone.

Babara also finds it hard to kill the demons, but she is worried that they have been eating humans in the past. Norman heads to the forest with Emma, and he told his crew that the war is over. They must stop killing the demons, and he reveals that his aim was not to take revenge on the demons. But he was trying to save his family, and he made a mistake. Norman explained why he wanted to kill the demons. 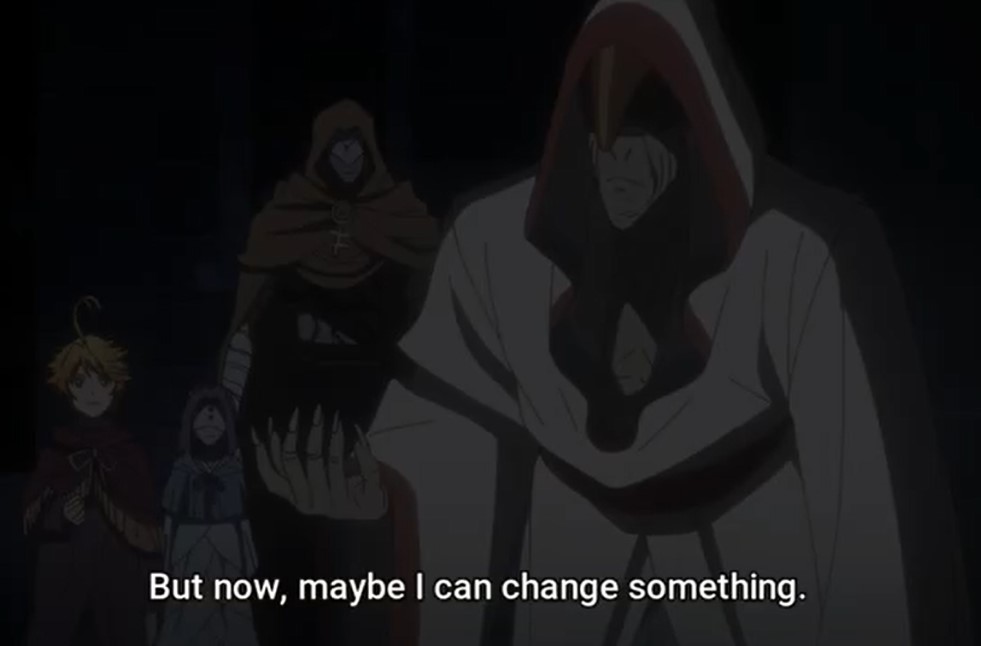 Norman also talked about how they were experimented on with drugs. Norman reveals that his seizures have already advanced to level 4. The crew is surprised since Norman is from Grace Field, and he was a high-grade sample. But he shouldn’t have been a guinea pig, and Norman said that it was a lie. He told them that so that he can be the boss that they can rely on. Norman apologizes and reveals that he wanted to develop a drug to cure them.

But the supporters who had that information were purged, none remaining. Norman said that he was doing everything to save the world in the limited time he had. But he doesn’t want to kill anyone anymore. He told his crew that with the time left, he wants to make a choice he won’t regret. Vincent said he doesn’t care about his life anymore. He reveals that eradicating the demons is their only salvation. Cislo told Vincent that it is over.

They can’t keep on giving their boss a burden, and Babara said she wanted revenge on the demons. But that’s what she thought initially since her boss wants peace; it is fine with her. Vincent also agrees with Babara, and Norman is glad that his ally has come to terms. Mujika and Sonju arrive, and she reveals that most of the demons in the northern part of town returned to their original form. 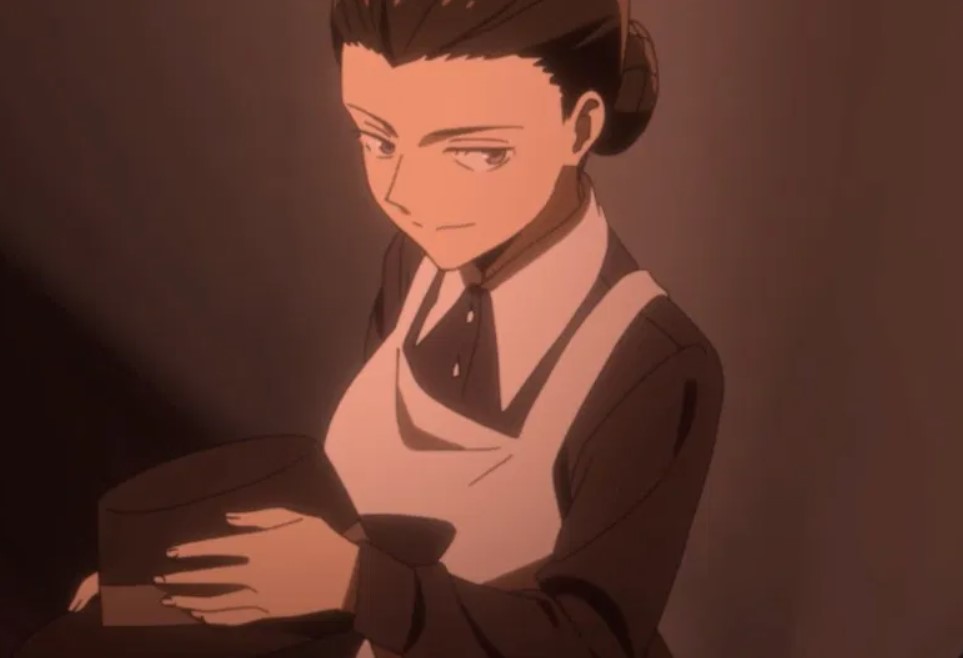 Mujika also reveals that they will handle the rest by sharing the blood. Sonju advises Emma and the other to leave before the demons find that humans caused it. Mujika mentions that they will stay and explain how the blood works. Emma said they would head back to their hideout. When they reach their hideout, they find that Phil is being shipped away. Meanwhile, Peter is talking with the demons about the Lambda project.

The demons told him that the facility was destroyed, and 22194 escaped. The demons told Peter to make up for this blunder. Peter guarantees that every child will return here. He asks Isabell if he is not telling the truth ad Isabella assures the demons that the children will be back. Isabella reveals that they use the radio and leak the information about shipping all the children from Grace Field.