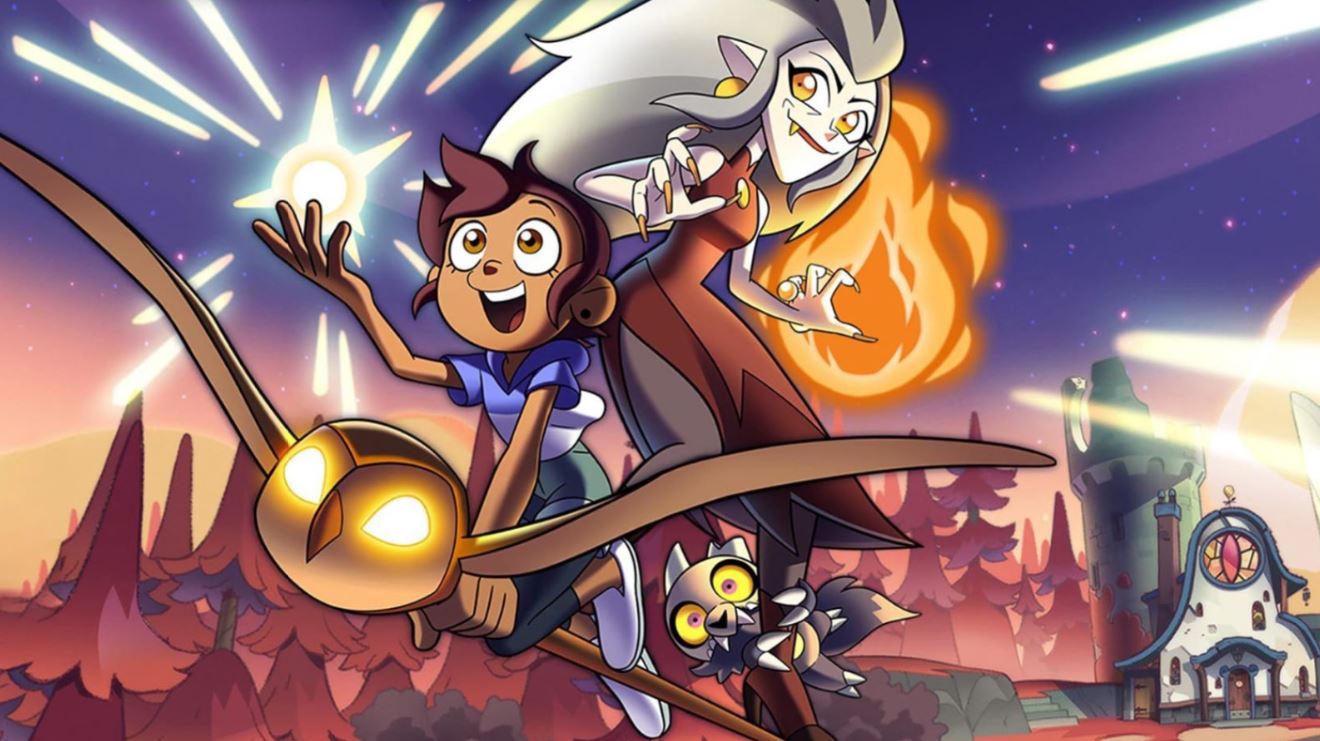 The Owl House is a Disney Channel fantasy animated TV Series created by Dana Terrace. The story follows the life of a self-assured girl named Luz Noceda, who is forced into attending a Reality Check Camp. During her stay and gruesome experiences of the camp, something magical happens to her. As an Owl snatches her favorite book, she chases it to eventually end up in a secluded house. Here, she stumbles upon a portal that takes her to a magical place called the Boiling Isles. In this world, she befriends a rebellious witch named Eda and a tiny warrior named King. And despite the fact that she has no magical abilities, she wants to learn them. Therefore, she acts as an apprentice to Eda while finding her all-new family. Now that the next season is coming closer, let’s see, when will The Owl House Season 2 Release?

The show has been critically appraised as it makes use of quirky visuals, all while appealing to a wide base of audiences. The show has also been commemorated for its representation of various sections of society, especially the LGBTQ+ community. The Creator, Dana Terrace is also praised by Meredith Roberts, the Senior Vice-President of Television Animation in Disney Channels. She has praised the diverse storyline and the astounding world that Dana has been able to create. The Owl House Season 2 will continue directly after the events of Season 1, where everyone will try to get Luz back to the Human Realm. During all this, Eda will confront her inner demons while we learn much more about King’s past.”

When Will The Owl House Season 2 Release?

The Owl House Season 2 is set to begin its premiere on 12th June 2021. This series will be aired every Saturday at 10:00 am ET / 9:00 am CT. This show is set to be aired on the Disney Channel in the US while also being later added onto the DisneyNow website. It has also come under the stipulation that The Owl House may even air on Disney’s Direct-to-Consumer Streaming Service, Disney+. Additionally, Disney Channel has already released The Owl House Season 2 new title animation as well as new key art. This was posted by the show’s creator, Dana Terrace. 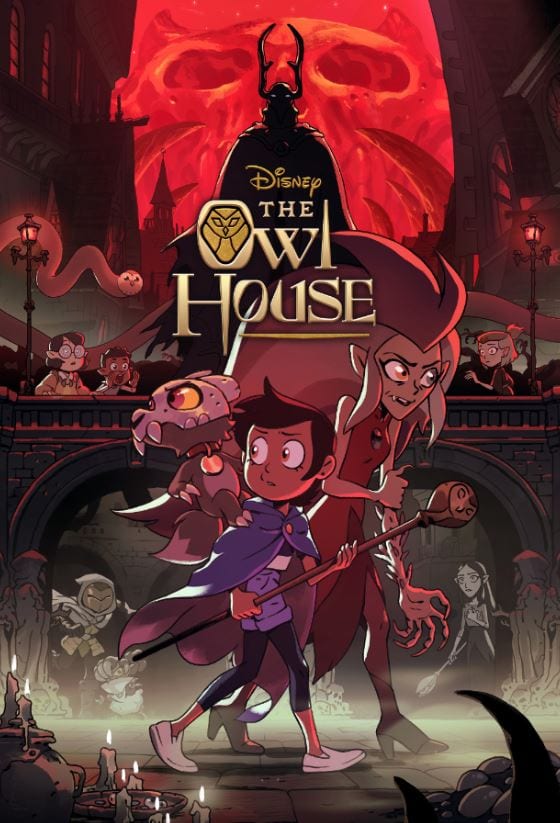 How many episodes will there be in The Owl House Season 2?

Also Read: Percy Jackson Disney Plus TV Series: What Is It About?

Has The Owl House Season 3 been Confirmed? 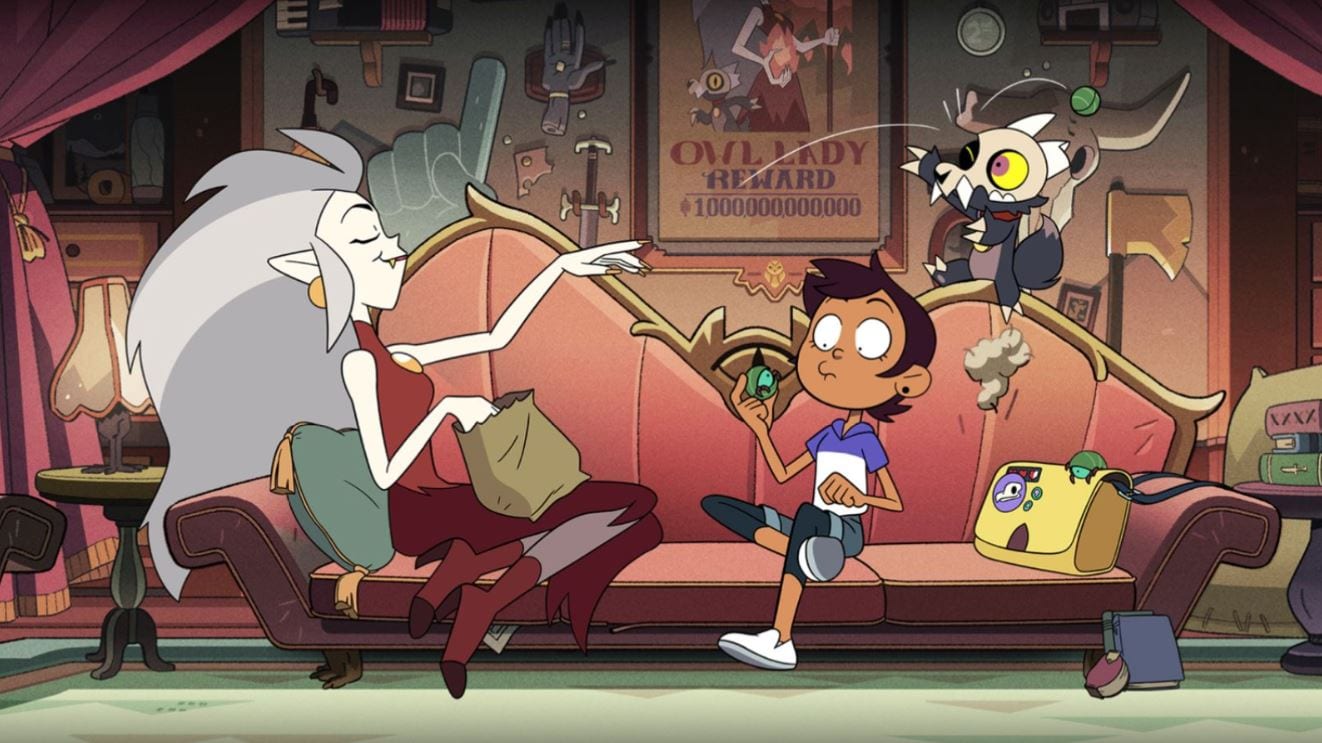 Still from The Owl House

Who is in the Cast of The Owl House Season 2?

Many of the Cast members from Season 1 of The Owl House reprise their roles in the second season. Sarah-Nicole Robles from Star Darlings will reprise the role of Luz, while Wendie Malick will play Eda. Then we have the Gravity Falls Star, Alex Hirsch takes on the role of King, and Hooty. Mathew Rhys will reprise his role as Emperor Belos. Isaac Ryan Brown from Raven’s Home and Tati Gabrielle from Chilling Adventures of Sabrina take on the roles of Gus, and Willow respectively. Lastly, we have Mae Whitman from Good Girls voice Amity while Cissy Jones voices Lilith. Along with these, we even have a few guest stars in The Owl House Season 2. Peter Gallagher, Felicia Day, Harvey Guillén, Nik Dodani, Alex Lawther, and Debra Wilson will all be voicing some unannounced characters in the show.

Also Read: What To Expect From The Owl House Season 2?