‘The One and Only Episode 8’: Will Pyo In Sook Hand Herself To The Police?

The South Korean drama series ‘The One and Only Episode 8’ is hitting the screens really. 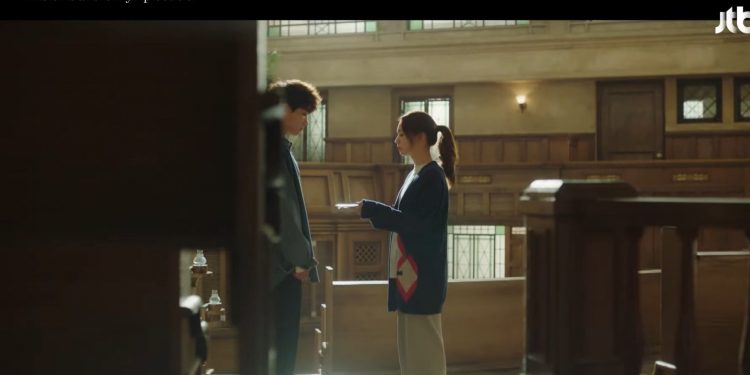 ‘The One and Only Episode 8'

The South Korean drama series ‘The One and Only Episode 8’ is hitting the screens, really. With each new passing episode, the show has gained many positive reviews and comments. It has developed an excellent narrative structure, and thus it would be right to say that the engagement level is pretty wild. Moreover, the ladies are growing out of their shell of insecurities and are going places. Pyo In-Sook, Seong Mi Do, and Kang Se Yeon are the epitome of THE WOMEN in the series. In Sook is fighting her way through her past fears and is beginning to realize her feelings for Min Woo Chun. Sung Mi Do is now officially with Go Ji Pyo, and she looks really happy, but the fear of an unimpressive social image is still alive inside her.

On the other hand, Se Yeon has asked her husband to divorce her. She is tired of his antics and now wants to live a peaceful life without any humiliations. But her mother and husband are quite adamant in convincing her against it. Though it is good to see Se Yeon stand her ground firmly. Furthermore, all the viewers out there are really eager about this eighth episode of the show. Here we have gathered all the details about the same. So, let’s have a quick skim inside.

‘The One and Only Episode 8’: Spoilers & Recap

In the previous episodes, we saw Pyo In Sook and Min Woo Chun going through a series of ups and downs. Both are trying to save each other from getting arrested for the greater good. While Pyo In Sook is all set to admit the crime to the police, on the other side Min Woo Chun too has vowed to not let her do that. In the midst of all this, the two have developed amazing chemistry that is being loved by the viewers a lot.

Moreover, as the story is progressing, we are discovering and unraveling truths hidden behind the shadows. Many events are crisscrossing each other, and the results of them have been really surprising for everyone. In the sixth episode of the show, we saw how Pyo In Sook and Min Woo Chun spent a good time together wandering around the city, playing games, and then cutting a cake together.

By the end of it, they both reveal many things about their hidden desires, and Woo Chun takes her to the abandoned bridge and tells her about his mother and father. Though, by the end of all that, they both end up getting chased down by the police due to the phone signal. But they managed to escape.

Moreover, it is also discovered that Pyo In-Sook was not the one who strangled San A’s father to death. And now the pair stands confused about who was the real culprit behind his death. Later, we see Pyo In-Sook confessing to Woo Chun about the phone. And at the same time, she receives a threat from a number that says that he knows everything about the crime she committed, and if she doesn’t give in, he will end up harming her grandmother.

‘The One and Only Episode 8’: Where to Watch?

Viki is the streaming platform for all the viewers out there. It is the most reliable platform out there and is easily accessible for both domestic and international viewers. They would need to get a subscription for the platform, and then they are good to go with all the episodes of the series.

Moreover, the domestic audiences of the show can stream its episodes on TVING too. They would need to have a subscription to the platform for getting access to all its episodes.

‘The One and Only Episode 8’: When Is the Episode Premiering?

The One and Only Episode 8 is going to release its eighth episode on January 11, 2022, at 7:30 PM. The chaos has been unleashed in the South Korean drama series, and the viewers out there are loving every bit of the same. The cliffhangers from previous episodes have left them on an edge, and the good is that the next episode is going to air soon enough.

A series of revelations and discoveries have taken place in the previous seven episodes of the show. With the growing suspense, the drama series has taken many unexpected twists and turns. Therefore, viewers out there are really excited to have the eighth episode on the screens.

Moreover, the drama series has been an emotional rollercoaster ride for the viewers. There is always turmoil going around the characters, and the anxiousness travels to the other side of the screen too. It is not a surprise that the characters of the show are doing a real good job in leaving amazing impacts on the viewers out there. With an amazing increase in the viewership scale of the series, we are expecting the show to become one of the most memorable ones for the majority of the viewers out there.

Stray Kids Prepares to Hold Fan Meeting in Both Online and Offline Modes.