The South Korean drama series ‘The One and Only Episode 4’ is hitting the screens really. 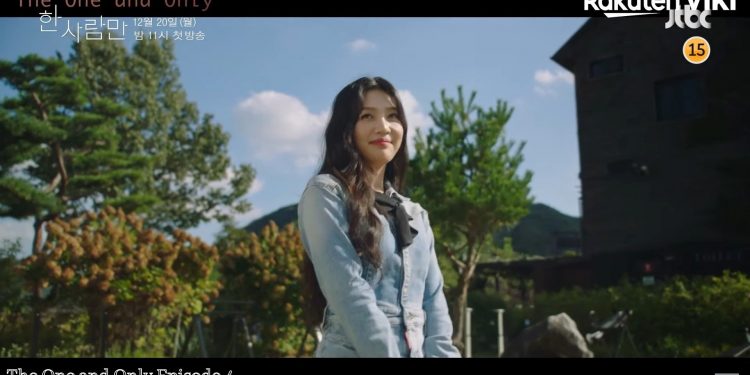 The One and Only Episode 4

The South Korean drama series ‘The One and Only Episode 4’ is hitting the screens, really. The drama series is doing immensely well in attracting attention from all the corners of the globe. With all the overwhelmingly positive response the show is receiving, it would be the right thing to say that it has got all the K-Drama lovers smitten over it.

Moreover, the series has done a great job in the portrayal of the cruel realities of everyone’s lives. It has not only brought up the issue of living a mechanic life but also has urged the viewers to address the loneliness in their lives. The characters and plotline of the story are not only delivering the message of a good life but also is urging everyone to get up and live out of the box.

The One and Only Episode 4: When Is the Episode Premiering?

The One and Only Episode 4 is going to release on December 28, 2021, at 7:30 PM. The cliffhangers from the previous episodes are going to get over soon enough, and the viewers will have the story ahead soon enough. The drama series is doing fairly well on every ground, and all its fans out there are expecting it to become one of the most in-demand series in no time. It has portrayed the realities of life in a very exclusive and particular way which has become the magnet for all the viewers out there.

There’s a lot happening inside the show with each new episode, and if you haven’t already started with it and then we really suggest you to go for it without any kind of doubt. It is absolutely worth watching and will keep you engaged throughout its premiere period. It has gathered many positive reviews and comments with only two episodes, and we are really eager to see the viewers respond to its new upcoming episodes. The upcoming episodes are going to be really intriguing and will increase your curiosity by a lot.

The One and Only Episode 4: Where to Watch?

If you are comfortable with going on a subscription channel, then Viki is the platform for you. It doesn’t matter if you are domestic or international audiences. It is available for both of them with a subscription. And, yes, the subtitles are present. Though, if you want to watch it without paying any kind of cost, then you might need to surf the internet quite thoroughly.

The One and Only Episode 4: Spoilers & Recap

The show has already formed many layers in its previous episodes. Overall, the base of the show has expanded with the introduction of many new characters and their interaction with the protagonists of the story. We are sure that we are going to see more of them in the upcoming episodes, and they are also going to affect each other’s lives in endless ways.

Pyo In-Sook, Sung Mi Do, and Kang Se Yeon have met each other, and now they are joined together in almost all the moments. Each new scene drives them together in some way or other, and we see them backing each other up in all the ways they can.

Their meeting was through Ha San Ah, an abused child living next door to Pro In Sook. Her life is a mess, and all the years have been nothing but gloomy for her. Witnessing her deteriorating condition, the ladies decide to take a step and make a mission to rescue Han San Ah out of the mess. For executing their amazing plan, they decide to follow her abusive father on a very rainy day.

But, while on their way, they stumble across Min Woo Chun, who is a very unexpected witness. The scenes change, and we see the three ladies in a club under colorful lights. From the looks of it, the situation looks like they are on a new mission.