‘The One and Only’ Episode 1: The Ladies are Here To Take Us On a Rollercoaster!

The most awaited South Korean drama series “The One and Only” is hitting the screens really. Fans out there are excited. 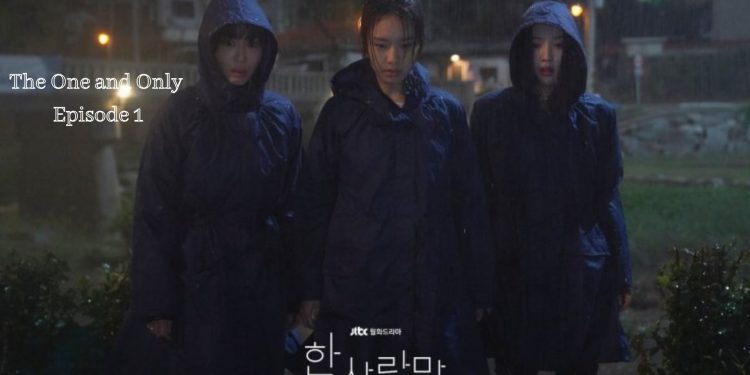 The most awaited South Korean drama series “The One and Only” is hitting the screens really. Fans out there are really excited about the show’s release and undoubtedly are marking days on their calendars. Of course, the internet is in a huge buzz since the announcement about the show and the fact is undeniable that it is going to be one of the most engaging ones for all the soon-to-be viewers out there. The show has already bagged several headlines of the internet media and has stocked up the social media platforms.

Portraying the genres of melodrama, life, and romance the show has been directed by Oh Hyun Jong and written by Moon Jung Min. Both the position holders are well-known for their contribution to the South Korean entertainment industry. Therefore, the expectations are really high. The drama is also known with other names like “Just One Person”, “Han Saramman”, and “Only One Person”.

Moreover, fans out there are really excited to know everything about the upcoming episodes of the show. Here, we are going to talk about the same. So, without taking any more of your time let’s have a quick skim inside.

‘The One and Only’ Episode 1: When Is the Episode Premiering?

The One and Only Episode 1 is going to release its first episode on December 20, 2021, at 7:30 PM. So, mark your calendars are clean up your schedule for the day. Each new episode will be released on Monday and Tuesday every week. They will have a running time of 60 minutes each.

The jTBC drama series is going to have a total of 16 episodes and if the original release schedule is followed without any kind of delays, then the final episode will air on February 8, 2022. Though, if there are any delays in the episode release, we will keep you updated about the same.

Moreover, the show has become the talk of the internet in a very short period of time and with the release happening on 20th December the headlines are getting really busier.

ALSO READ: ‘Something In The Rain’: Plot, Cast, Review & Where to Watch

‘The One and Only’ Episode 1: Where to Watch?

The streaming platform for the show is Viki for everyone, both for the domestic and international audience. You will need a subscription plan for the same and you can choose it accordingly through the main website of the platform.

Other than that, the domestic audience of the show can also watch the episodes on the jTBC channel on their television network.

‘The One and Only’ Episode 1: Cast & Synopsis

The cast lineup of the show has attracted attention in thousands both domestically and globally. They are one of the well-known names of the South Korean Entertainment industry and are highly recognized for their fine and polished skills.

In the lead role of the show we have, Kim Kyung-nam as Min Woo-cheon, a man who is at rock bottom entangled in the murder case of Pyi In-sook. Ahn Eun-jin can be seen in the character of a terminally ill woman named Pyo In-sook who is really insensitive towards life and is always confused about her emotions. Park Soo-young is in the role of SNS influencer named Seong Mi-do diagnosed with a terminal illness. Last, there is Kang Ye-won in the character of a housewife named Kang Se-yeon who realizes the importance of stability after being diagnosed with a terminal illness.

The plot of the show has been really intriguing and attractive for everyone. The show is all set to narrate the story of three women who are diagnosed with a terminal illness. All of them stumble across each other in a hospice ward and start off on the wrong grounds. Though, with time they gradually develop a strong bond with each other and decide to kill one bad person before they die.

Will Schneizel Die in Code Geass? The Prince’s Unexpected End