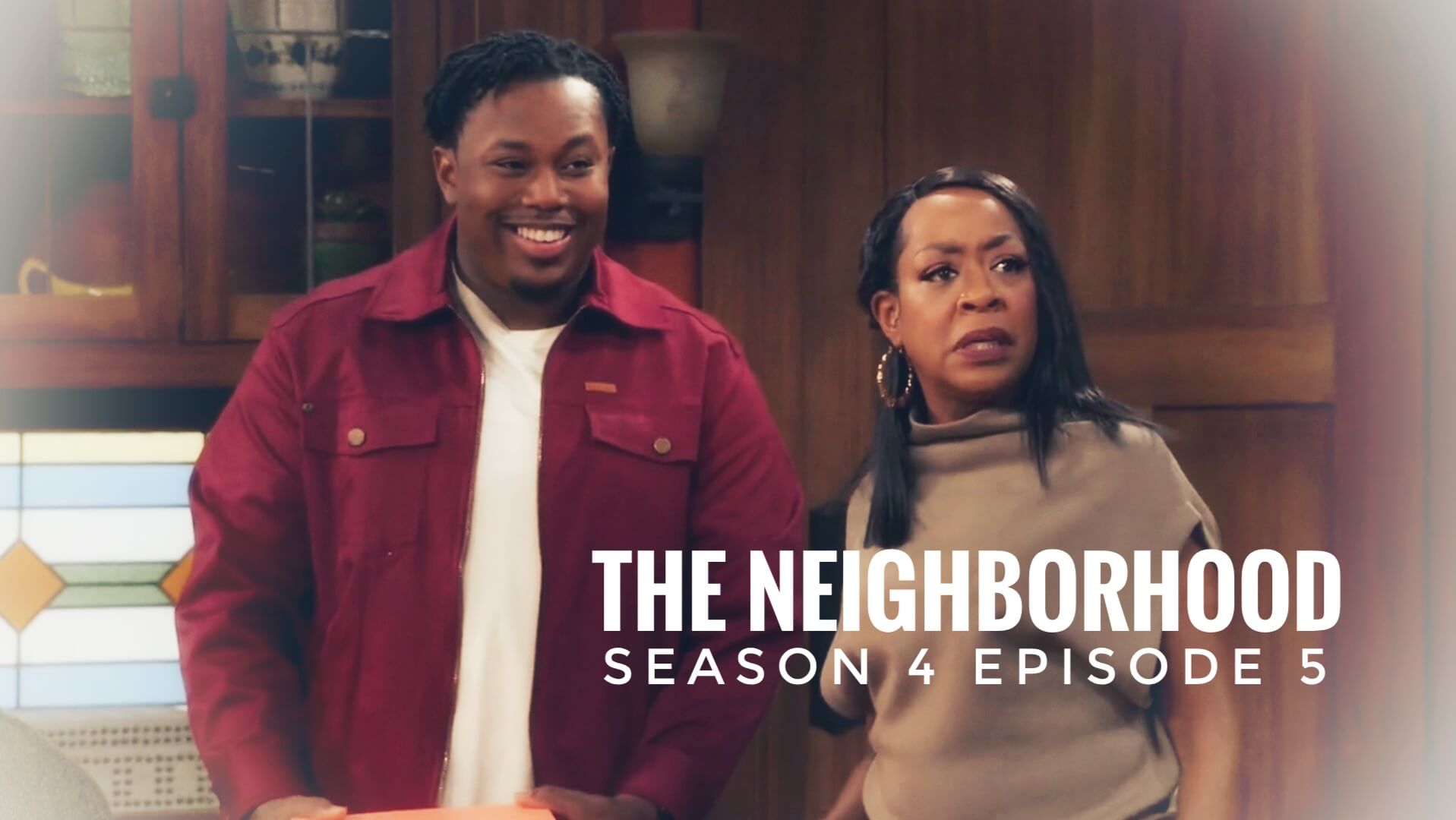 The Neighborhood airs on CBS every week on Mondays.

‘The Neighborhood’ season 4 episode 5 will follow Calvin and Tina embarking on a matchmaking pursuit for Marty. The episode will change the more somber tone from the previous episode to a fun one. There is no official promo for episode 5 just yet. However, the synopsis promises a lot of fun and laughs. The Neighborhood follows Calvin, an extremely friendly guy, and his family. The show is about what happens when Calvin moves his family to a neighborhood in LA. What Calvin finds upon moving to LA is that not everyone is appreciative of his extreme neighborliness. What’s more, is that the Neighborhood is predominantly white. The second family in focus is the Johnson family.

Dave Johnson, a good-natured, professional conflict negotiator, has moved to the same neighborhood with his wife and son. His wife Gemma got a job as a school principal in LA — the reason why they moved there from Michigan. Calvin is initially wary of the Johnsons and what their arrival might entail for the Neighborhood. Calvin’s wife, Tina, however, is very welcoming. So are the Butler family’s two sons. Marty, the younger one, thinks the Johnsons are a great addition to the Neighborhood. Meanwhile, the older one — Malcolm, thinks that Dave is finally someone who understands him. As Dave tries to fit into this Neighborhood, we see the two families go about their daily endeavors laughs aplenty. Let’s now delve more into what episode 5 of The Neighborhood season 4 will entail. Spoilers ahead! 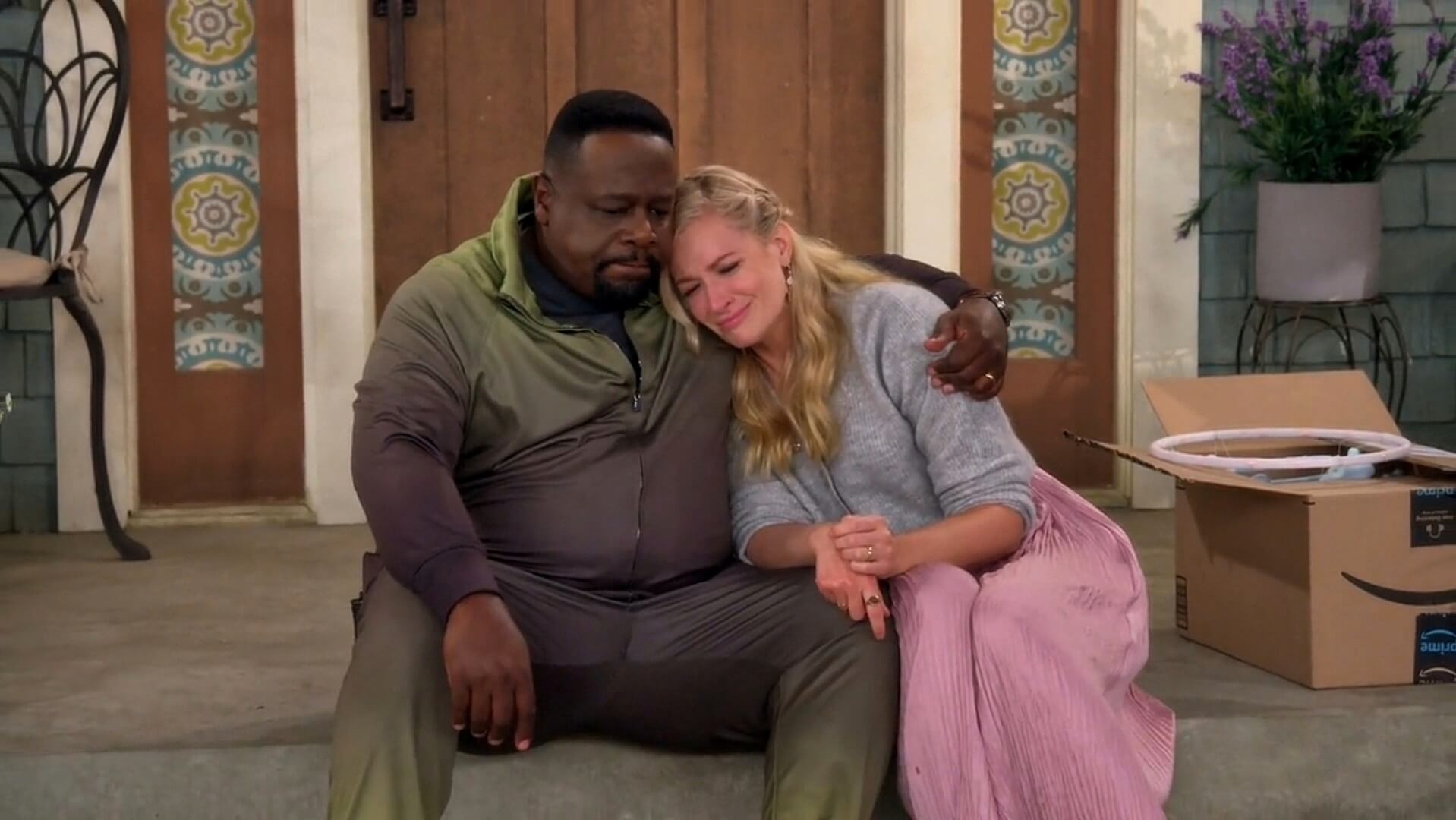 Calvin is consoling a grieving Gemma in episode 4 of The Neighborhood season 4.

Episode 5 of The Neighborhood season 4 is set to release on October 18, 2021, at 8/7 c, on CBS. New episodes of The Neighborhood air on CBS every week on Mondays. Victor Gonzalez has helmed episode 5 with a teleplay from Devanshi Patel. Season 5 premiered on the network on September 20, 2021. Although the total episode count is not out yet, we can expect the season to run for around 20 episodes.

Where to Watch The Neighborhood Online — Streaming Details

The Neighborhood airs on CBS as per its weekly schedule. The US viewers can enjoy new episodes of the sitcom TV show on CBS with a basic cable connection. It becomes available to stream online on CBS’s official website sometime after its original airing. In case you don’t have access to a cable connection or you simply want to stream it online, you can use live TV services such as Fubo TV, DirecTV, Sling TV, or YouTube TV. You can buy or rent individual episodes of the show on Amazon Prime Video as well. You can also stream The Neighborhood on Paramount+ with its premium plan that lets you access your local CBS channel.

What Happened Previously on The Neighborhood — Episode 4 Recap

Episode 4 of The Neighborhood was a rather heavy entry in the sitcom’s fifth season. The episode was replete with heart-tugging moments of loss and grief. However, the episode was also greatly touching in its heartwarming moments. Titled “Welcome to the Porch Pirate”, the episode dealt with Dave and Gemma after they faced a tragedy. Dave and Gemma had a miscarriage, leading the couple to bear a lot of grief and devastating loss. Dave and Gemma are the neighbors of the Butler family. A loving couple dealing with such a painful loss was certainly a highlight for the light-hearted sitcom.

However, The Neighborhood has never been one to shy away from the emotional moments. Episode 4 was replete with such heartfelt tearjerkers throughout its runtime. Being their neighbors, Calvin and Tina go to the couple’s house and offer them emotional support. Calvin and Tina do a great job lending the couple a shoulder to cry on. We also saw how great Calvin and Tina are at empathizing with the couple in huge distress. The reason for that, as we later learn, is that Calvin and Tina went through a difficult time that tested their own family as well. Their own struggles from the past made the Butler couple adept at being the perfect emotional support for the Johnsons. 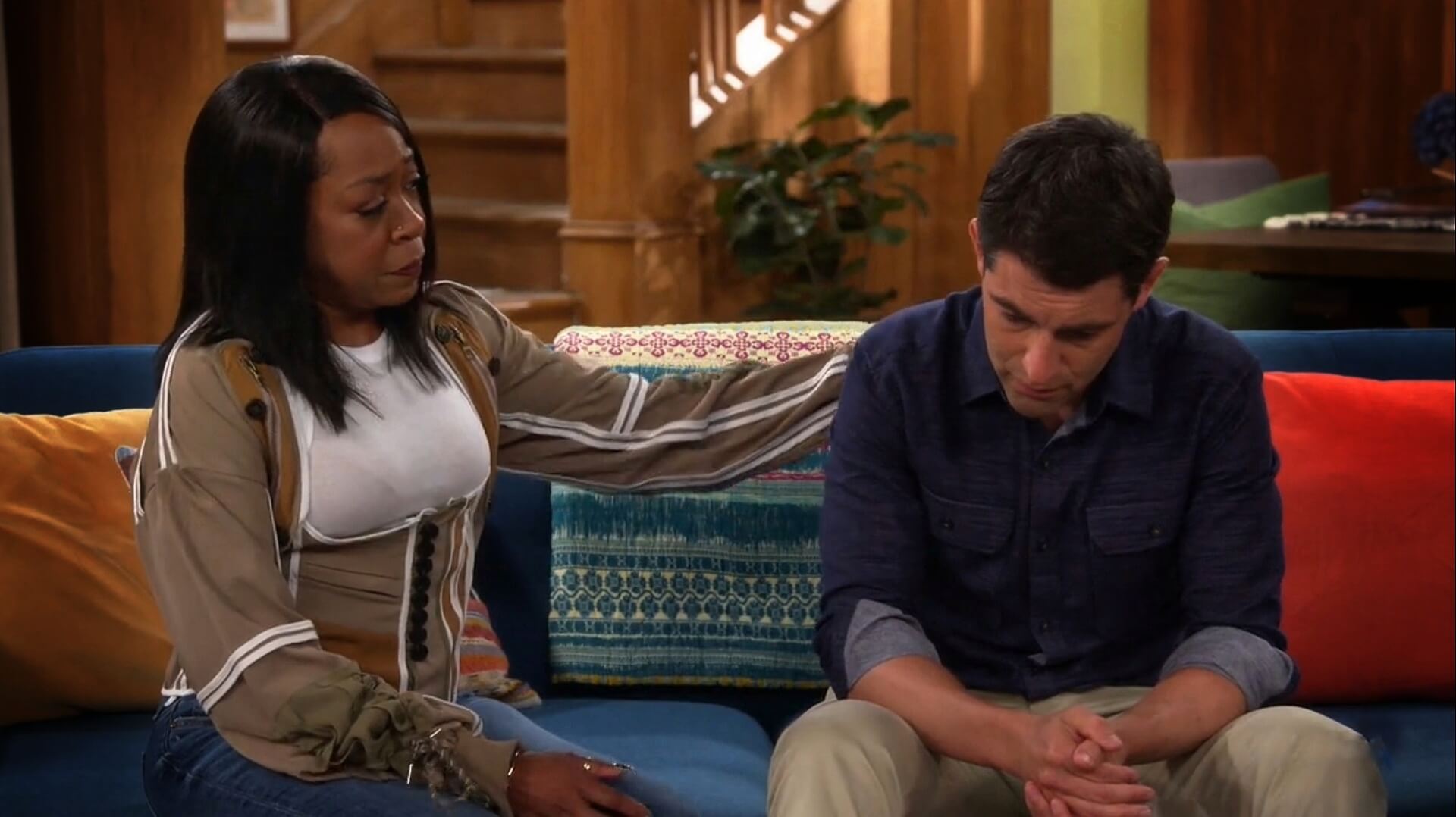 Episode 5 of The Neighborhood season 4 will see the show hopping back to the laughs after an emotional episode. The previous episode dealt with a great deal of tearjerkers. It was a great change of pace for the sitcom that’s not short on gags and laughs otherwise. The title for the upcoming episode is out, and it is “Welcome to Your Match”. As the title seems to suggest, the episode will see some matchmaking activities. This matchmaking concerns none other than Marty. The matchmakers are Calvin and Tina. Well, not quite.

The official synopsis for episode 5 states that the couple will be enlisting a professional matchmaker for Marty. However, like the neighborly and involved people they are, they will get too caught up in the process. This will surely lead to some typical Butler family shenanigans, with a good dose of laughs. It will be interesting to watch how Calvin and Tina facilitate or sabotage the professional matchmaking process. Meanwhile, the episode also focuses on Dave and Gemma. The couple is going through a difficult time following the miscarriage. Episode 5 of The Neighborhood season 4 will see the couple going on an unexpected date night. Apparently, the episode will see them adopt “new roles” during the date night. That sounds like a fun episode!

Also Read: Where to Watch The Neighborhood Season 4 Online?

In this article:CBS, release date, The Neighborhood