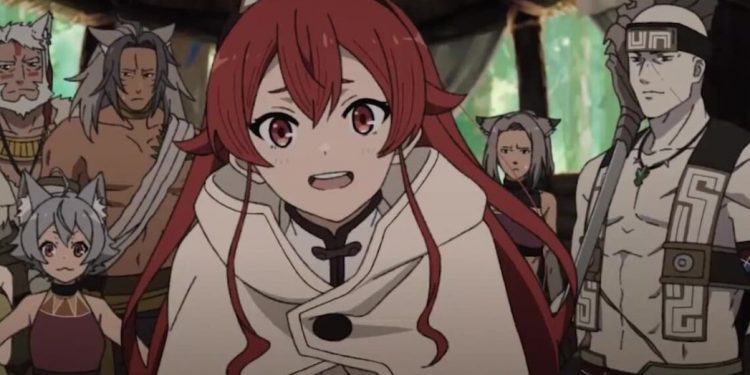 Jobless Reincarnation-Part 2 Episode 12 reveals Eris’s family reunion. Eris and Ruijerd had a sparring match that ended in a draw and then traveled to the snowy mountains where Dragon God Orsted is. Dragon God Orsted beat Ruijerd and Rudy to a pulp, but he decided to spare them. Rudy wonders why he didn’t kill them. In the recent episode of Jobless Reincarnation Part 2, Rudy had flashbacks that confused him and saw blood spilling from a vase. He saw his family sitting around, and Paul was happy with two new kids.

The whole family reunited, but Rudy couldn’t hear what they said. Eris tries to talk with Rudy, who is in shock. The blood begins to swallow the whole house. But when Rudy was about to scream, everything turned back to normal. He finds himself alone in the living room with tables filled with food. But he also recalls when he was in the human world inside a messed-up room. Rudy opens the window in his adult form and sees the family left without him. He told them to wait for him, but no one could hear him.

A mysterious hand appeared behind him and took his heart. Rudy checked his chest and found that it had a hole. After that attack, Dragon God Orsted appears in the dark. Rudy wakes up in the morning in his young form and realizes that the dream is bothering him. Eris was sleeping near him. He wonders if Dragon God is her to ruin his life. Rudy got up and noticed that Ruijerd was not sleeping. Ruijerd asks him if he is okay since he saw him panicking. Rudy says he is okay, but he notices that Ruijerd is sad.

Rudy sits on the other side, wondering what is happening, and thinks about Man-God. He wonders what Man-God might be thinking or if he has other plans for him since he is the one who brought him into that world. Rudy realizes what he can say to Ruijerd since they were both beaten. He questions himself about the Man-God and the Dragon God, but he knows that one will rule between the two. Ruijerd thinks it is hard to believe the Seven Gods of ancient times. 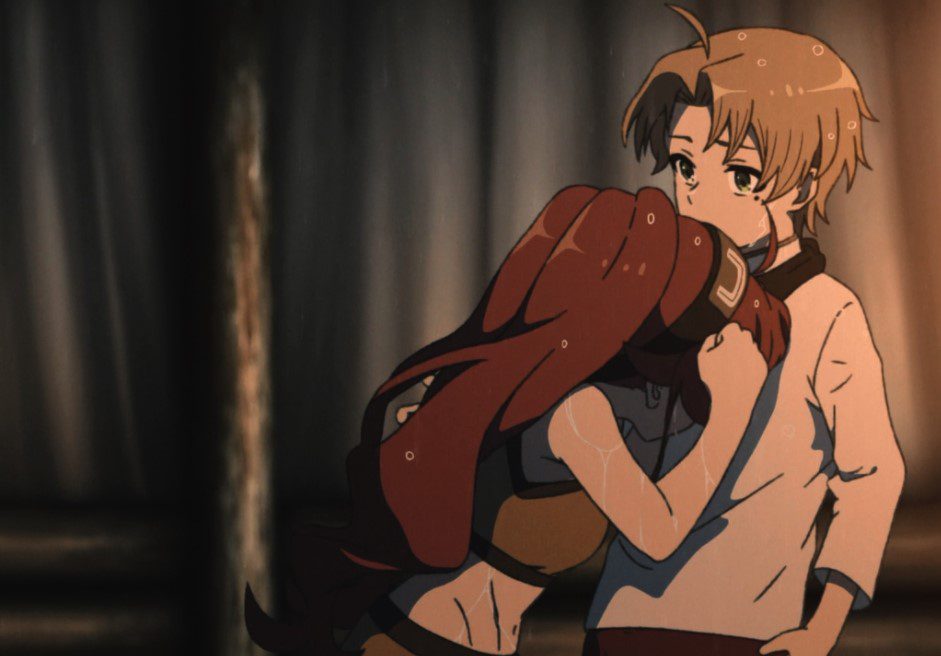 Rudy reveals that the Man-God told him that a curse causes Superd’s poor reputation. He also talked about Laplace that forged his spears with his curse and pierced them on the Superd. Ruijerd was surprised, but he thought Rudy was wasting his time. Rudy told Ruijerd that Man-God said the curse has disappeared since that happened a long time ago. Ruijerd thought that the curse still existed. But Rudy says that Ruijerd helped himself by shaving his head. Ruijerd asks him if he is trued, and Rudy agrees. Eris almost woke up since Ruijerd was using a loud tone.

Rudy reveals that Man-God told him that Ruijerd could clear his name by working hard. Ruijerd accepted that and decided that he would pull his socks up. Rudy decided to sleep again and left Ruijerd wondering what Man-God revealed. The trio continues their journey in the morning, and Eris notices that Rudy is releasing fire through his hands. She asks him, and he reveals that he is copying the speel that Dragon God Orsted used. Ruijerd also thinks about his past and can not say goodbye to a friend on their way.

Jobless Reincarnation-Part 2 Episode 12 will be released on 19 December 2021. Rudy, Ruijerd, and Eris reunite with Ghislaine and Eris’s family. Eris was glad that everyone was safe. Eris’s family told Rudy to wait outside since they wanted to talk with Eris. Later in the evening, Eris decides that she wants to have kids with Rudy, But Rudy realizes they promised that they would do it when they were 15. Eris made Rudy do what she wanted, and in the morning, he found that Eris had left a letter. Let’s look at Jobless-Reincarnation Part 2 Episode 12 details.

Where is ‘A Million Little Things’ Filmed? All About The Locations