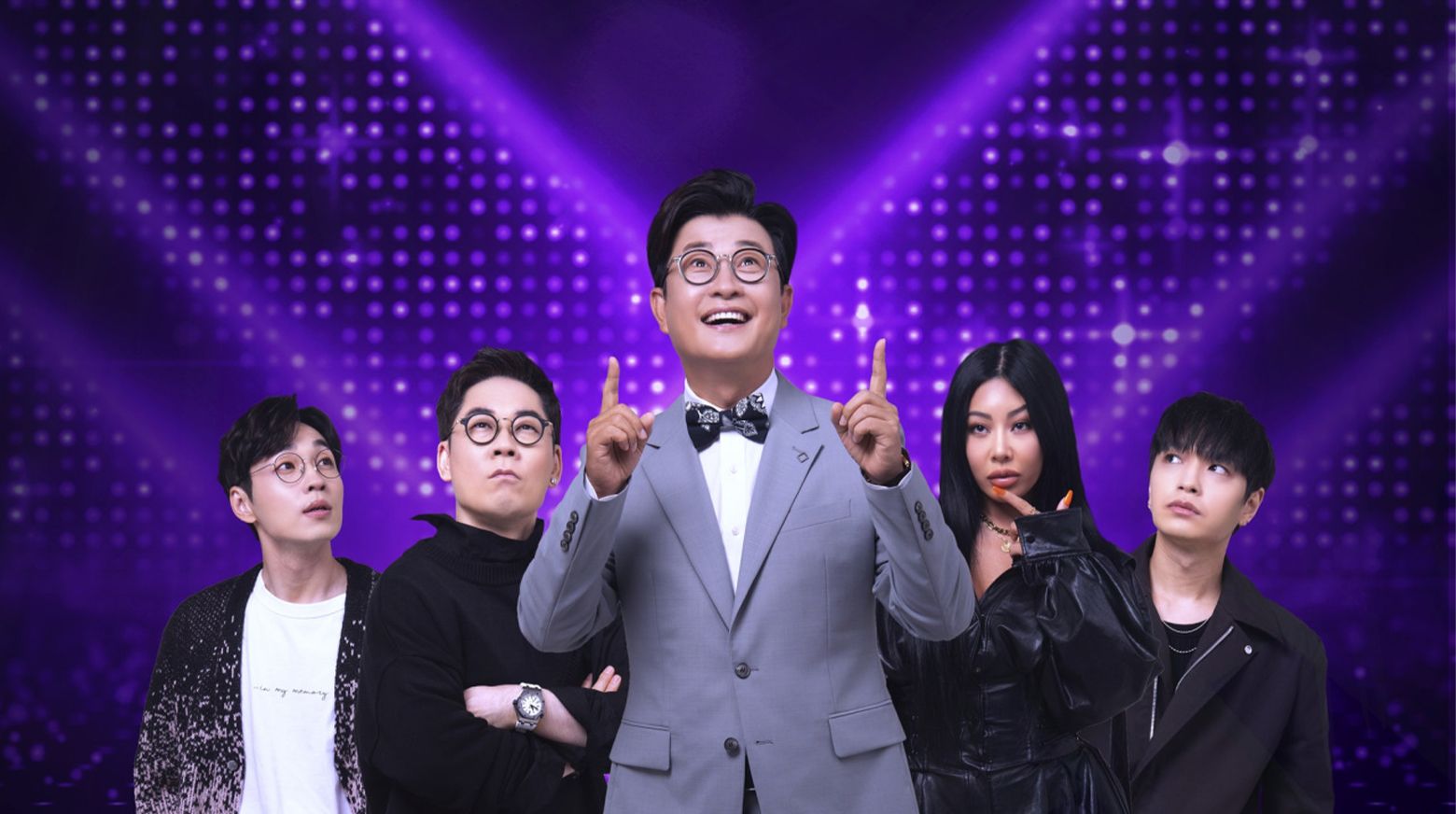 Celebrating time with family on Chuseok; MBC came out with another reality show over the last week. They are introducing “The Masked Talent 2021”, a spin-off show from the “The King of Masked Singer” series by the network. Taking out the celebrities from the show and calling out the people who know that they have the talent to make it to the stage. The mini-reality series calls out the amazing singers from all over South Korea dressed up as their favorite characters. And they are to sing their hearts out on the stage, to win the show. Judges by some of the amazing talents of South Korea.

With the original host of the whole “Masked Singer” series, Kim Sung Joo, taking the stage. The judge’s panel for “The Masked Talent 2021” includes some of the greatest names from the “Masked Series”. Being one of the greatest alumni of “The King of Masked Singer,” Lee Seok Hoon made his way onto the stage performing “Reasons to Love You”. He has won the title of the “mask king” over six times. Following him, P Nation star Jessie hijacks the stage with her single “Nunu Nana”. Then comes Simon Dominic, one of the most loved rappers in the industry, performing his single “Dax 4”. Last but not least, comes Kim Yeon Woo, the “mask deity” himself, performing “still beautiful”. 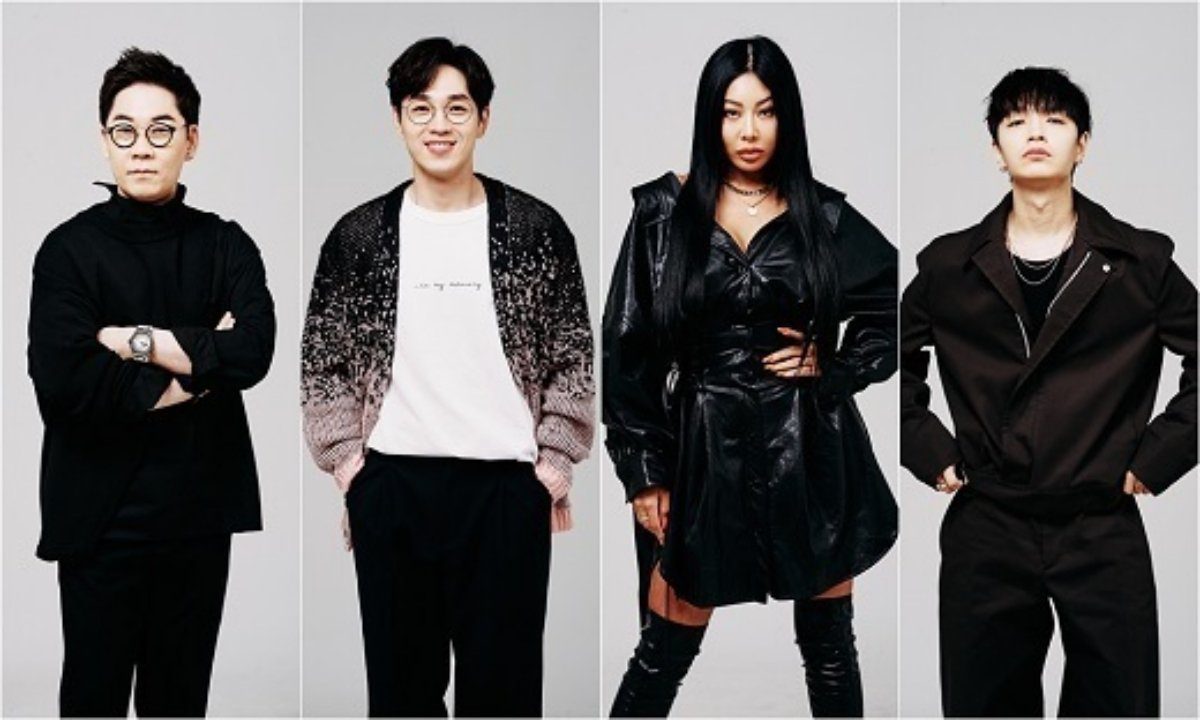 The Masked Talent 2021: The Judges Panel.

Get To Know The Contestants of The Masked Talent 2021

Here are the “Top 12” masked talents who made it through the online auditions to the preliminary round!!

A romantic person who can’t stand against injustice. Loves flowers and love songs. People even cry listening to their songs. In their first round, they went on to perform the song, revealing their sweet and heavenly voice. Leaving the judges shocked and making guesses about them being a professional singer.

Fried chicken is full of charms that everyone can easily blend in with them. They are a total insider. Before taking the stage, they claimed that listening to them would make people fall in love with them. Performing Adele’s “When We Were Young,” they made the judge’s eyes go wide. Hitting the high notes in English with a husky and sentimental voice.

A butterfly that flies in the sky dreaming of big dreams and is very confident about its hands. Music is their only vitamin and lets their soul submerge in it. They also say that they are voice like a butterfly and sting like a bee. Taking on the stage, the live audience is filled with joy and can be seen dancing. Performing “Start Over” by Gaho, the OST from the Itaewon class.

A noble character, and old treasure from the Goryeo Dynasty. The old Goryeo Celadon knows how to dance and take care of babies. Taking up the stage, they revealed their soft voice that sounded way too precious to be heard. Jessie even complimented them that they sounded like “As One”.

Always excited, they found their singing sac a few days ago. And now they believe that they can do anything. They love to sing so much that they came to show after quitting their job. Taking the stage, the performers performed “The Road of Gale,” leaving the judges with shocked faces with magical voice. The Goblin’s voice got everybody vibing and ready to do something they were afraid to do.

Smells nice, and the best way to start the day, straight from Busan. Happy or sad, they always stay close to music. Looking forward to their performance with a bit of nervousness, the coffee bean takes the stage to perform “Going Round and Round”. With a voice so strong that it gets you out of bed every day.

Sergeant Army Soup is here to report to the Masked Talent. Ready to teach everyone a lesson with their hot and spicy charms. Waiting for the day to eat up the competition. Steel Army Soup takes up the stage by performing “I Re:member” with a husky but soft voice. It is filled with remorse and care at the same time, with the perfect high notes. 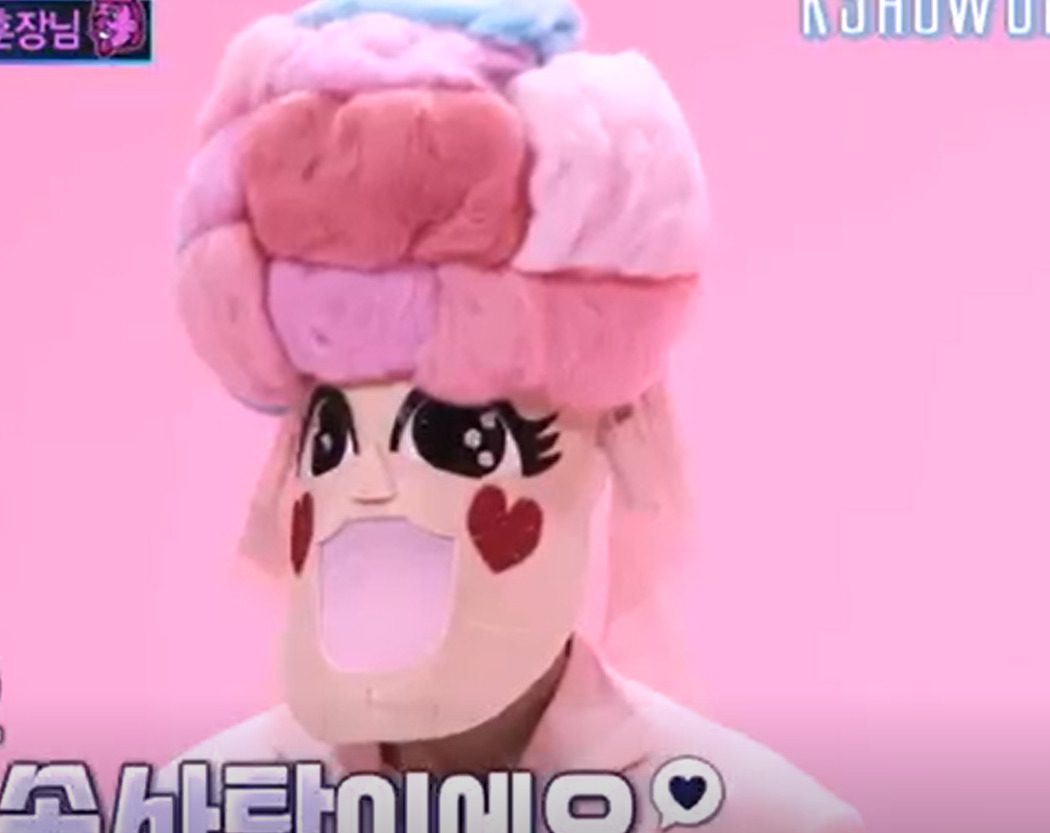 The Wave is here taking the stage with their charms. The gentle, overwhelming, and strong charms are coming to win hearts with their performance. Performing “Different Type of X” by Jessie on the stage, Waves got everybody dancing to the beats.

Helping her stepmother and step-sisters, she got the invitation to attend the stage of the Masked Talent. Leaving for the stage, she will become the star of the night. Performing “One-Sided Love,” as she takes the stage, she reveals her soft and heartwarming voice. Bringing the judges close to crying.

Cotton Candy In My Ears

Filled with singing skills, sentiment, charms, and good looks, the cotton candy is a full package. They can get scared easily but can’t wait to get on stage. Getting up on stage and performing with their sweet voice, they sing “The Road”, taking everybody with smiles and love. With the song coming to an end, the judges and the live audience want to know how Cotton Candy feels in their heart.

They love to hang out and are now on their way to success. They love to dance and are a great person. And would love to look out for juniors and train them. Taking the stage of the Masked Talent, Penguin goes on the perform “Swing Baby”. Revealing their voice full of the Jazz tones and playing with the rhythm. The Penguin got everybody to dance in their own homes as they tap-danced themselves into the hearts of the viewers. 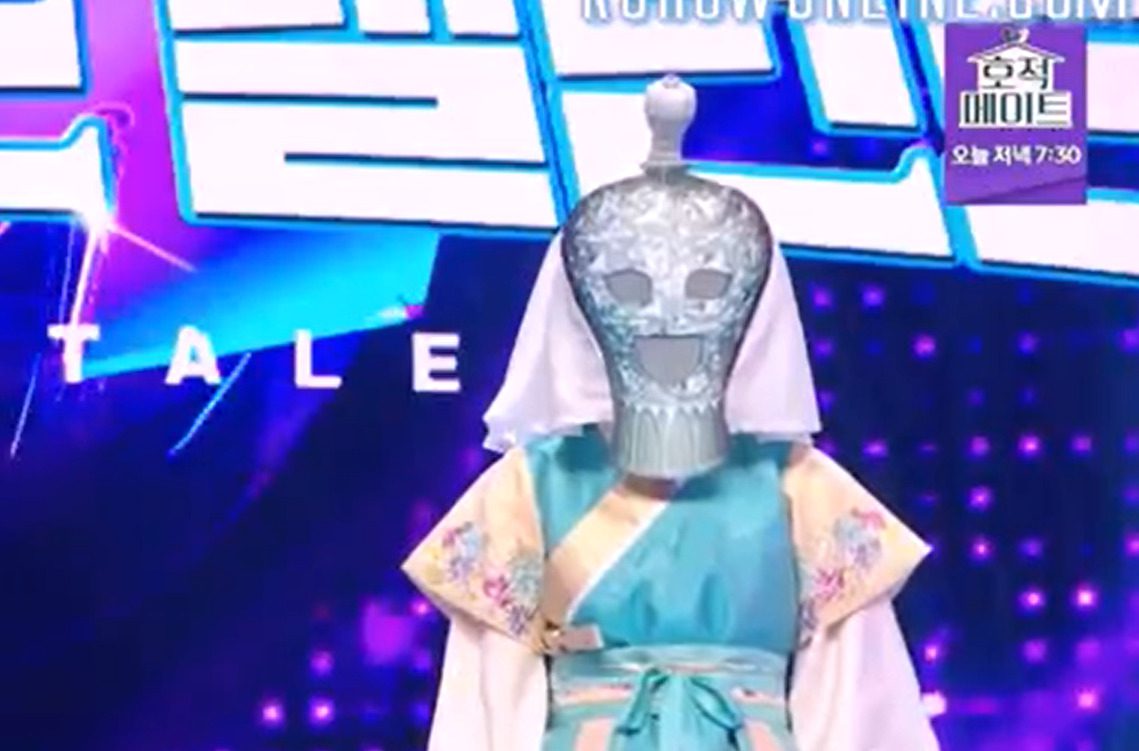 No more or less, the school teacher from the village can teach anything. They have put so much effort into training their students to be healthy. Planning to take the stage on the Masked Talent, they just hope that their throat stays alright. Taking the stage, the village teacher performs “I Want To Fall In Love”. Making the judges smile, the teacher’s voice sounds like autumn and feels smooth, like honey glides from the surface.

Unfortunately, there is no release date for “The Masked Talent” Episode 3. As the reality show has already come to an end, episode 2 of The Masked Talent is available on the MBC website. By the end of the second episode, the winner of the show was announced. Along with the judgment of the judges, the winner was decided through the “metaverse,” where 95 people were connected to the show through live streaming. They were responsible for the votes, holding the power of who would win the show. The twelve contestants went through three rounds of the show. The first round is the one-on-one solo round. The winners move to the second round, that is, the duet round. In comparison, the contestant who loses reveals their identity. The winners of the second round go on to compete in the final round.

What To Know Before Watching The Masked Talent 2021 Finale?

The first contestants to compete in the one-on-one solo match were “Prince Song Over Flowers” and “Fried Chicken For Dinner”. It was won by “Prince Song Over Flowers” with 54% of votes on their side. While “Fried Chicken” revealed their identity as a classical music major. The second match was between “Big Blue Butterfly” and “Thousand Year Goryeo Celadon”. The match was won by “Thousand Year Goryeo Celadon,” winning over 71% of votes. While “Big Blue Butterfly” revealed their identity, taking their mask off. They have been playing the keyboard in the band of the original show “The King of The Mask Singer”.  The third face-off happened between “Clink Clank Goblin” and “Immature Coffee Bean”. The Goblin ended up winning the match with over 68% of the votes cast. Coffee bean revealed their identity as coffee roaster from Busan. 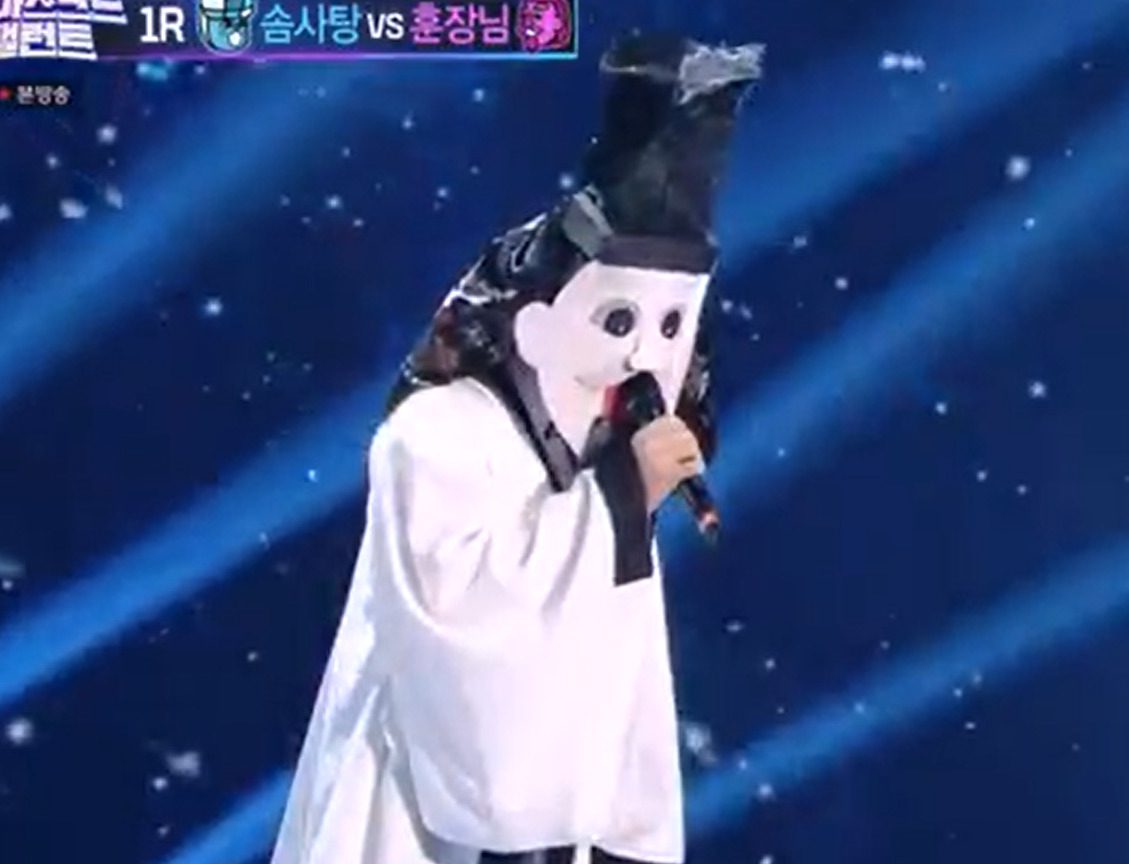 The fourth match was between “Steel Army Soup” and “Midnight Cinderella”. The winner of the match being “Midnight Cinderella,” while “Army Soup” reveals his identity. A real-life sergeant who served in the military for eight years. And currently helps his parents in farming. The fifth match was “Cotton Candy In My Ears” and “Village School Teacher Who Ate Honey”. With “Village School Teacher” winning the match, Cotton Candy reveals their identity as an introverted college student. The last match was between “Penguin” and “Wave,” with Penguin winning the match. And Waves went on to reveal their identity as dancer and singer, who was always judged on the basis of her looks.