The Heroic Legend of Arslan – Anime Adaptation: Everything to Know

Will there be another Season of Arslan Senki? 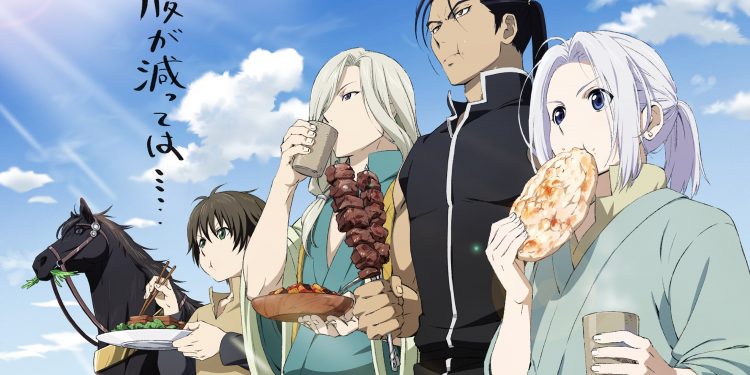 The Heroic Legend Of Arslan

One of the selling points of anime is the sheer amount of diversity it offers to its audience. Any newcomer can notice that there are animations on various themes like sports, fantasy, horror, romance, sci-fi, and countless more. Therefore, the industry also ventures out into adapting various historical instances (usually with liberties taken in storytelling). One such example is The Heroic Legend of Arslan. This fantasy novel takes its inspirations from various sources in history, centered around the Persian region, and draws parallels with certain historical figures like Cyrus the Great. The protagonist’s name, Arslan, is also loosely derived from a Persian epic titled Amir Arsalan.

The Heroic Legend of Arslan is majorly divided into two parts – focusing on different struggles faced by the main character – Arslan. Set in the kingdom of Pars, Arslan, the crown prince, barely escapes alive after his father falls victim to a duplicitous plan arranged by his retainers. So, the first part essentially talks about how Arslan, along with his allies, amasses a huge army in order to take back what was his in the first place. The second part dwells into Arslan’s life as the King of Pars. It elaborates on the responsibilities of the King where he has to defend his country from foreign invasion as well as helping his fellow people. To see Arslan in action, you can check out the 2015 adaptation on Hulu or the manga (illustrated by Hiromu Arakawa) and other novel volumes at Amazon.

As the main fantasy novel series ran for a period of 31 years, there is bound to be many different forms of media that display Arslan’s story.

Even anime fans can enjoy seeing Arslan’s campaign in the audio-visual form. The Heroic Legend of Arslan had 2 OVAs in the 20th Century, where the first ran from 1991-1992 and the second, from 1993-1995. The first OVA contains two 1-hour long episodes (first and second episodes) as they were released as movies. The second OVA is a continuation of the events of the first one. The OVAs were also dubbed and published in the UK and US, but due to translational inconsistencies, the last two episodes took a long time to come to the US.

The most recent anime adaptation titled Arslan Senki has 2 seasons, where the first season ran in 2015 and the second one in the following year. This animation derives its artwork from Hiromu Arakawa’s work as fans will notice the similarity in looks between Arslan and Fullmetal Alchemist’s protagonist, Edward Elric. The anime also features a star-studded cast, including voice actors like Yuuki Kaji (other roles include Todoroki Shoto, Meliodas, and Eren Yeager), Yuusuke Kobayashi (Ishigami Senku, Arthur Boyle, and Natsuki Subaru), and Natsuki Hanae (Kamado Tanjiro, Kaneki Ken and Vanitas).

Will there be The Heroic Legend Of Arslan Season 3?

The conclusion of Arslan Senki (2015) covered the events till the battle for the Keep of Saint Emmanuel. So, there is obviously a huge chunk of the plot remaining, which has already been published, providing an opportunity for producers to assemble together for another season.

One aspect that fans usually miss out on is the kind of reception that a show has received. In the end, the industry is a business, and producers consider the popularity of the show before continuing. They determine a show’s worth based on the audience’s reception and decide upon a new season. Luckily, Arslan Senki fairs well in that regard, receiving a score of 7.6/10 on both IMDb and MyAnimeList.

Therefore, there is scope for the production of a new season, but it all depends upon the decisions of producers. As of now, there is no official news regarding the arrival of a new season or even rumors about it. The last episode aired in 2016, which makes it kind of old news in these rapid times.

Also Read: What happened in Yami Sukehiro’s Past? Why did he form the Black Bulls?

Will There Be an Apotheosis Anime Adaptation?