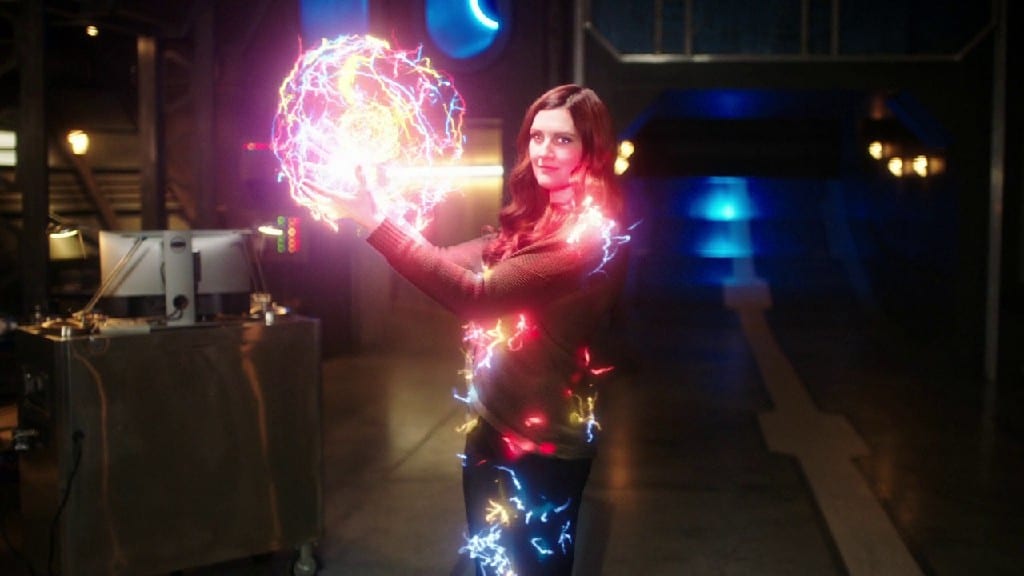 A Still From The Flash S07E08 Featuring Speed Force Nora, Credits: The CW

The ninth episode of The Flash Season 7 is moving on from Frost and Kramer’s battle after all. Now looking towards a heartbreaking betrayal. Recently we saw the trial of Frost vs. The People coming to life. The one which has been building up for a while in the season. Thanks to Kristen Krammer constantly trying to put Frost down for her crimes. The episode saw Frost almost being sentenced to use the meta-cure, but instead, she provided her statements and asked for a prison statement. One way or another the court agreed and Kramer’s plan didn’t go according to her, but she is not going down without a fight.

Apart from The Frost’s chapter closing for a while, Barry went on to face a heartbreaking betrayal from Speed Force Nora. While there were cues but it became real when she attacked the suspected strength force, Alexa, In turn asking Barry to choose sides. Where is this leading to with friends battling each other now? What does Nora plan? Let’s take a look at everything that happened previously on the show and what we can expect from the upcoming The Flash Season 7 Episode 9

Recap For The Flash Season 7

Previously on The Flash Season 7, the episode began with Kristen Krammer at the Advanced Research Group. Then later on moving to the arrival of Strength Force in the city. Barry unwillingly leaves Frost and Cecile up against the people in court. Cecile tries to lower the sentence of Frost for her past crimes stating she is changed. But instead, the court decides Frost will take the meta-cure and thus end her superpowers all at once. As of now, the team Flash knows it’s Kramer who is behind this from day one. 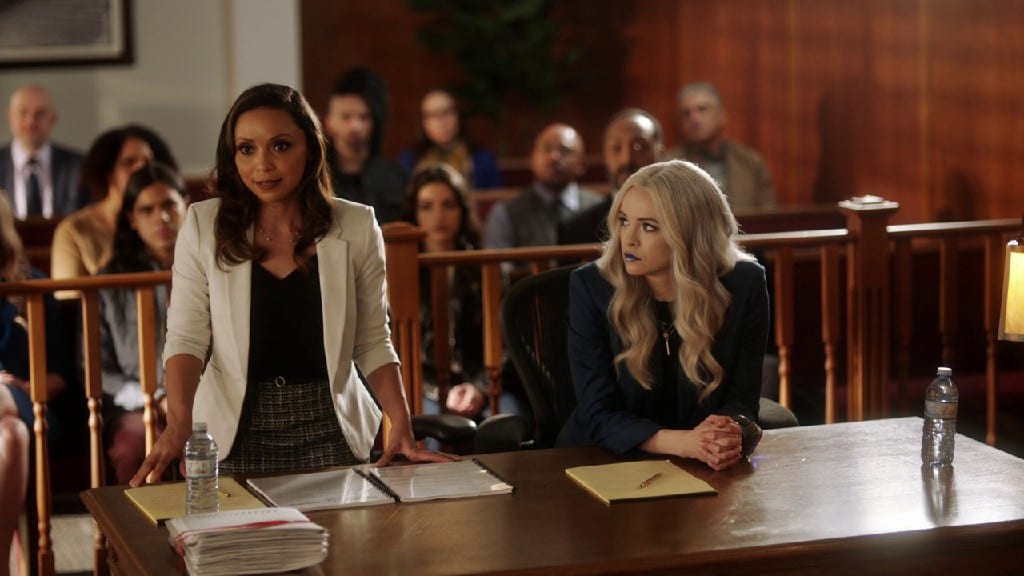 A Still From The Flash S07E08 Featuring Cecile and Frost

Despite Frost’s denial, the team decides to go sneaky to save her. Looking for strength force on the other side, Barry and Speed Force Nora comes across social worker Alexa Rivera. On the other side, Caitlin, Cisco, and Allegra get to CCPD to destroy the meta-cure using a Cisco device. Only to come across Krammer at a bad time. Allegra uses her powers and creates a power surge, and Caitilin uses the timing to hook the device on the storage door. Thus leading to the destruction of cure.

Barry and Speed Force Nora try to convince Alexa about the removal of strength force. Only her to deny. In court, Joe delivers a heartfelt speech about Frost. Just when things are about to settle down, Kramer arrives stating someone sabotaged the cure. Caitlin admits doing it, leading the case to fall down again. Frost meets her in private to scold her. That’s when Caitilin’s mom texts her stating the cure won’t kill Frost but will only make her human. Frost still refuses to state the government goes all out if metahumans don’t do things according to them. 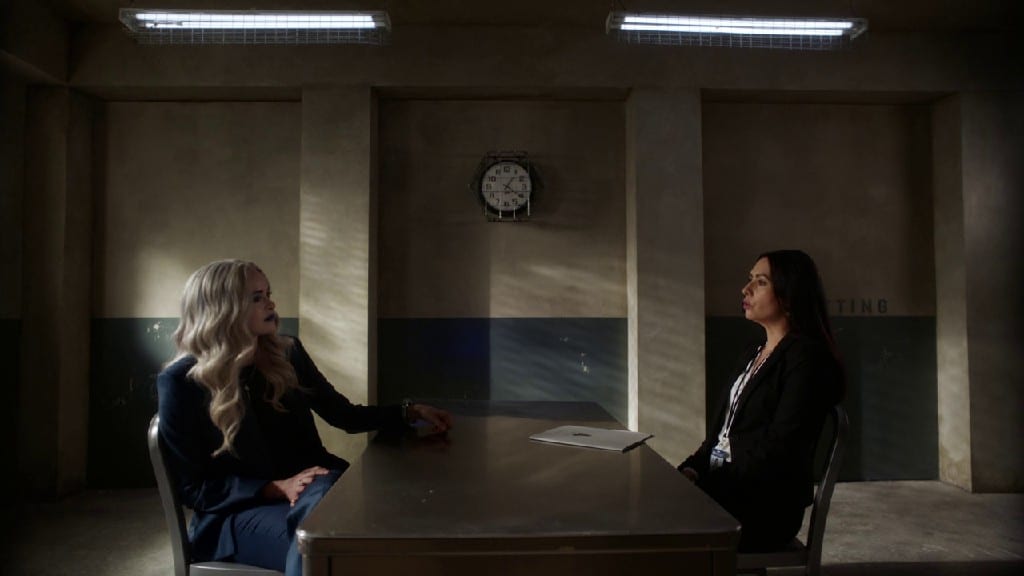 A Still From The Flash S07E08 Featuring Frost and Krammer

Barry manages to convince Alexa, who reveals she has been having blackouts. Frost confronts Kramer for gunning her. She reveals her plan to take out all meta-humans due to the betrayal she faced in past. Frost and Caitlin reconcile, and she reveals to her what Kramer plans. In the court, Frost gets a chance to speak before the decision and pleads for a prison statement without parole, to which the judge agrees.

On the other hand, Barry tries to help Alexa until Nora attacks. She warns Alexa might kill them if she wants, but Barry denies it. This eventually leads to a confrontation between Barry, Iris, and Nora. This, leading to another attack on Alexa who is now dead, and a full-powered Nora asking Barry to choose aside.

The Flash Season 7 Episode 9 is titled “Timeless”. According to the official synopsis of the episode, we will continue the show with events of Speed Force Nora’s betrayal. The heartbreaking turns ask for help now. So Barry will be seen turning to Timeless Wells while Iris leads team citizens for answers. On the other, Cisco’s biggest fear is coming to life. Plus he doesn’t seem to agree with killing as we can see in the promo above.