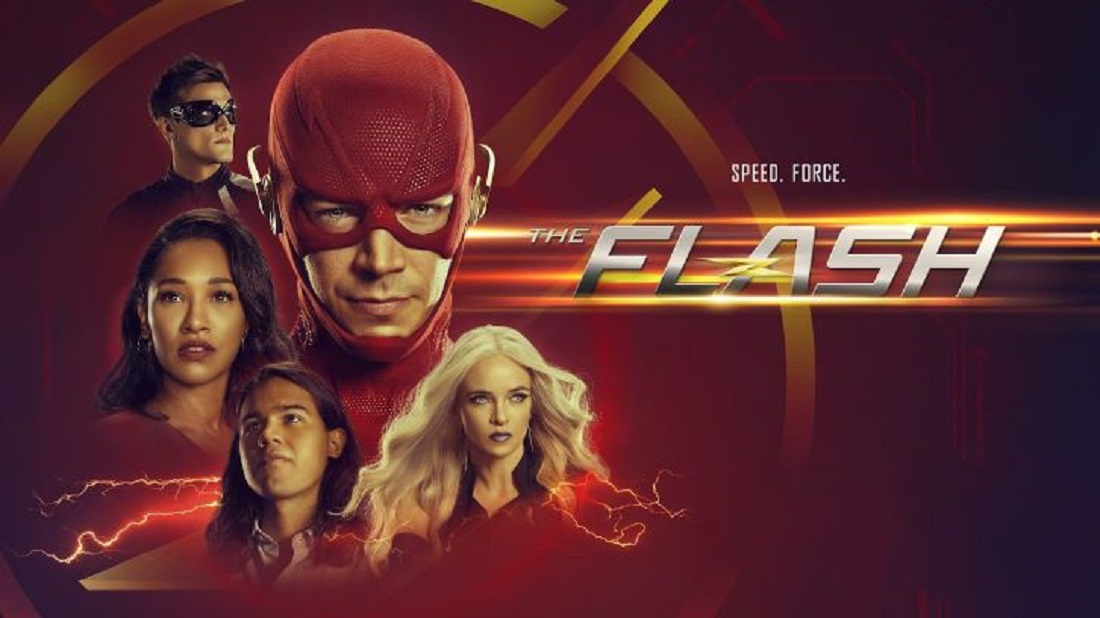 'The Flash' Season 7 Episode 6 is coming out soon and here's all you need to know about it.

‘The Flash,’ the American superhero TV show, has returned with its seventh season and will soon be airing its 6th episode. Developed by Andrew Kreisberg, Geoff Johns, and Greg Berlanti, the show aired its pilot episode on 7th October 2014. The audience immediately fell in love with it, and the critics also highly praised it. Consequently, the series has now built a loyal fanbase for itself.

Everything you need to know about ‘The Flash’:

The Flash is an American superhero series developed by Andrew Kreisberg, Geoff Johns, and Greg Berlanti. It is based on the DC Comics character of Barry Allen (a.k.a The Flash). The show is based on the genre of action, superhero, and drama. The storyline is set in the universe of Arrowverse along with the other shows. The series has released 138 episodes over the course of 7 seasons, with the seventh season currently running. Warner Bros. Television, Berlanti Productions, Bonanza Productions, and DC Entertainment are the production companies behind it, with Warner Bros. Television Distribution acting as the sole distributor. Now, let us see the main cast for ‘The Flash’ Season 7. It consists of some really versatile and talented artists. 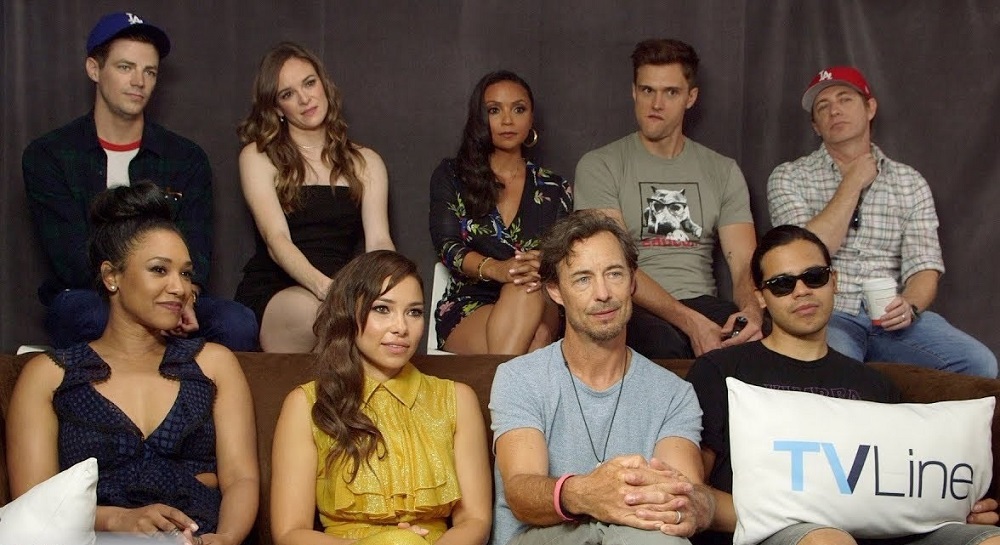 A still of the entire main cast for ‘The Flash’ Season 7.

Grant Gustin as Barry Allen / The Flash: Grant Gustin is an American actor and singer. He is popular for his works from “Krystal,” “Glee,” and “Affluenza.”

Candice Patton as Iris West-Allen: Candice Patton is an American actress who is best known for her works in “The Young and the Restless,” “The Guest,” and “The Game.”

Danielle Panabaker as Caitlin Snow/ Killer Frost: Danielle Panabaker is an American actress who started her acting career as a child artist. Some of her best works include “Sky High,” “Stuck in the Suburbs,” “Read It and Weep,” and “Shark.”

Carlos Valdes as Mecha-Vibe/Cisco Ramon: Carlos Valdes is a Colombian-American actor, dancer, and singer. He is very well known for his works from “Jersey Boys,” “Wayward Guide for the Untrained Eye,” and “Freedom Fighters: The Ray.”

Danielle Nicolet as Cecile Horton: Danielle Nicolet is an American actress who is popular for being a part of movies and shows like “Born Again Virgin,” “Acrimony,” and “3rd Rock from the Sun”.

Efrat Dor as Eva McCulloch and Mirror Monarch: Efrat Dor is an Israeli actress who is popular for playing the role of Magdalena Gross in the movie “The Zookeeper’s Wife.” Some of her best works include “Sneaky Pete,” “Holy Lands,” “Asfur,” and “Greenhouse Academy.”

Tom Cavanagh as Nash Wells/Dr. Harrison Wells: Tom Cavanagh is a Canadian actor who is popular for his works in series and films like “Ed,” “Gray Matters,” and “Love Monkey.”

Jesse L. Martin as Joe West: Jesse L. Martin is an American actor and singer. Some of his best works include “Joyful Noise,” “Law & Order,” and “413 Hope St.”. 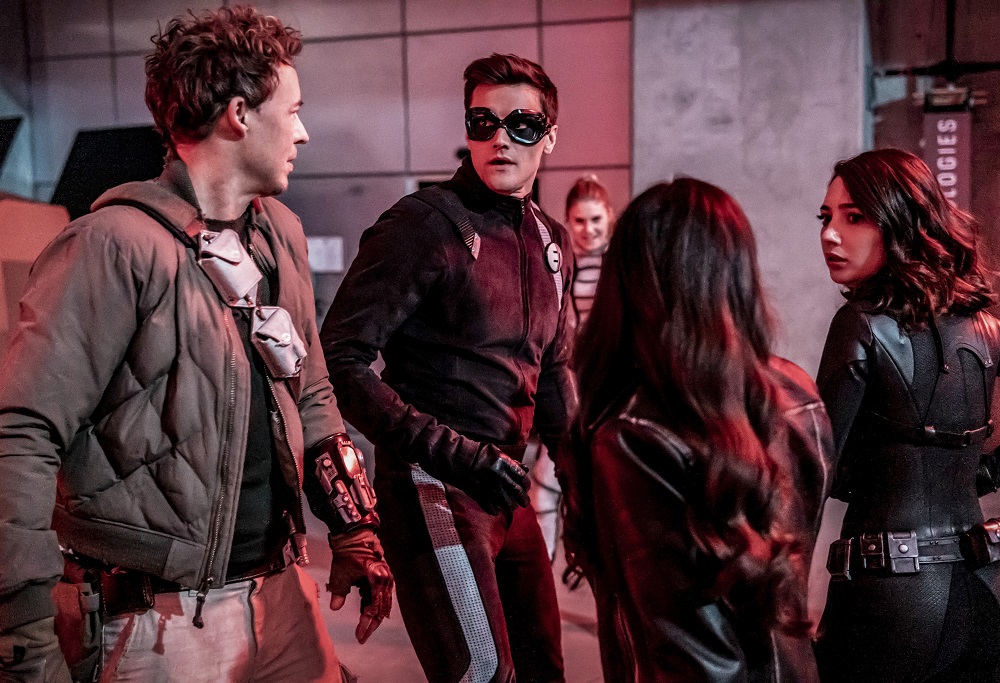 A still from the previous episode, i.e., ‘The Flash’ Season 7 Episode 5.

The title for the 6th episode of ‘The Flash’ Season 7 is “The One with the Nineties.” In the upcoming episode, you will get to see Cisco and Chester travel back in time only to be repeating the same day over and over again after getting stuck in 1998. It is quite similar to the movie ‘Groundhog Day. However, they do have a way to return home, but they will need a way to get into Chester’s childhood home. All that Chester needs to do is visit, but he will refuse to do so. Meanwhile, you will see Iris trying to forge a connection with the speed force. Consequently, she might go on another solo adventure just like her trip to the Mirror-verse. The CW has even released a trailer for Episode 6 of ‘The Flash’ Season 7 on their official YouTube channel. It has already crossed 97k views, and you can watch it below.

The Flash Season 7 Episode 6 will release on 6th April 2021, i.e., on Tuesday at 8 PM ET. You can tune in to The CW channel at the time of the broadcast mentioned above to watch the episode. Moreover, if you miss out on the episode due to some reason, you can also stream it anytime on the CW or its app’s official website. Apart from all this, you can also buy or rent the episode a day after its broadcast on iTunes, Amazon Prime, Google Play, Vudu, and Microsoft Store. So, brace yourselves as your favorite superhero drama will be returning this week with yet another interesting episode to entertain you.