From The Flash S07E14 Featuring Barry

The Flash Season 7 Episode 15 teases a war coming like an army of Godspeeds is making their presence felt. Well, The Flash was settling down a little for our titular hero. He was out there trying to have that family Superman And Lois are having right now. So he took a break from the work to do something similar with Iris. This leaves Chester alone at STAR labs. But the havoc wasn’t going to stop anytime soon. Why? Because Ultraviolet made her presence felt again. So did Allegra, who was hellbent on getting her cousin back this time, even if it meant to go all out. Even Sue joined the party.

As lighthearted and emotional The Flash went, so did many revelations that came forward. For example, we realized the deal Ultraviolet made with Dr. Olsen. Also, Kramer finally decided to go a little soft. Keeping the ego aside, she confessed to Adam to Joe. This has let a little lightness in the air. But at the same time, Frost might be causing a mess by believing in Chillblaine. So let’s break down what happened previously on the show and what we can expect from the upcoming The Flash Season 7 Episode 15.

Previously on The Flash Season 7, we saw Barry and Iris decide to start working as a family. Meanwhile, at STAR Labs, it’s D&D night, and Frost is out there shopping. Apart from the lighthearted stuff, Ultraviolet is back wreaking havoc as Allegra joins Team Flash to hunts her down. Lastly, Joe and Cecile dig into more of Kramer. Ultraviolet begins by wreaking havoc at a coffee shop attempting to kill Allegra, with Sue making it in time for the rescue. As the fight continues, Allegra’s determination to save Ultraviolet increases, and she soon discovers how the doctor has transformed her. We realize that Ultraviolet is in the town to kill Dr. Olsen, the man who turned her the way she is today. 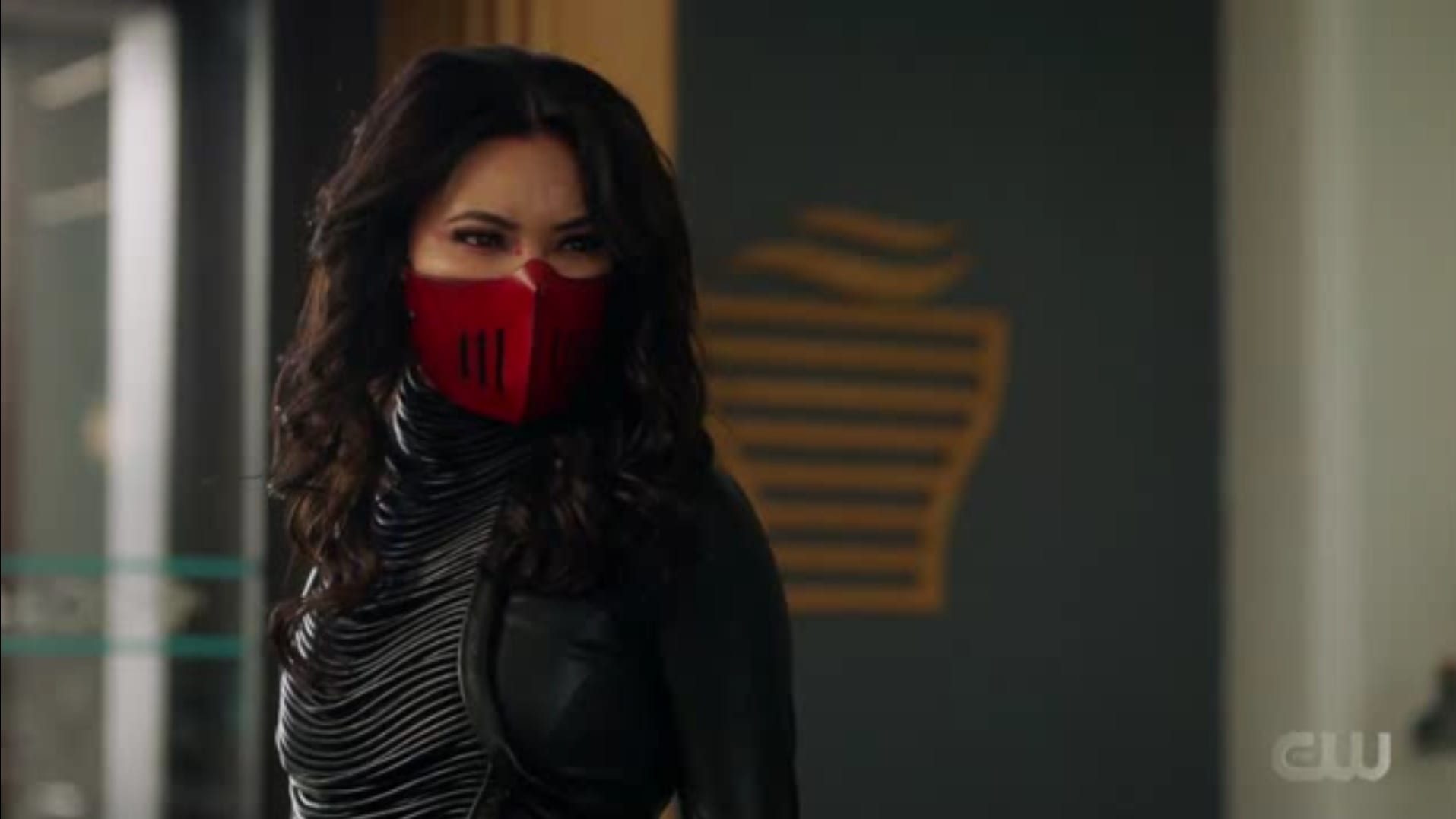 Ultraviolet From The Flash S07E14

Before Ultraviolet could go on any wrong path, Sue and Allegra manage to get hands-on with her. While she is down, Ultraviolet’s sob story makes Allegra emotional. Even though Sue disagrees, Allegra lets her go resulting in another havoc in turn. The one which almost ends up killing Chester. With the help of Allegra and Ultraviolet’s tattoos, she is tracked down. Soon Allegra realizes Dr. Olsen promised to give Ultraviolet her voice on behalf of her taking down everyone. So Allegra and Ultraviolet end up battling each other, with surprisingly Allegra gaining the upper hand. Thus Ultraviolet beats Dr. Olsen and delivers him into the custody of Sue. 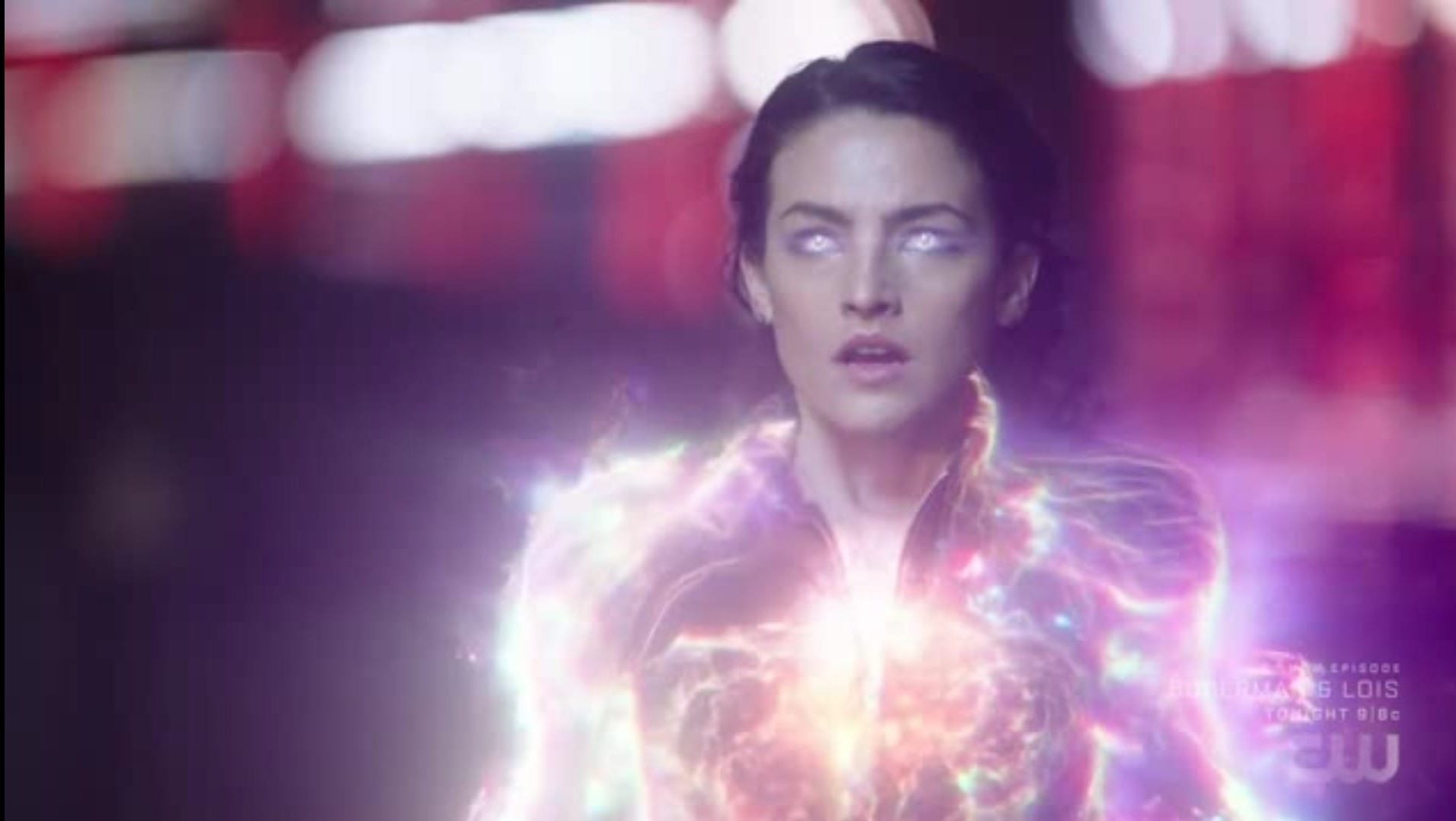 Allegra From The Flash S07E14

Other Events in the Episode

On the other hand, Joe tries to talk down with Kramer only for her to go loud. So this leaves him taking the case to the military government. Later on, she arranges another meeting with Joe and confesses about her surrogate brother Adam as the one who betrayed her. This leaves Joe promising to track him down. The episode comes to a close with Sue wanting to settle with her parents much as Allegra did. Allegra, on the other hand, tried to go out with Chester while Barry returned. Lastly, Frost went to meet Chillblaine apart from shopping.

The Flash Season 7 Episode 15 is titled “Enemy at the Gates.” The official synopsis of the episode says the plans Barry and Iris have for a family will get a hold way too quick than imagined. Yes, previously, we saw them trying to take a shot at it, but the coming episode says an army of Godspeeds is out there attacking Central City. Now is the time Barry needs to gear up with his team. Apart from that, Frost has given Chillblaine a second chance. But will it be worth it? That’s a question even Frost is questioning herself.