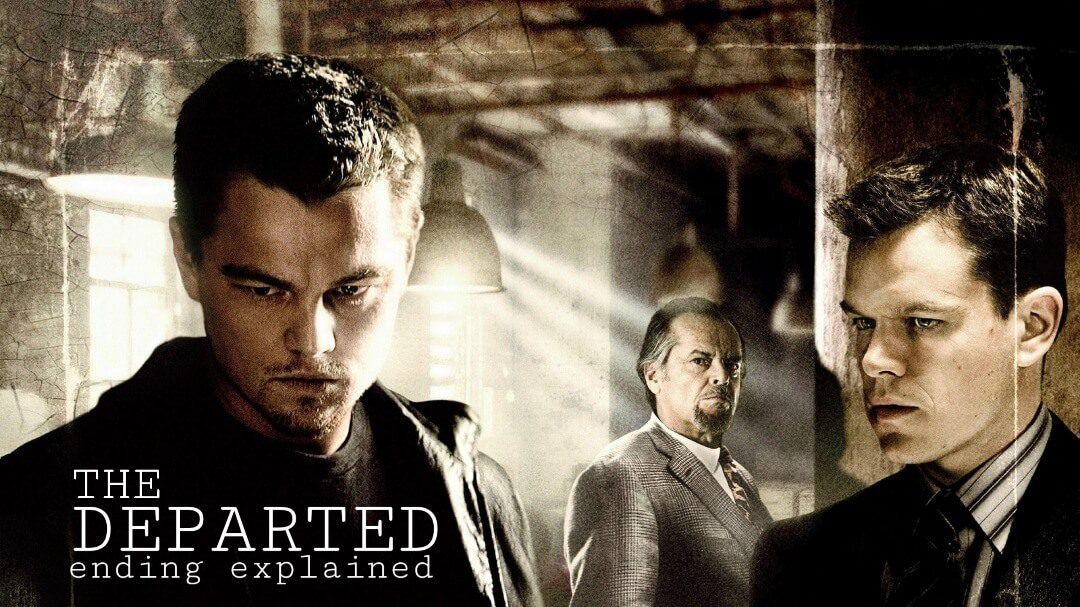 The Departed starts with Frank Costello (Jack Nicholson), a racist and cruel Irish Mob boss. As he collects protection money from a convenience store owner, he meets a child, Colin Sullivan (Matt Damon). Frank takes notice of the kid and tells the store owner to hand him free groceries. We move forward twenty years into the future. Costello has groomed Sullivan into his loyal man. And the purpose of the grooming was to plant Sullivan as a mole inside the Massachusetts State Police (MSP). Sullivan enters the police and joins the Special Investigations Unit (SIU), where Captain Ellerby (Alec Baldwin) welcomes him. Meanwhile, Captain Queenan (Martin Sheen) and Staff Seargent Dignam (Mark Wahlberg) enroll another recruit, Billy Costigan. They recruit him as their mole to go undercover and infiltrate Costello’s mob. To lend his cover the required legitimacy, he must serve some time in jail on made-up charges.

Following his release, Billy makes a move in the mafia world. After knocking down a couple of mafia men, Costello takes notice of Costigan. He meets up with him and finally joins his crew. Ellerby informs SIU that Costello’s crew has stolen missile guidance microchips that they plan to sell to a Chinese gang. Meanwhile, Costigan’s undercover life is taking a toll on him. He keeps asking Queenan and Dignam to get him off the case, but they insist on keeping his cover. Meanwhile, Sullivan starts seeing the police psychiatrist Madolyn Madden and strikes up a romantic relationship. Costigan also sees Madden, albeit only in a professional capacity, for his probation. The police prepare to catch Costello during his deal with the Chinese gang. However, they are not able to since it takes place off-camera. 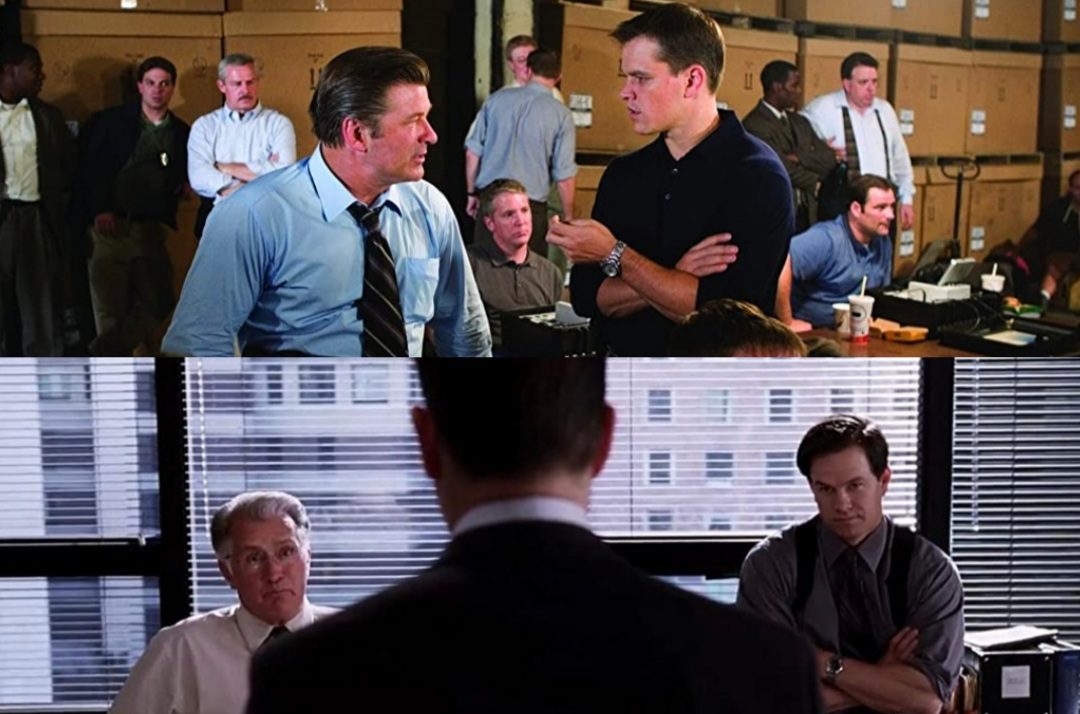 The story of The Departed really rolls into motion when Costello soon realizes that there’s a mole among his crew and tells Sullivan to find the rat. Sullivan asks him the social security numbers and other IDs to track them down. On the other hand, Costigan is working on tracking down the mole himself. He eventually makes a breakthrough and discovers that none other than Costello himself is an FBI informant. Costigan then shares this intel with Queenan. Later, he follows Costello into a theatre and witnesses him handing Sullivan an envelope. However, Costigan is not able to get a peek at Sullivan’s face. He then follows Sullivan to get a visual ID before he arrests him, as per Queenan’s orders. Realizing someone is following him, Sullivan accidentally stabs someone else to death and escapes. Neither of them manages to identify the other.

Costigan tells Queenan to meet with him while Sullivan tells Costello to get his men tail Queenan. Queenan helps Costigan get away before Costello’s men catch up with him and throw him off the roof. Angry and frustrated, Dignam attacks Sullivan and resigns. Sullivan also comes to know that Costello is an FBI informant. Fearing Costello may out him one day as well, he plans on getting him out of the picture. Costigan’s tip helps the MSP get Costello’s cocaine drop-off location. Led by Sullivan, MSP engages with Costello’s crew in a bloody gunfight. All of Costello’s men die, leaving only him alive, hiding from the police. Sullivan confronts Costello in secret, asking him if he’s an FBI informant. Costello admits, after which Sullivan shoots him down. This marks yet another crowning achievement for Sullivan. 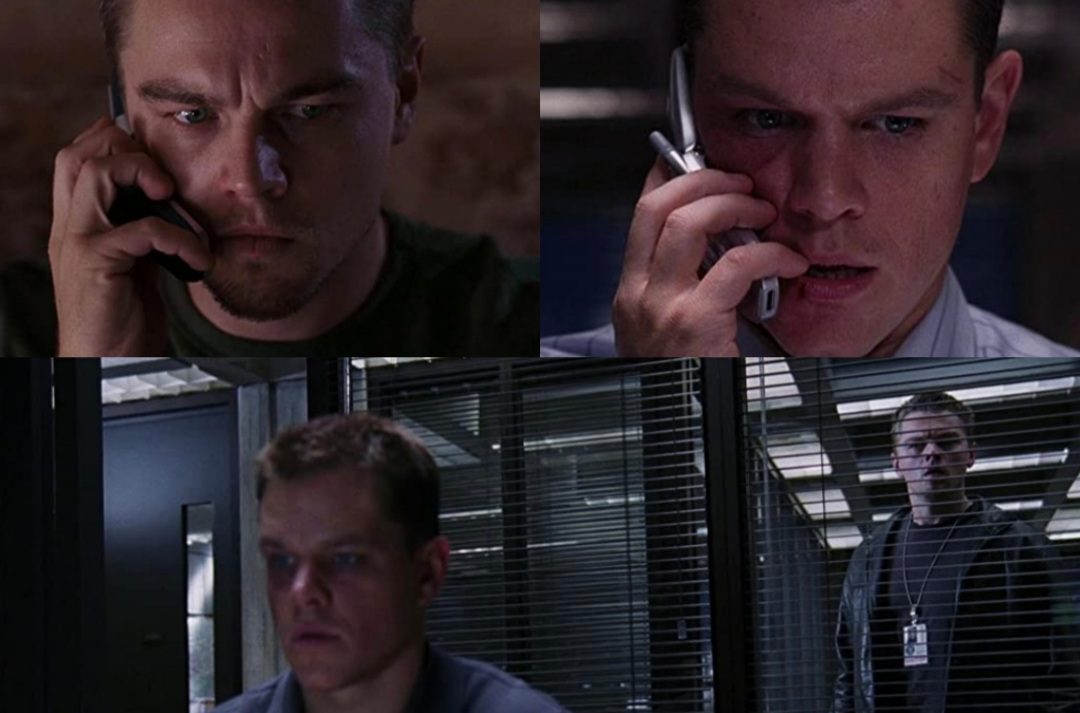 Towards the ending of The Departed, Costigan goes to meet Sullivan and reveal his cover. However, he notices Costello’s envelope lying on Sullivan’s desk, realizing that he’s the rat. After Costigan abruptly leaves, Sullivan also realizes that he must have seen the envelope and must therefore be the mole. He then erases all records of Costigan from the police databases. Costigan then meets up with Madden, who has now moved in with Sullivan. He hands her tapes that Costello made of himself with Sullivan. Handing her the incriminating evidence, Costigan tells Madden to open it if something happens to him.

Madden listens to the tapes and then leaves Sullivan. Costigan arranges a meeting with Sullivan on the same rooftop where Queenan was thrown off from. He manages to catch Sullivan off-guard and arrests him. He had also asked Officer Brown to the rooftop. Brown was with Costigan in the academy and could verify him. However, seeing Costigan holding a gun at Sullivan’s head, he doesn’t know who to believe. Costigan then takes Sullivan down the elevator, at gunpoint, to go and collect the evidence. When the elevator doors open, Officer Barrigan shows up and shoots Costigan dead, as then Brown as well. 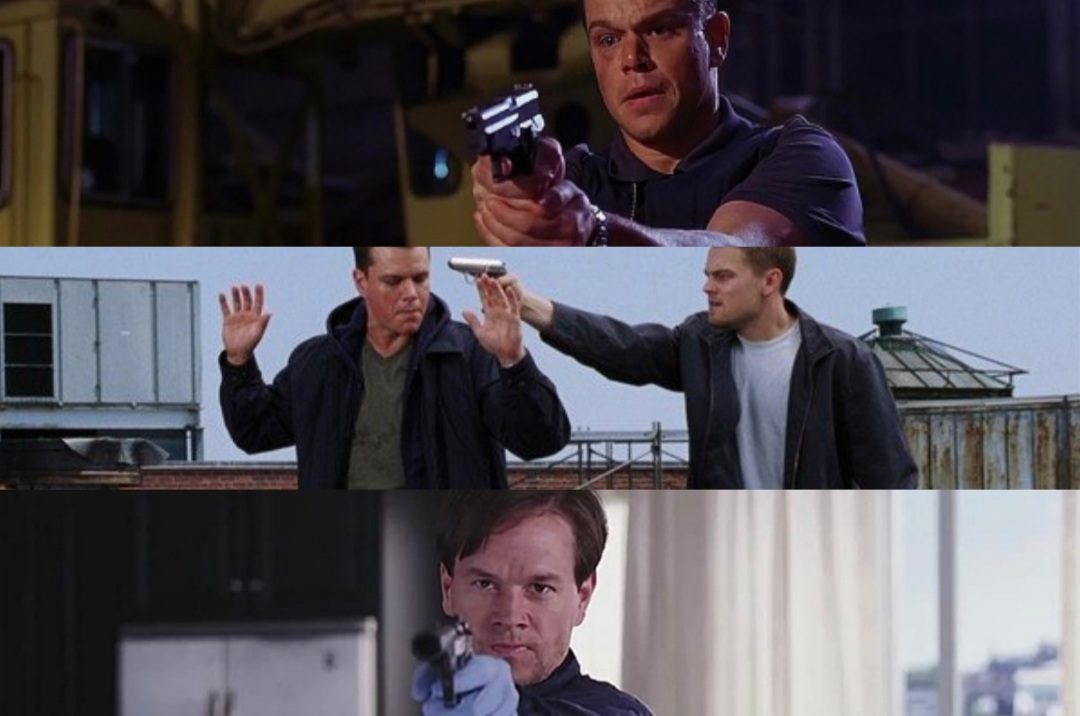 The Departed is riddled with double-crosses and twist reveals.

Also Read: My Dead Ex Ending Explained: What Do You Think?

The End of the Rat and the Mole

Barrigan then reveals that he was the second mole that Costello had. Sullivan, in turn, shoots Barrigan down. And yet again, painting Barrigan as the rat, Sullivan hogs the glory and the credits. At Costigan’s funeral, Sullivan attempts to talk with Madden, but she ignores him. When Sullivan returns to his room, Dignam is waiting there for him and pulls the trigger on his head, killing him on the spot. The Departed ends with the camera panning from a bloodied dead body of Sullivan to the window. A rat is crawling about atop the window ledge, symbolizing the rat that Sullivan was.

The Departed was a story about rats. Both of the rats, Costigan and Sullivan, successfully infiltrate their respective target organizations. The film is essentially a cat-and-mouse chase but the primary cat and mouse are both rats. At the end of The Departed, both of these rats succeed in finishing what they set out to do. Both of them find out each other’s identities. But the film doesn’t end with the end of their objectives. Costigan is tragically killed by yet another of Costello’s moles while Sullivan gets the bullet from Dignam. The rat on the window scene is a metaphor for the rat that Sullivan was, which might be too on-the-nose for an otherwise subtle and effective script. 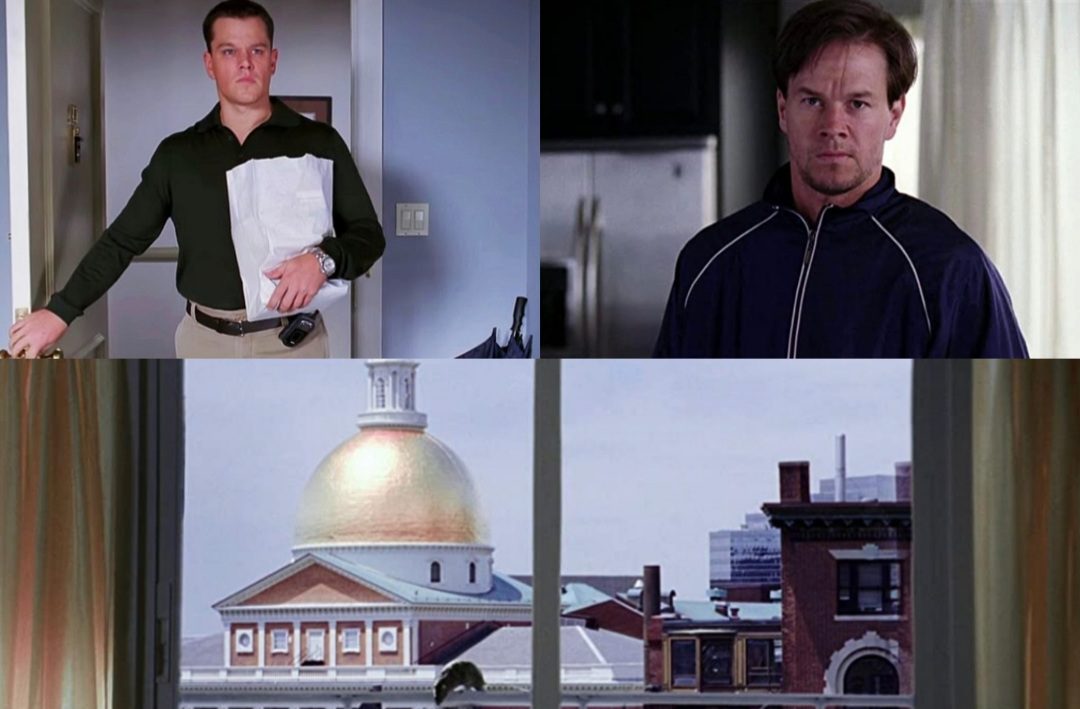