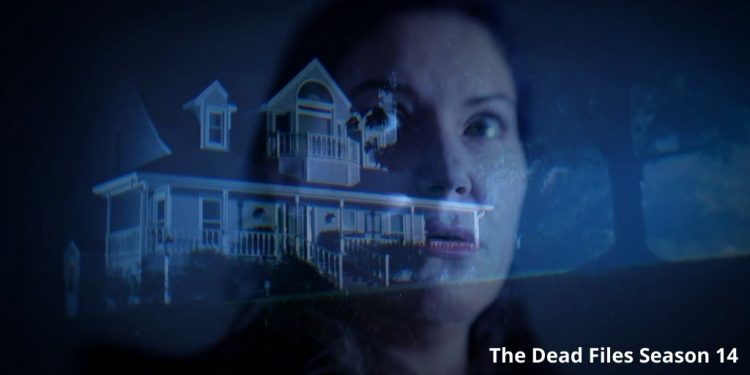 The viewers are very much eager to find out what’s next on The Dead Files Season 14 Episode 7. The last episode gave us a look at a very dangerous property that was home to a lot of dark and evil energy. Meanwhile, one of the owners named Deb, was worried for her wife’s life. Amy and Steve started off their investigations separately as always and tried to find a way to help out the couple. But the question was, what would it take to ensure the couple’s safety?

The Dead Files is one of the most talked-about television shows in recent times. Falling under the paranormal genre, the show has been entertaining us for a long time. It first kicked off in the year 2011, and in over a decade, this paranormal series has caught the viewers’ attention with its plot and cast. Additionally, the location and portrayal of haunted locations are also major contributors to the show’s success across the globe.

Coming to the cast members, the show stars Amy Allan, Matthew Anderson, and Steve DiSchiavi in lead roles. Apart from them, Jim Casey and David E. Gerber are known for being the executive producers. Painless Entertainment, Inc. is the production company behind the show. On IMDB, The Dead Files already have a high rating. Seems like people have been desperate to find out what happens next in the story after each episode. The same is the case now as the fans are waiting to watch The Dead Files Season 14 Episode 7. But first, let us dive into the events of the previous episode and find out what did Amy and Steve come up with after their findings on the property.

Episode 6 of The Dead Files Season 14 came out on 27th November 2021. Moreover, the episode was titled “Darkness Calls”. The episode began with Steve visiting a couple Deb and Elaine, in Wilmington, North Carolina. They had called him and Amy for help as they were scared to death for their lives. Meanwhile, we saw flashbacks from Amy’s visit to the couple’s property 17 hours earlier than Steve visits them. We see Amy describe the place as unsafe for the living straight away, even before she entered the house.

Then we saw Steve first talk with Deb, who explained how she feels like someone is trying to kill her wife, Elaine. Whereas Elaine told that she once felt a literal push on the stairs, which could have killed her if she fell down. But fortunately, she held onto the rails. Elaine also confirmed Deb’s statement about Elaine’s health going downhill since they started living in the house. On the other hand, flashbacks from Amy’s findings also seem to confirm that evil dark energy was sucking the life out of the people living there.

Then we saw Steve get out to meet a few people in town, and he found out about the several deaths this property has seen. Meanwhile, Amy found out that there was a vortex in the house that was collecting dead people. At the time of the reveal, Amy and Steve’s findings turned out to be similar even with their different approaches. In the end, Amy suggested Deb and Elaine leave the property and start somewhere fresh. Eventually, six weeks later, the couple decided to take up Amy’s advice and move somewhere else as the paranormal activities were only increasing with each day in the house.

Also Read: Wellington Paranormal Season 4: Will it Ever Release?

The Dead Files Season 14 Episode 7: Will It Release?

It was another chilling episode with a surprising ending as Amy suggested the couple leave the property for their safety. Although, the episode was the final one in the season as well. Therefore, “The Dead Files Season 14 Episode 7 will not be released anymore” as the show only had a run of 6 episodes. Meanwhile, we will have to wait for the showrunners to decide whether they come back with another season or not.

How To Watch The Dead Files Season 14? Streaming Details

Another amazing season of the popular paranormal documentary series has come to an end. However, the viewers are still eager to know where to watch The Dead Files Season 14? The answer to that is quite simple. “The Dead Files Season 14 was airing every Saturday at 10 pm ET on Travel Channel in the United States.” Although, the viewers can still watch the episodes on the official website of the Travel Channel. Moreover, the show is also available to stream on Amazon Prime Video and Youtube TV as well.