The upcoming Curse of Oak Island Season 9 Episode 9 sees The Swamp giving an artifact that could prove Fred Nolan's theory. 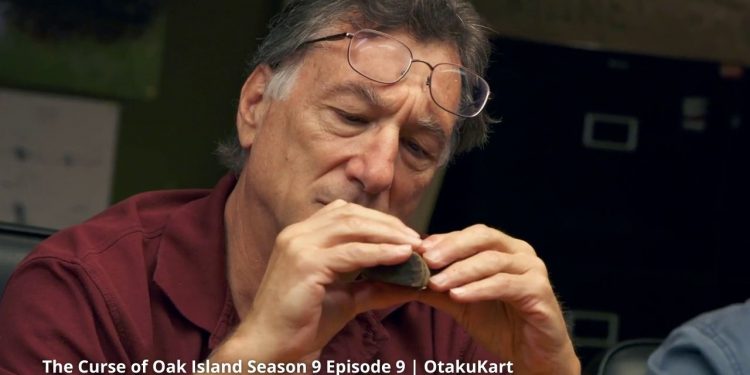 The Curse of Oak Island Season 9 Episode 9 could see Rick and Marty Lagina realize that Fred Nolan’s theory about the Swamp could be right. Recently on the show, after the team was restricted from most of the areas on the island. The team shifted their focus to the swamp area again. There is something there and the recent discoveries see some fine cut wood and planks telling the same story. So the question remains what else is down there?

Apart from the Swamp, the C-1 cluster that was one of the major focuses this season has begun to confirm some theories. Every borehole dug so far has hinted at the possibility of a tunnel. The same also hints now at a possible shaft and theory of Money Pit collapse could be coming true. Lastly, Gary’s focus on Lot 4 and Lot 22 where there is a possible hatch gave more hints of human activity there. So are we in for another potential area for the treasure?

Previously on The Curse of Oak Island Season 9, the team of Lagina was drilling a new borehole DE-1.5. In the hope to figure out that there is a tunnel in the C-1 cluster. The same place where metal and wood were found in past. With more wood coming in which is similar to ones from the past, there is a chance that they are closer to confirmation of the tunnel or possible shaft. Talking together and discussing the area lead the team to the conclusion that if G-2 is shaft six, then C-1 can be Money Pit.

Gary Drayton and Michael John were on Lot 22 near Lot 4 where Drayton has already come across interesting materials. They are looking for a hatch and there are already signs of human activity. This time they came across a chunk of lead and another strap, quite similar to one they found in the past. Meanwhile, in the money pit area, the G-2 gave the team a lot of stacked wood. This is slowly confirming that there is definitely a shaft in G-2. Inside the same wood, they found an old nail.

Rick spent no time taking it for an XRF test. The 96% iron and 3% Manganese tell Rick that the nail is from after 1840. Rick is still believing in the collapse and there could be a debris field.  They need to keep drilling. Blacksmithing Expert came to the island to look at the strap Gary found. He came to tell that it’s probably a strap of box or chest that dates back to the 17th century.

Coming to the swamp, the team came across a finely cut Plank. Shortly after that, they came across possible Survey Stakes. They can opt for Dendrochronology but Marty, for now, believes the team should find more of them in the Swamp.

The Curse of Oak Island Season 9 Episode 9 is releasing on 4 January 2022. It is titled, “The Unusual Suspects”. The official synopsis of the episode suggests the team might be coming across evidence of an ancient Portuguese presence. The team is coming to realize that the Swamp has a lot of potential and the recent discoveries of Survey Stakes say a lot. Now the coming episode suggests, the discovery of an artifact at the same place could prove that Fred Nolan’s theory.

New episode follows every Tuesday and may continue after episode 8 for the ninth season of The Curse of Oak Island. You can also watch The Curse of Oak Island Season 9 Episode 90 on the official website of History Channel and video-on-demand services of Amazon Prime, VUDU, iTunes, Google Play Movies and TV, Microsoft, and YouTube TV.

Who are Matt and Abby from Tiktok? What is the Couple Famous For?