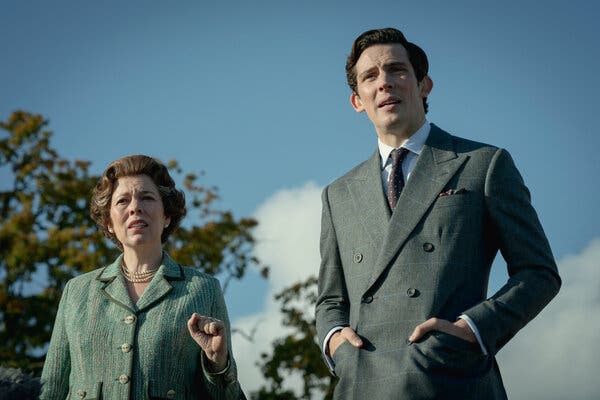 Well, all the people who watch The Crown on Netflix are aware of the fact that this show has proven to be revolutionary for the streaming platform. This is a big-budget show that has been laid with a variety of awards. It has bolstered the reputation of the streaming giant for creating content that is even worthy of Hollywood. The show’s first two installments have featured a performance by Claire Foy in the form of Queen Elizabeth II. This role won her both, an Emmy Award as well as a Golden Globe. Then in the third outing of The Crown, the cast with actress Olivia Colman as the Queen.

We had Tobias Menzies enacting the character of Prince Philip while Helena Bonham Carter played the part of Princess Margaret. This time, the same members came back for a fourth season with some notable additions to the list. We had actress Emma Corrin reprising the role of Diana, the Princess of Wales. Then we had Gillian Anderson enacting the character of Margaret Thatcher. Although, you guys should know that the next season is going to witness another change in the most supreme position. 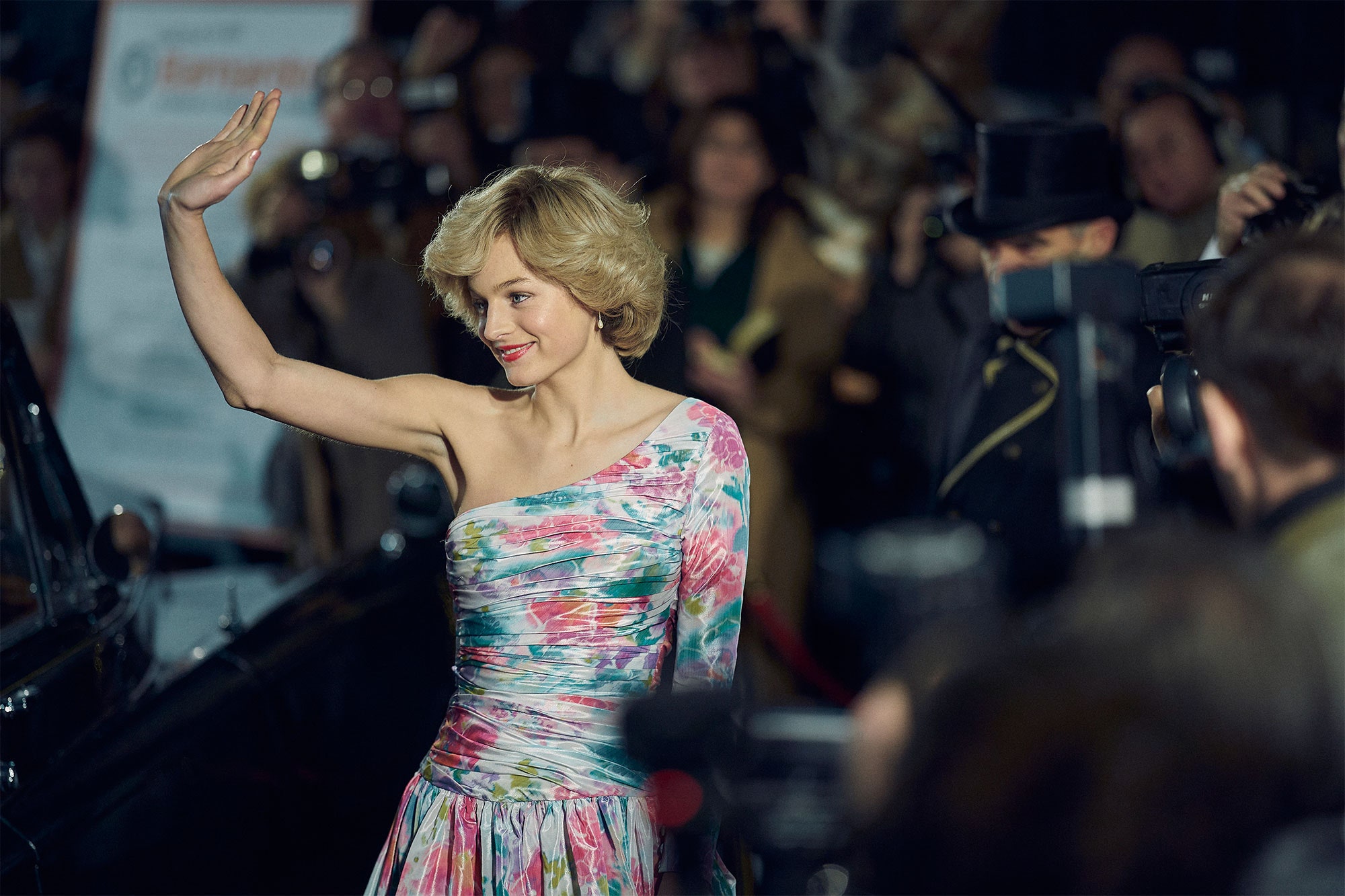 The Crown season 5 — New cast members will be joining the list!

Actress Imelda Staunton is best known for playing the part of Dolores Umbridge on the Harry Potter series. Her role in Vera Dyke has been nominated for Oscars. She is set to succeed Olivia Colman for The Crown season 5. Staunton revealed that she has loved watching The Crown from the very start of its show. She continued by saying that as an actress, it brought her joy to witness how Claire Foy as well as Olivia Colman has brought something special and unique to the excellent scripts of Peter Morgan. Imelda says that it is jer immense honor to join such an exceptional creative team and take The Crown season 5 to its concluding story.

Other new cast members joining the show include Baz Luhrmann from The Great Gatsby. We are also going to have Steve McQueen from Widows. McQueen will be taking over the role of Princess Diana from Emma Corrin. She says about her role that Diana and her spirit along with her words and actions reside still in the hearts of so many people. According to her, it will be a privilege and honor to join this masterful show that has her absolutely hooked to it since season 1. Steve is 30 years of age and is from Australia. All this while, we also hav3 Dominic West who is going to take over the role of Prince Charles. Currently, in the fourth season, it was reprised by actor Josh O’Connor.

The Crown season 5 — Cast of Prince Philip as well as Margaret Thatcher have been changed too!

Along with all these changes, even the role of Margaret Thatcher has been altered. We will have Lesly Manville coming over in the form of the Princess. Manville shared that she is very happy to play the part of Margaret and now, the baton has passed from the formidable actresses and she really does not desire to let it all slide down. All this while, Manville says that playing the part of a sibling with Imelda Staunton is going to be nothing short of complete joy. This actress is best known for her Oscar as well as BAFTA-nominated turn which was set opposite Daniel Dan Lewis back in Phantom Thread which released in 2018.

All this while, you guys should know that even the character of Prince Philip is also taking a turn. We will have actor Jonathan Price doing his character. The actor is popular in the industry of entertainment for playing the part of High Sparrow in Game of Thrones by HBO. He is now set to serve as the final Duke of Edinburgh in the show. Price is currently 73 years of age and an actor from Wales. He earned his first Academy Award in 2020 for being the Best Actor in The Two Popes by Netflix. After the announcement about his character, the actor revealed that the positive response that The Two Popes has given him is actually the confidence that is now helping him through the daunting prospect of playing the part of Prince Philip. 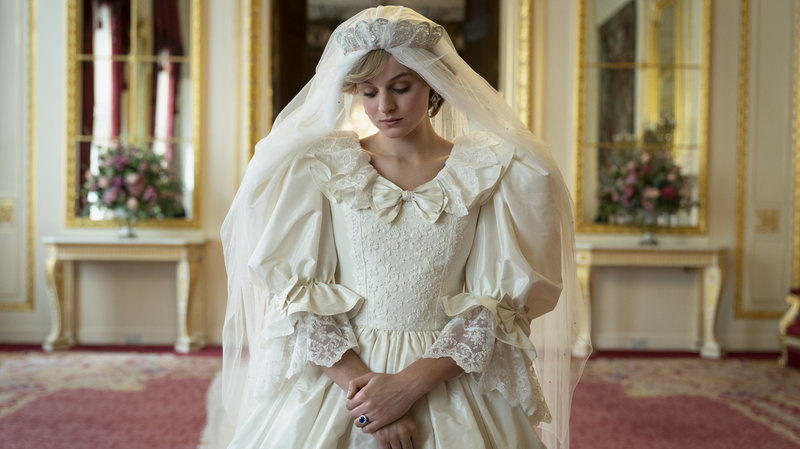 Emma Corrin in the wedding dress of Princess Diana

The Crown season 5 — What will the show be like?

It should be known that we have seen Price starring in a variety of roles in the tragedies of Shakespeare. He has even won an Olivier Award for Hamlet on Broadway. Till this point in time, we have seen that the four installments of The Crown have spanned over four decades. Keeping this fact in mind, The Crown season 5 could start its story from the early 90sand might come to an end in the early Noughties. Previously, we have seen Morgan alluding in one of his statements that Staunton is going to take The Crown season 5 into the 21st century.

In this outing, we might witness the divorce between Prince Charles as well as Princess Diana that eventually happened in 1996. Then we will witness the events of her death that happened in 1997. All this while, Morgan is going to tread through familiar ground having written the screenplay for The Queen back in 2006. This project starred Helen Mirren in the form of a monarch who is struggling with the public grief in the wake of the accident. Other notable events that happening in the decade were the golden wedding anniversary of the Queen back in 1997. Later, we also saw the death of Princess Margaret as well as the Queen Mother in 2002 Later, we saw the Golden Jubilee of 2002.

The Crown Season 5 — When will it release?

Obviously, there still are some other storylines that the royal fans are expecting from the show. We all want to see the first encounter of Prince William with Kate Middleton. This happened in 2001 when the pair were studying at the University of St Andrews. As for the release date, we can not expect The Crown season 5 to come out before late 2021 or maybe even early 2022. Another happy news for the fans of The Crown comes when it is announced by Morgan that a sixth installment will also happen. Despite the fact that he previously said that The Crown season 5 would be the last, he changed his mind later.