The Commuter Ending Explained: What is The Thriller Movie About? 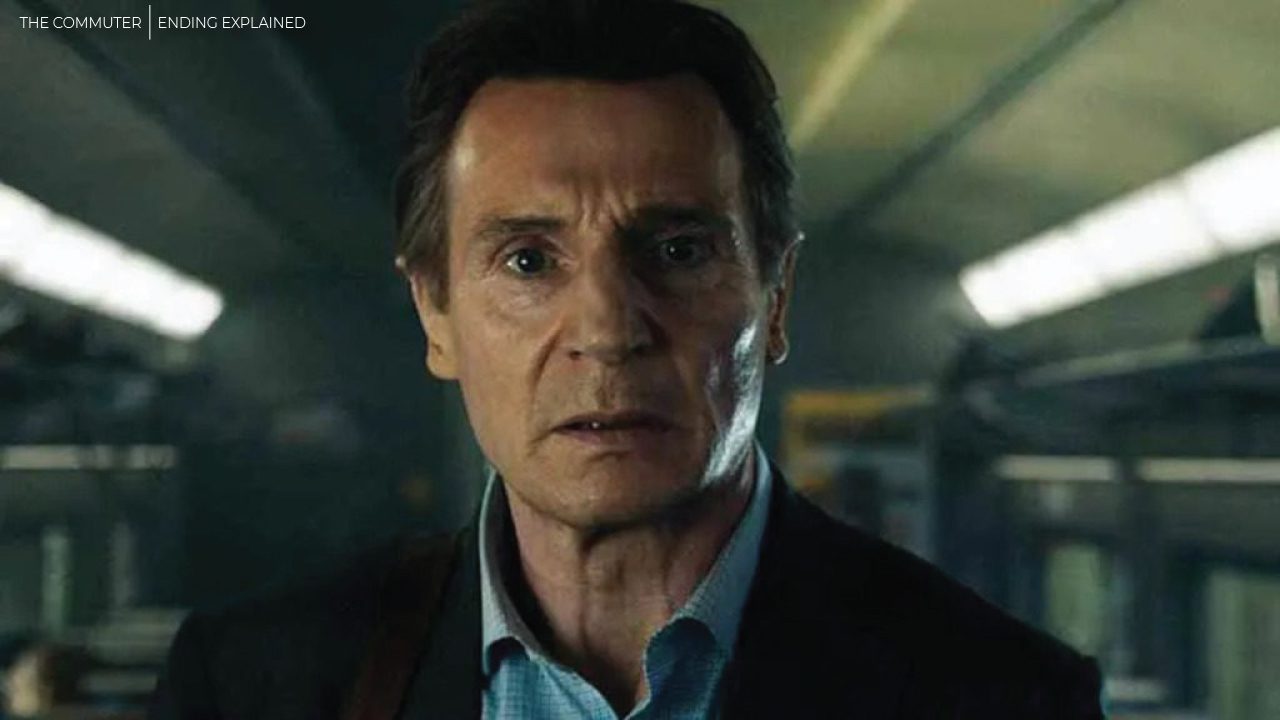 We will take a dip into the ocean of action-thrillers to get The Commuter’s ending and plot explained. Thriller movies always had a vast fanbase, and people love to enjoy a good and unpredictable story to enjoy. Jaume Collet-Serra directs the 2018 action-thriller movie The Commuter, and the director is a maestro at serving some good thriller movies. Liam Neeson is playing the lead role, and his performance was phenomenal in this thriller story. The movie has gained quite a lot of attention since it came out on Amazon Prime Video and Netflix. If you haven’t watched the movie, you should first watch it because this article will contain many spoilers, which can ruin the experience of enjoying this thriller masterpiece.

The story revolves around an insurance agent who loses his job, thus going through the dilemma of how to take care of his family’s expenses. One day, while coming from work via a commuter rail, he comes across a mysterious woman. She asks him to complete certain tasks. After completing them, she will reward him with a vast sum of money. However, these tasks take the insurance agent through a lot of troubles. However, the film’s ending leaves the audience on a cliffhanger, and thus, everyone is wondering what will happen next, or there is any next. So don’t worry; we will go through the plot and get the Commuter ending explained.

What is the Plot of Commuter?

Michael MacCauley, a former cop, is working as an insurance agent at present. However, he loses his job one day and wonders for ways to look after his family’s expenses. While coming home through the train he takes every day, Michael comes across a mysterious woman, Joanna. She asks him for a job to search for “Prynne,” who is also on that train with them. Further, for completing the job, Michael will receive $100,000, but $25000 is in the train’s bathroom as an advance. Michael plans to take the money and run from there, but soon he gets to know his family is being held hostage. Therefore, he needs to finish the job not only for the money but also for his family’s safety.

Michael finds “Prynne”, who is a 16-year-old girl, Sofia, and then he mentions all these events to his cop friend Murphy. Michael’s friend informs him that Sofia is the witness to the murder of a city official, Enrique Mendez, by a police officer. Therefore, she’s being taken to witness protection, and Michael is being framed to murder the witness. Soon Joana calls again to blackmail him and even notifies him about a bomb to kill all passengers boarding the train.

Michael asks every passenger to move to the last carriage and unhooks it from the rest of the train, protecting everyone from the bomb. He next instructs all passengers to put newspaper on the windows, so no one can see inside. Meanwhile, police dispatch an enormous force, believing Michael is holding the passengers hostage. They also send Michael’s friend Murphy to negotiate with him. Murphy reveals himself as the murderer of Enrique.

Michael and Murphy get into hand-to-hand combat, in which Michael takes Murphy’s electronic ID tag. Meanwhile, police snipers get ready to shoot Michael, but because of the newspaper covering the windows, they switch to thermal vision. However, the sniper shoots Murphy as they saw his ID tag on Michael. After that, Sofia and the passenger tells the police about everything that happened on that train. In the ending scene, we see Michael again as a cop, and he goes back on the train to arrest Joanna.

What will happen after The Commuter ending?

As we all saw at the end of the film, Michael got his job back at the police force. He further boards the train again to arrest Joanna. However, we didn’t see what happens next as the screen goes black after the frame shifts from Michael to Joanna. Further, we know Joanna wanted to kill Sofia, and she also knew about Michael’s need for money. All of this information was only known to Murphy, leading to the assumption that Joana and Murphy were working together.

Joanna’s actions like hiding an enormous sum on the train, planting bombs, and then kidnapping Michael’s family, organizing all these are too much for a two-man squad. Therefore, we can also expect them to be a part of an evil organization. Even when Michael goes to arrest her, Joanna seemed very calm, like she has gone through all these many times. Thus, she knows what to do next to evade the arrest.

We can expect the cliffhanger or the loose ending of the movie can lead to a sequel. In which we will see Joanna escaping her arrest and Michael discovering her being part of a bigger scheme. Thus, Michael, as a police officer, goes after unraveling Jonna’s actual plans and puts an end to her plans for once and for all. In the sequel, we might see Michael coming across fresh faces, both allies and enemies. However, yet there is no such information regarding any plans for a sequel.