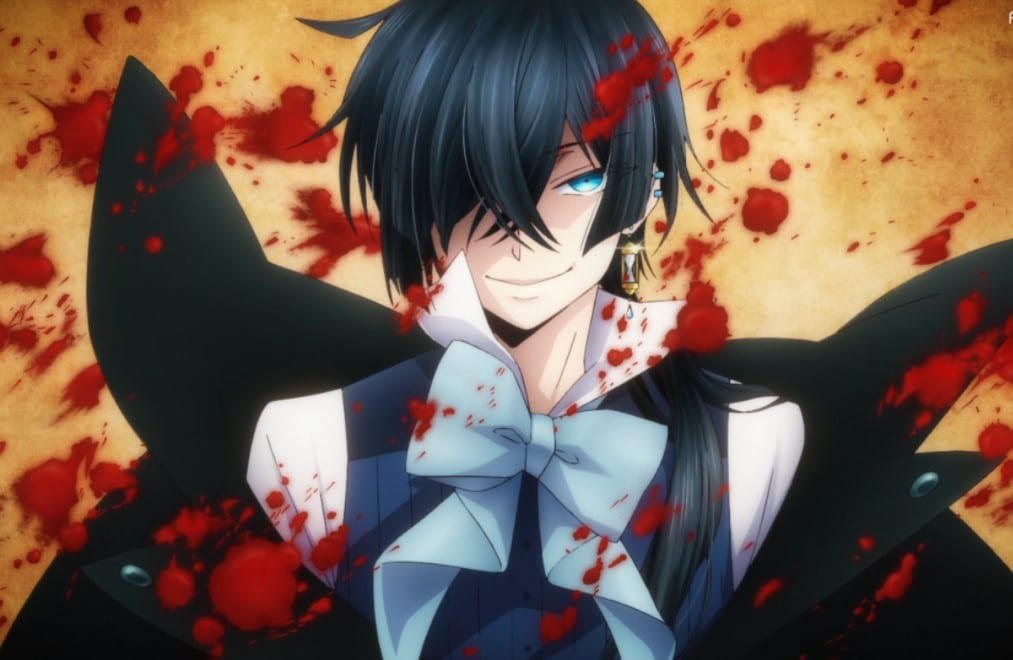 The vampire story continues with the rival vampires born under the Blue Moon and Red Moon. The Case Study of Vanitas begins with a young boy peeling off the wood peels, trying to sharpen them. Noe realizes that he has never heard of a curse-bearer. The guy with Noe told him that the curse-bearer are the vampires who suddenly lose their minds and go berserk. Noe who where the curse comes from, and his friends said he heard the story from his grandfather. The boy reveals that the curse comes from the vampire of the Blue Moon and ends up cutting his finger.

Noe wonders if his friend is okay, but he got surprised when he licked the blood. The girls playing nearby call Noe to come and play with them. His friends talked about a cursed-bearer before him and asked if he sees the Blue Moon as something beautiful. In the future, Noe arrives in the prison and asks Vanitas why he is behind bars. Vanitas replies that Noe got poisoned by Eglantine due to his absurd antics ten hours ago.

Noe reminds Vanitas that he is the one who stole aboard the airship, and now they are both arrested. Vanitas said they got detained because he told them that they are partners in crime. Noe notices that his wallet is missing, and Vanitas replies that they took everything they have. Noe wonders if they took The Book of Vanitas and why Vanitas is so relaxed since The Book Vanitas is essential. Vanitas asks Noe why he is after his book. Noe replies that his master told him to assess its true nature. Vanitas reminds Noe what the master meant, and he realizes that master didn’t say he should steal or destroy.

Previously on The Case-Study of Vanitas Episode 2

Noe wonders what his master wants to do with The Book of Vanitas. Vanitas told Noe that if he seeks The Book of Vanitas, he should join him. Noe agrees and said he would do everything for the sake of his master. Suddenly the cop arrives and opens for the two. The cop told the two to get outside since they can’t hold them for too long here. The two receive an invitation from Count Orlok. The two head out after taking the note.

On the way, Vanitas comments that the vampires likely arranged with the humans. Noe said it is his first time in Paris, and when they reach outside, Noe is surprised to see flowers floating all over. Vanitas said welcome to Paris, the city of flowers. Noe fell in love with Paris, and Vanitas realizes they have an invitation from the Count to come to get their things, and Noe enjoys hanging around. 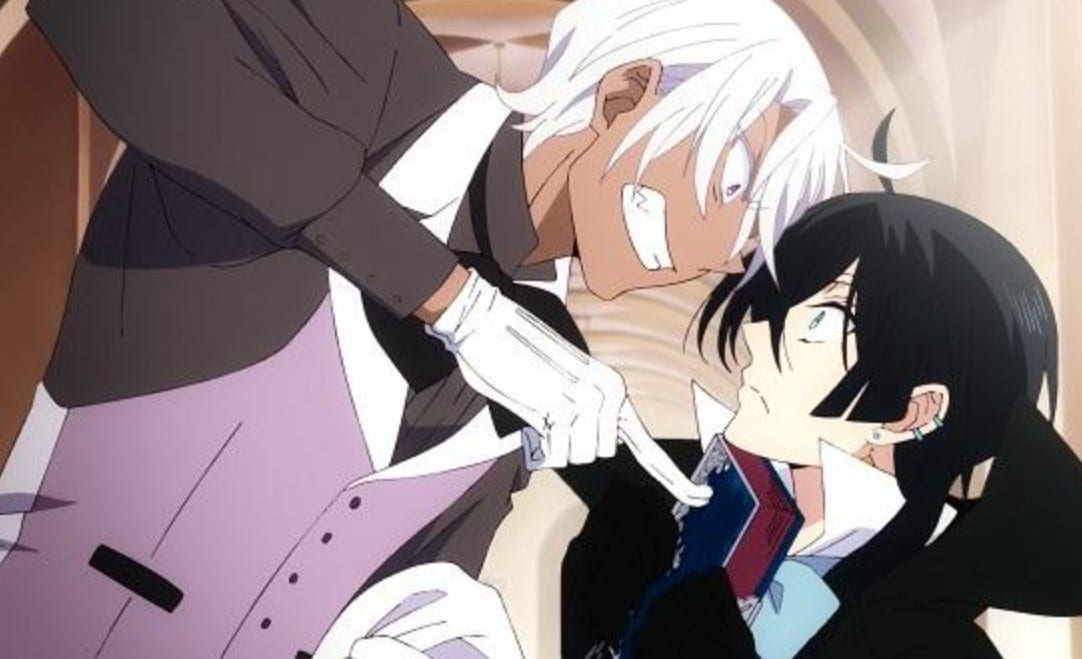 Vanitas dragged Noe after realizing that they are running out of time.  Noe wonders why they are in a hurry, and Vanitas replies that someone keeps wandering off when he is not looking. They both arrive at Galerie Valentine, and Noe wonders if this is where they find the Count. Vanitas replied yes and said after the war with humankind, vampires were forbidden to attack humans. After the war, vampires vanished beyond the barrier. But many vampires continued to live with humans.

A vampire got appointed by the queen to maintain the balance between the vampires and humans in Paris. That vampire is the Lord of Altus, Parks Orlok. The two arrive in Orlok’s office; two vampire guards stopped the two at the door and told them not to move. Vanitas asks them if this is how they welcome the guest. The lady with sharp teeth and orange eyes told Vanitas to keep quiet. She said ill-mannered fools who do not knock are no better than trespassers.

Orlok raises his hands, and the two move back to their position. Orlok notices that the human claimed to be ”Vanitas.” Vanitas sits on a sofa like a king and said he would get straight to the point. Vanitas told Orlok to hand over The Book of Vanitas and Amelia Ruth since he wants them back. Orlok replies that curse-bearers can’t be allowed to live, and they will eliminate her. They agreed to wait for a day, and Vanitas will heal a curse-bearer in front of Orlok.